Wreck-It Ralph is a computer-animated comedy film released in 2012. It is a Walt Disney Pictures Production. Rich Moore is the director of the film who also wrote few episodes for The Simpsons and Futurama. Phil Johnson and Jennifer Lee wrote the screenplay of the movie. Wreck-It Ralph premiered on October 29, 2012, at El Captain Theatre. There is another movie under the franchise of Wreck-It Ralph which is Ralph Breaks The Internet.

The story of Wreck-It Ralph revolves around an arcade game villain who protests against his image as a ‘bad-guy’ and aspires to become a hero. At night when Litwak’s Family Fun Center and Arcade shuts down, the various video-games characters leave their normal role and travel through their cabinet’s power cables, known as the “Game Central Station”.

Wreck-It Ralph is the villain of the game Fix-It Felix Jr. is completely isolated by the other characters of the game as he is the antagonist. But everyone loves Felix who is the hero of the game. Felix also wins awarded models for being such a good character.

The movie was a huge success and it received critical acclaims as well. 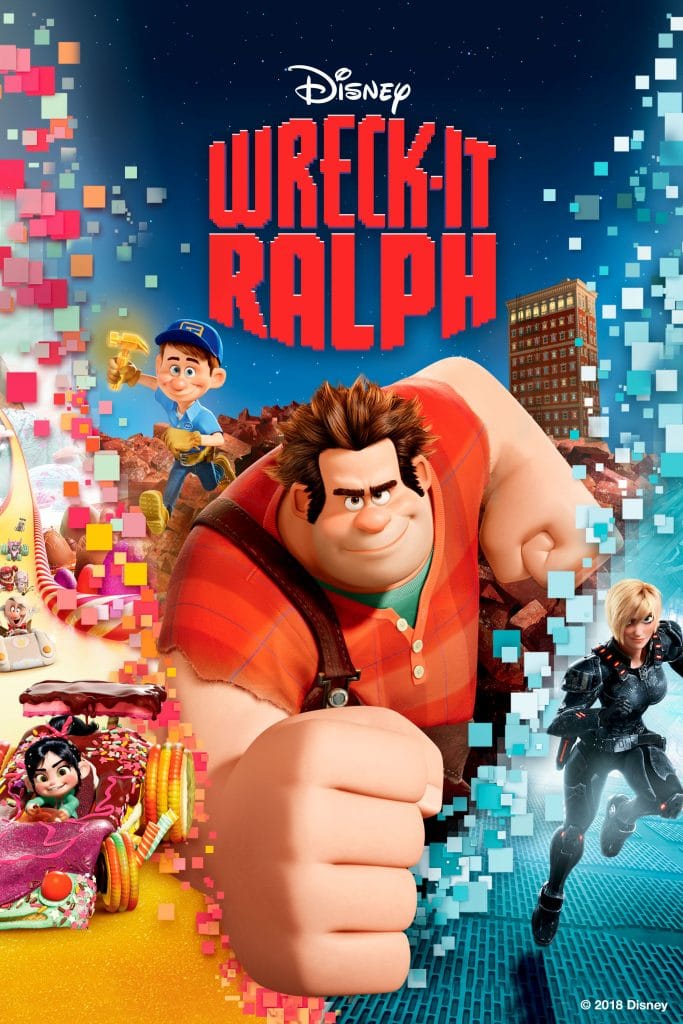 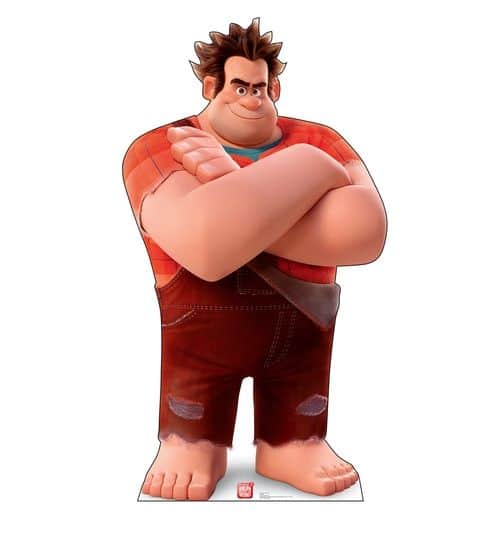 Wreck-It Ralph is the protagonist of the movie but is the antagonist of the game Fix-It Felix Jr. He is very much dissatisfied with being the bad guy. Everyone hates him and he can’t tolerate that anymore. After 30 years of playing the role in the game, now he wants some change in his character. Ralph is gigantic in structure but has a soft heart. 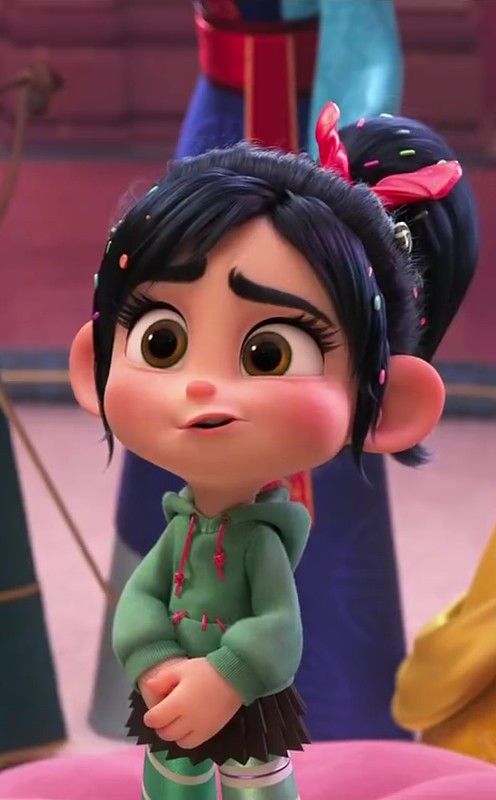 Vanellope is young, razor-tongued and she originates from the candy-themed game Sugar Rush. King Candy forbids her to race as she was considered a glitch and this happened due to a fault in her code. She always longs to be a real racer like other friends. Ralph and Vanellope become good friends and help each other. 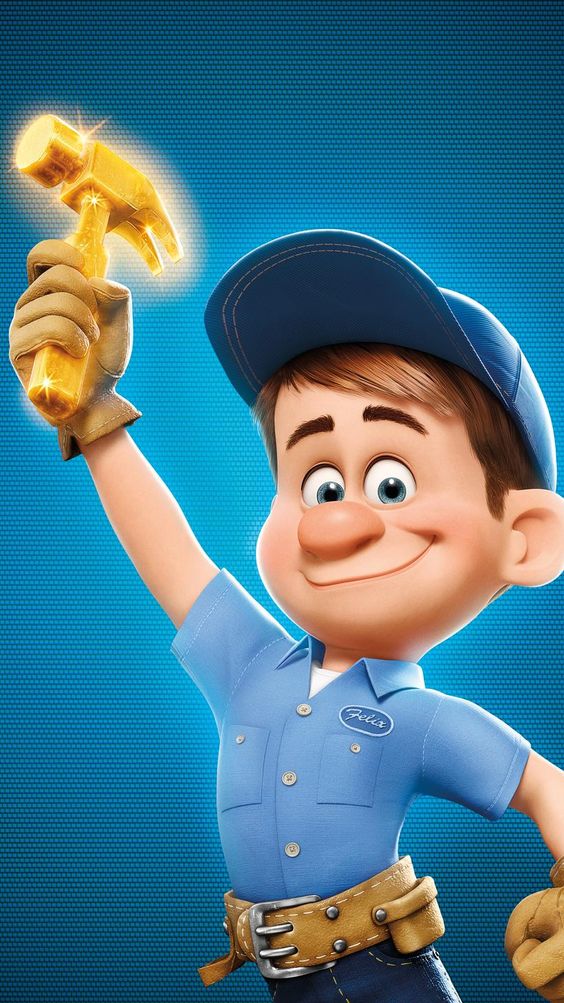 Felix is the nemesis of Wreck-It Ralph. The game of Fix-It Felix Jr. takes place in Niceland. In the game, Ralph goes up a building breaking window as he climbs up. It is the duty of the players as Felix to fix the windows with a magical hammer as Felix. 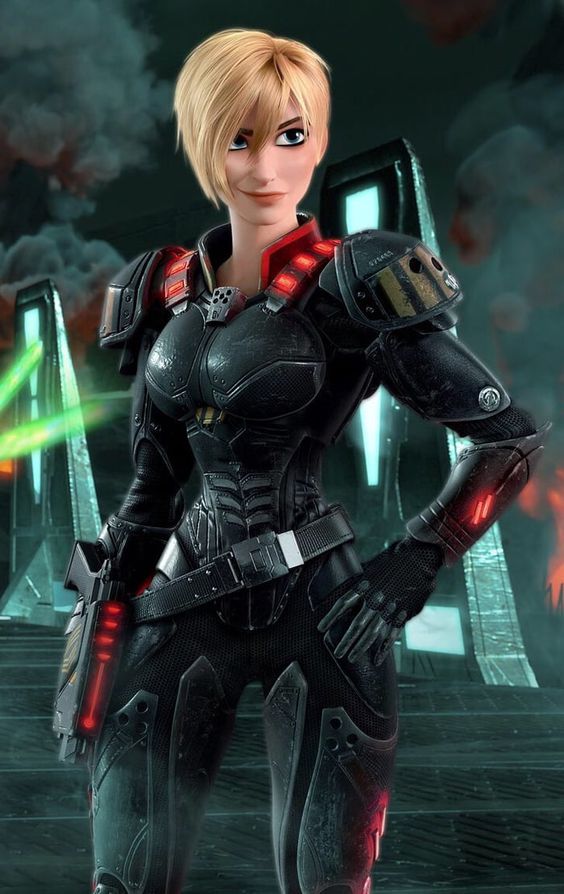 Sergeant Calhoun is not just a pretty face. She is tough and hard and she fights for humanity’s freedom. Her trainer gets assistance from her as well. She is an unrelenting commander. 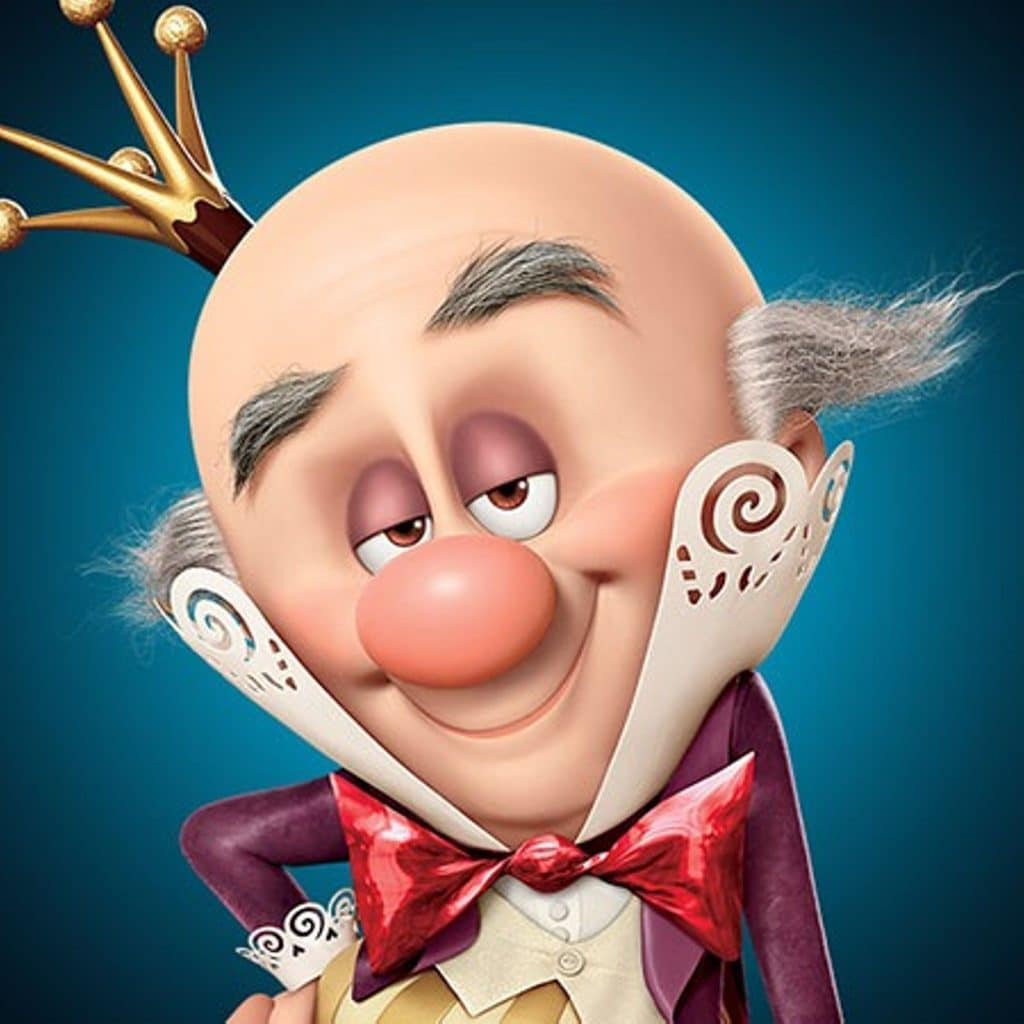 King Candy has a flamboyance in his character. In the film, he is a bubbly yet strict character. Although he reveals his true colors as the film progresses. His villainous mastermind drives him crazy. 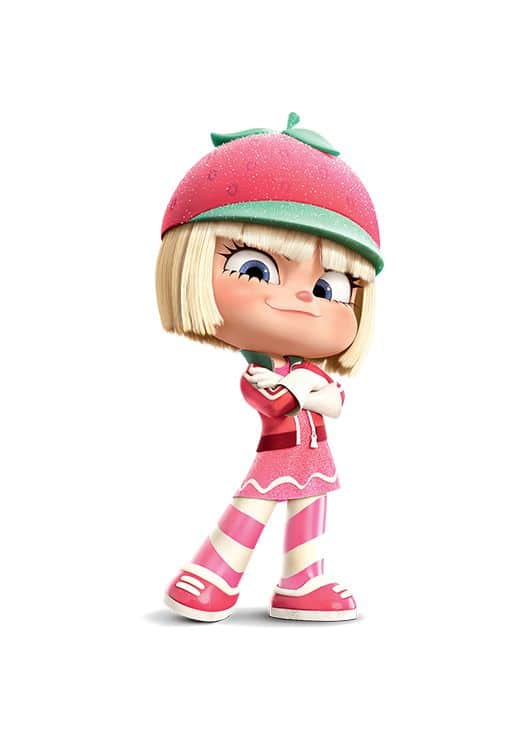 Taffyta is the lollipop licking girl who is a top-notch racer in the game Sugar Rush. She is an extremely fierce competitor and does not shy away to get rid of anyone who comes in her way. Muttonfudge has also wicked driving skills. 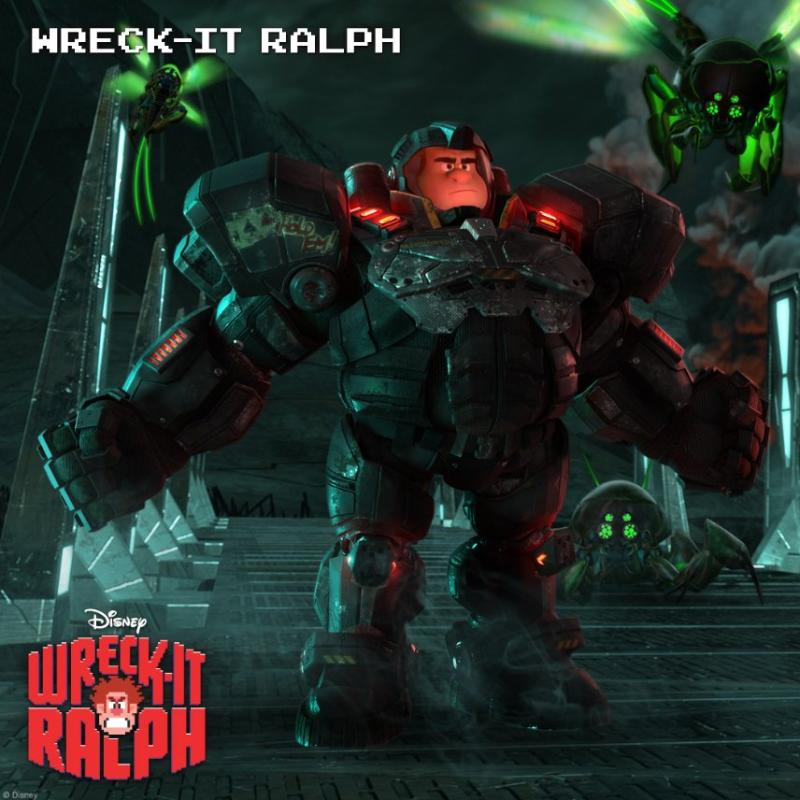 Markowski is a soldier with whom Ralph meets at the Tapper. Ralph takes his uniform from him. It even seems that Markowski has some kind of psychological problems. 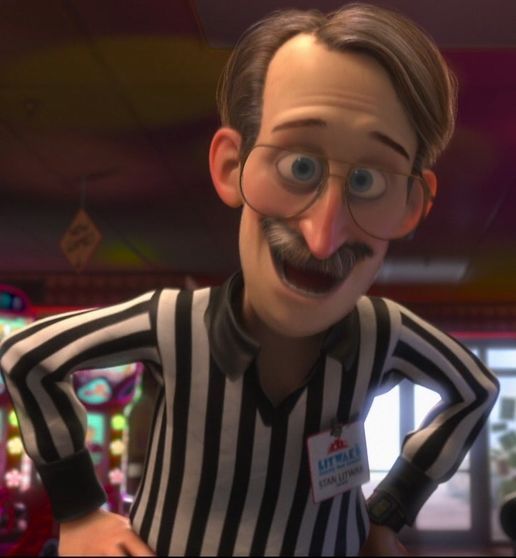 Mr. Litwak is the owner of Litwak’s Arcade. He has no idea what happens in the Game Central Station in his absence. If any customer complains about any glitches in the game, he simply leaves those characters unplugged. 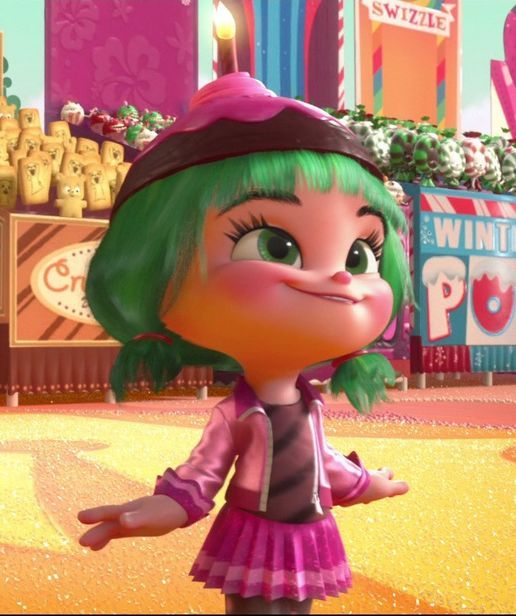 Meet the most cheerful racer of the game and she is also the kindest. She follows every word of Taffyta. Candlehead loves the candle which is on her head. She has a small nose and large green eyes. 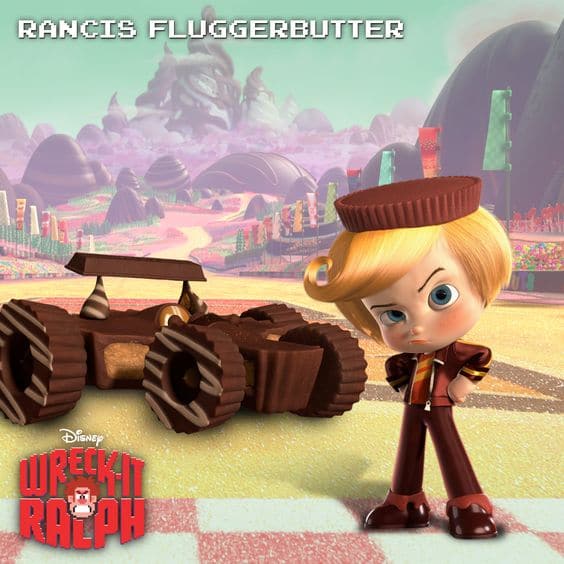 Rancis is a young boy with freckled skin. In the movie, he closely works with Taffyta and Candlehead. His character is quite vain. 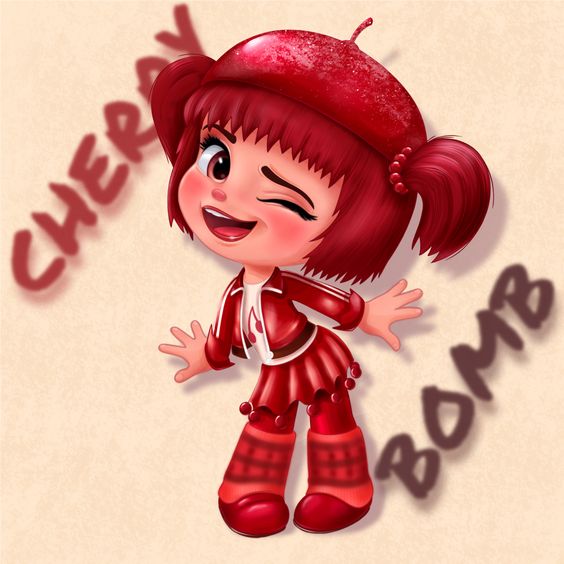 Bing Bing is effervescent and enthusiastic. Every time her name is announced she dances and yells ” Oh Yeah”.  She is a pretty girl and is characterized by her candied cherry theme. Jublieena is as sweet as a cherry pie. 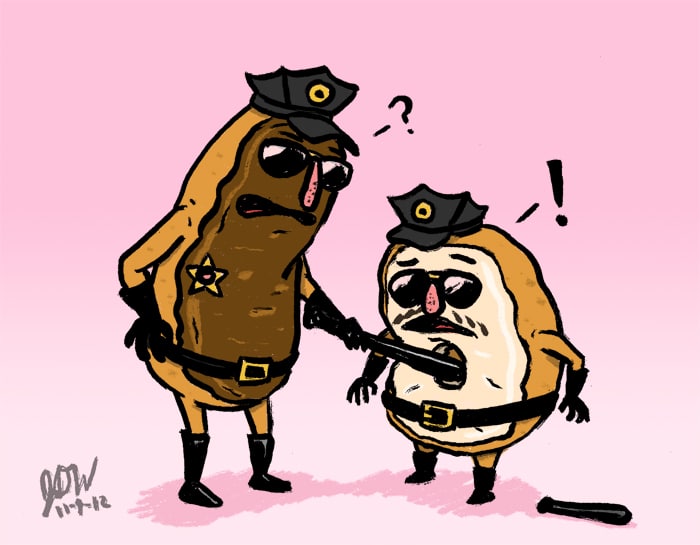 Whynnchel and Duncan are the primary security forces of the fame Sugar Rush. King Candy trusts them a lot but they are awfully pathetic at their job. 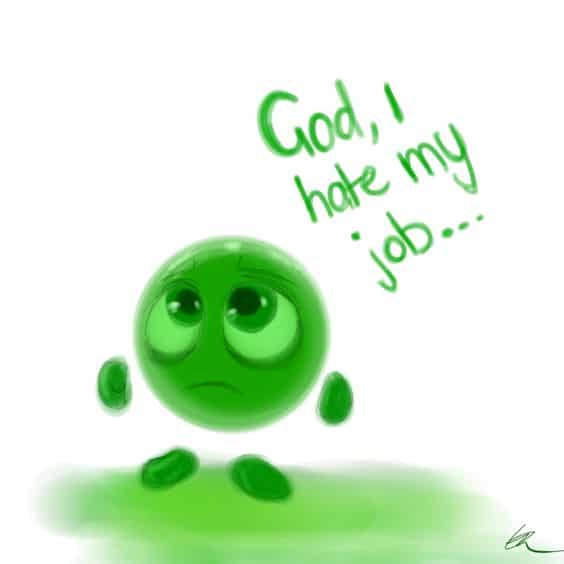 Sour Bill is the just opposite of his fellow racer King Candy who is an energetic person. He is not a ball of sunshine. Bill always speaks in a monotone and is very gloomy. And he hates his job although he obeys King Candy. 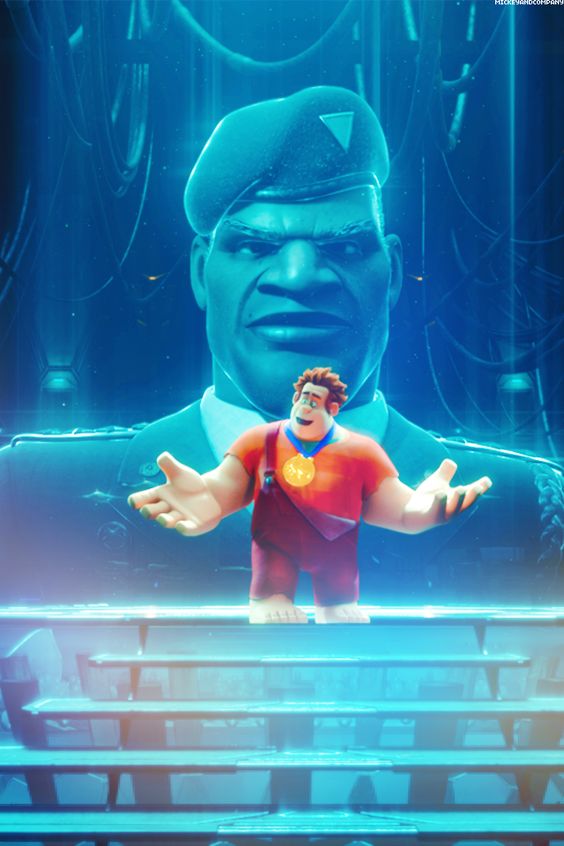 General Hologram is a character in the arcade game Hero’s Duty. His task in the game is to award the Medal of Heroes to the successful player. In the movie, the hologram of the general appears congratulates Ralph as the bad guy. 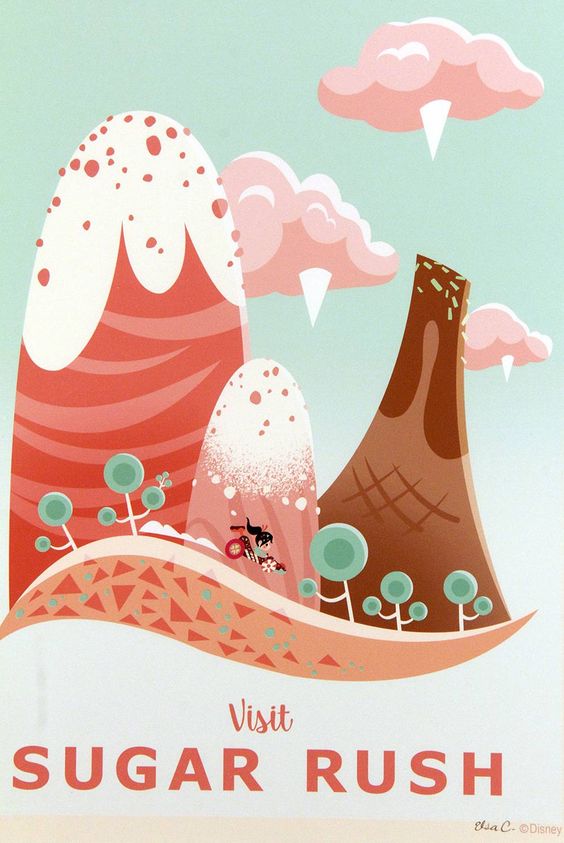 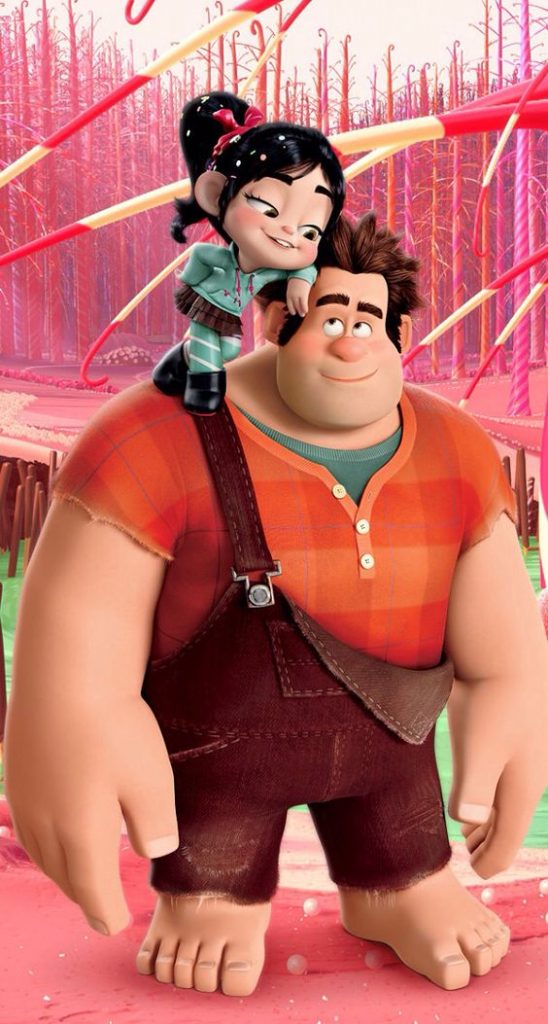 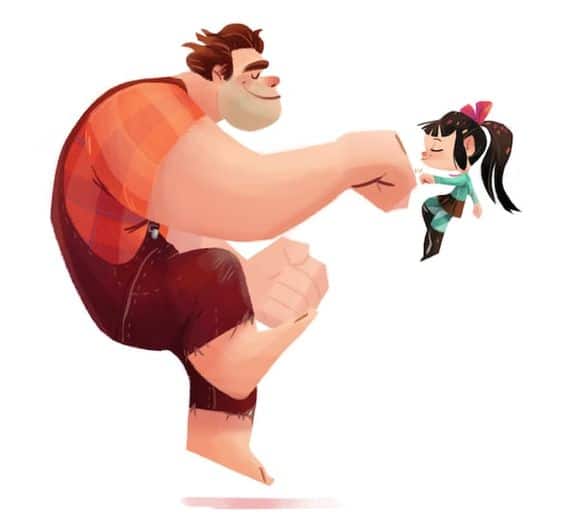 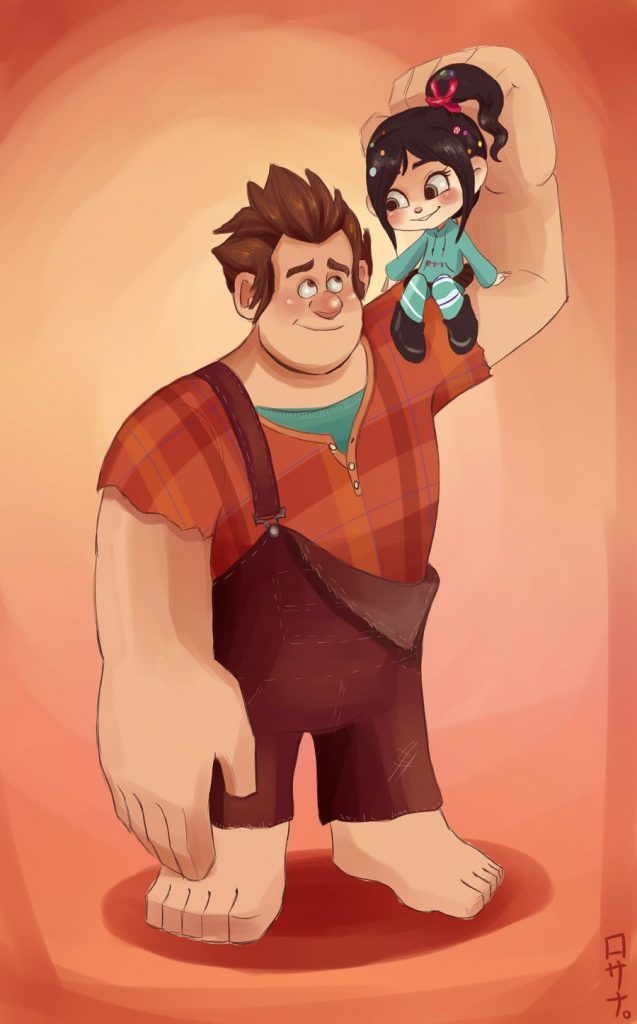 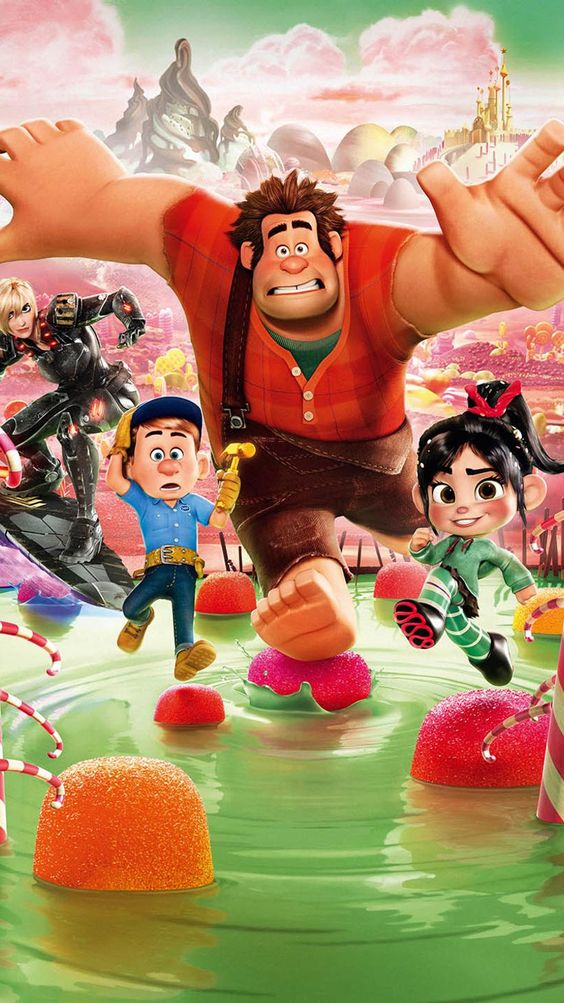 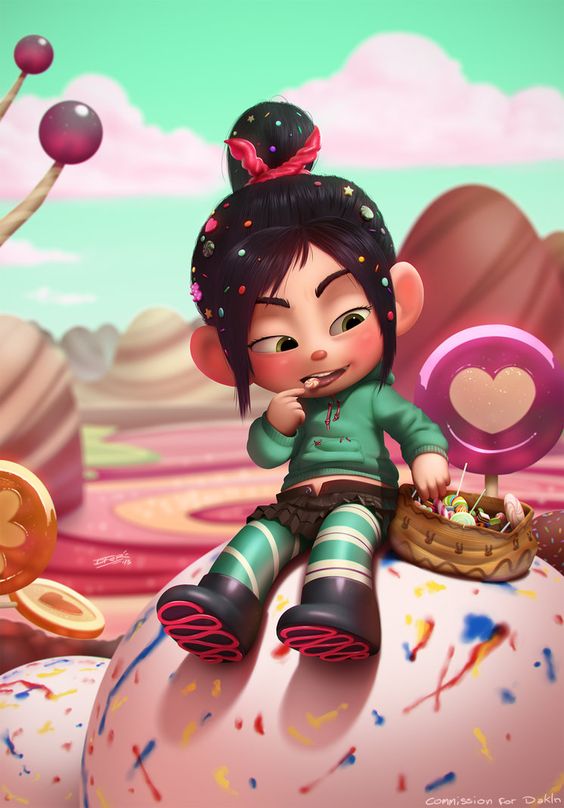 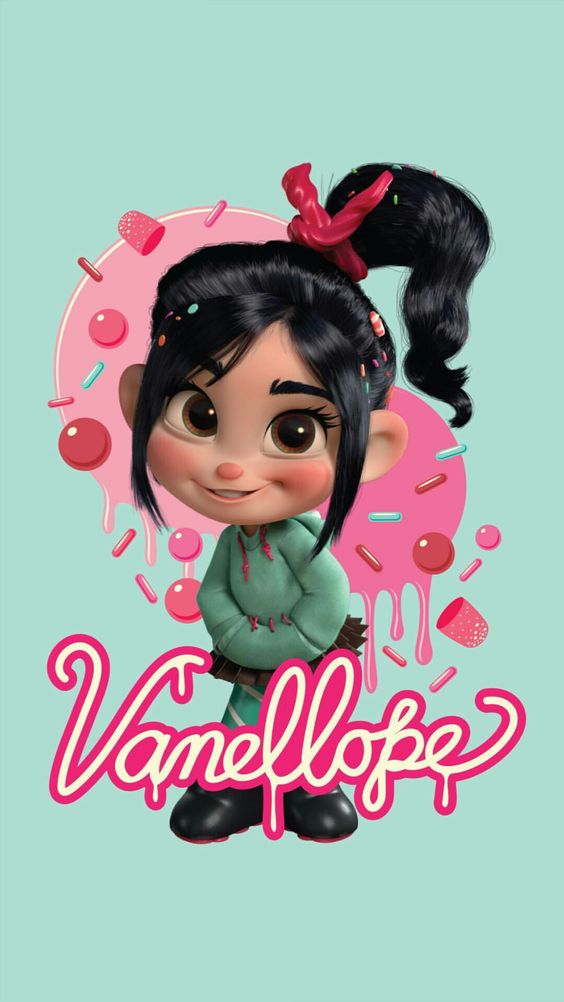 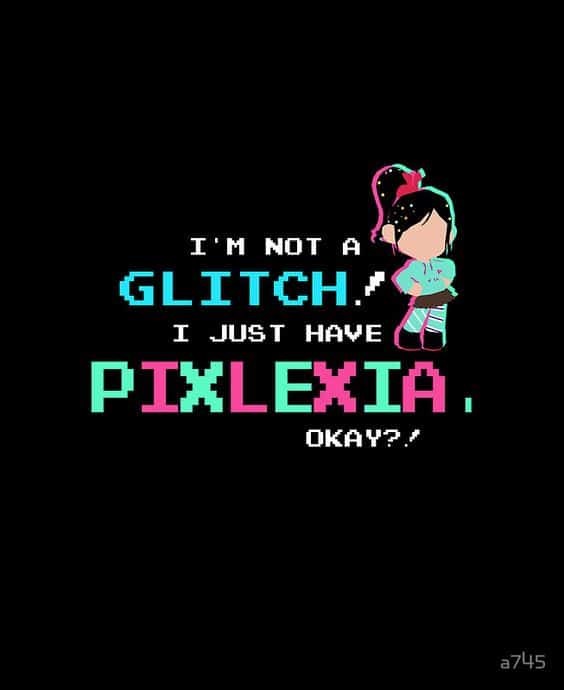 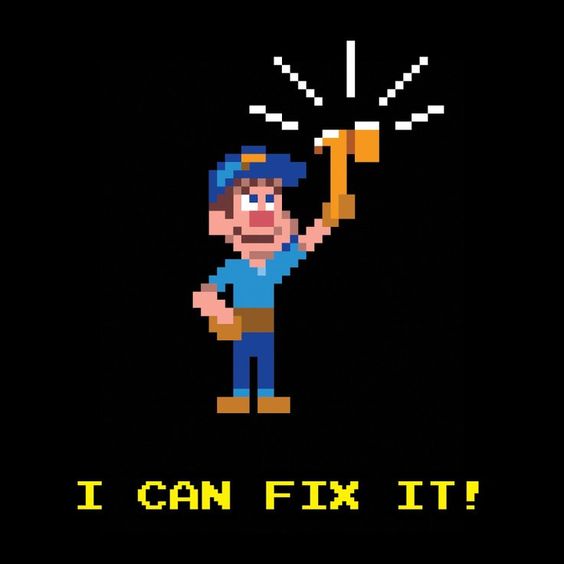 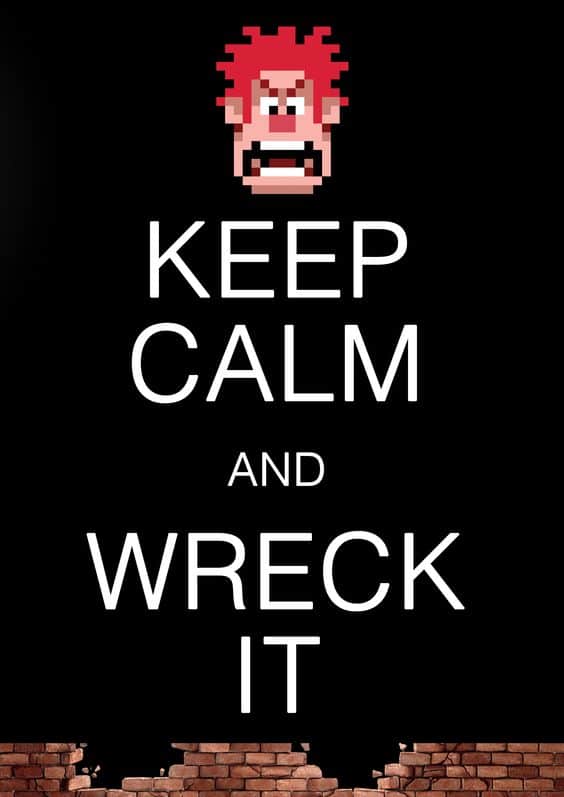 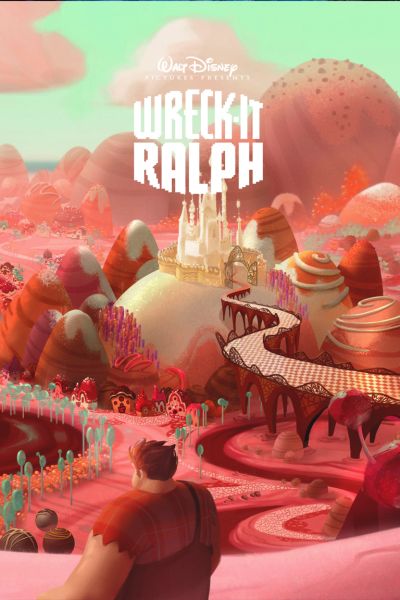 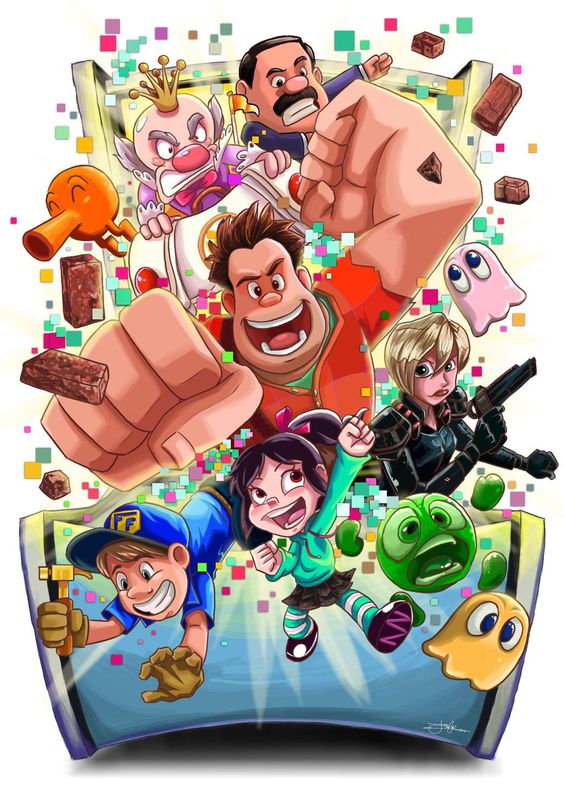 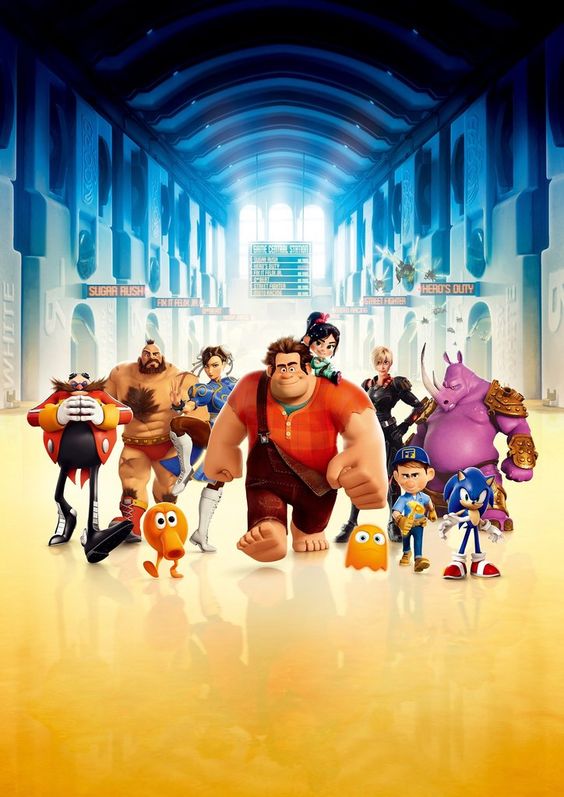 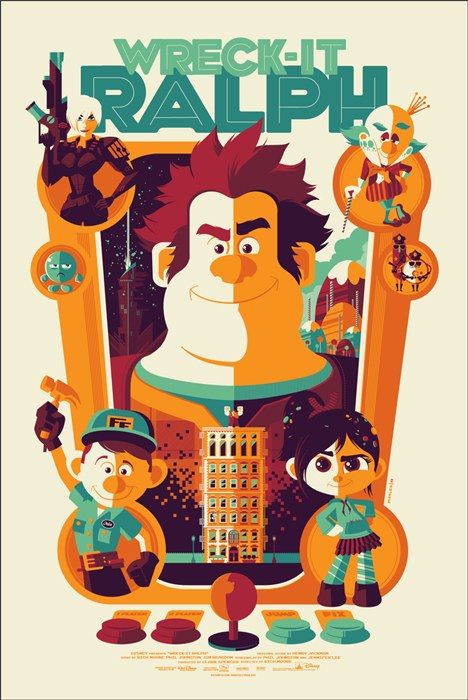 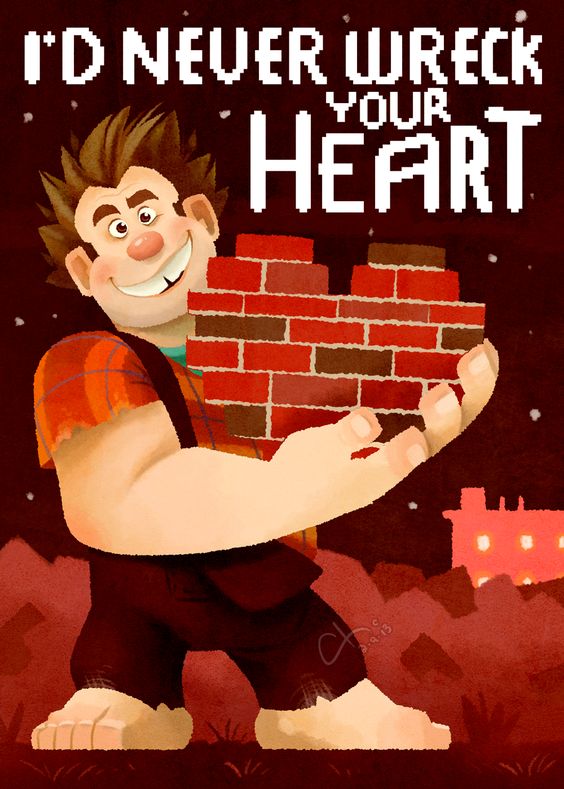 Wreck-It Ralph won the Annie Award for Best Animated Feature. It also received nominations for Academy Award and Golden Globe Award. The movie was a super success no doubt.

A sequel of the film Ralph Breaks The Internet released on November 21, 2018.

Do not forget to download these cool posters and print them. Remove the tag of a bad guy with these fabulous posters. Keep on wrecking just like Ralph.

Check out other poster collection: