The Simpsons is an American Animated sitcom that is a satire on the working class life. This Satire has been epitomized by the Simpson Family. The family so consists of Homer, Marge, Bart, Lisa, and Maggie. Set in the fictional town of Springfield, the TV series mocks the American culture and society, television and the human condition.

Well, the show has come up with 662 episodes since December 1989. And, for the very same reason, it is the longest-running American sitcom and the Longest American scripted primetime Television series! The TV series is a joint production by Gracie Films and 20th Century F0x Television and syndicated by 20th Century. The show has won several laurels, including, 31 Primetime Emmy Awards, 30 Annie Awards, and a Peabody Award.

Also, The Simpsons is best known for its wide ensemble of main and supporting characters.

We have brought you the best of the lot- from The Simpsons Poster Collection. Skid through, no more!

He’s the Father in the Simpsons family who works as a safety inspector at the Springfield Nuclear Power Plant. Well, let’s say his personality is something completely contrasting to what his occupation is because he’s much reckless and buffoonish in real. 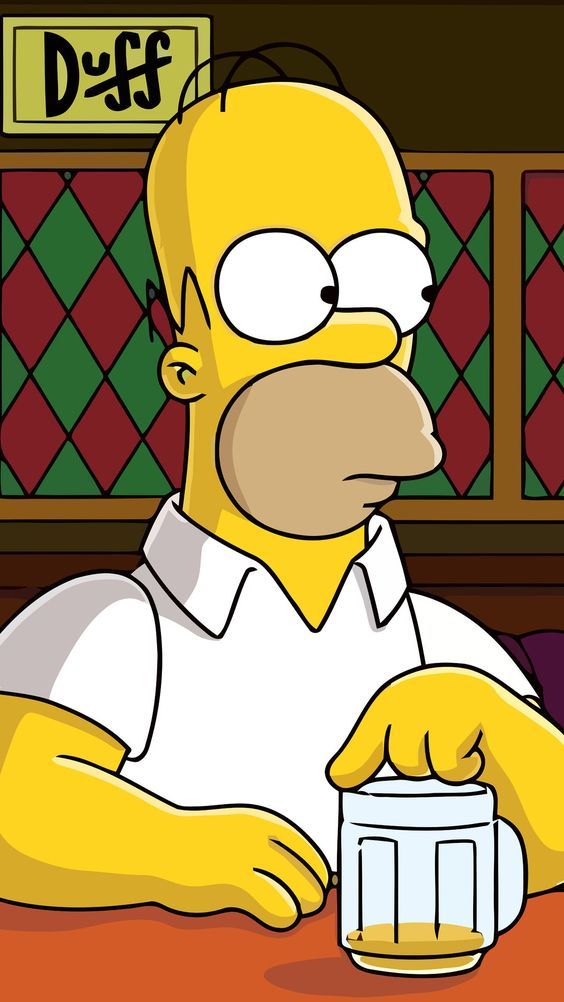 Marge is the wife of Homer and a stereotypical American wife and mother. She is the moralistic force and the family and has a grounding voice throughout, in order to set rules. Her beehive-like blue hairstyle is quite inspirational!

He’s the eldest child of Mr. and Mrs. Simpson. Bart is a ten-year-old prattler and so much of a troublemaker too. He is the only son to Mr. and Mrs. Simpsons and let’s say for the very same reason- is mischievous, rebellious and disrespectful towards the Authority.

She’s an eight-year-old activist in the Simpsons family, who’s another of a trouble maker.

The little baby in the Simpsons family whose communication only by sucking on a pacifier. 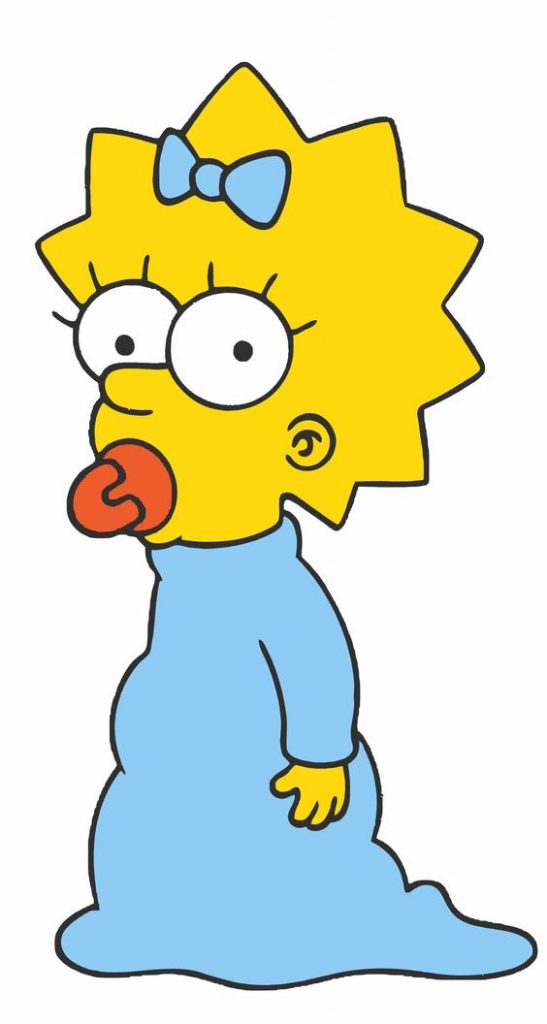 Father to Homer, Grampa Simpson lives in the Springfield Retirement Home after Homer forced him to sell his house so that they could buy theirs. Seemingly, Grampa Simpson comes forth as a very strong character in several episodes. 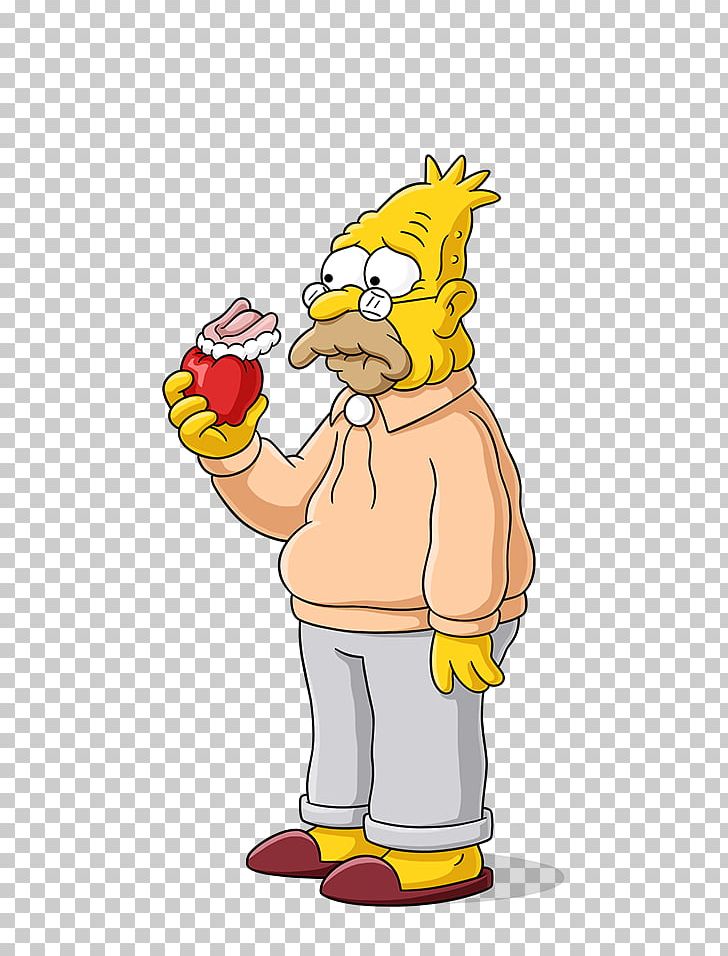 He’s a cute dog owned by The Simpsons Family. 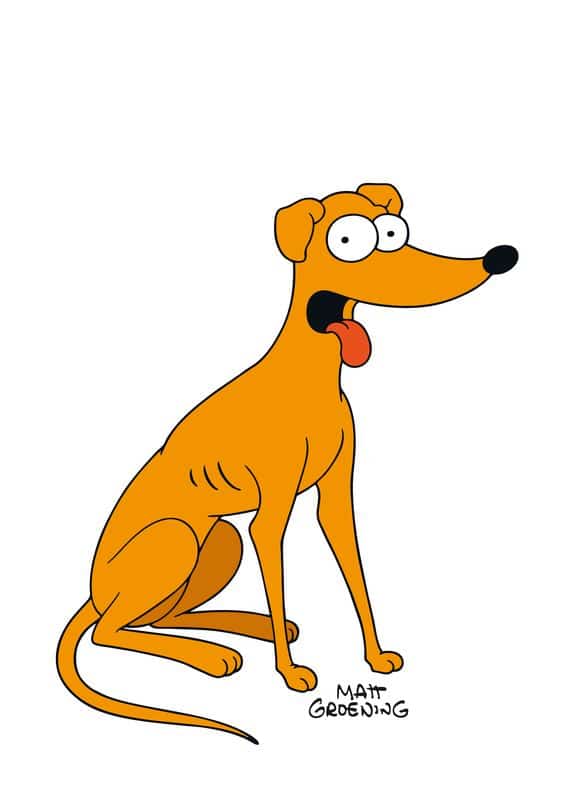 The cat owned by the Simpsons who does play several starring roles in some of the episodes. 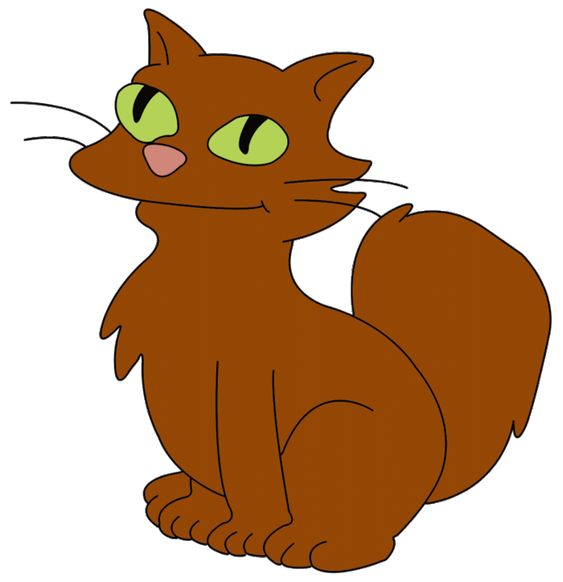 Quirky co-workers and friends to Homer. They are rarely seen apart have a close relationship. Each possesses a Master’s degree in Nuclear Physics. 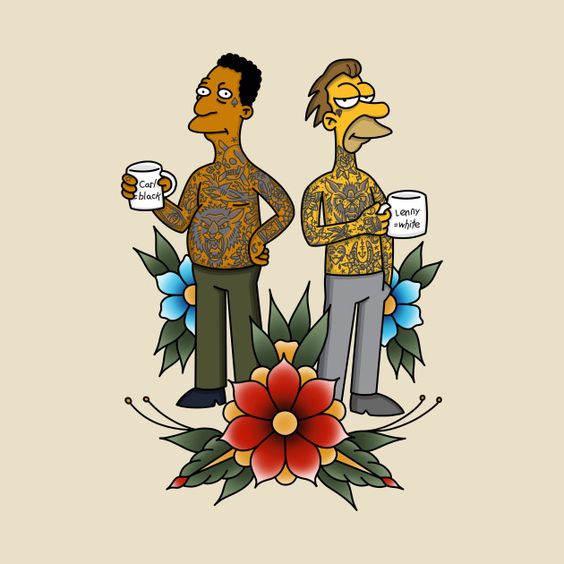 He is the principal of Springfield Elementary school. He’s constantly battling against the inadequate resources, apathetic and bitter teachers and uninterested students. He has a strict and upright attitude because he used to be in the army. 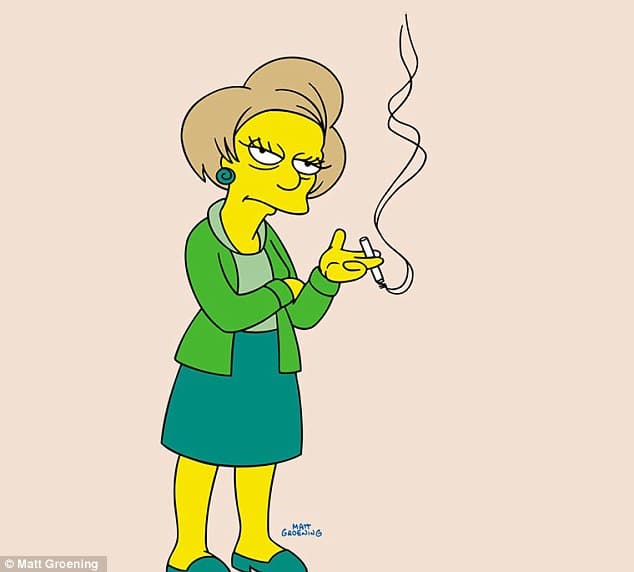 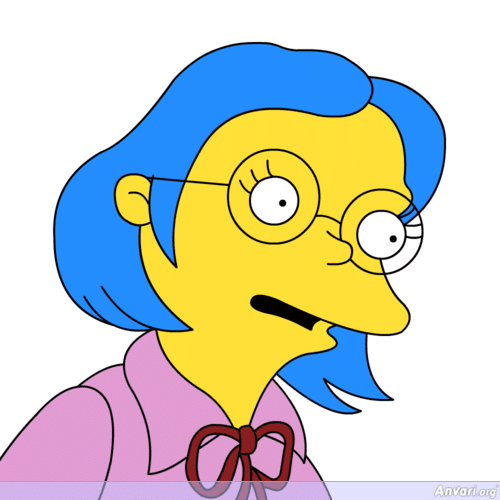 Neighbor to The Simpsons. 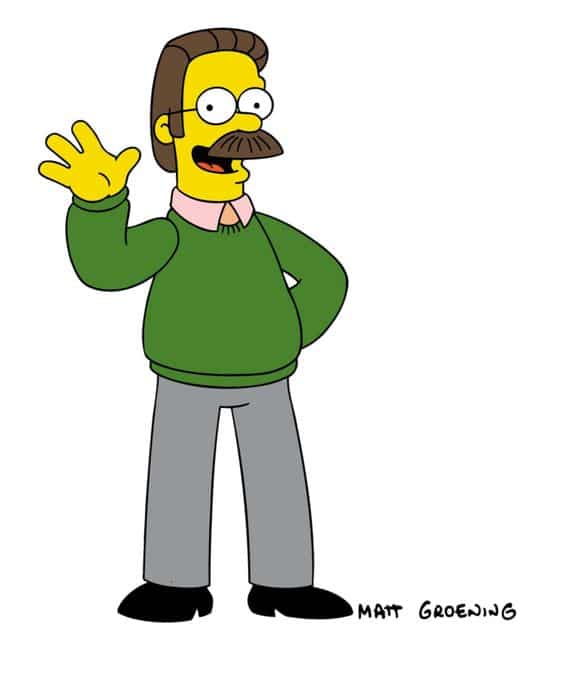 He’s too a neighbor to The Simpsons. 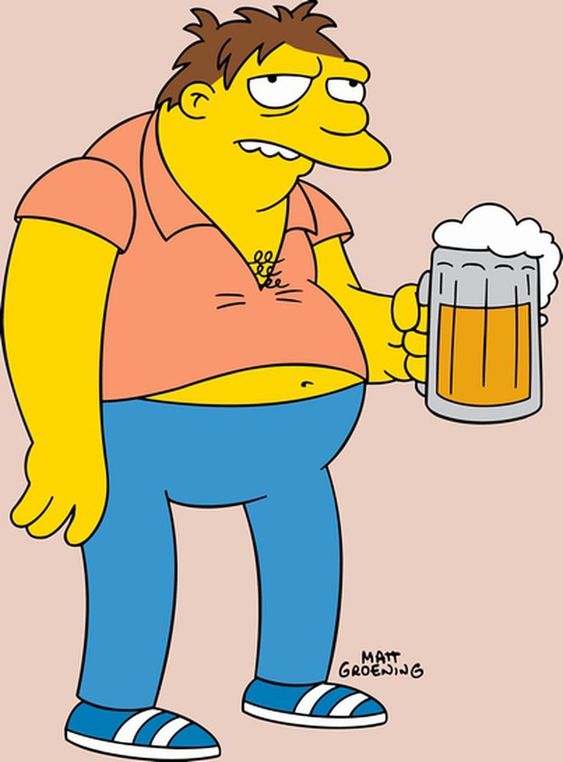 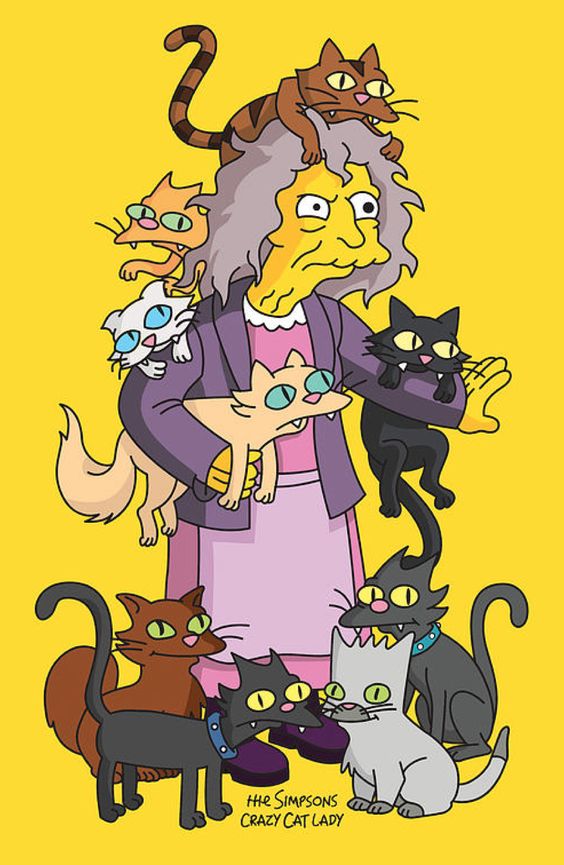 Let’s agree to that fact that the Simpsons are a ‘dysfunctional unit’ as a family but in many episodes, they are shown caring and nurturing, one another, as one. The series uses a floating timeline where the characters appear of the same age- throughout. 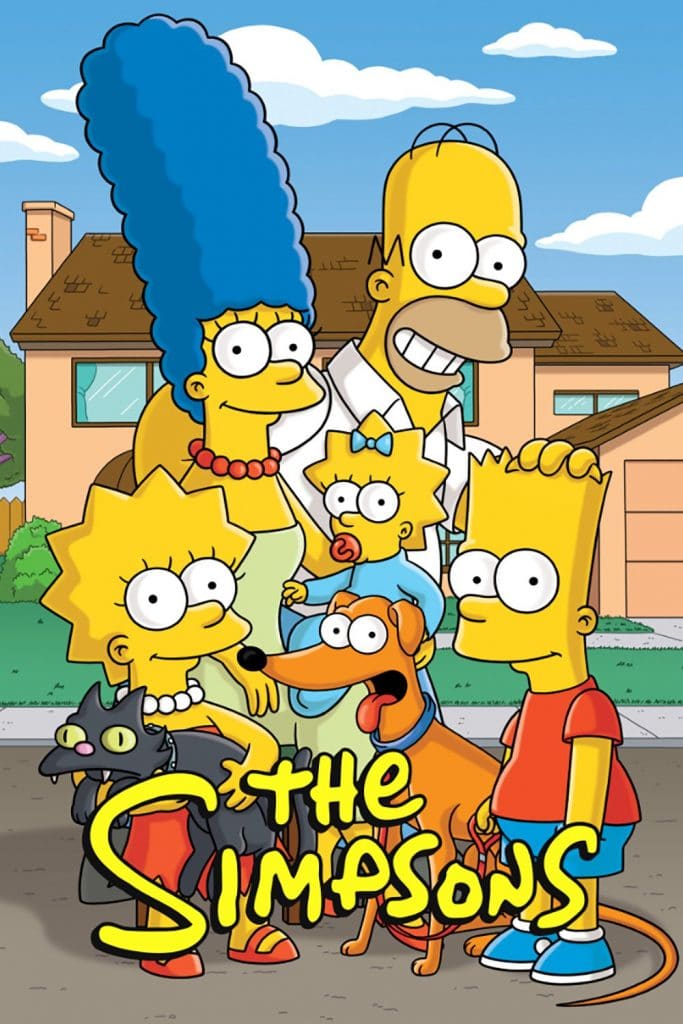 Homer, Carl, and Lenny are not only office colleagues but friends too. 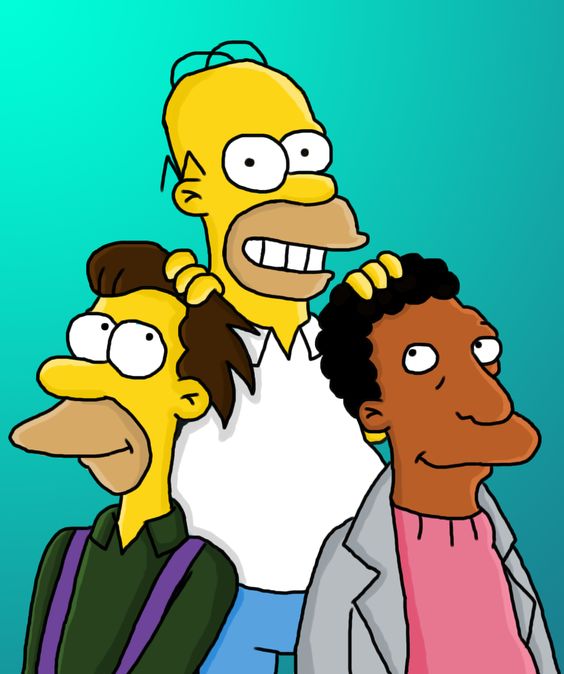 The show despite being a sitcom parodies the American social structure and the Government at large. By making Homer work in a Nuclear power plant, the sho comments on the state of the Government. 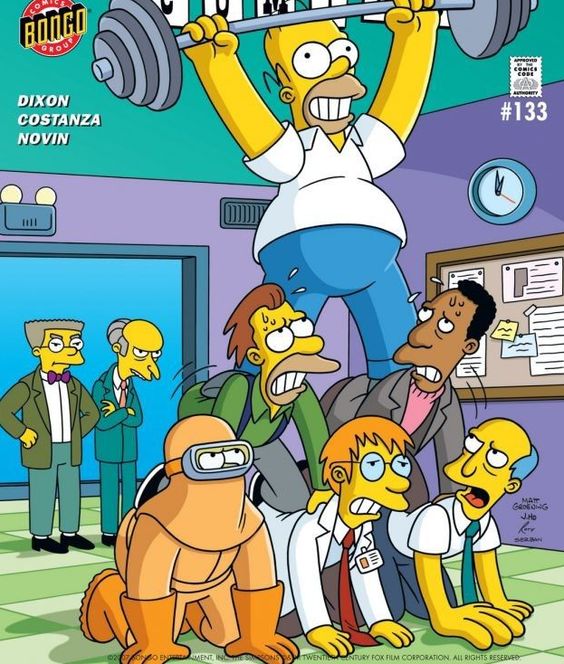 “Just because I don’t care doesn’t mean I don’t understand.” 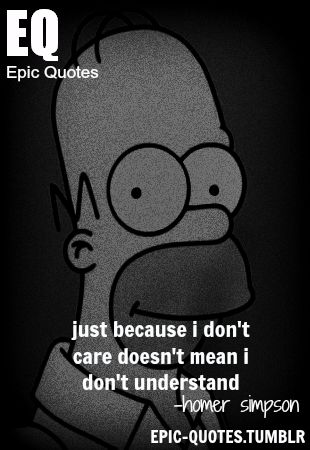 Both Bart and Lisa go to this school to pursue Elementary education. However, the show illustrates some controversial issues in the field of education. 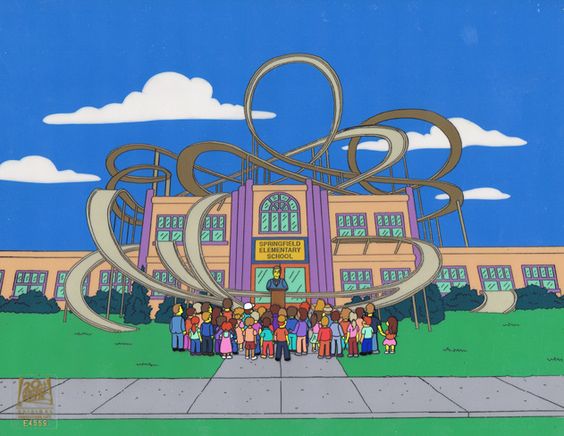 20. Christmas Celebrations With The Simpsons

Religion is a recurring theme in The Simpsons and thus, they are seeing celebrating Christmas with considerable pomp and show! 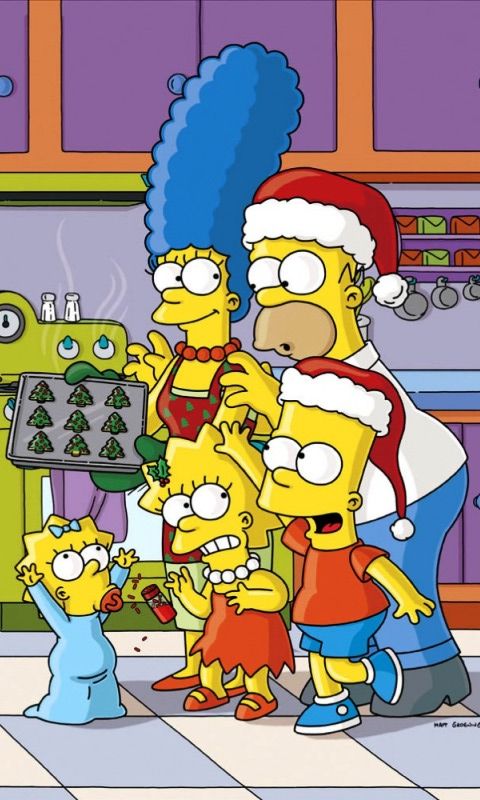 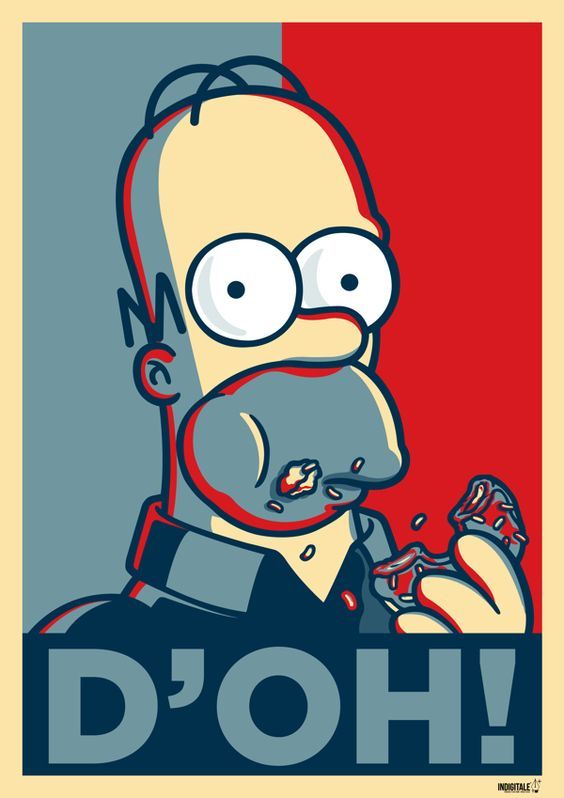 22. The Comical Elements In The Simpsons 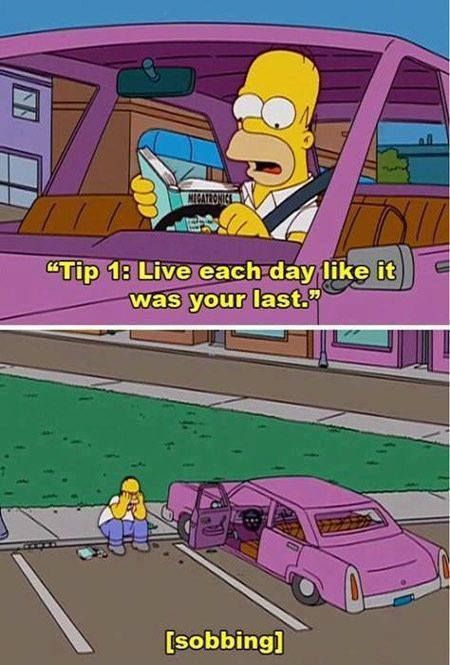 In times of crisis, The Simpsons family often turns to God. Meanwhile, the show also deals with some major Religions! 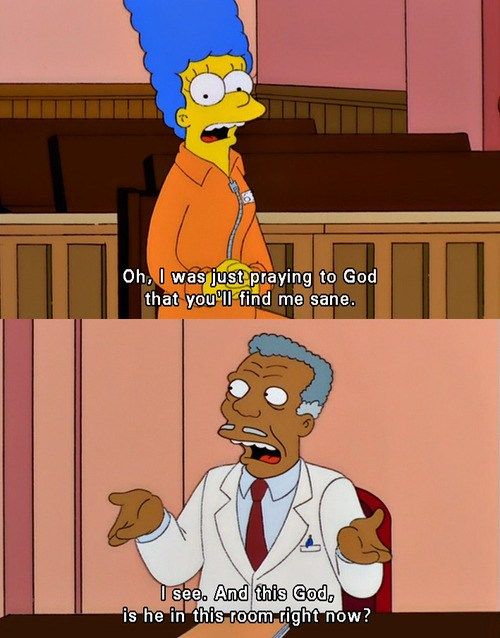 Anecdotal Comedy in The Simpsons. 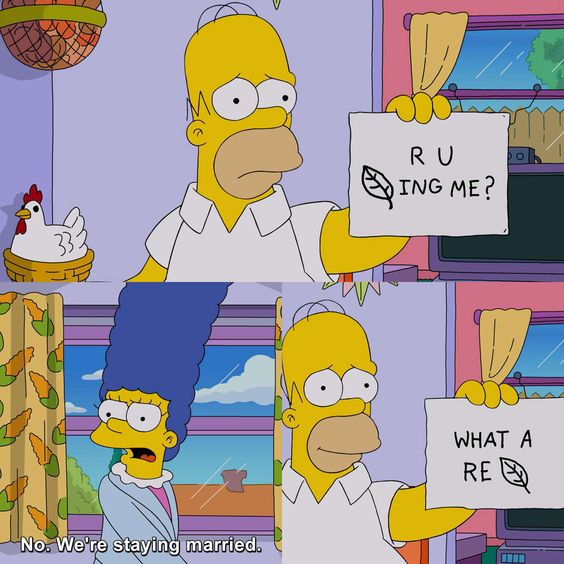 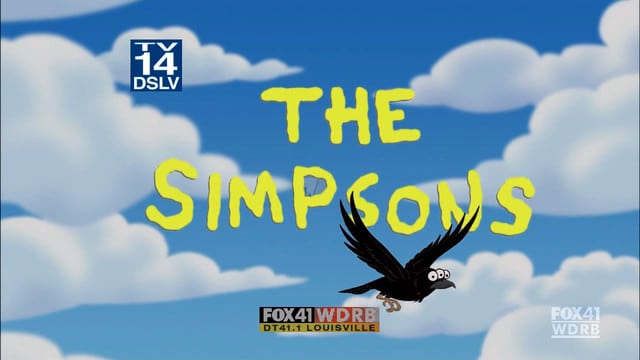 Crusty is the long-time clown host of Bart and Lisa’s favorite TV show. He’s portrayed as a cynical, burnt-out, and addiction-ridden smoker who is made miserable by the show business. He’s become one of the main characters outside the Simpson family and has been the focus of several episodes. 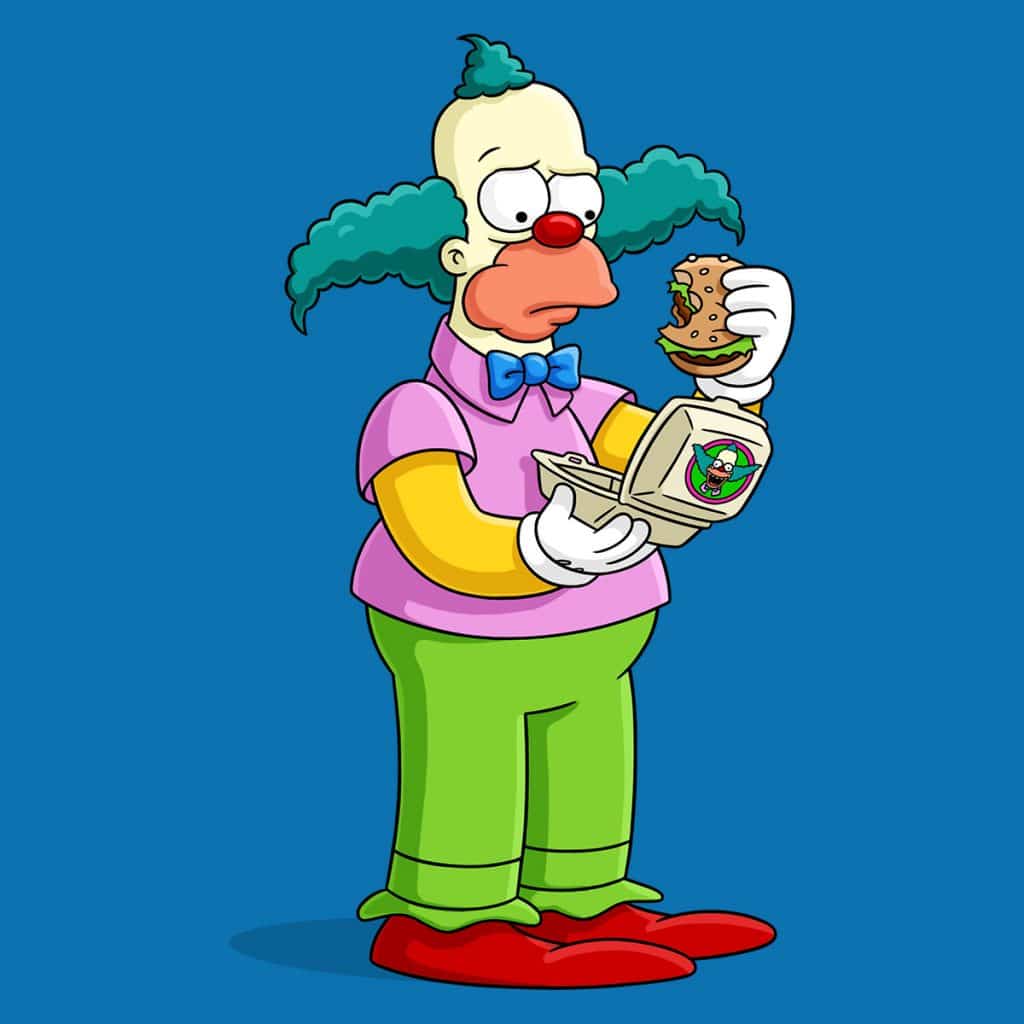 Minor characters in The Simpsons, also identical sisters. Patty and Selma are sisters to Marge Simpson. 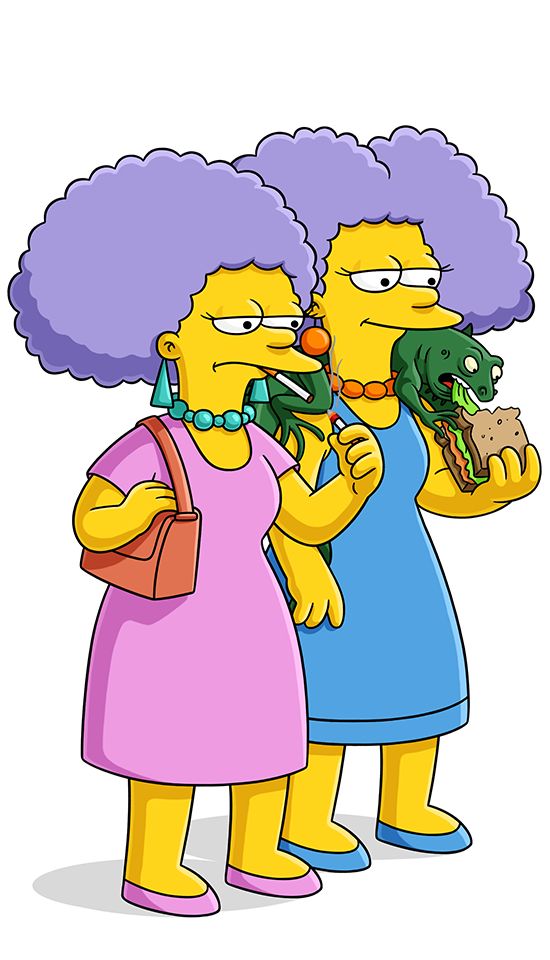 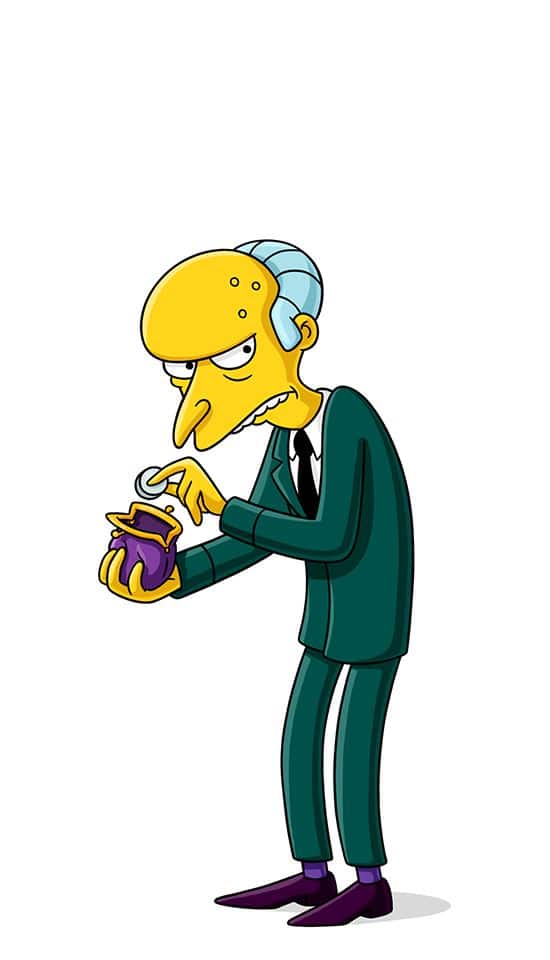 29. Part of The Simpsons Poster Collection 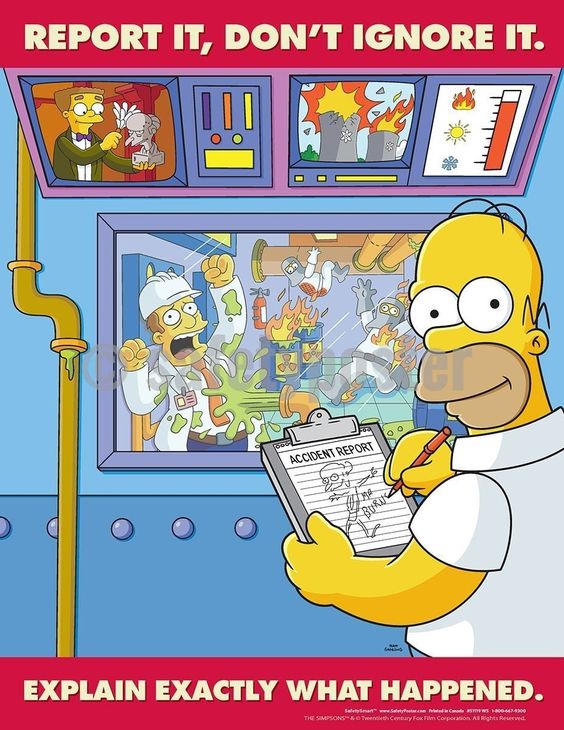 30. Slips, Trips, And Falls Can Be Prevented! 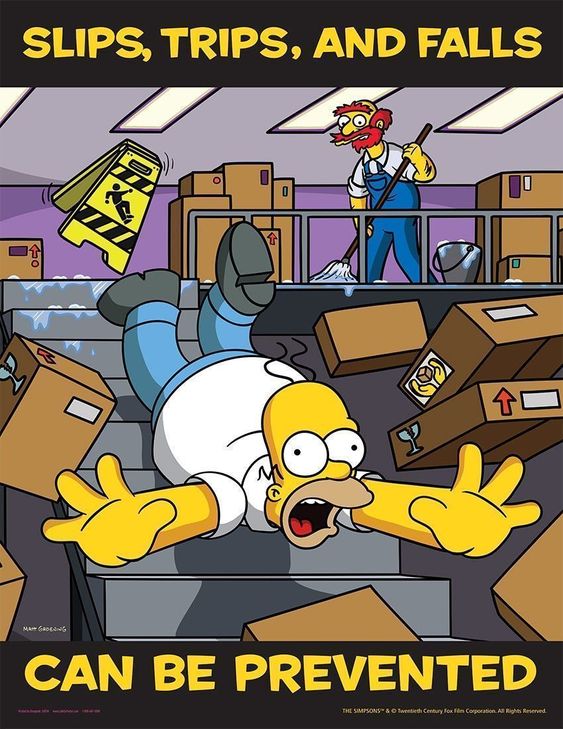 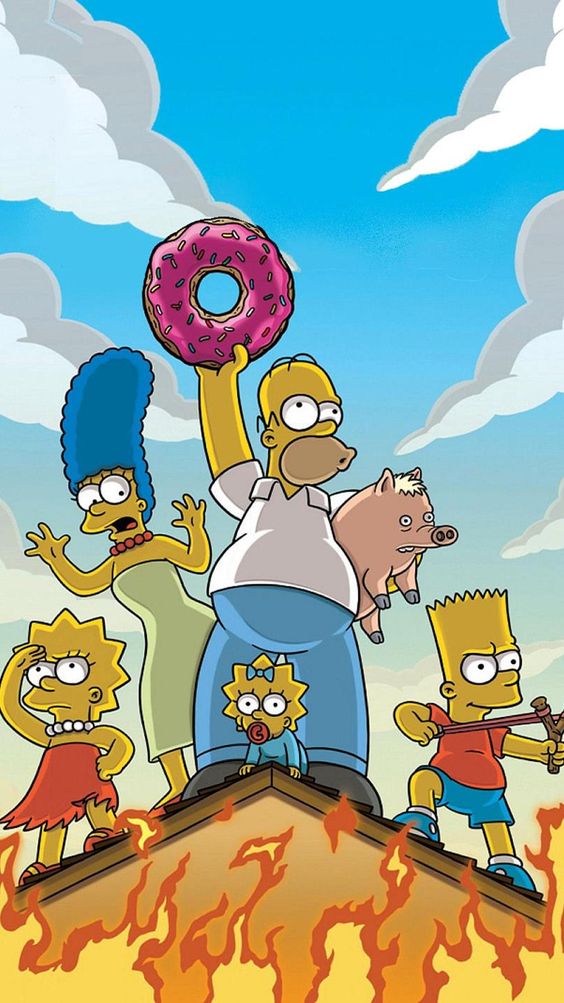 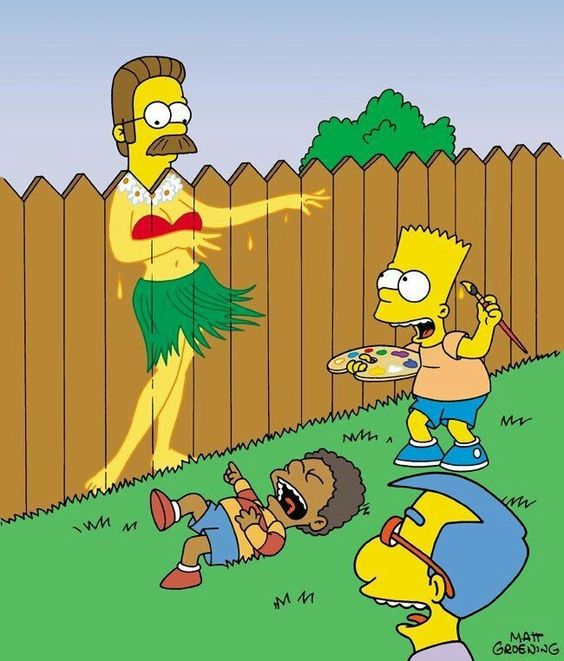 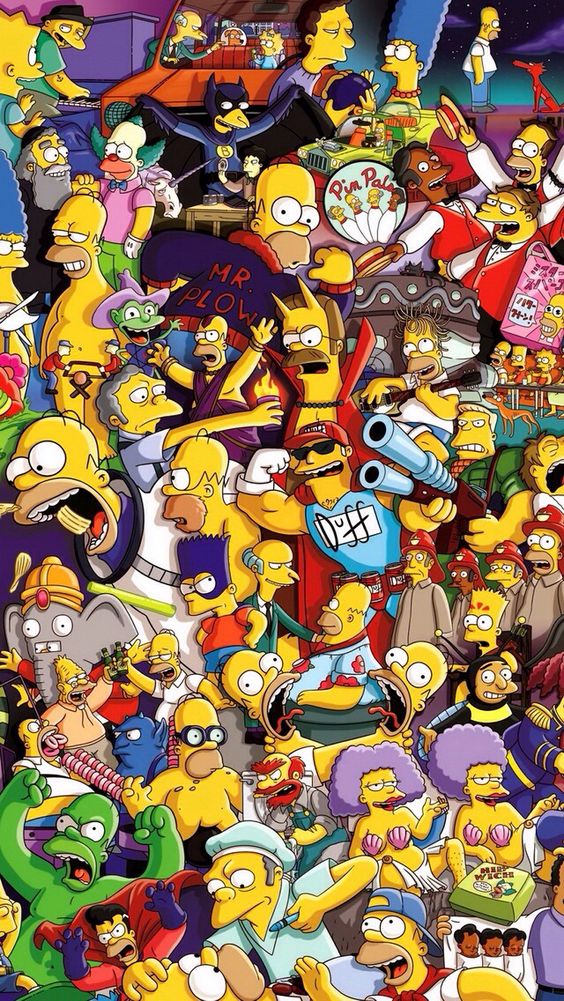 The Simpsons is an American animated sitcom that’s futuristic and pragmatic despite being a sitcom. It’s not like any other American sitcom because of its satire on American society. The show can be called- Futuristic because everything that it predicts happens in reality in the American world. Be it, Disney taking over Fox or Donald Trump becoming the President of America, the show has said it all- long before the real picture!

With 662 episodes and an aim of 700 episodes, the show is sure to not leave your side for a very long time. The Simpsons is a family drama along with a parody-based comic backdrop. The characters are sure to take your heart away- at all times. You can rely on the TV.com ratings that give it a stupendous 9.1/10 rating.

Haven’t started watching The Simpsons yet? Now, is the time!!

Liked this one? Then, surely go through our other poster collection of other series –