Here is another amazing cinematic universe after Marvel Cinematic Universe. Transformers was one of my favorite cartoon and movie series. I even used to think that the electric device “transformer”, is named so because one day, it will come out as Transformer (our fellow writer holds a Ph.D. degree in Lame Jokes). Okay, I don’t think after that joke, you want to know more of my experience with Transformers. So, let’s talk about this post of Transformer The Last Knight Poster Collection.

Let’s get into the world of Decepticons and Autobots. 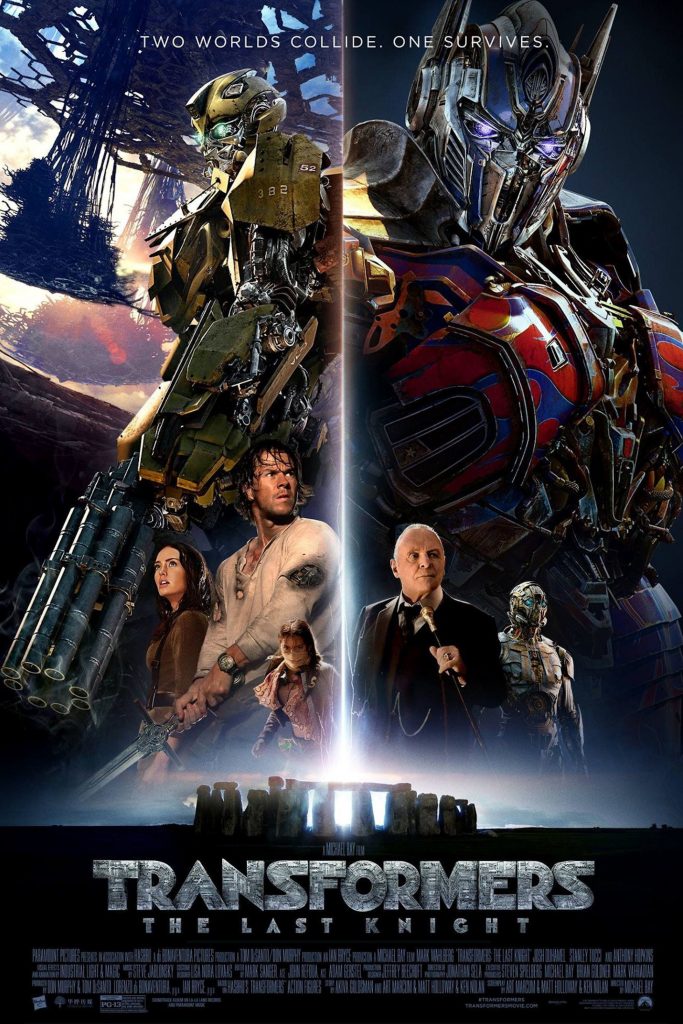 The movie was released in the June of 2017. This was the official poster used to market the movie. 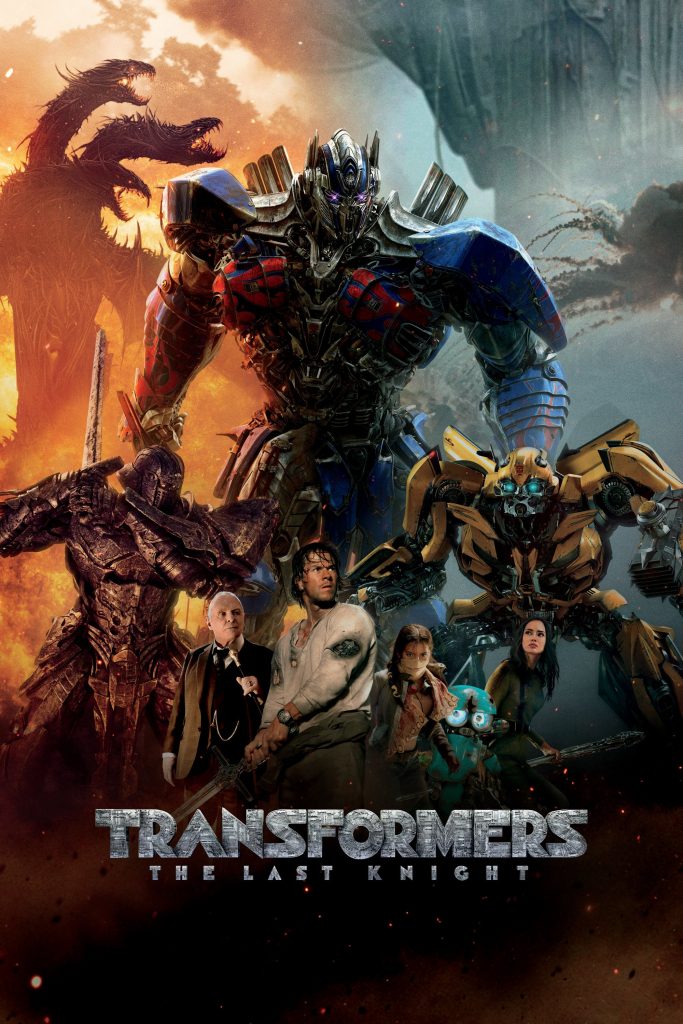 The box office collection of the movie was more than $600 million on a budget of around$215 million. 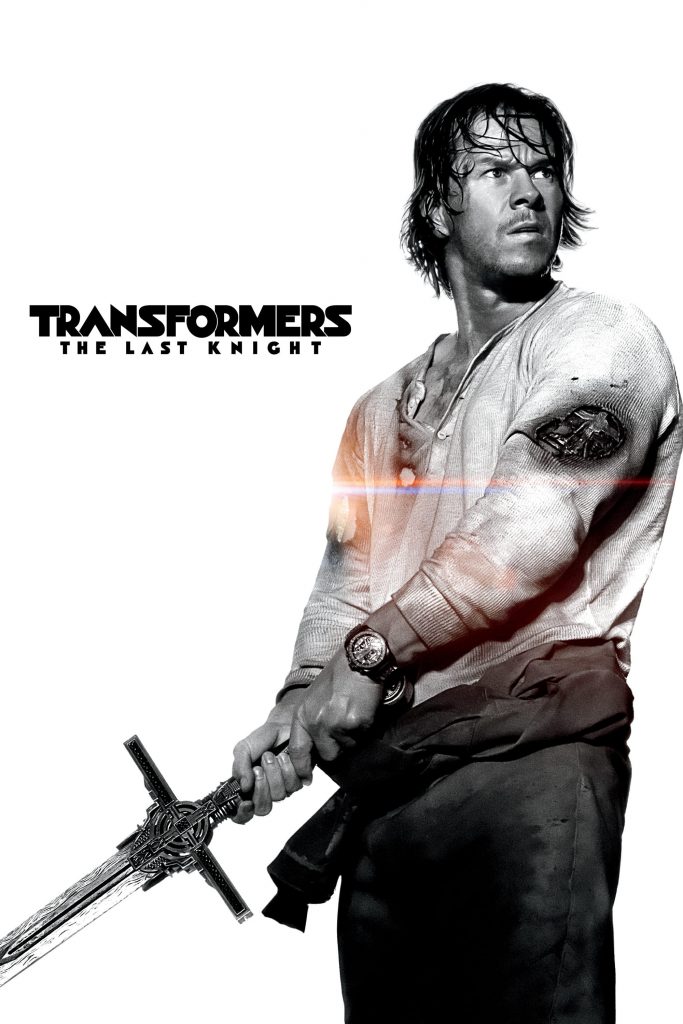 Cade is an overprotective father, although, her daughter does not appear in this movie, you can see her in Transformers 4. Cade is a junk recycling inventor and he is the only person who can save humanity and make peace between humans and transformers.

The lead female character of the film, Vivian Wembley is an English Professor at Oxford University. She the last descendant of Merlin and so, she will be helping to save the world. And if she is going to save the world with the hero, it is a rule of cinema that the girl will fall in love with him. 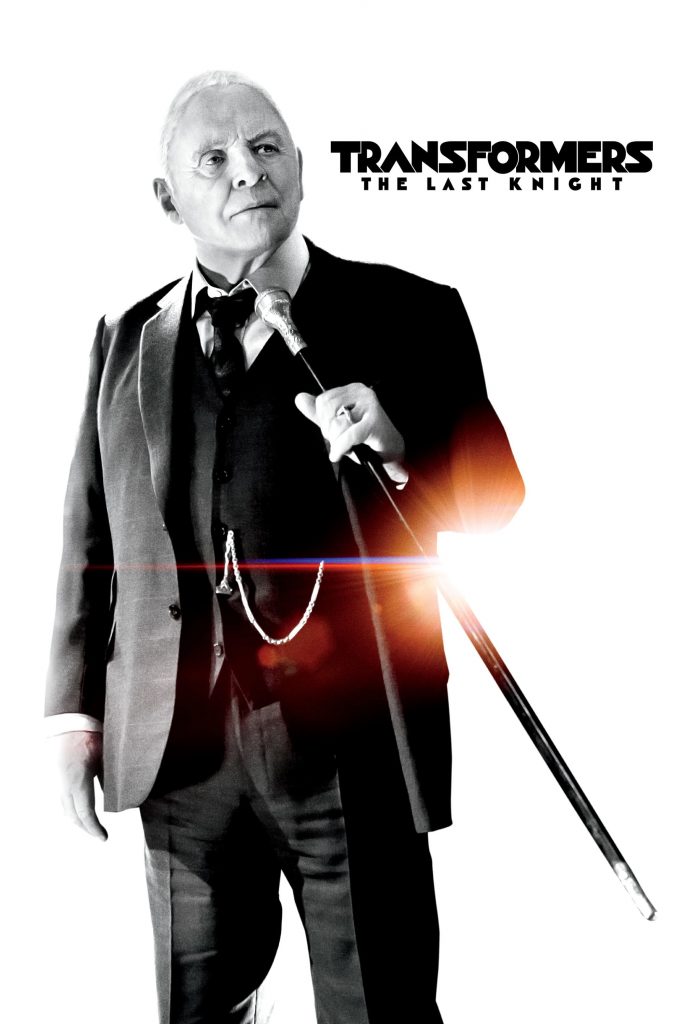 Edmund Burton is the last of the order of Witwiccans, which is a group of humans who know the presence of Transformers on earth. Edmund is dedicated to keeping it secret using his political and financial approach.

William Lennox is a Lt. Colonel in the United States Army. He has appeared in all the Transformers movies except Transformers 4. He is the member of Transformers Reaction Force, a group dedicated to wiping out every single Transformer on the planet. 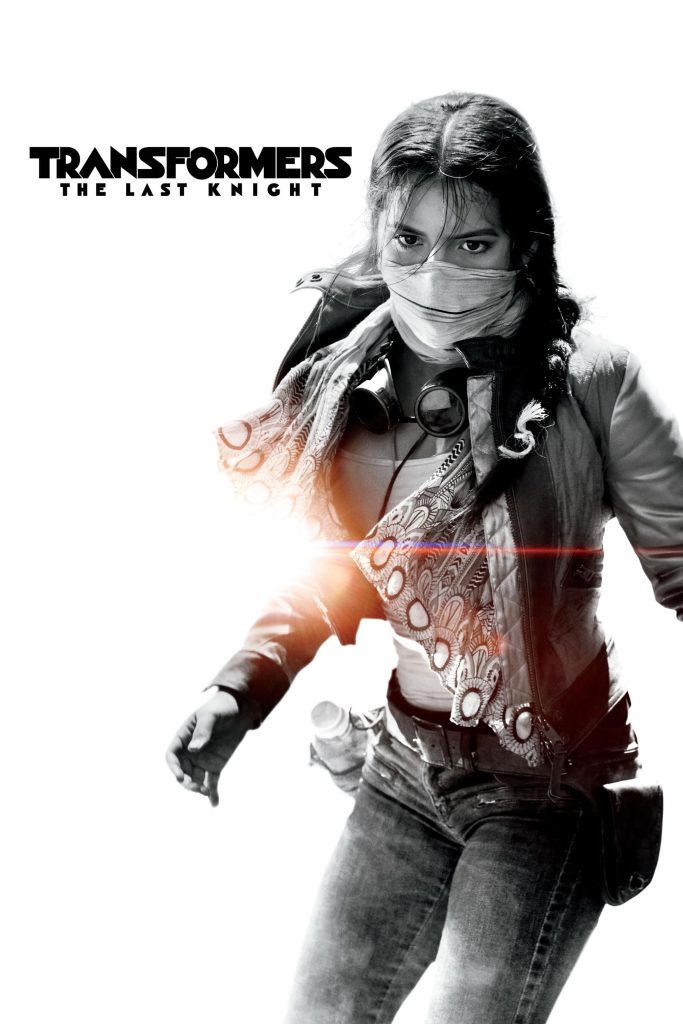 Izabella lost her parents six years ago in the war in Chicago, which took place in Transformers 3, i.e., The Dark Of The Moon. She only had one friend, Sqweeks. 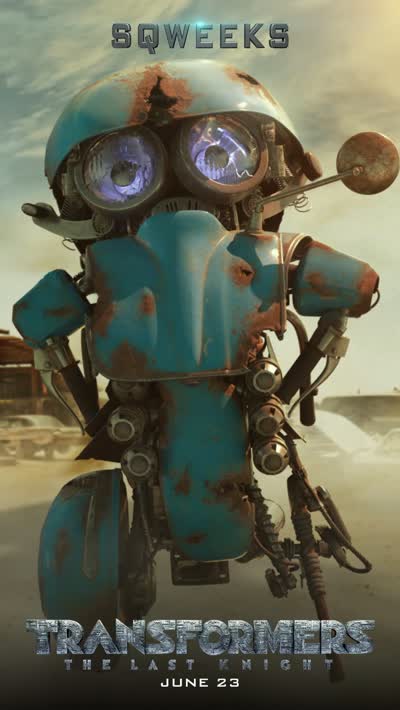 This little guy is the sidekick of Izabella. Sqweeks is cute and adorable and he is the hero. 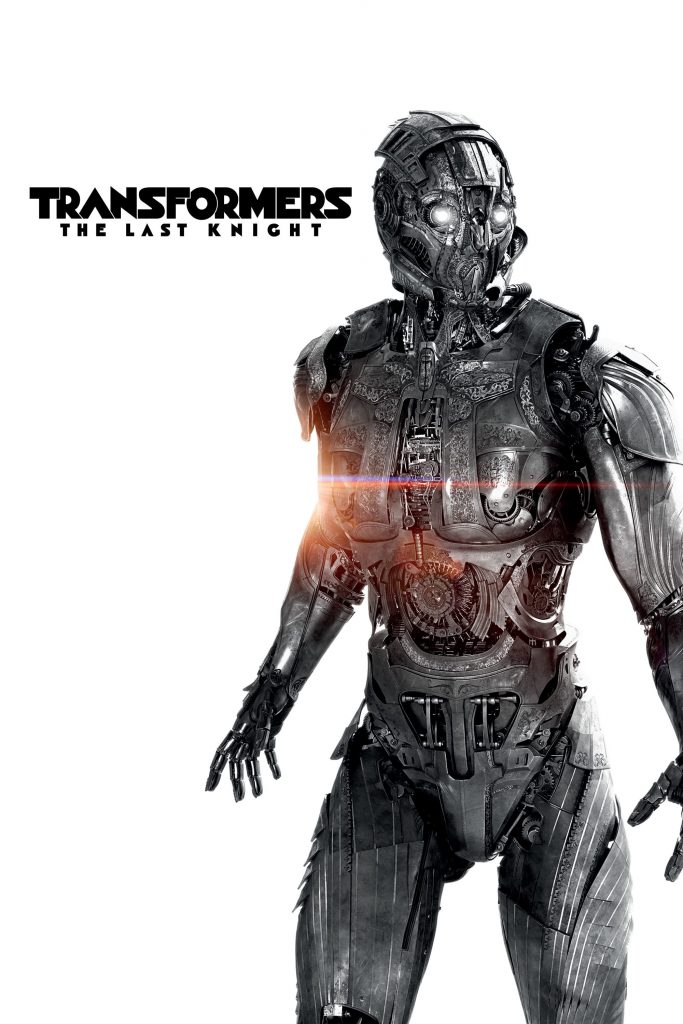 Ok, this guy is the real man of the movie. This is the only guy, which have some sense of humor in it. Cogman is the butler of Sir Edmund Burton and has served many generations of Burton family. He describes himself as a sociopath and a has a distinctive split personality. 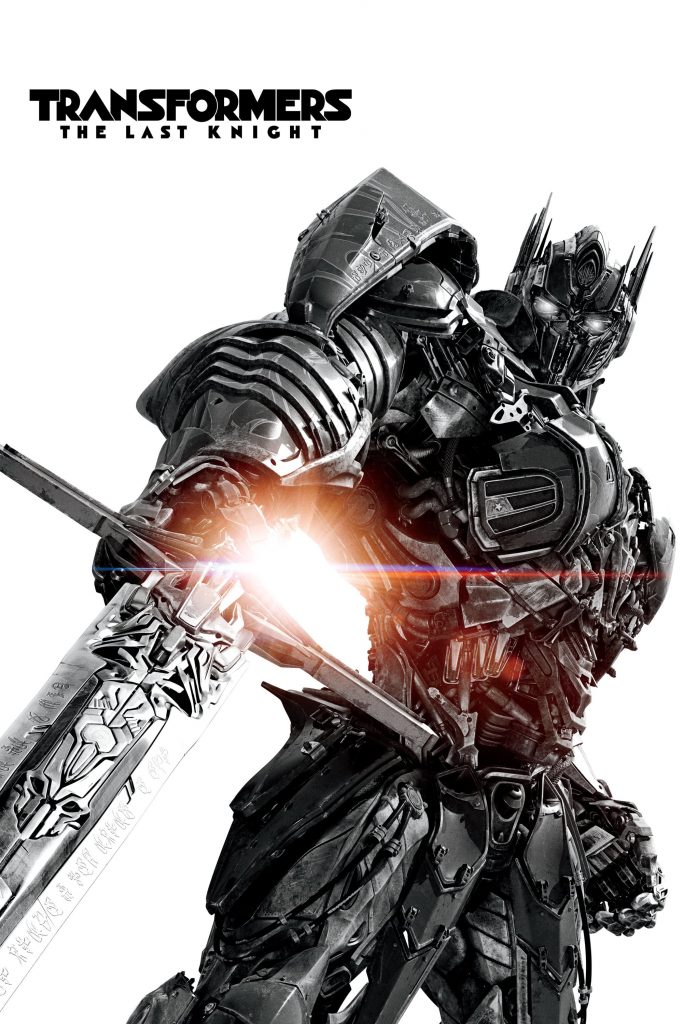 There is no need for his introduction. Prime is on Cybertron, which is the planet of all the transformers, and he will be back to destroy the earth. 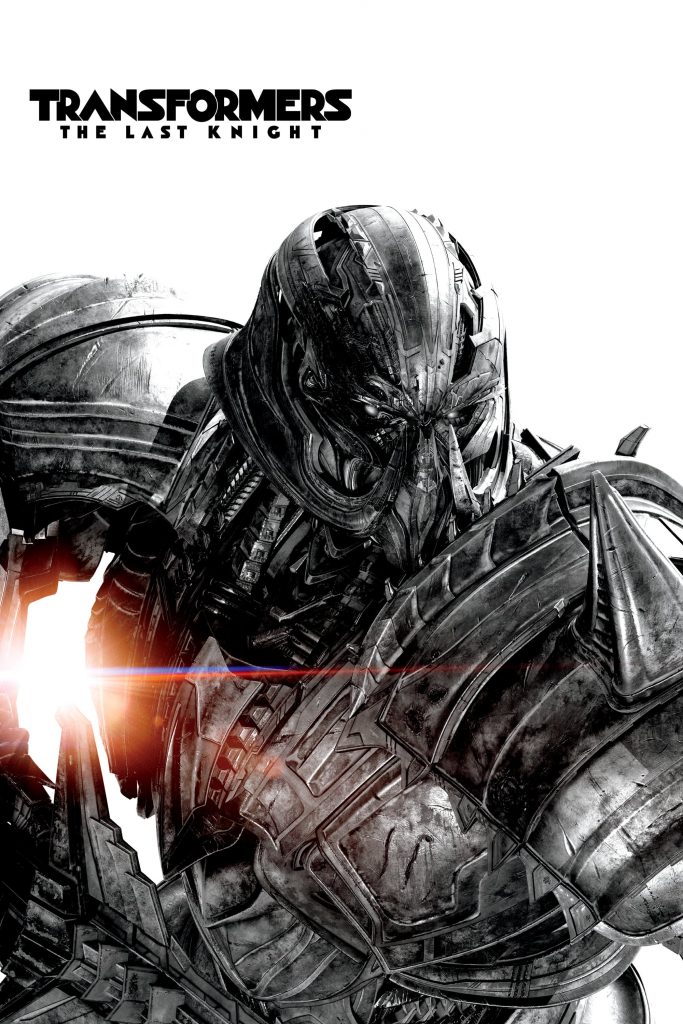 You know him better than Prime. Megatron will be back in this movie. Although, when I was a kid, I used to think that the Transformers movie will be boring without Megatron, this guy took it seriously, and keep coming back in every movie now, which is kinda stupid now. 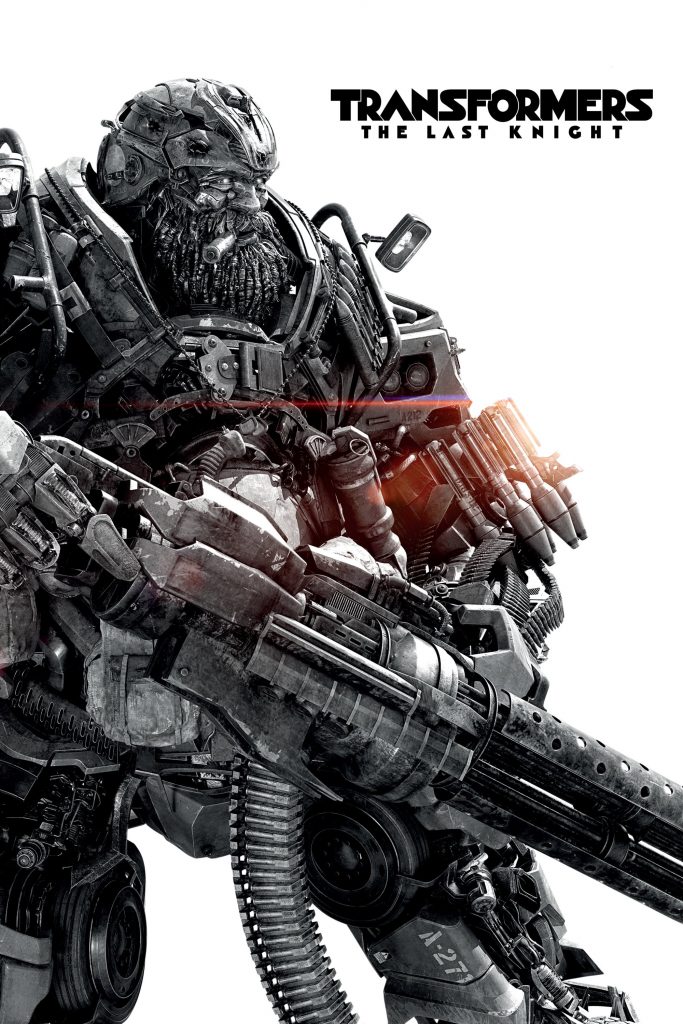 Hound is the Autobot commando. He is fat and… Heck! I literally don’t know why he is called Hound, he used to be Bulkhead in the cartoon! Also, there is not much to learn about him, he is just a fatty sidekick. 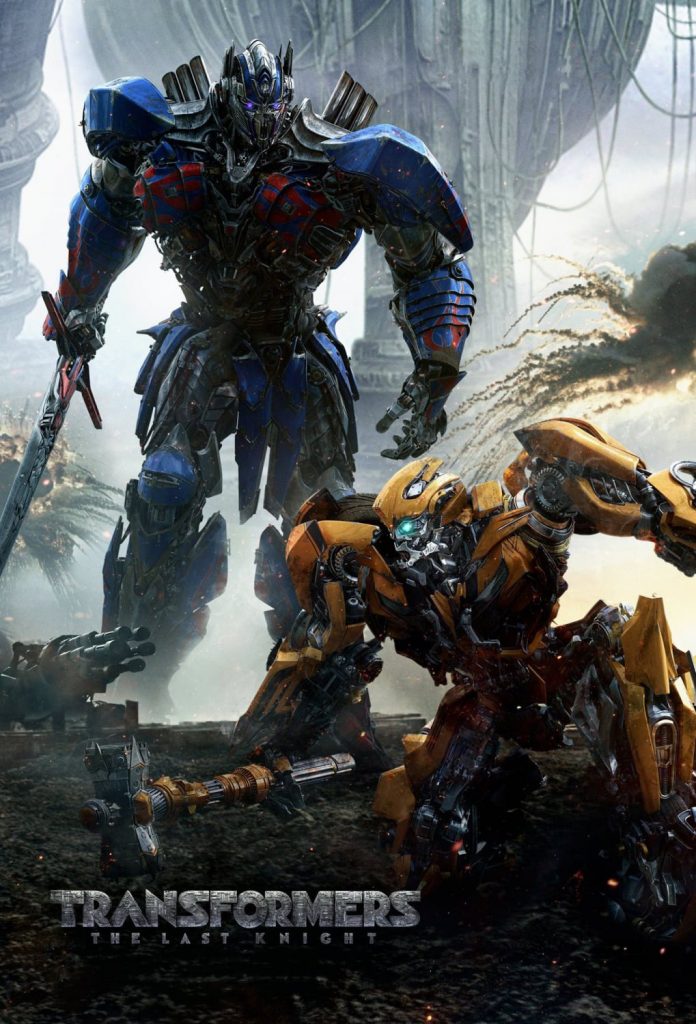 There comes our boy, Bumblebee. Bumblebee is as famous as Optimus, and even more. He was the first ever transformer appeared in any movie and he is still alive. Safe and “Sound”. 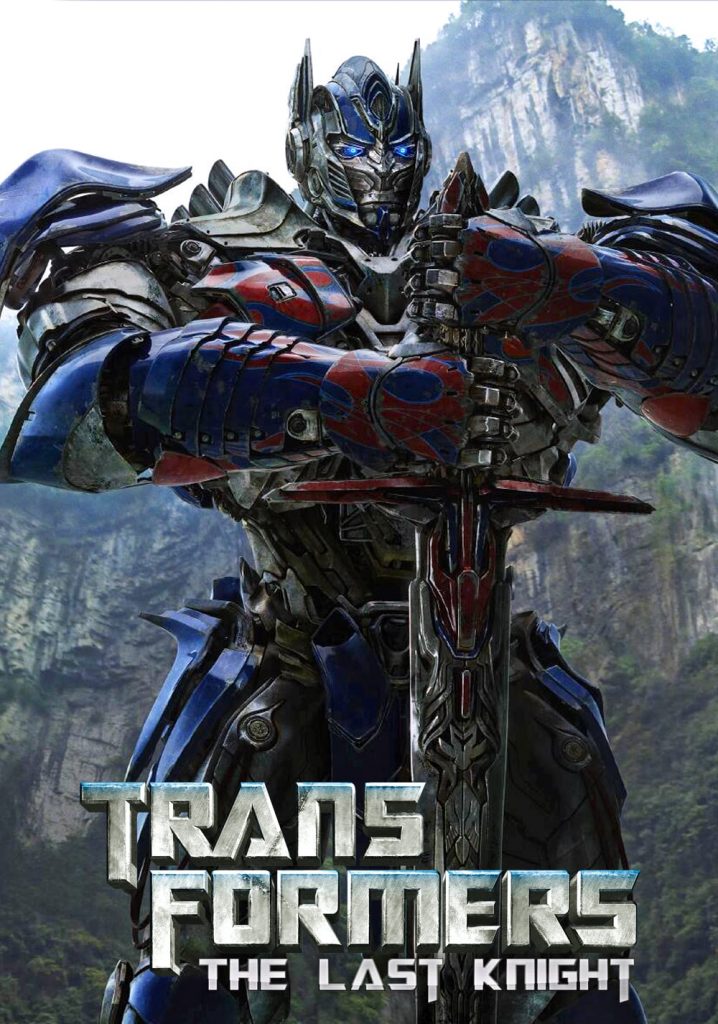 Humans and Transformers are at war, no, I mean, Decepticons and Autobots are at war and humans are their sidekicks (It looks so). Optimus is at Cybertron and comes to earth, being car washed, I mean, brainwashed. He becomes a bad guy and is here at earth fighting with friends just for a piece of stick. Basically, the story of the movie is set in such a way that you have to watch the movie more than 10 times. It is hard to explain the full story of the movie because its impossible to understand it. 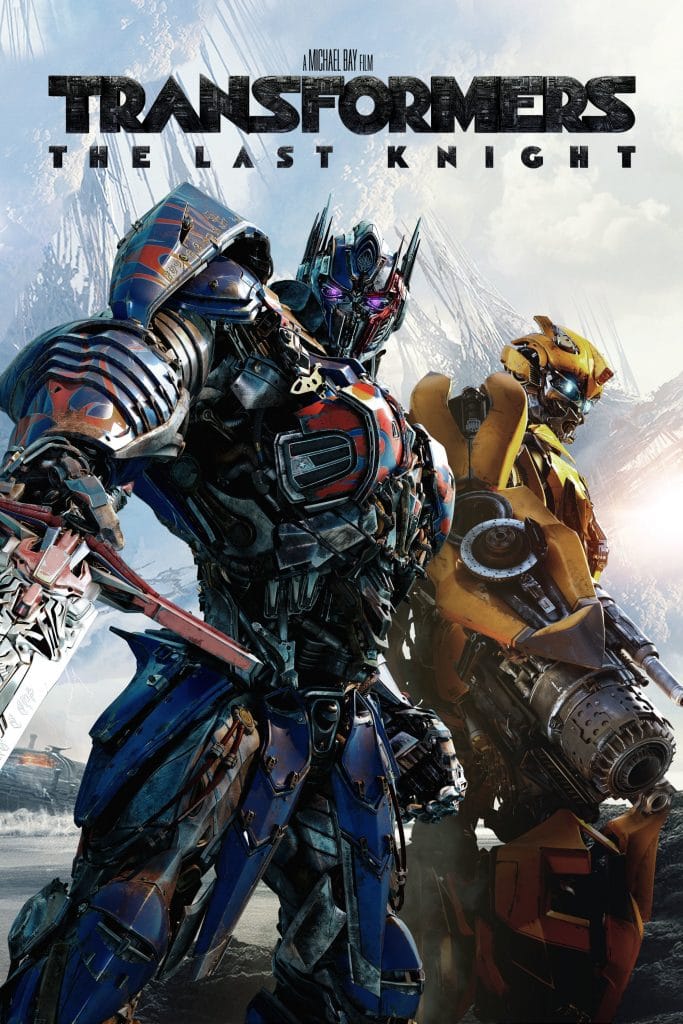 If you are a hardcore Transformers’ fan, then skip this point, it’s going to be very heartbreaking. But if you have not watched the movie yet, then you have to read it. The movie was rated just 16% on Tomatometer (it is probably the least rating I have ever seen) and 5.2/10 on IMDb. The movie really felt boring. Previous parts of the movie were good, like the first three parts, although, even they were rated around only 40%, they were still way better than this movie. 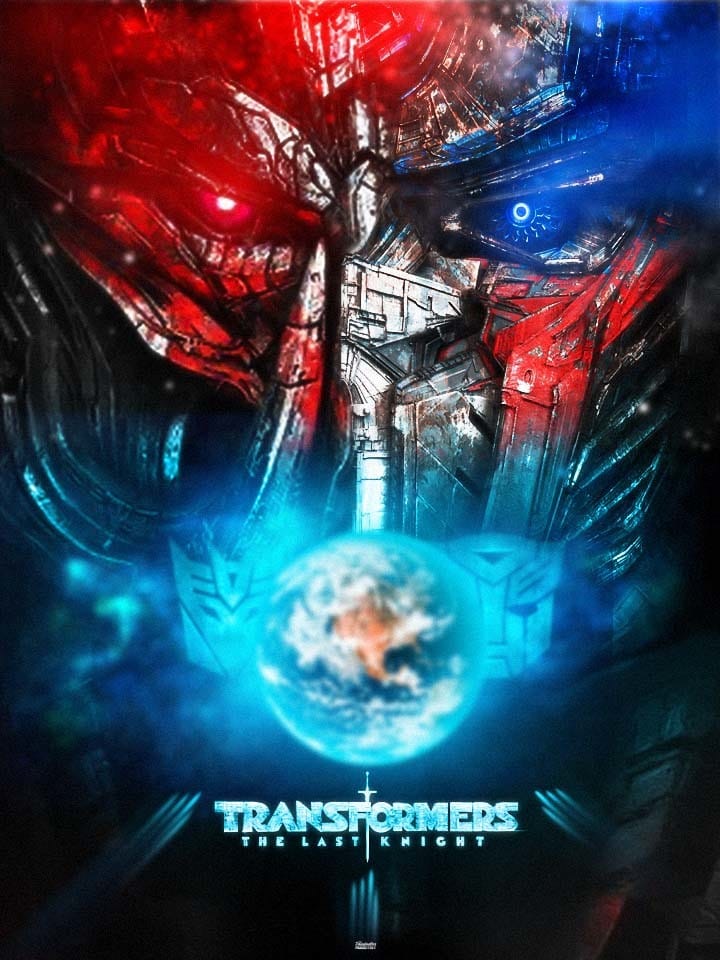 Transformers used to be the Marvel’s comics. Even, there are some comics where Transformers team up with Avengers. But this movie is not a Marvel’s one, it’s under Paramount Productions. Marvel no more holds the rights to Transformers, if they had, you can guess the rating and the box office. 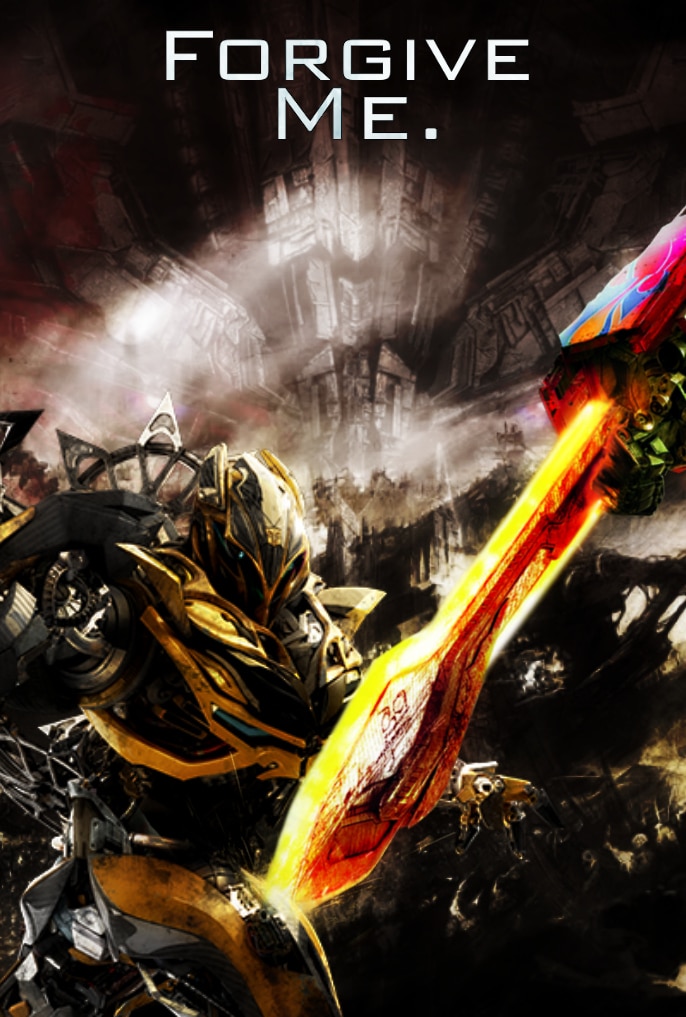 After watching the last two movies’ rating, many people wish (excluding me, I still enjoy it) that it’s really the Last Knight, as the movie series is becoming a “Knightmare” for them. But the production house has some other plans, they are thinking of making it a never-ending series. They already announced the release of the next two movies. 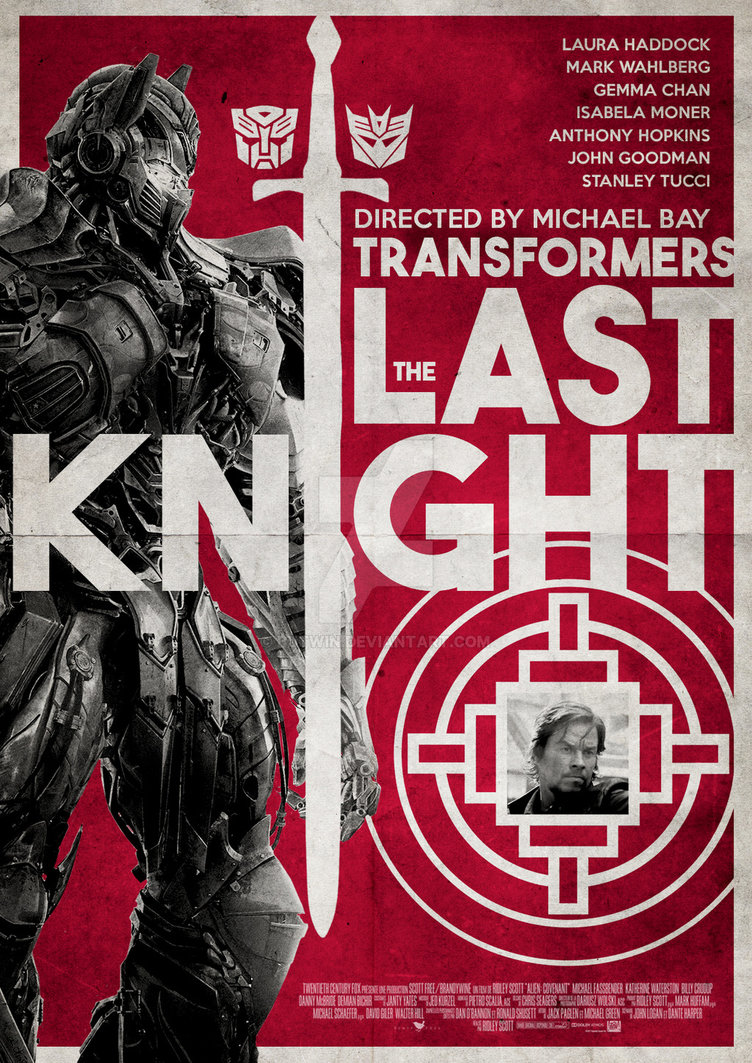 The cartoon series of the movie franchise is much more awesome than the movie series. I don’t know about the old series, as there are so many of them, but “Transformers Prime” is probably the best cartoon I have ever watched. It telecasted between 2010-2013. 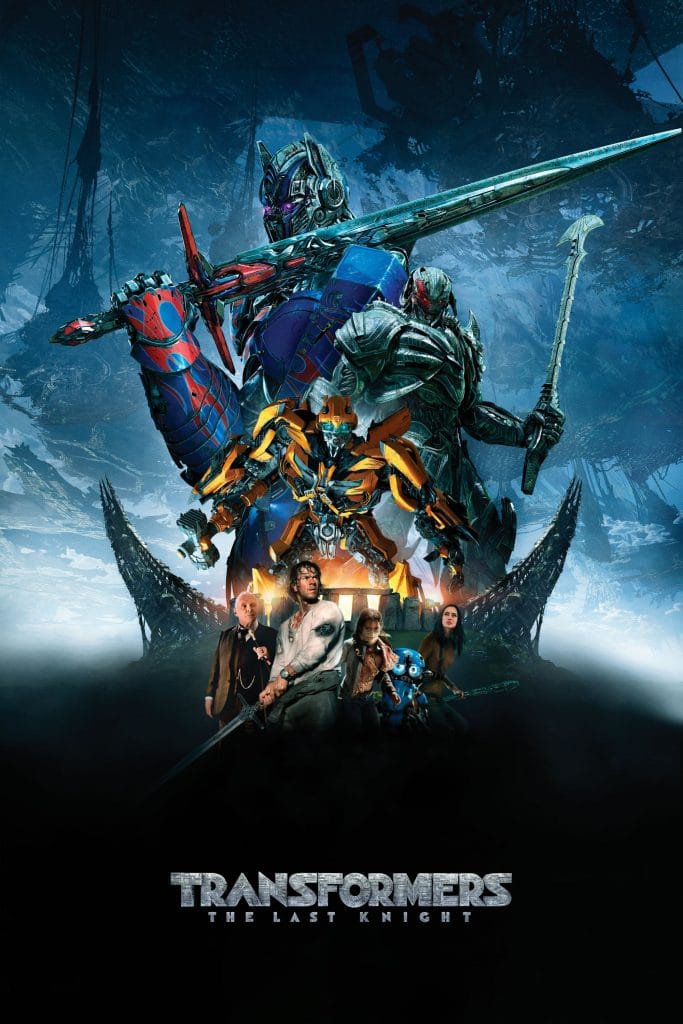 The most asked question is, where the heck is Sam, who was in all the first three installments of the movie series? He was the best hero for the movie but later changed with Cade. Let’s find him in the next poster. 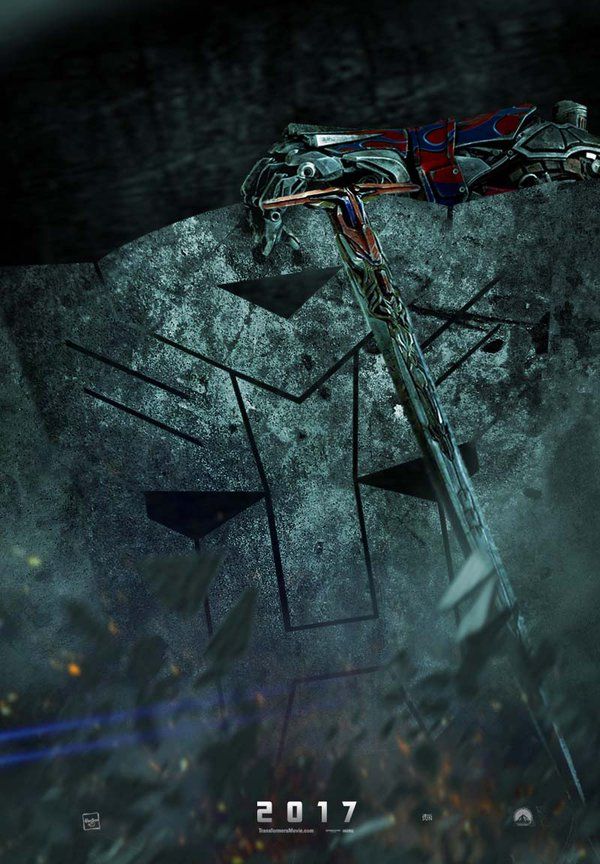 In the movie, Vivian says that she is the only Witwiccan alive. She is basically telling us that Sam Witwicky is dead. But hey, you cannot assume anyone dead in the movies unless you see the dead body, and sometimes, even dead bodies get back to life, just like Nick Fury in Captain America. So let’s wait for him to come back. 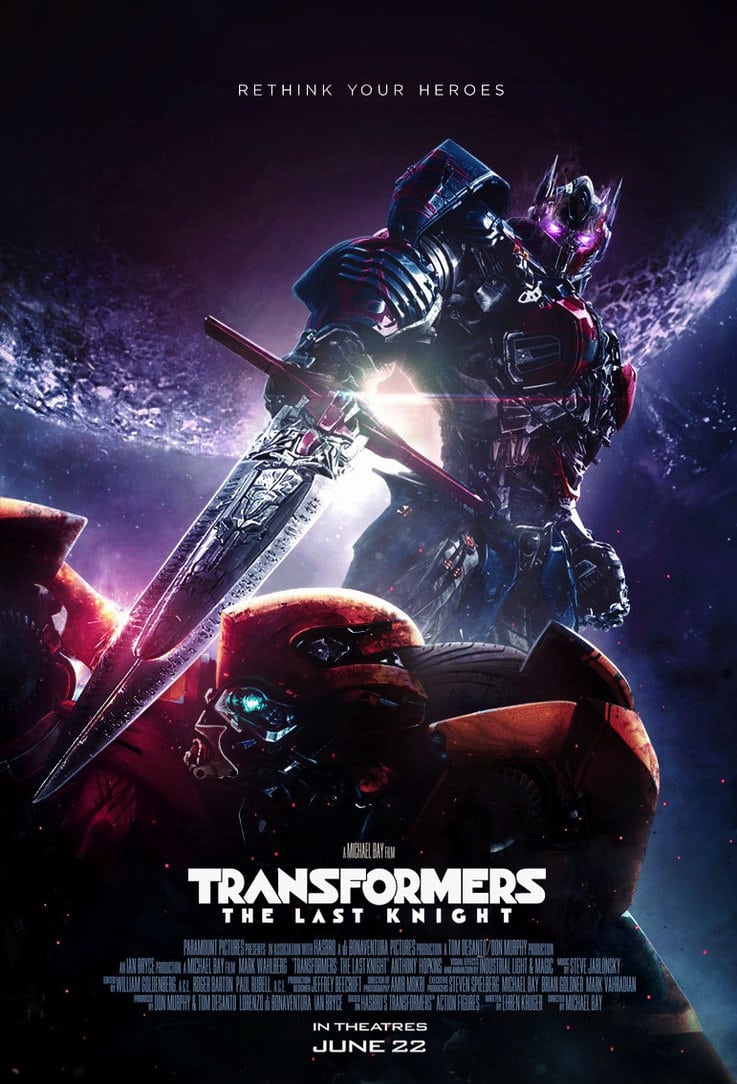 If you have watched the movie, you could still be confused that who is the last knight in the movie. The last knight is the one who received the “junk” from space. Yes, it’s Cade Yeager and not Optimus Prime, he was the chosen one and he proved them right. 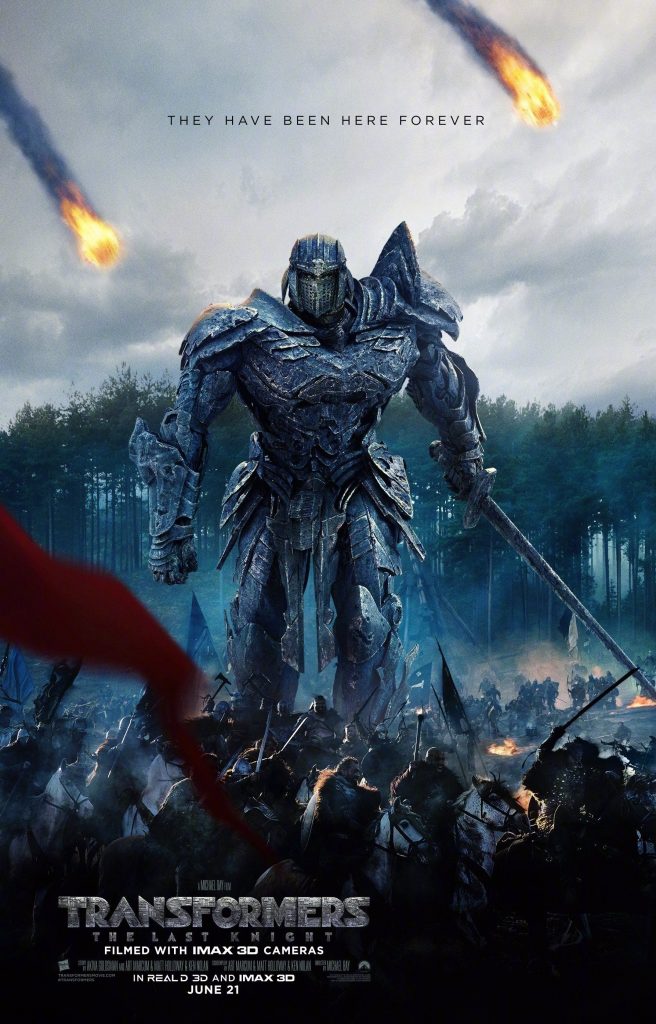 Tessa Yeager is the daughter of Cade Yeager. She appeared in the Transformers Age Of Extinction. But she is not in the movie and the reason is explained as she is a college student and Cade is fighting for the Autobots which are illegal now, which makes Cade a criminal and he doesn’t want his daughter to be called a criminal. Hence, she is away from him, though, she calls him at one point in the movie but didn’t appear anywhere.

23. And The Worst Picture Award Goes To… 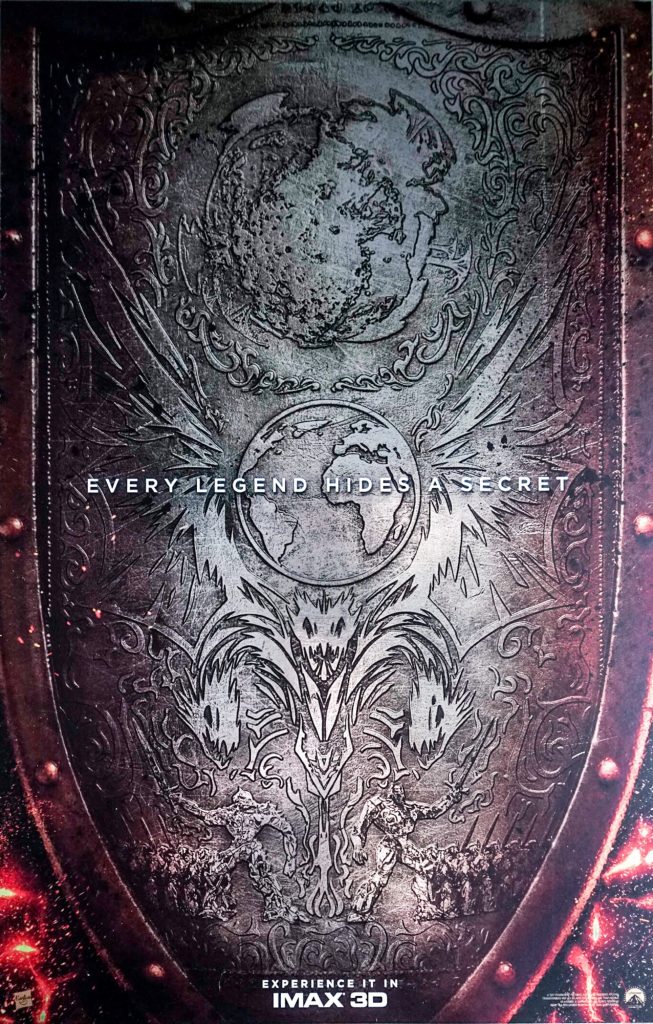 The movie was nominated for 10 awards including Worst Picture, Worst Director and Worst Actor for Mark Wahlberg at 38th Golden Raspberry awards. Luckily, it didn’t win any of them. 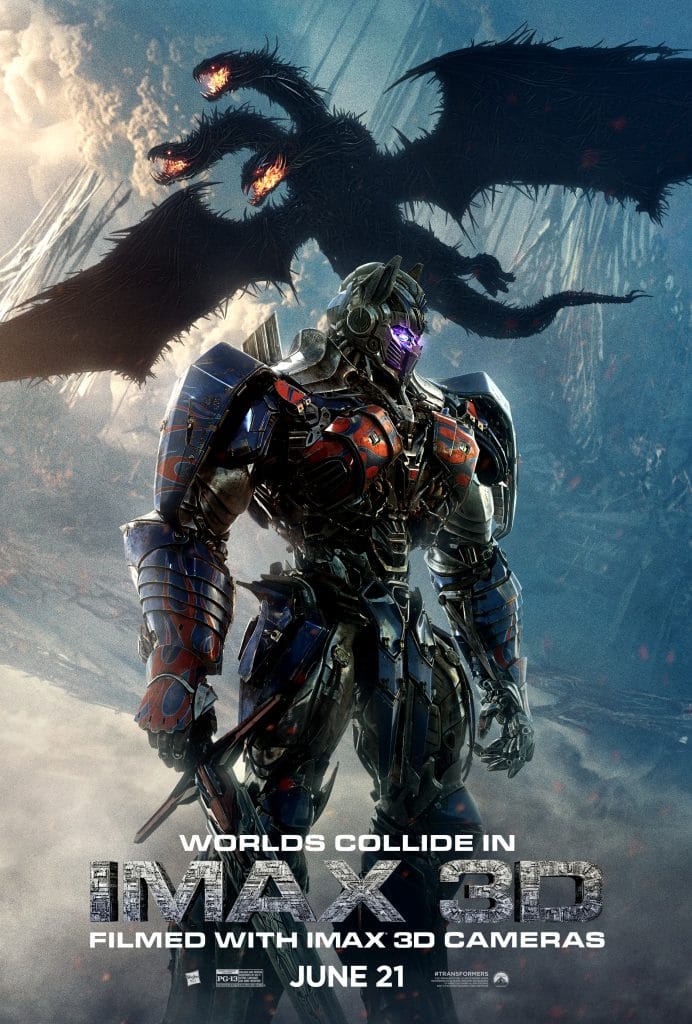 The voice of Optimus Prime is given by Peter Cullen and we all have heard his voice even before we watched the Transformers movie. Yes, I know already guessed it, he is the voice of Winnie The Pooh. I actually don’t know what maker made them recruit the voice actor of Pooh, he is a cute little bear, whereas Prime is a solid huge alien vehicle.

25. Coming Back This Year 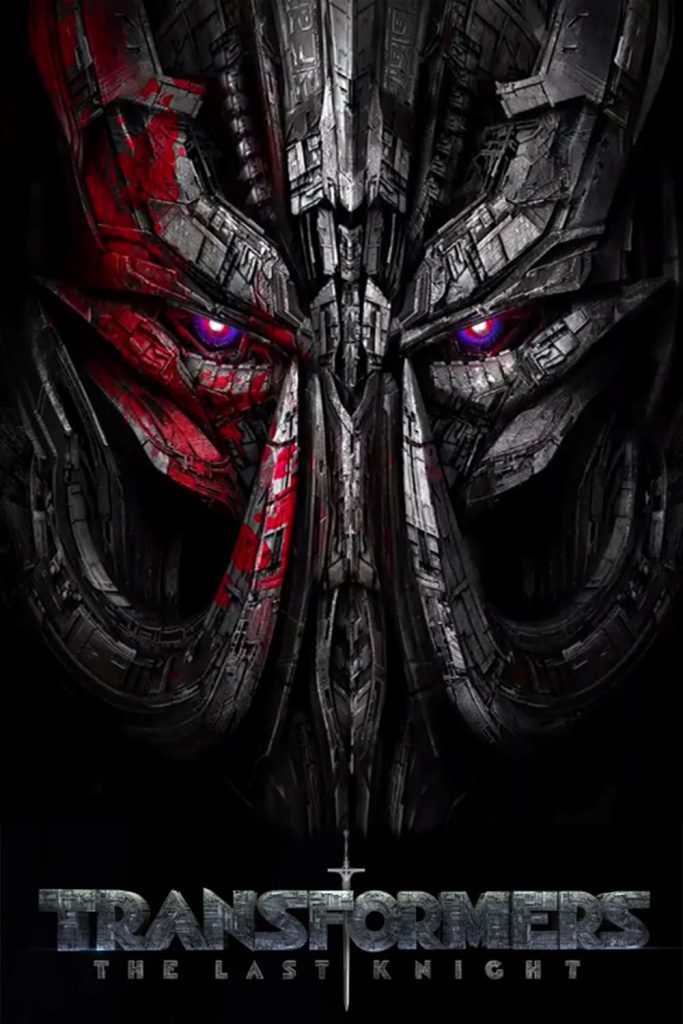 As I already mentioned that Paramount has no plans to stop, so they are coming back this year (2018) with a new movie which will be based on Bumblebee, and I hope they tell us how he lost his voice. (Probably) Spoiler Ahead! Bumblebee lost his voice because of Megatron’s torture as he refused to give intel about Autobots. Ohh boy! I’m glad I got that off my chest!

Now, its time for some bonus posters for all the real Transformers’ fans! 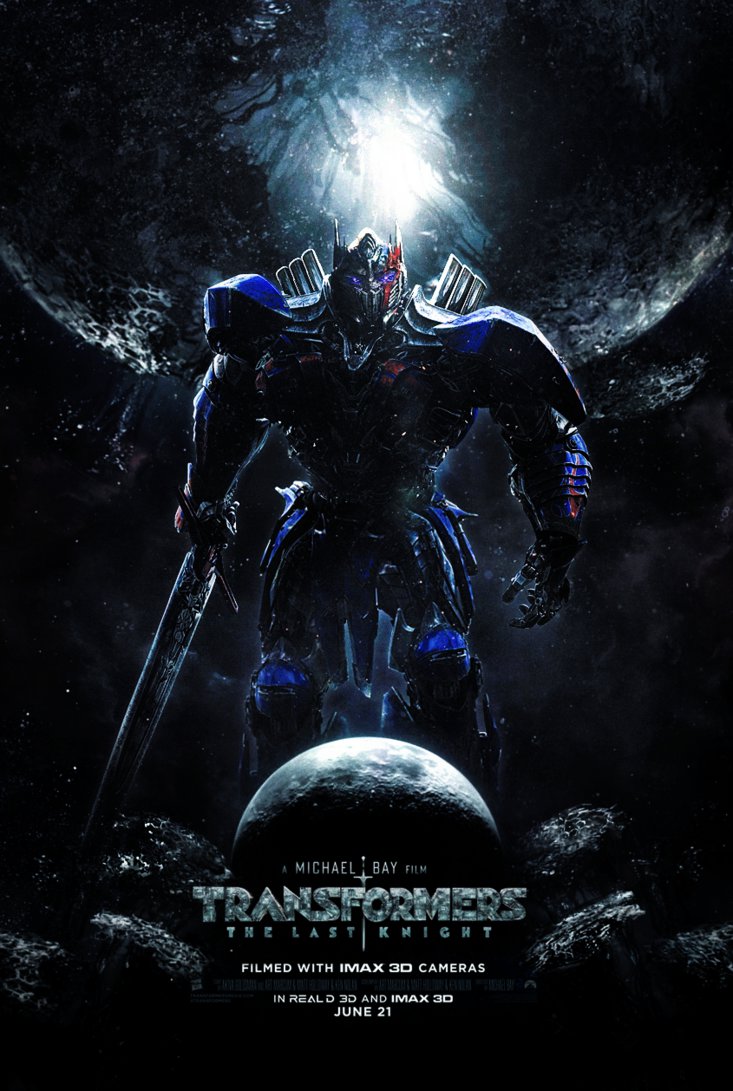 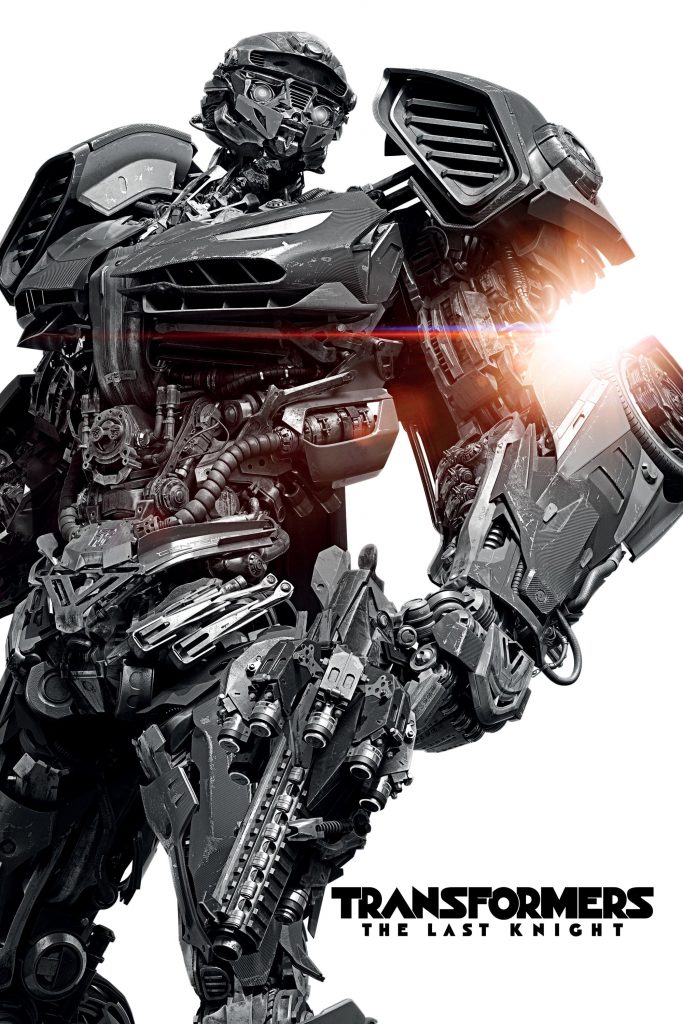 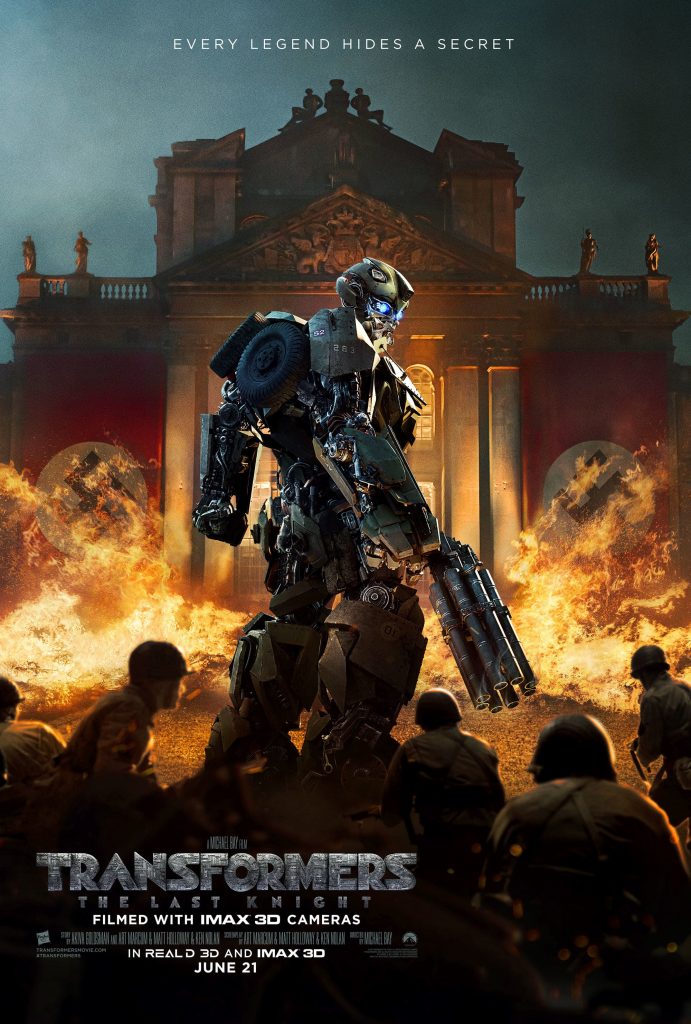 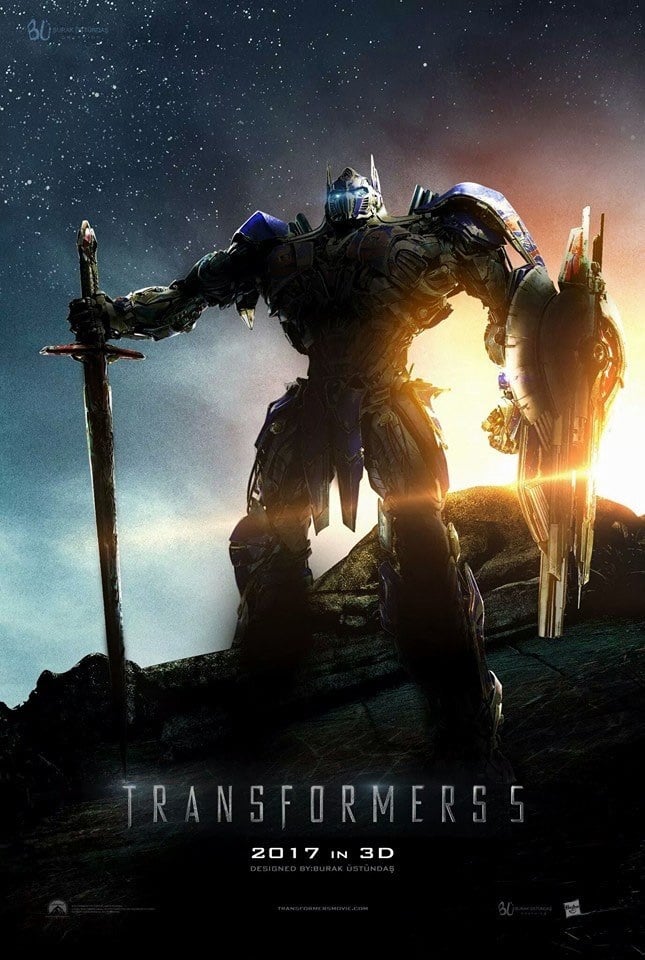 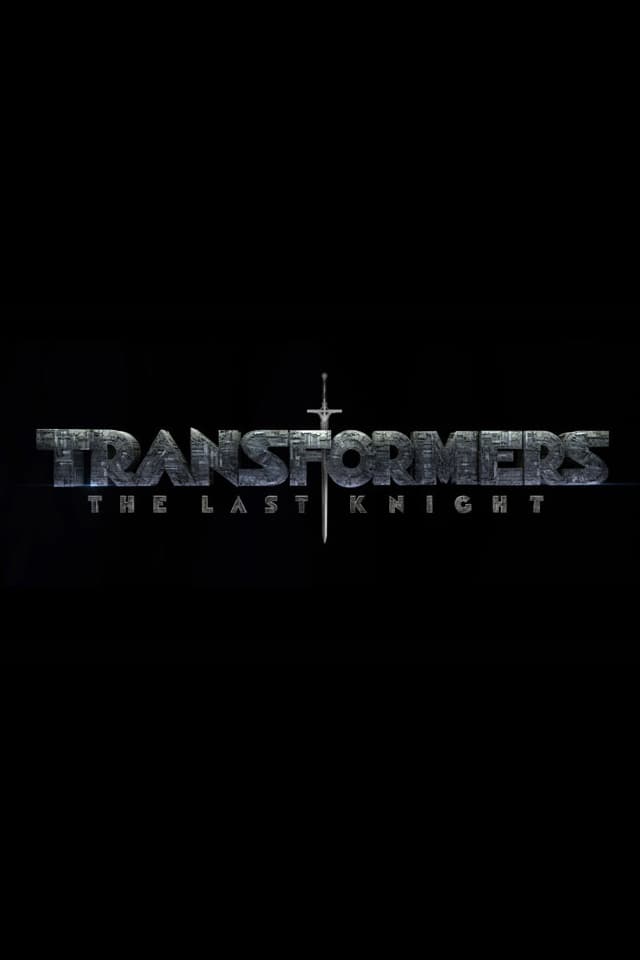 The movie is full of action. If you are an action freak, definitely go for it, but do not expect anything else like much comedy or romance from the movie. I’m a fan of Transformers from the first movie. But I think that only first three movies are worth watching and not the last two.

Also, makers should have gone with the story related to Sam Witwicky, because we create memories while watching a movie, and when we watch the sequel, we recall those memories and connect it with the current situation. But when the characters get changed, we don’t connect them anymore and think that the movie is just a trash.

Even if they bring Sam and all the old characters back in the next movies, we will not like them, because we already have the image of Transformers movies as a boring one. I hope the next part meet the least expectations of the viewers.

But for the upcoming parts, you will have to update your rooms posters. Don’t worry about that as we are here for you with printable posters which are totally free to download, all you have to do is to right click the image (long press the image if you are on mobile) and click “save image”. Don’t forget to bookmark this website as we keep bringing you new amazing posters of movies and TV shows for you. Also, share this post with your friends and family.

More movies you would like to give a shot to:

Check here for the list of all the Transformer Cartoon shows.