DC comics only have the one really great hero, who is none other than Batman. But they have the best villain in the whole comic history, Joker. Batman is the coolest hero not only in the DC universe but even in my overall coolest hero’s list, he comes at number 2 (1st will always be Iron Man).

But Joker will always be the best hero of all time, say it in DC or Marvel. Sometimes, it feels like DC must have acquired both of them from Marvel, I mean, how the hell can they make so damn awesome hero and villain. So, in the memories of both of them, we are here for you with this post of The Dark Knight Poster Collection.

Before going straight to the posters, let’s talk about them a little.

Batman is the hero of the Gotham city which is facing a big problem caused by the criminals there. Batman and the district attorney together start rounding up the criminal until a mysterious criminal called Joker comes to highlight and start causing bigger chaos in the city.

The Super Stars of the movie are:

Let’s go to the Gotham city now to meet the heroes, especially, Joker! 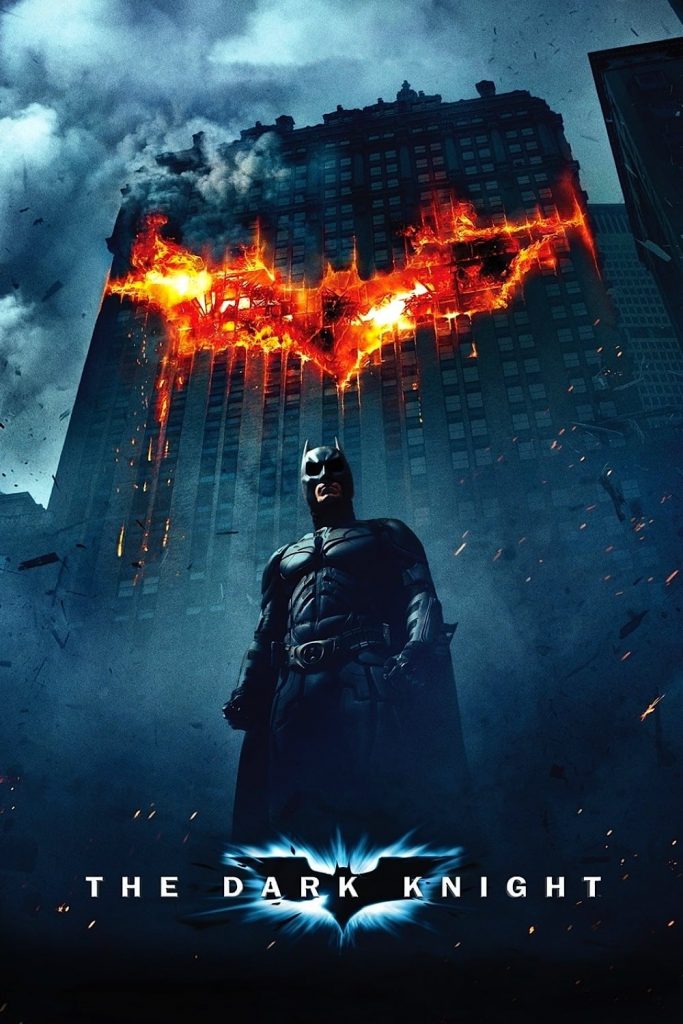 The movie was released in the July of 2008. The movie was an instant hit because of its prequels success. The above one was the official poster used to promote the movie. 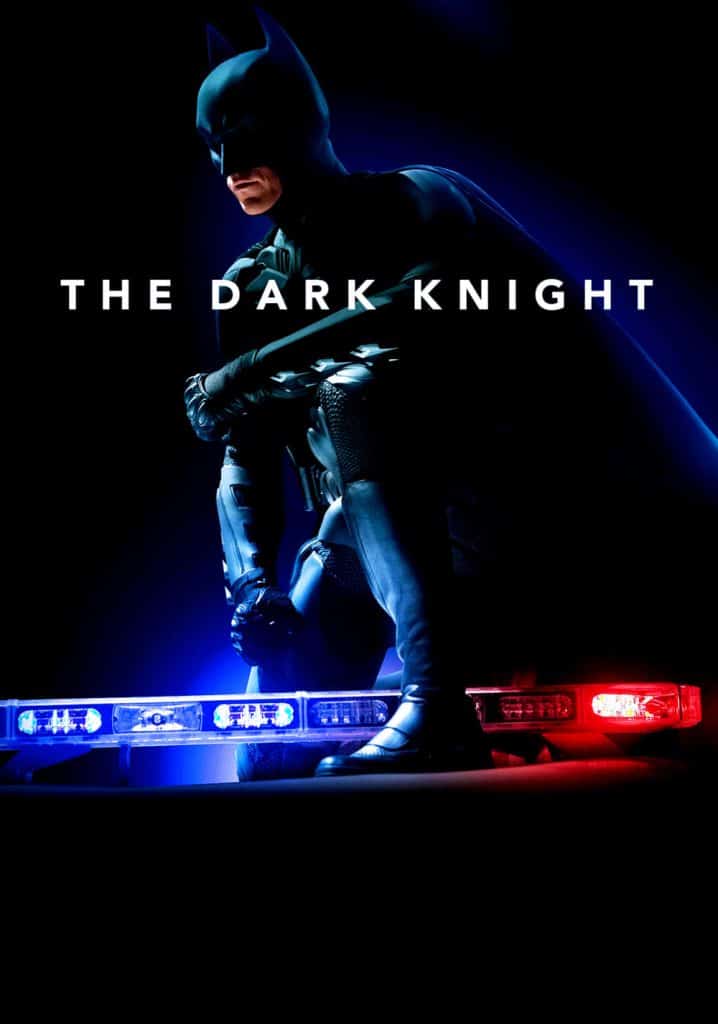 The movie made more than a billion dollar on a budget of just $185 million. It was a big success for them as, even after being a great movie, the prequel sucked at the box office. 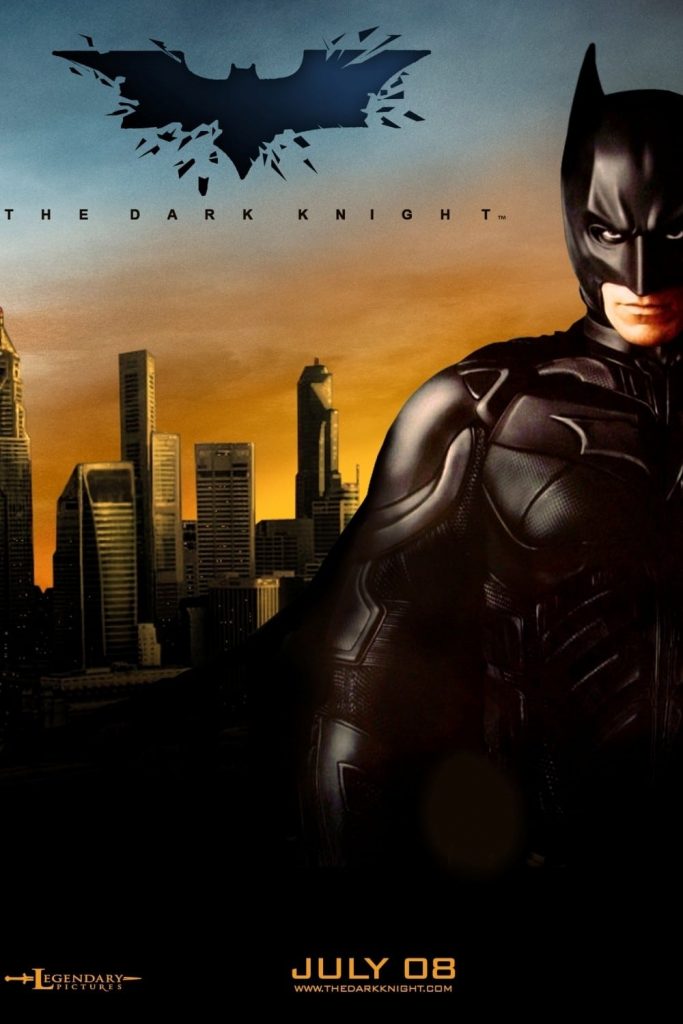 Although there is no way you guys don’t know about him, I will still introduce him a little. Batman is Bruce Wayne, who is a billionaire playboy at daytime and a vigilante at night. 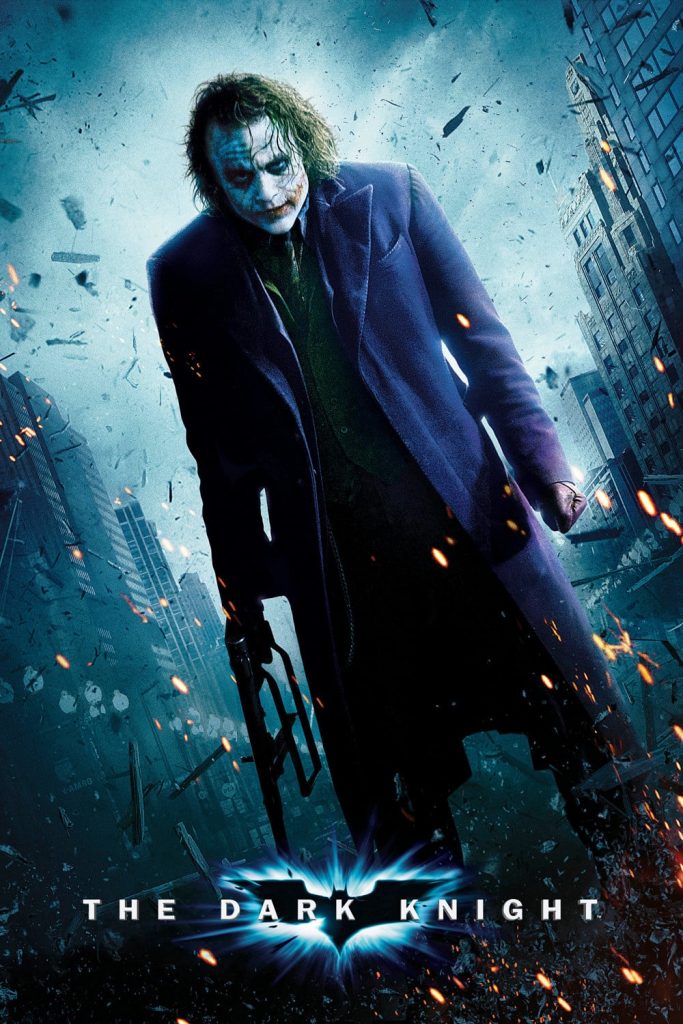 Joker is the main antagonist of the movie and he is the best villain ever (I know I have said this like 100s of times, but its true). He is a violent sociopath serial killer with a Joker’s face. He kills for his own amusement. 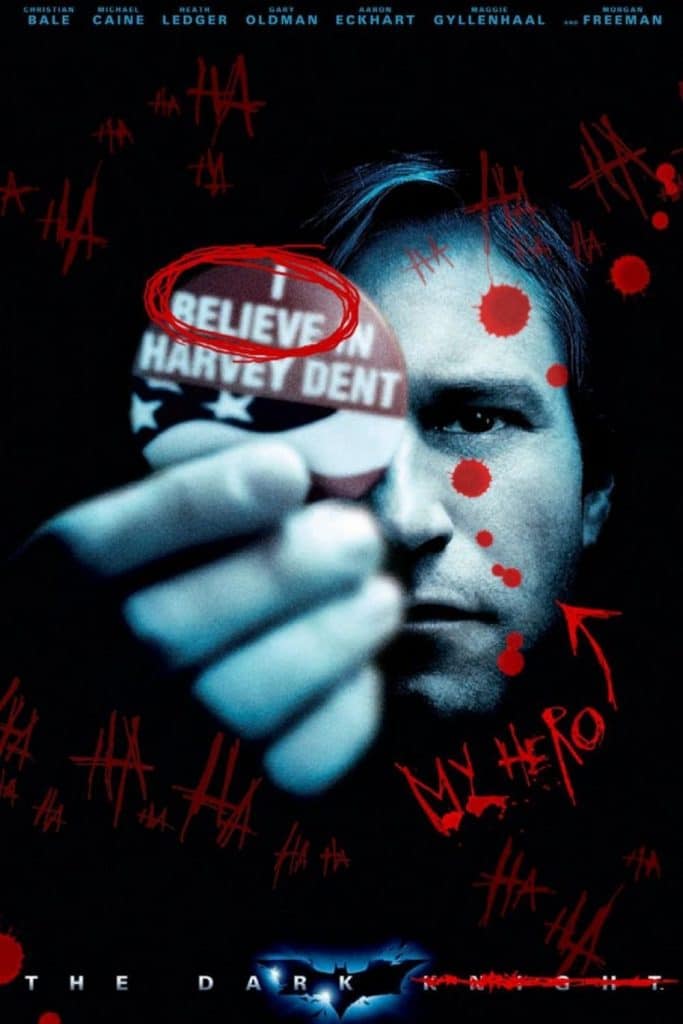 Harvey Dent is the District Attorney of Gotham. He has a “two-headed” coin, which he considered his lucky charm. He believes in his lucky charms and takes the decision on the basis of that coin only. 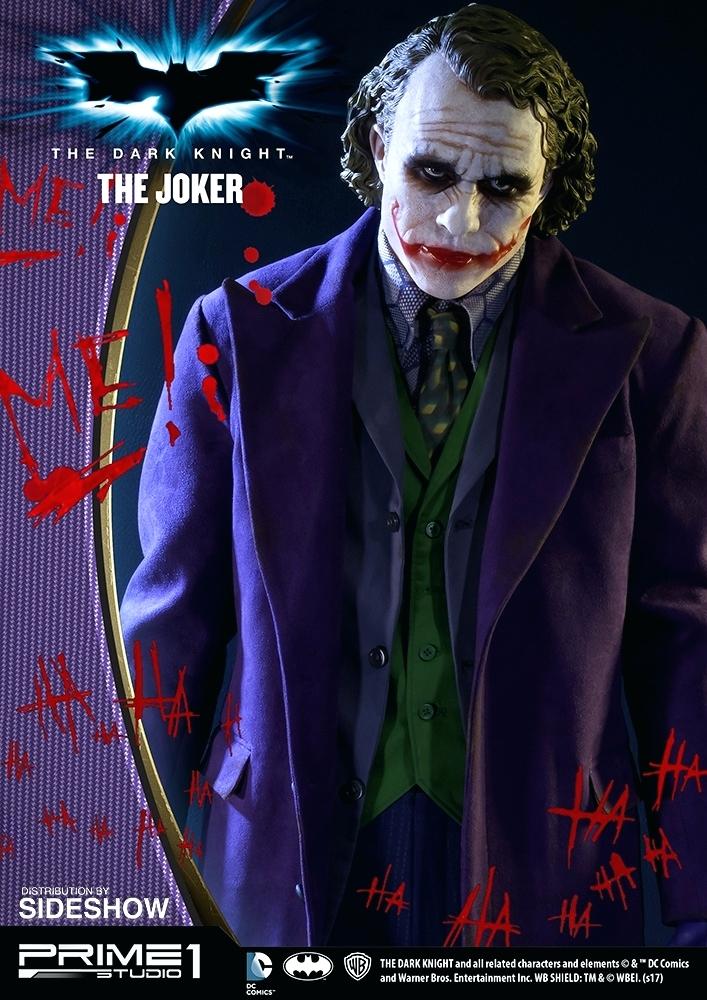 The movie starts with the heist scene of the Joker, where every other thief kills each other one by one expecting more profit. 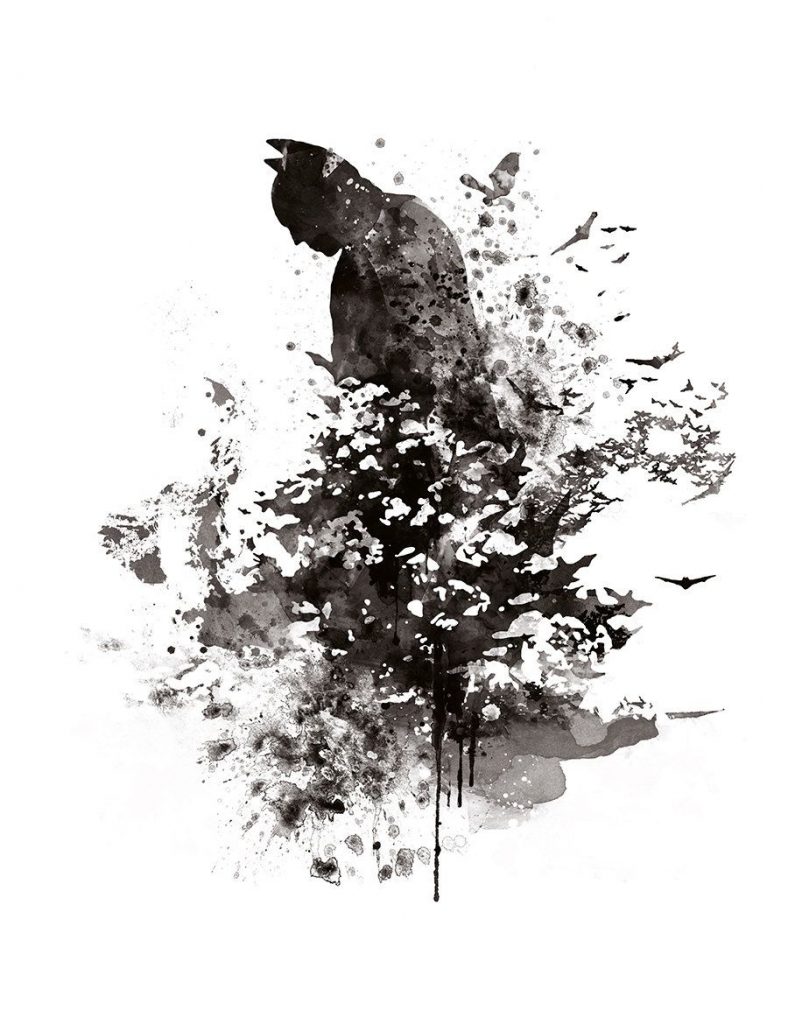 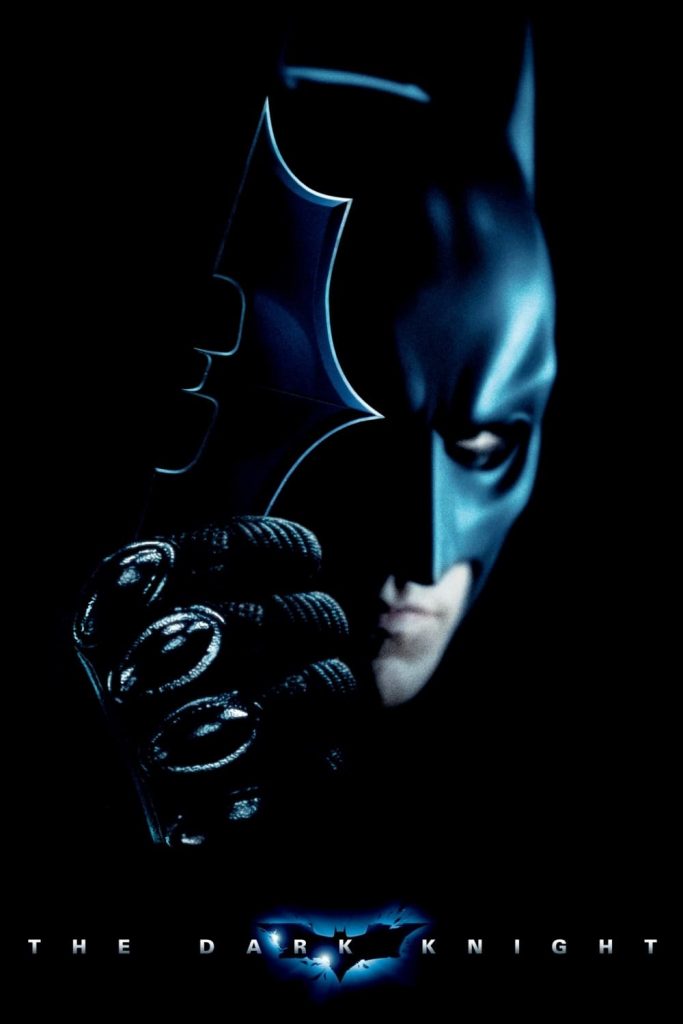 Christian Bale is no doubt, the best Batman of all time. But he was not cast in Batman Vs Superman and the director explains it saying that the batman in their movie is not the same batman as in The Dark Knight and that the Dark Knight doesn’t exist in DC universe. No surprise, DC’s movies are trash.

9. What Does Joker want? 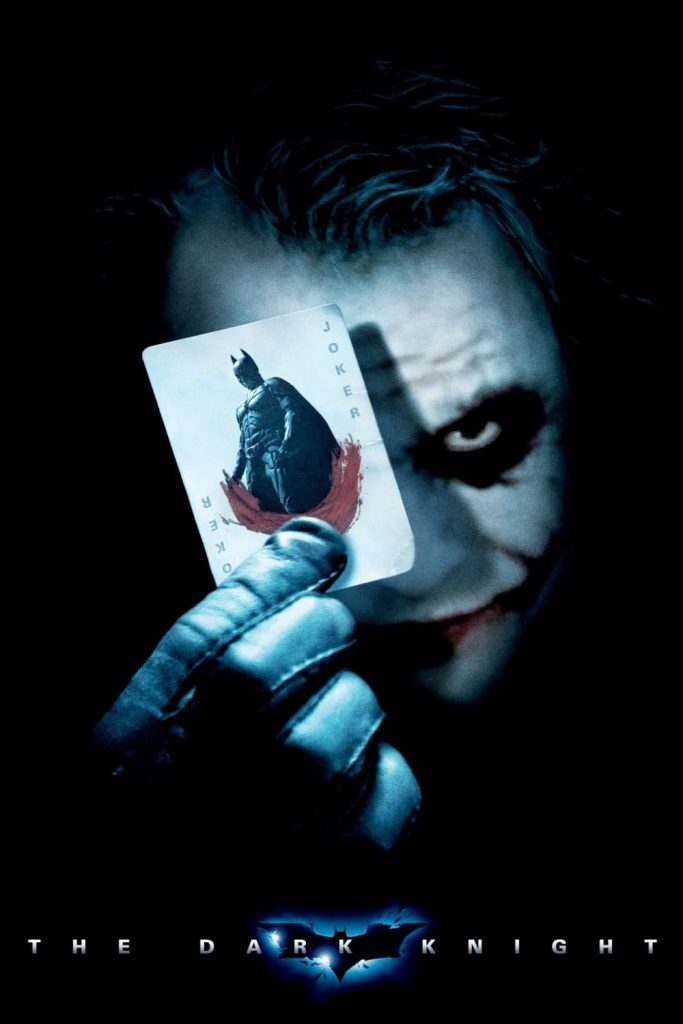 Joker is the person who steals a big bag, no, a big truck of money and burns all the notes. In the movie, all he wants is to know who Batman really is? But later in the movie, he just want play with Batman. 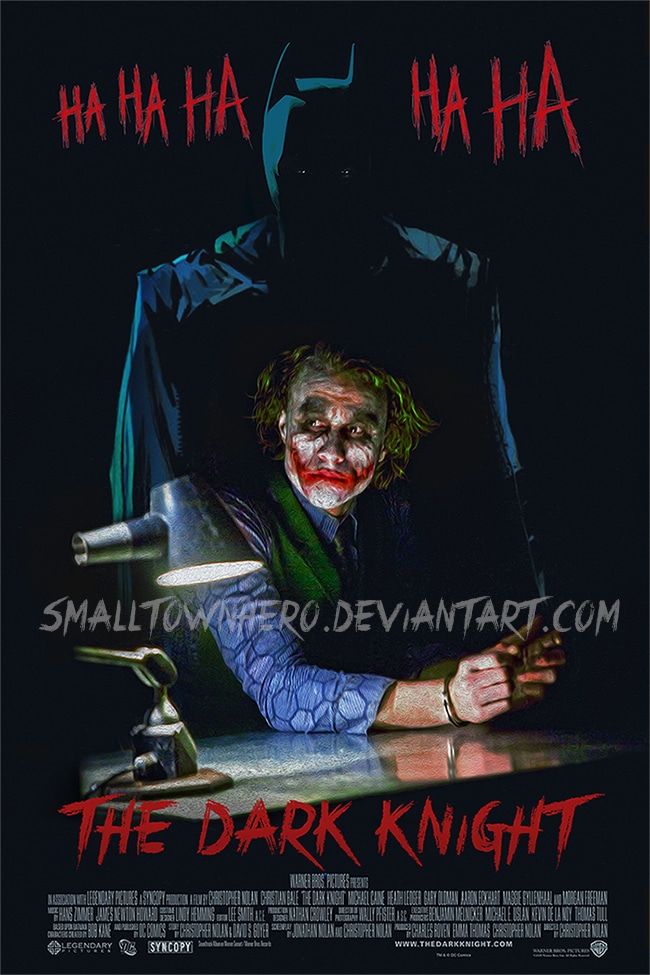 Heath Ledger nailed his role as Joker. I cannot imagine anyone else in the role of Joker. He even got the award for Best Actor As Supporting Role for this movie. Unfortunately, he couldn’t watch his best movie, which rocked the world as he died six months before the screening because of cardiac arrest. Some people even believe that his obsession with Joker caused his death. R.I.P The Legend Heath Ledger. 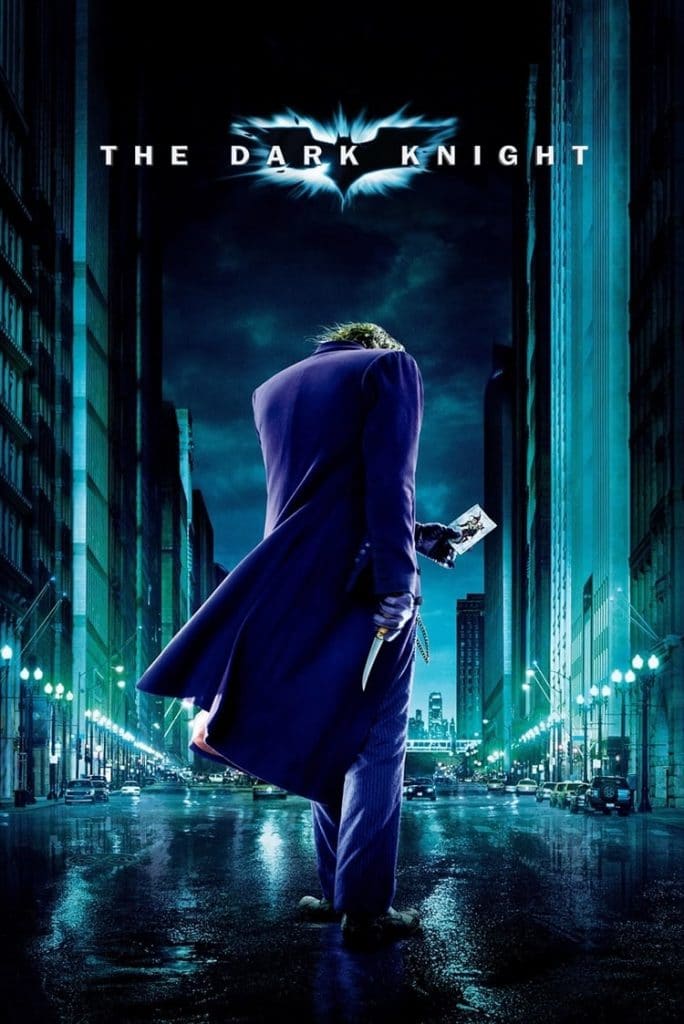 Christopher Nolan made the movie but didn’t feature the past of Joker. Joker didn’t have one particular history of becoming the Joker, but there are many stories which led him to this path. 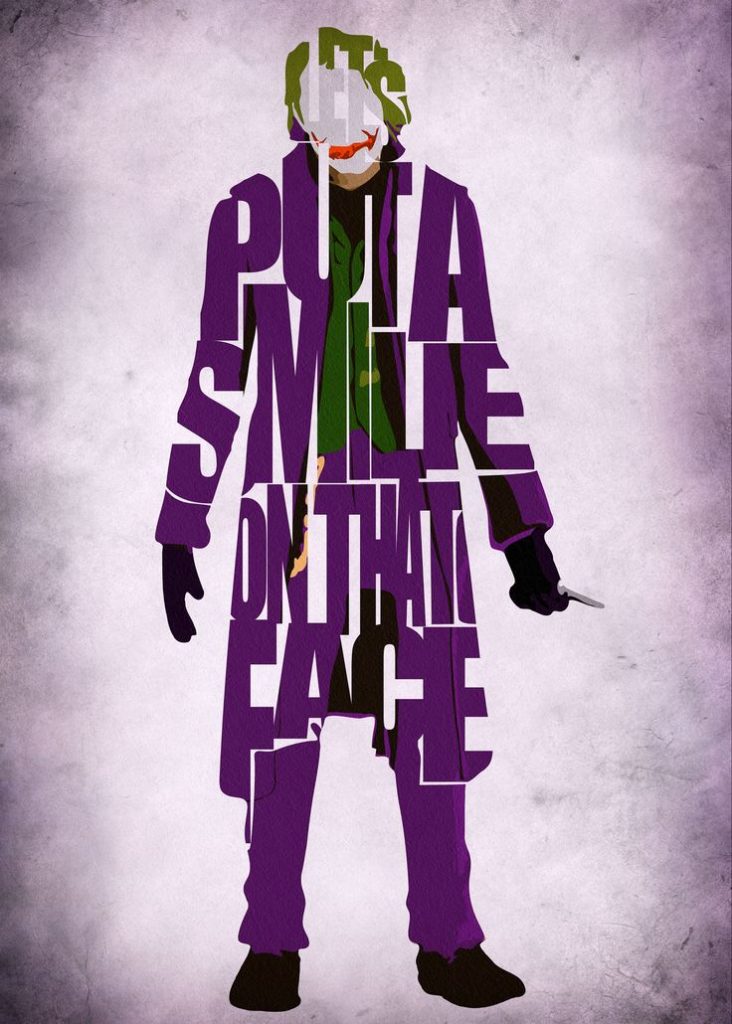 According to the movie The Killing Joke, a chemical engineer and wannabe comedian quits his job to pursue his dream but to support his pregnant wife, he agrees to help two criminals to break into a plant. But while planning, he gets the news of a household accident in which his wife died. He tries to back out of the plan, but the criminals force him to help. While entering the plant, the criminals get shot by the security and Batman arrives there to investigate. 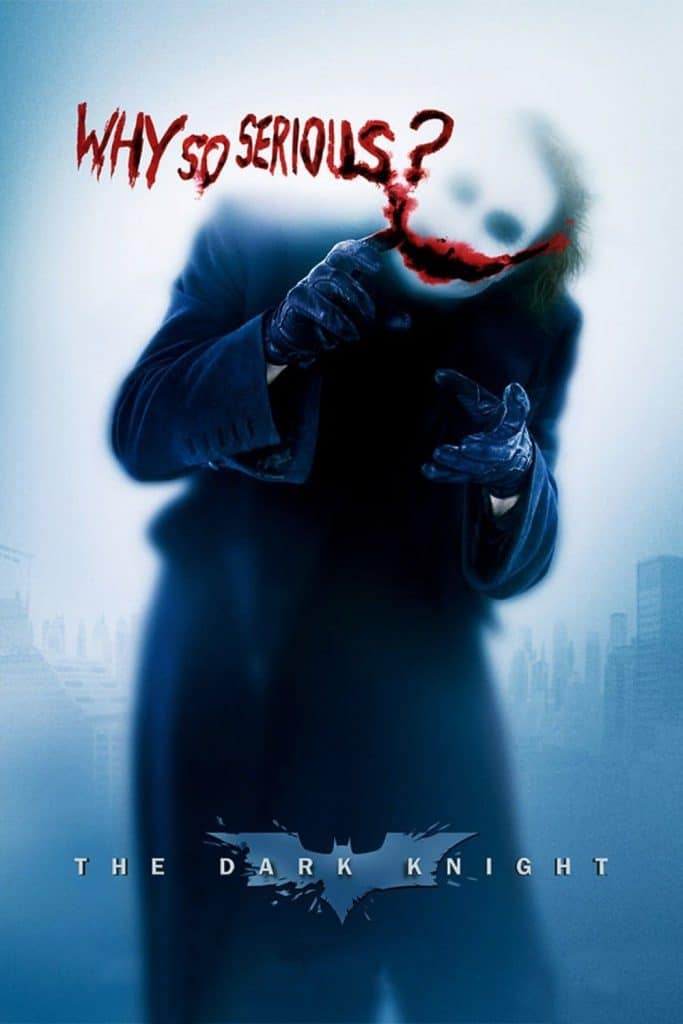 Terrified, the engineer fell into a vat of chemicals and find himself with bleached chalk-white skin, ruby-red lips and green hairs. All these events cause a personality shift to the engineer and results in the birth of Joker. Although, there is another story in which the two criminals kidnap and kill his wife in order to force him to perform the crime and also a story in which the engineer is bored from his job and so he starts killing people, but Joker himself says in The Killing Joke that “ Sometimes I remember it one way, sometimes another… if I’m going to have a past, I prefer it to be multiple choice!”. 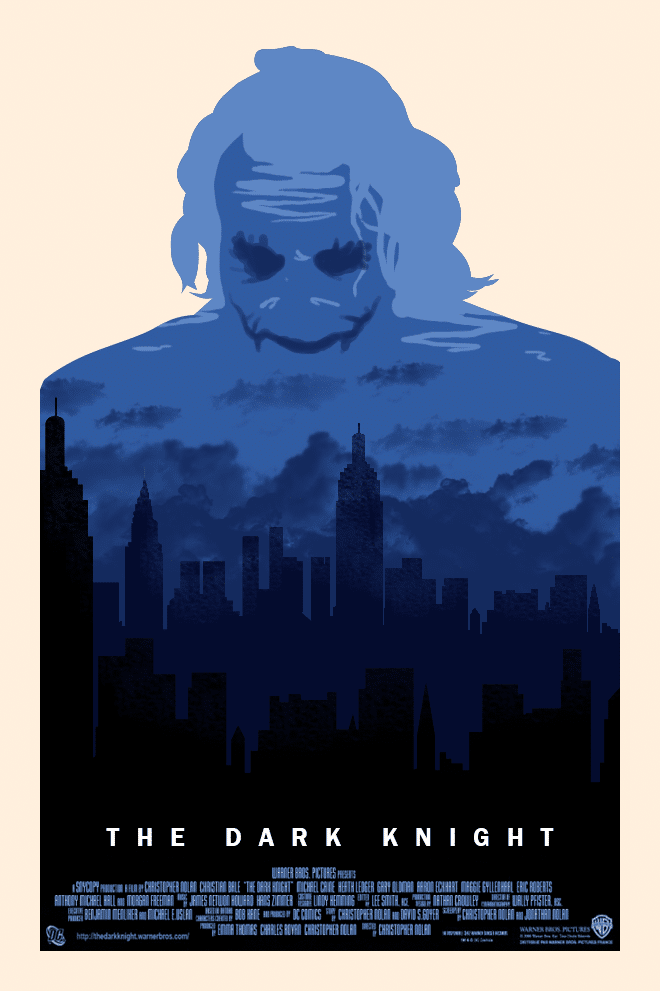 Joker is considered as the best villain in the comic history, not because of his past, not because of the way he murders. But because of the reason, he does it. Unlike other villains, who want to take over the world, or just murder for money, Joker does it without any reason and he can do anything to do it, which makes him a true villain. In fact, people loved him more than Batman. 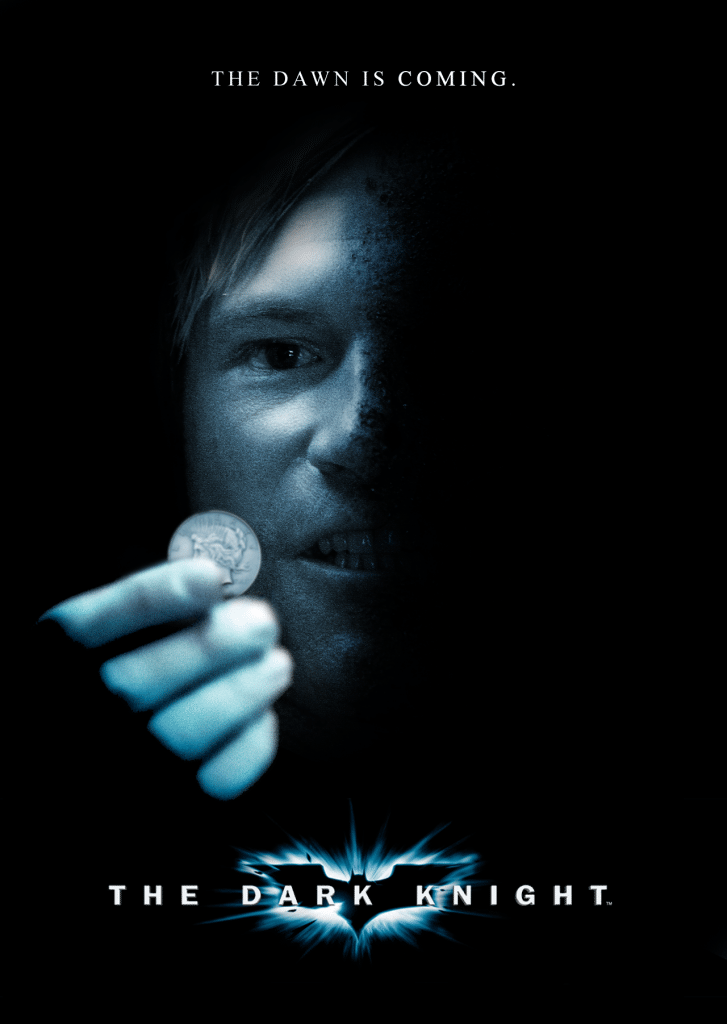 As I already introduced you with Harvey Dent, let’s find his another side. Harvey is an honest district attorney of Gotham. But later, as he faces a near-death experience and the death of Rachel, he changes to a new person because “whatever that doesn’t kill you simply makes you stranger”. 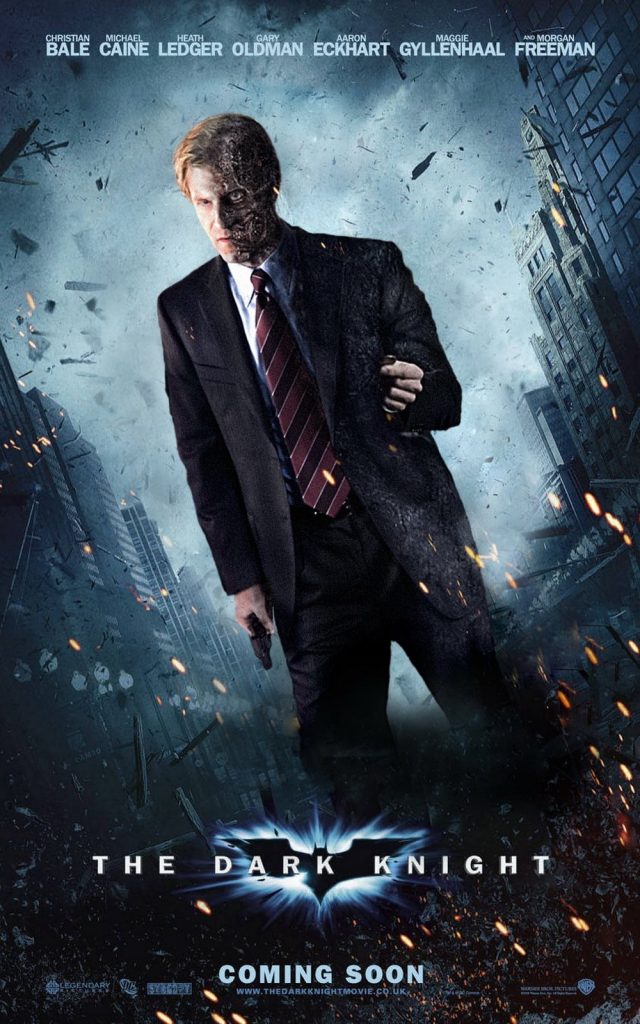 Joker literally gave birth to a new criminal, Two-Face. After the incident of Rachel’s death, Harvey changes into a criminal as he believes that the system is corrupted and police could have saved Rachel if worked to their full potential. Joker knew that only Batman can reach at the place on time and police can’t and that Harvey will change after that, so now read the first line of this para again. 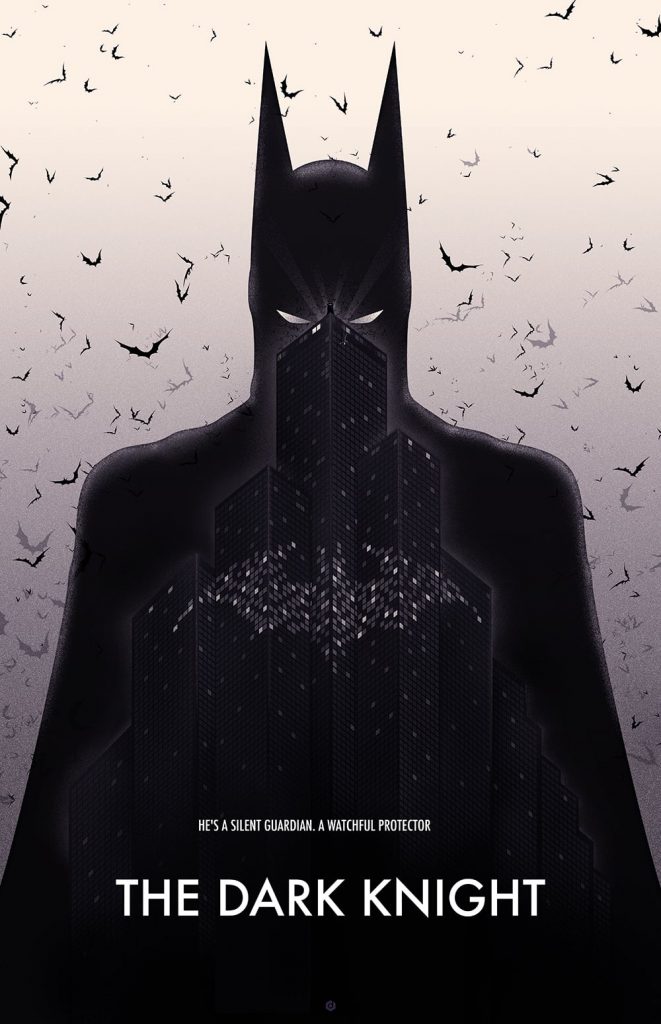 I think almost everyone knows the backstory of Bruce Wayne that how his parents were killed by a thief and how he got trained at Nanda Parbat. As it is all told in Batman Begins. But do you guys know the dark side of Batman? 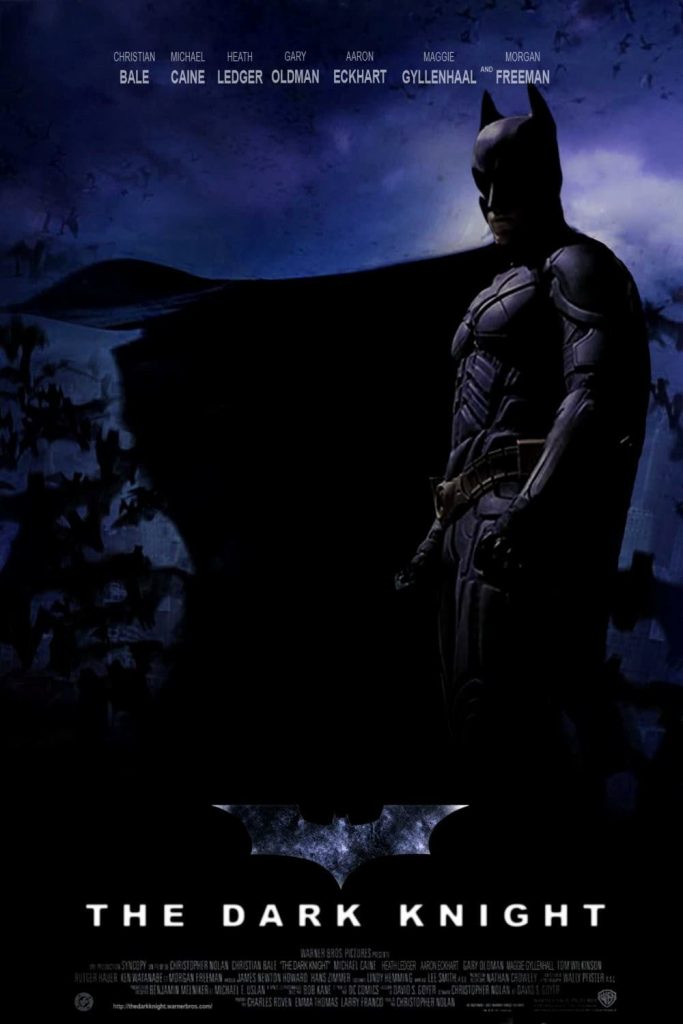 Although we all know Batman is not a fond of guns and don’t use them, he used to. In old comics, Batman used to use guns, and kill the criminals, he didn’t regret killing them all until he realized that he was turning into the man who killed his parents. After that, he stopped killing the criminals. 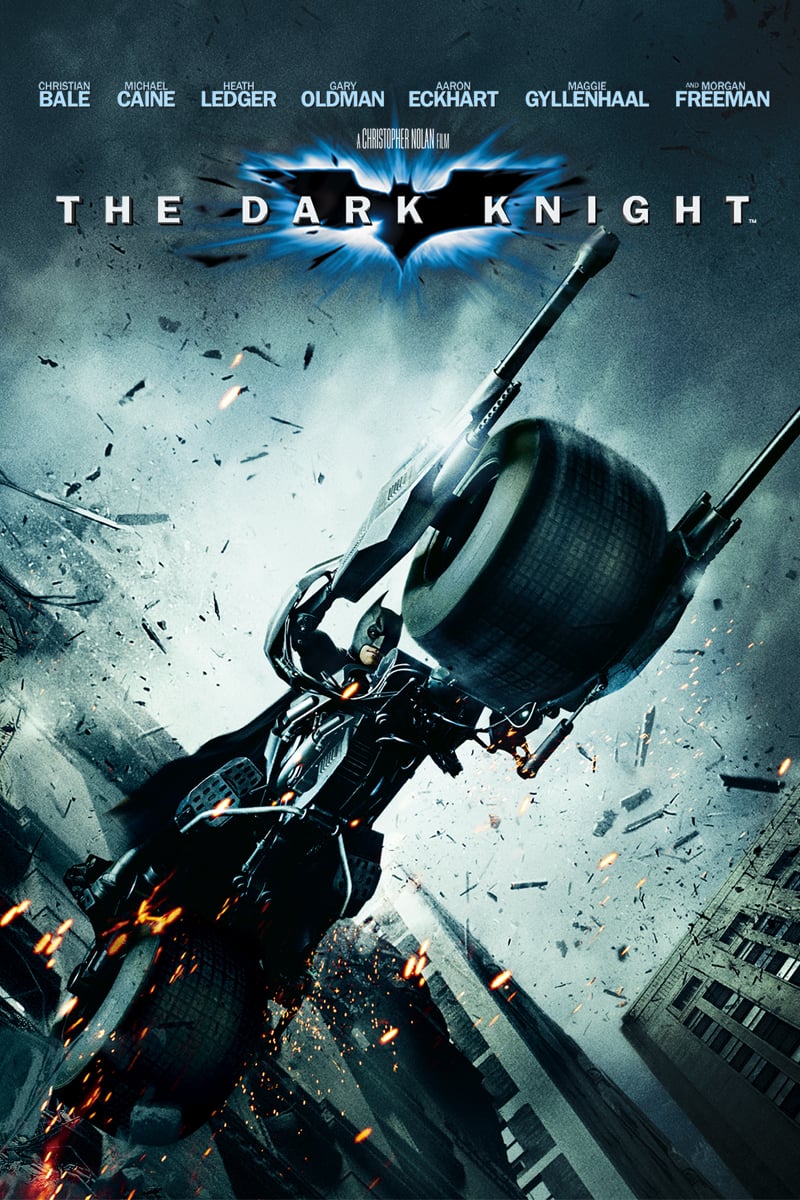 The movie features the Bat-Cycle and we all love Batman’s toys more than himself. Bat-Cycle is actually a part of Batmobile. 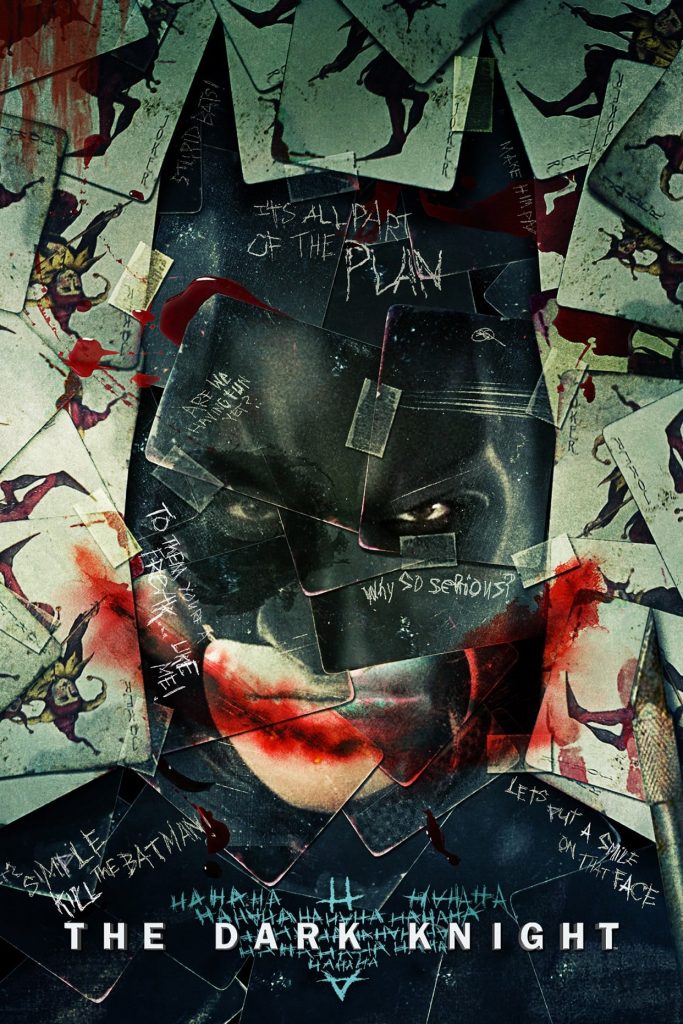 The most important part of the movie, the female lead character is Rachel, played by Maggie Gyllenhaal. Rachel is a childhood friend of Bruce Wayne and current girlfriend of Harvey Dent. 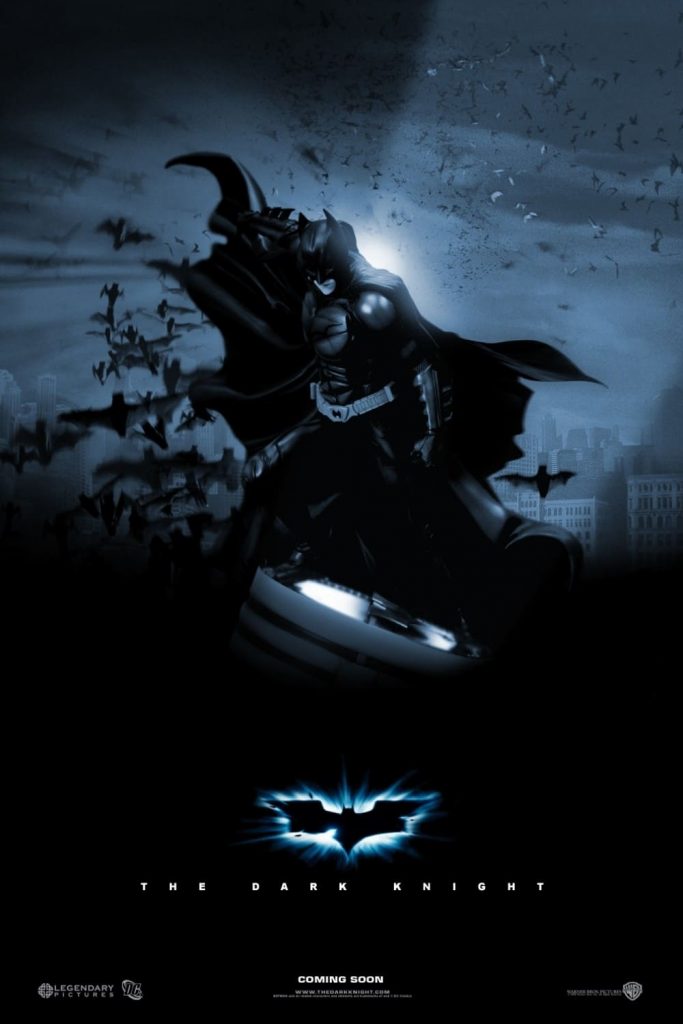 Wayne Enterprises is owned by Bruce Wayne and run by his business manager Lucius Fox. The company started in the 17th century as a merchant house, but later in the 19th century, the company expanded into the business of shipping, chemicals, and manufacturing. In the present day in DC universe, it is expanded into every business say it technology (Wayne Technologies), biotech (Wayne Biotech), Aerospace (You can guess the name now), food, entertainment, and literally everything. 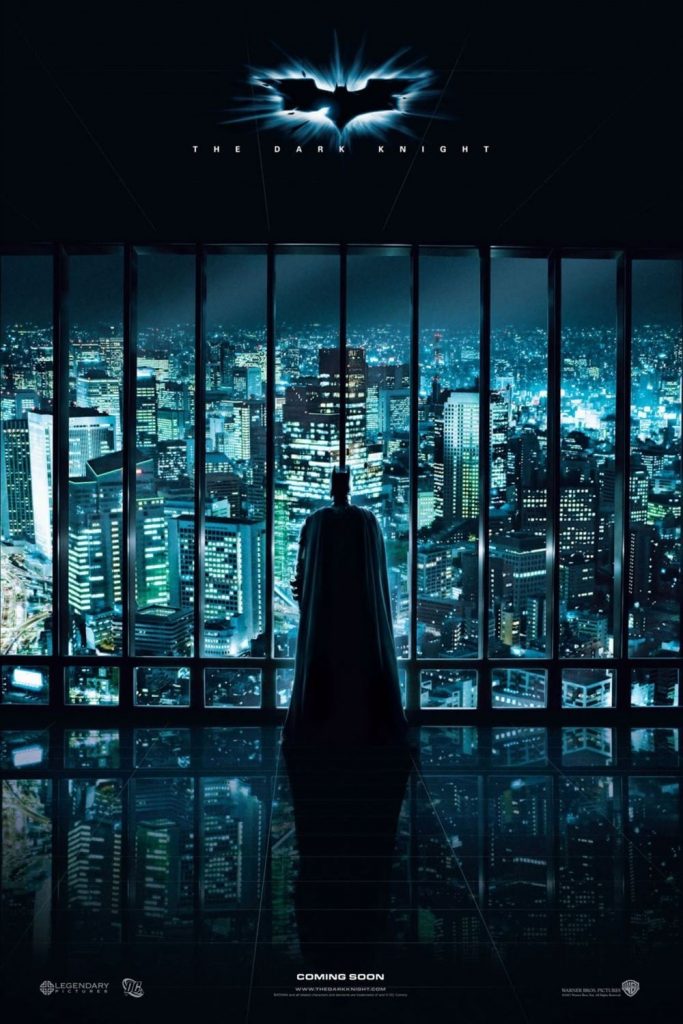 Gotham is the home of Batman and is the birthplace of Bruce Wayne. It is an American city and there was a brief history told in a comic about the city, saying that the city was founded in 1635 by Norwegian mercenary. It was ruled by the British for several years just like any other American city. So we can assume the history of the city by comparing it with other real American cities. 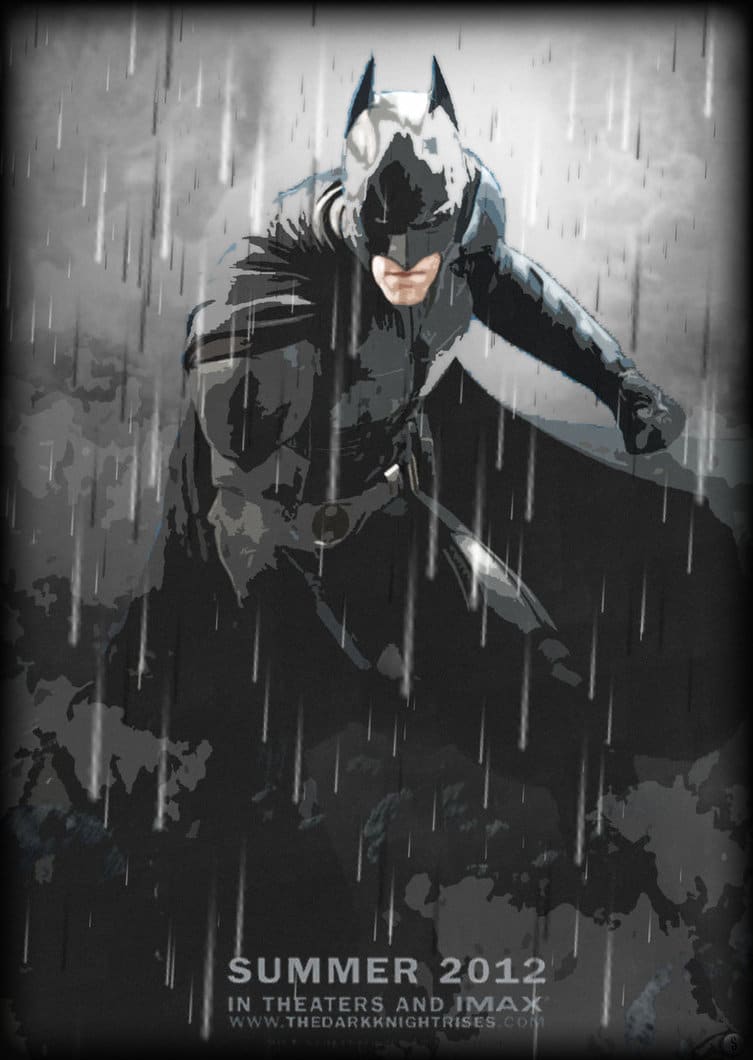 Batsuit is a crucial part of Batman. It is the signature of Batman. Though the bat-suit is slightly modified this time, it makes him “lighter, faster and more agile”. 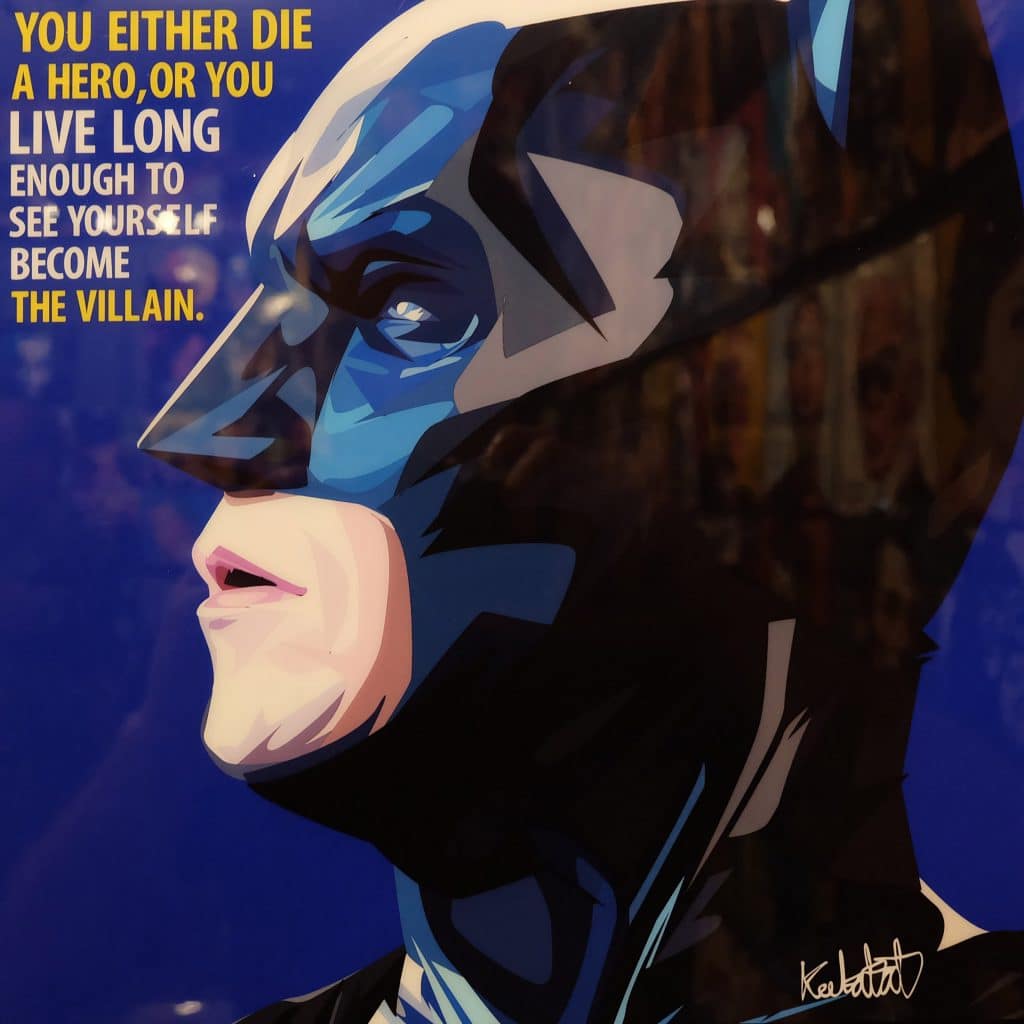 The movie bagged two Oscar awards, one for Heath Ledger as the best supporting actor and the second one for the Best Sound Editing. It’s not normal to win an Oscar for a superhero movie and this was the first time happening.

25. The Real Meaning Of Movie 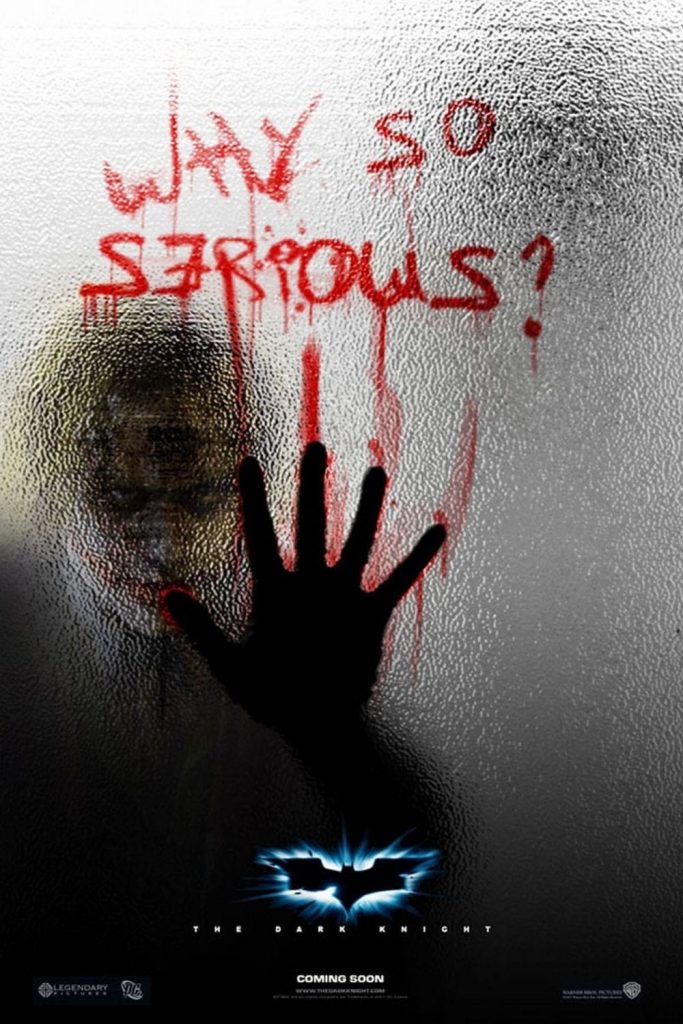 The movie is a superhero movie, without any superpower in it. The real meaning of the movie is the real meaning of life. Joker makes much more sense than anyone else, he is really a masterpiece. He is more of an experienced intelligent person than a psychopath villain. Every word Joker says in the movie, make sense in real life.

Following are some of his dialogues I’m including in the title of the bonus posters. Take them as quotes. 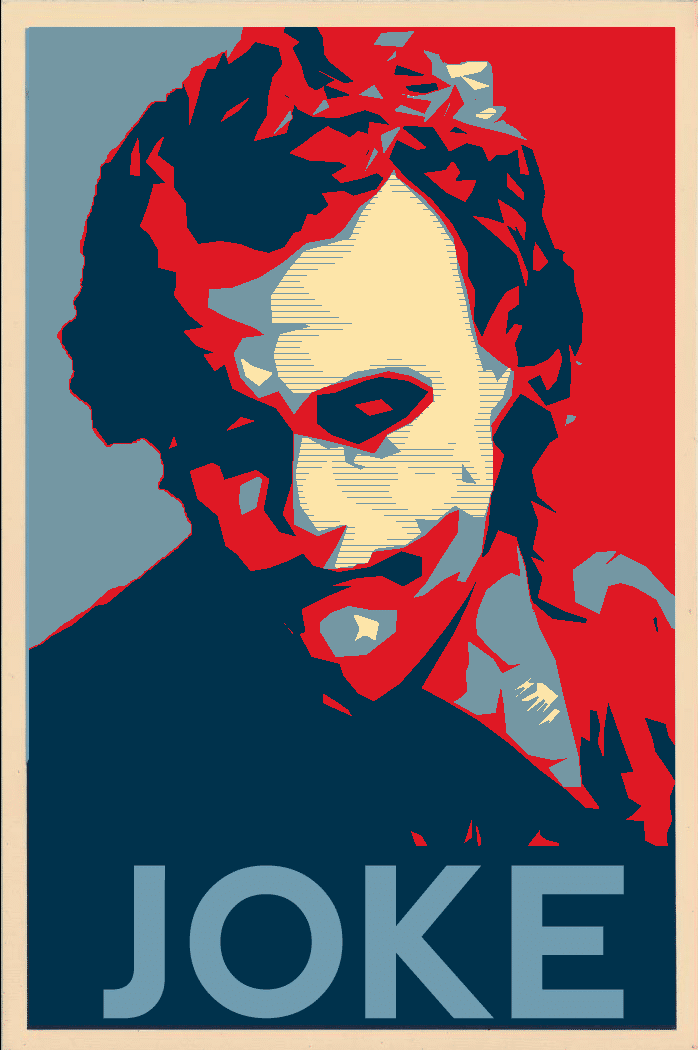 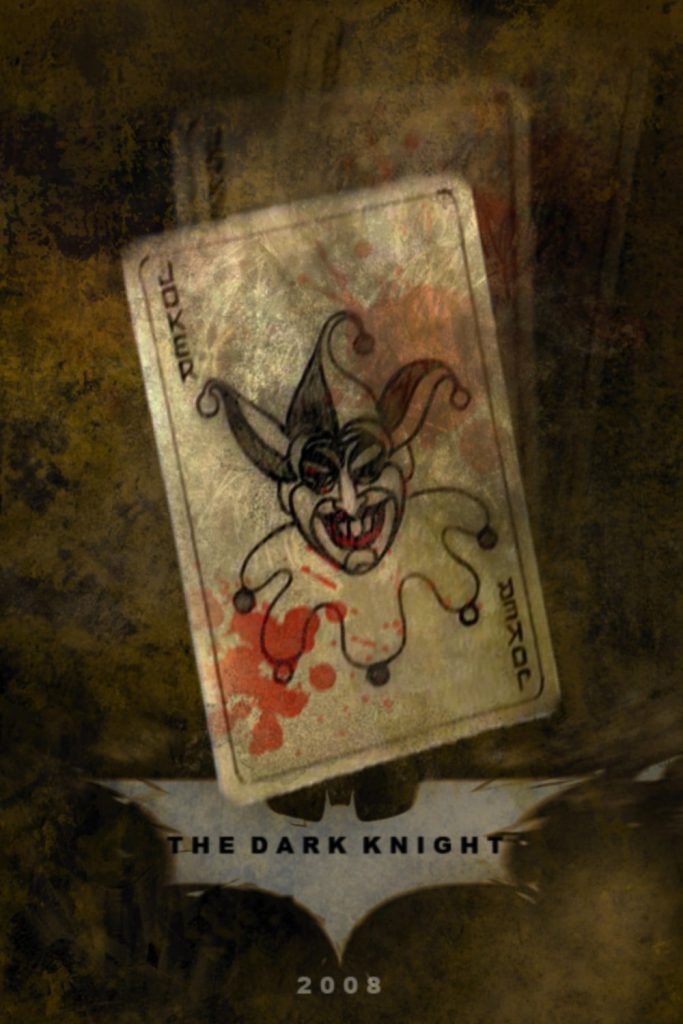 28. “Smile, Because It Confuses People” 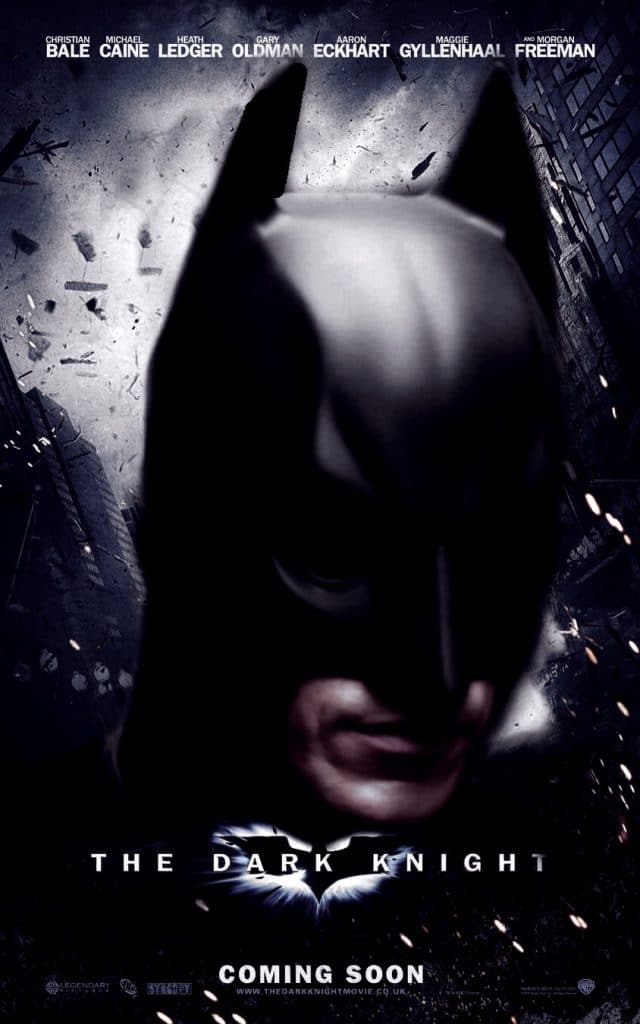 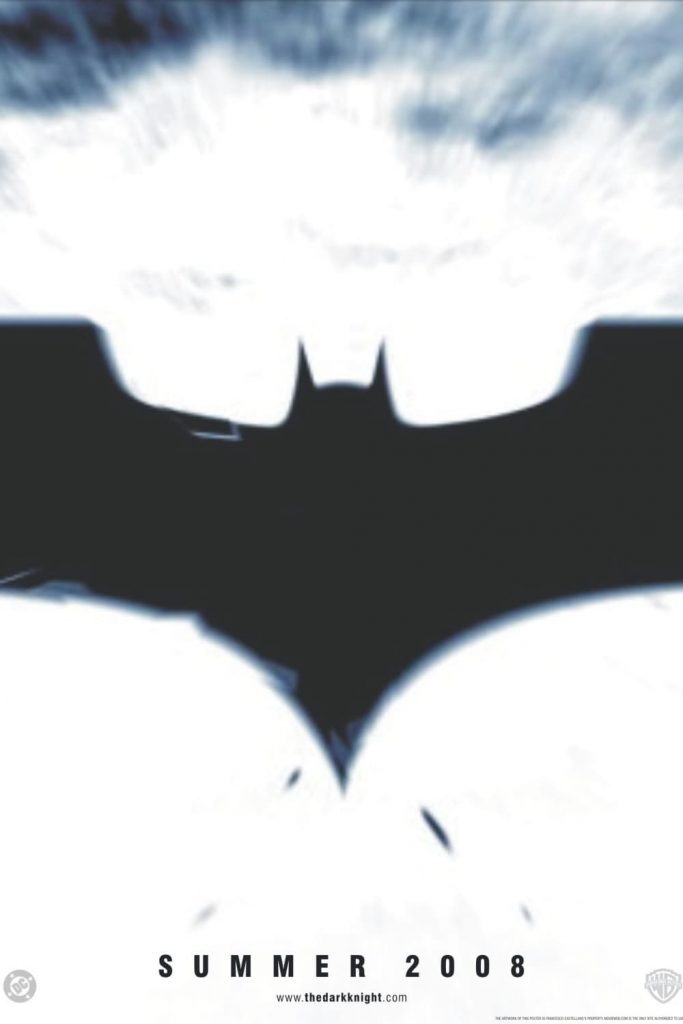 30. “We stopped checking for Monsters under our bed When we realized they are Inside us” 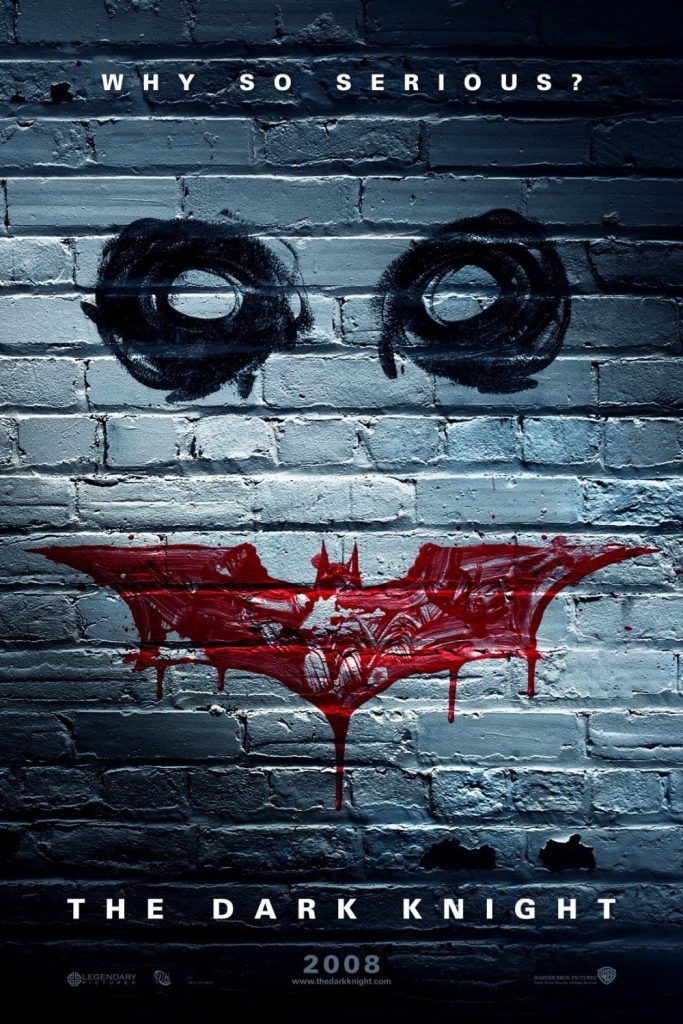 The movie was written and directed by Christopher Nolan, so you can already imagine how awesome it’s going to be. The story of the movie is amazing and created some more great characters for Batman series, though DC didn’t cope with that in future. Don’t consider it a DC movie, it’s not.

Also, don’t watch this if you want some comedy, it not Marvel’s either. It’s a serious movie, which can be seen with family. But its best to watch it alone as you will concentrate on it more and get the real meaning of the movie. You can watch as many times as you want because you will always find something new in it.

One more place where you can find new things every time is this website. You will find new and amazing posters of Tv shows and movies on this website. So bookmark this website now, and share this post with your friends and family.

Check the rating of the movie on TomatoMeter here.