Stranger Things became a huge rage when it released for the first time. The show was an overnight success. It followed with the second season two as well. Sometimes it is even considered to be better than the first one. With the news of Stranger Things Season 3, the expectation bar went up really high. Netflix released the third season of the show on July 4, 2019.  Stranger Things is an American science fiction horror web show.

The four boys from the previous seasons Will, Mike, Dustin, and Lucas are again up with a new adventure along with Eleven to fight against the Demogorgon. Things get really strange this time as the group splits up in three and are on their own journey to destroy the monstrous creature. The third season is set in 1985. The Duffer Brothers are the creator of the show.

Will’s mother Joyce and Jim Hopper, the policeman of Hawkins are in interesting roles. Also, in season three Jonathan and Nancy are working at Hawkins Post, in a newspaper agency.

Within a week of its release, it has more than 40 million viewership. The response is definitely overwhelming. Audience and critics have both given positive reviews about the show. Two new characters in the role of Robin and Erica are the show’s newest discovery and they gave outstanding performances. 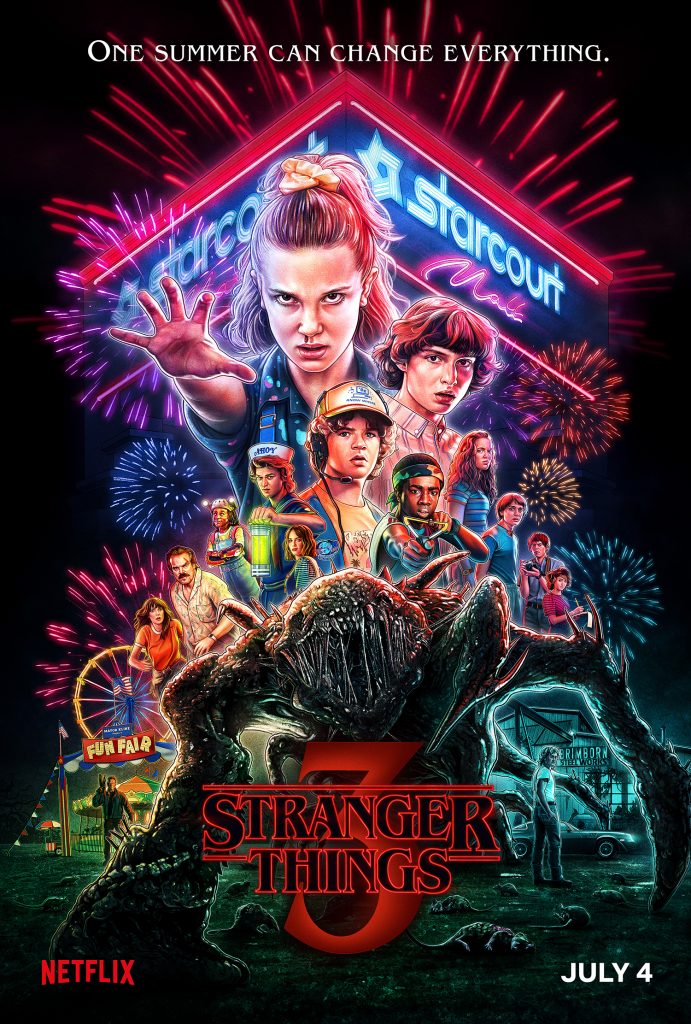 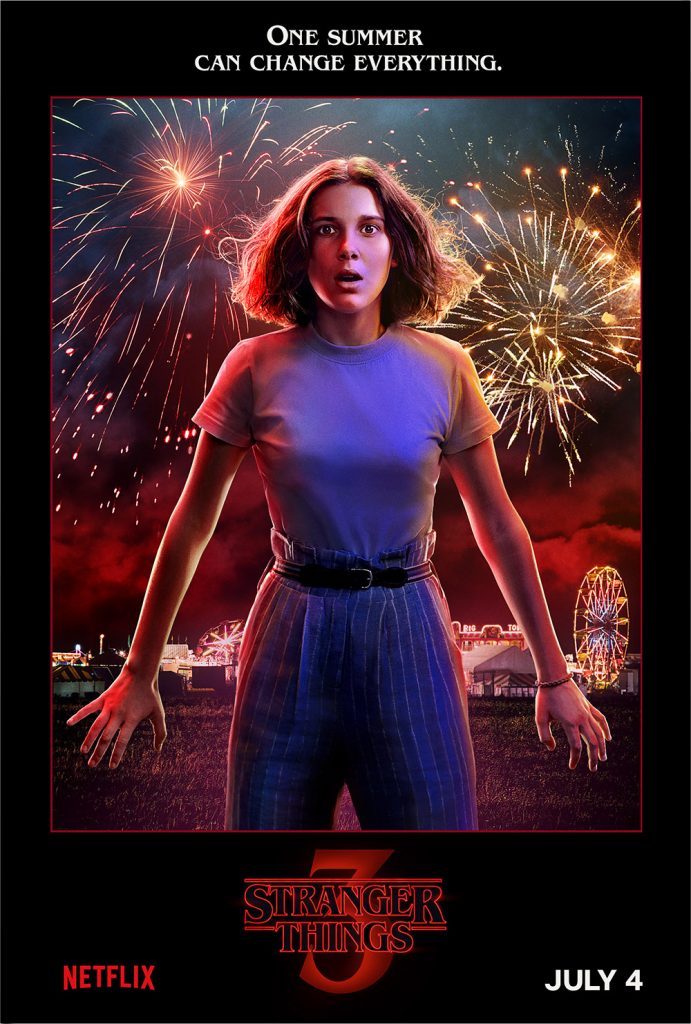 In this season as well Eleven exhibits her extraordinary supernatural powers to do away with the dangerous creature. She develops romantic feelings for Mike. Eleven and Max also become very good friends. However, while fighting with the creature for a long time her power weakens. 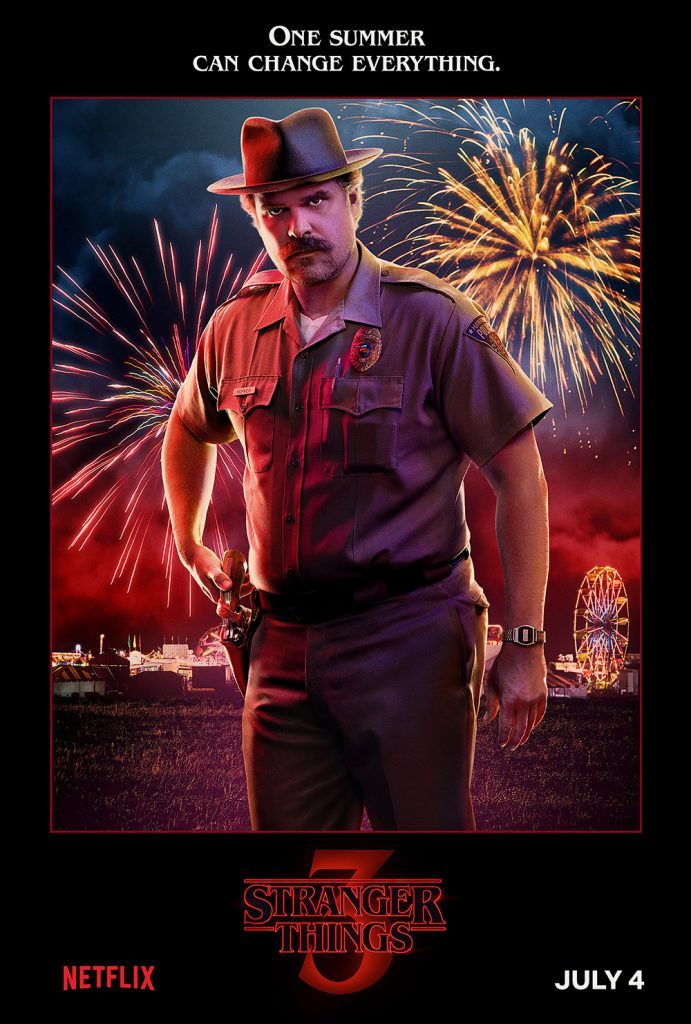 Jim Hopper adopts Eleven as his daughter in season 3. He also develops quite strong feelings for Joyce. However, he disapproves of the growing friendship between Mike and El. Jim tries his best to stop the Russians from spreading the monster all over Hawkings. He meets with an unfortunate death at the end of the season. 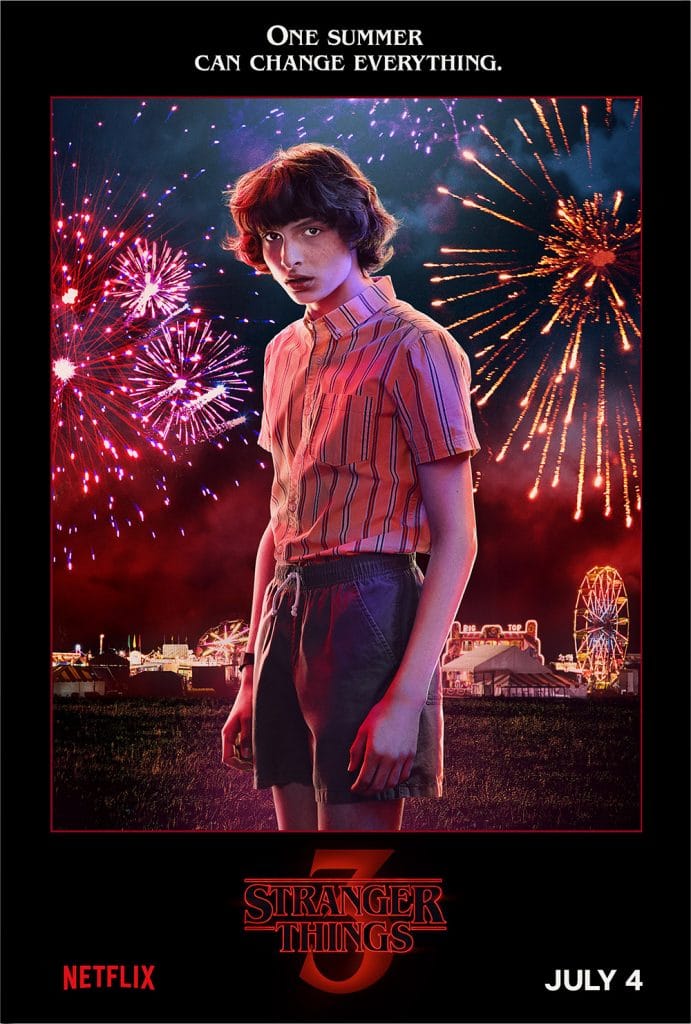 Mike is one of the prominent characters. He admits that he loves Eleven and he does not want to share Eleven with anybody, not even Max. But he realizes his mistake later. Nonetheless, he is a very caring and protective boyfriend. 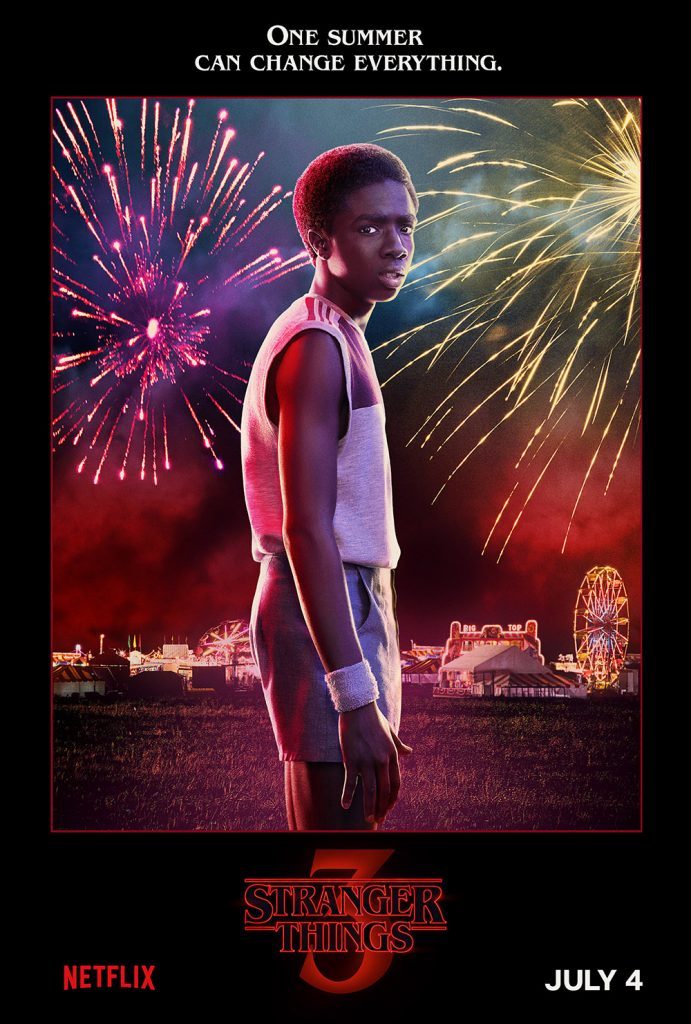 Lucas is one of the friends in the group. He is the brother of Erica and is in a relationship with Max. To fight against the creature he steals fireworks from a shop. 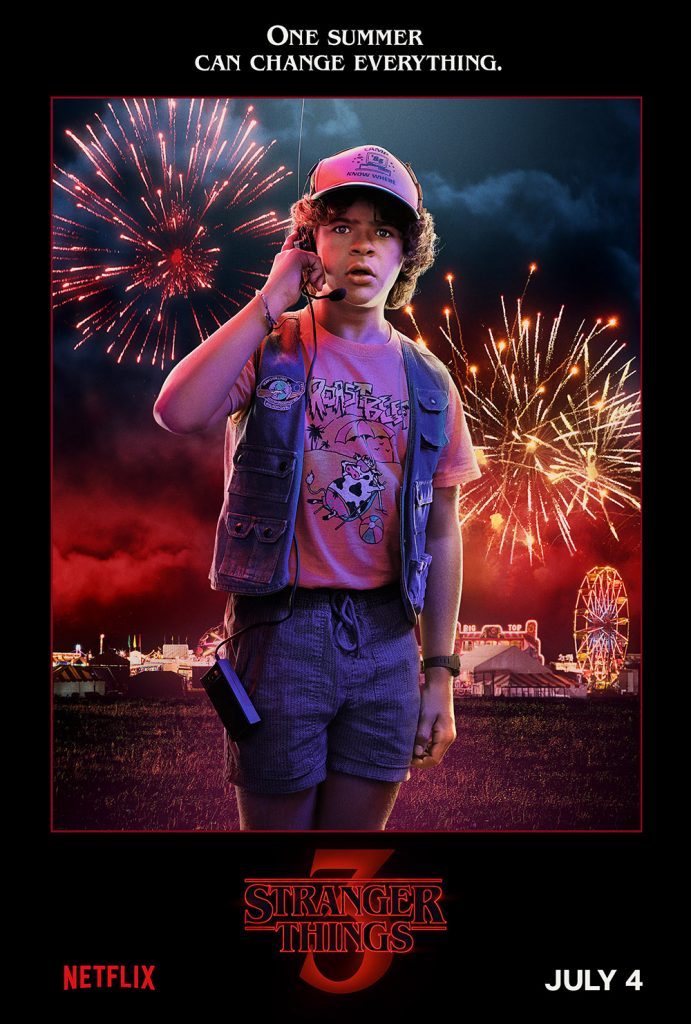 Yes, Dustin has a nickname and guess what is it? it is Dusty Bun and her girlfriend Suzie calls him by this name. He has created a machine to connect to her girlfriend and with that, he got a secret message from the Russians. After that, with the help of Steve and Robin, Dustin cracks up the code and eventually reaches the secret base of the Russians. 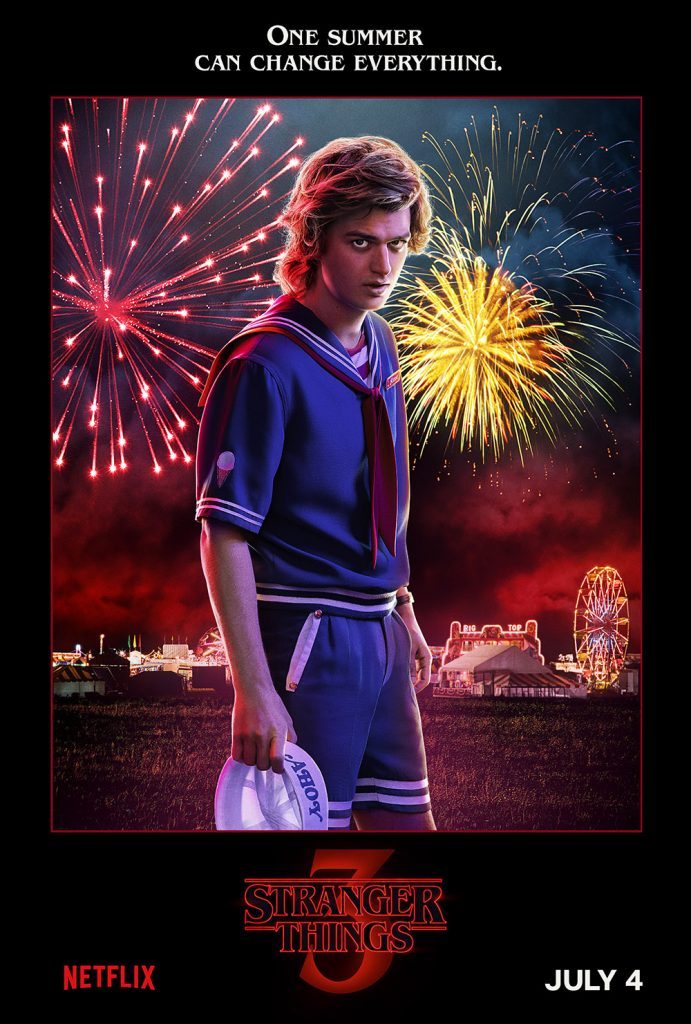 Steve works in an ice cream shop with Robin. He helps Dustin in his mission to reach the Russians. There is an amazing character development in Steve. He also admits to Robin that he was really in love with Nancy. 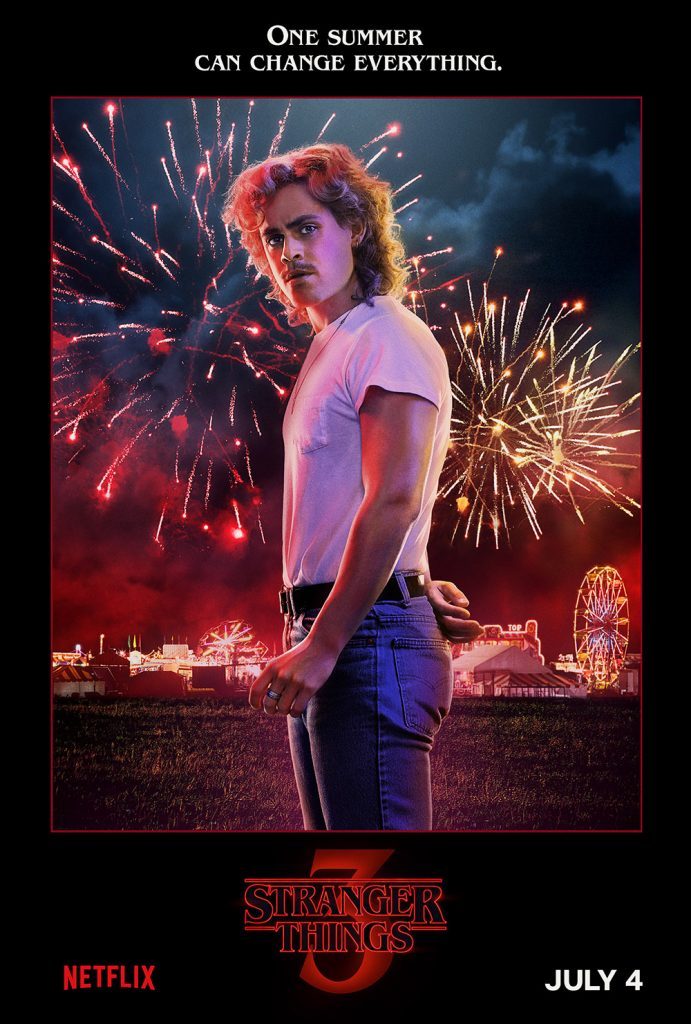 Billy who was seen as the bad-tempered brother of Max becomes the victim of the Mind Flayer. The Mind Flayer captures Billy at first and through him, he reaches to other people. However, in the final episode, he dies. A little bit about Billy’s past is also explored in this season. 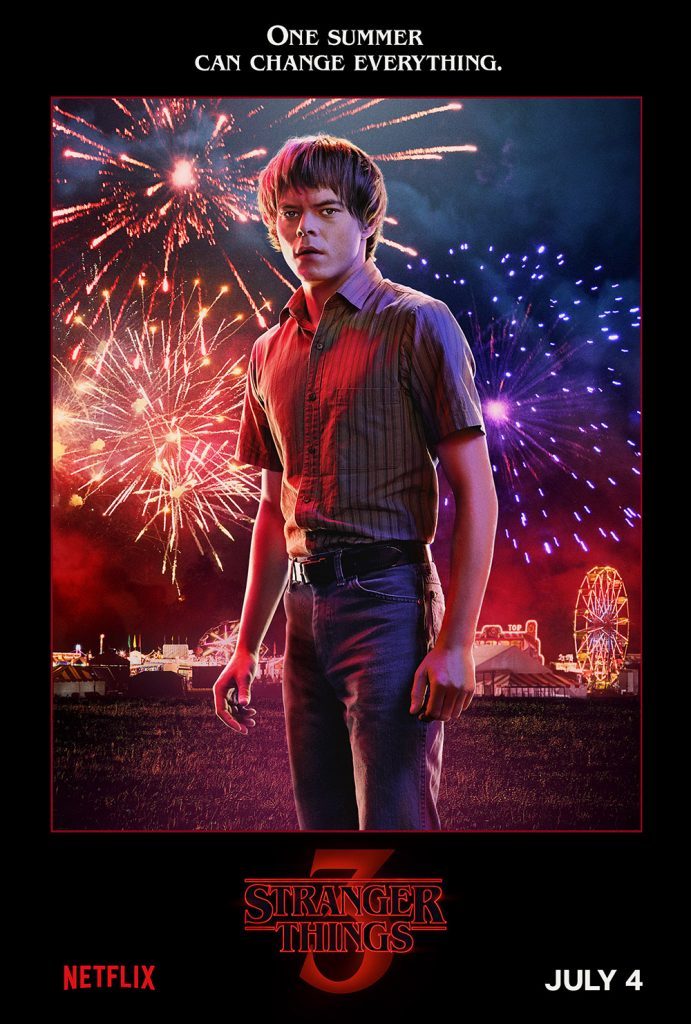 Jonathan works as a photographer at Hawkins Post. When Nancy tells him about some suspicious things in the town, he helps Nancy to investigate the matter into deep. 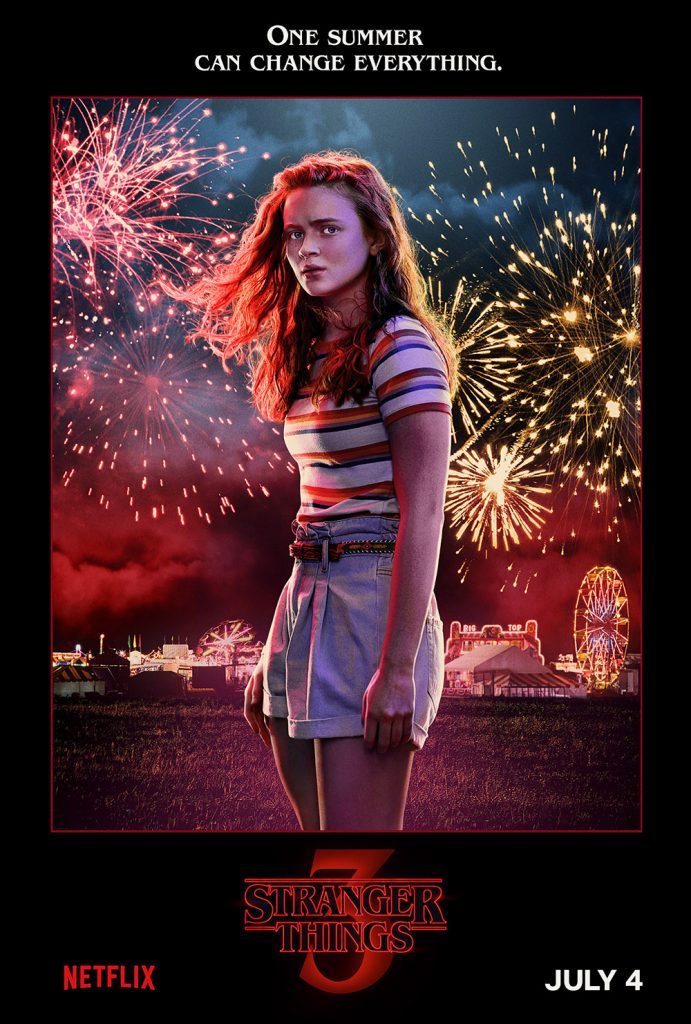 Max gives Eleven a totally new makeover and also teaches her how to deal with boys. 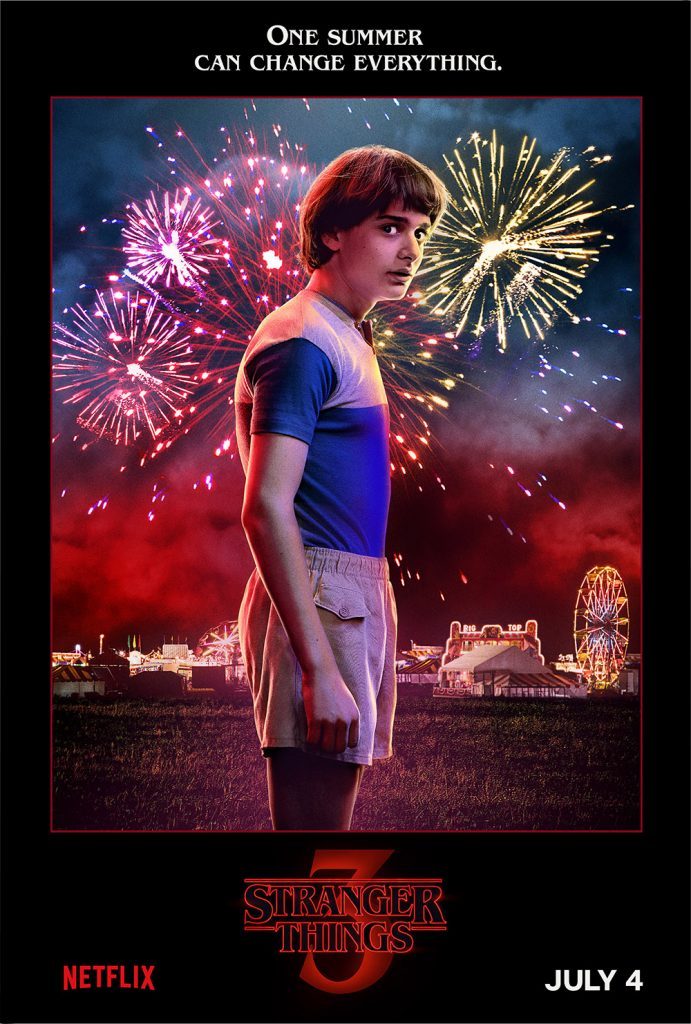 It is Will who can feel the presence of the Mind Flayer. He helps all his friends. 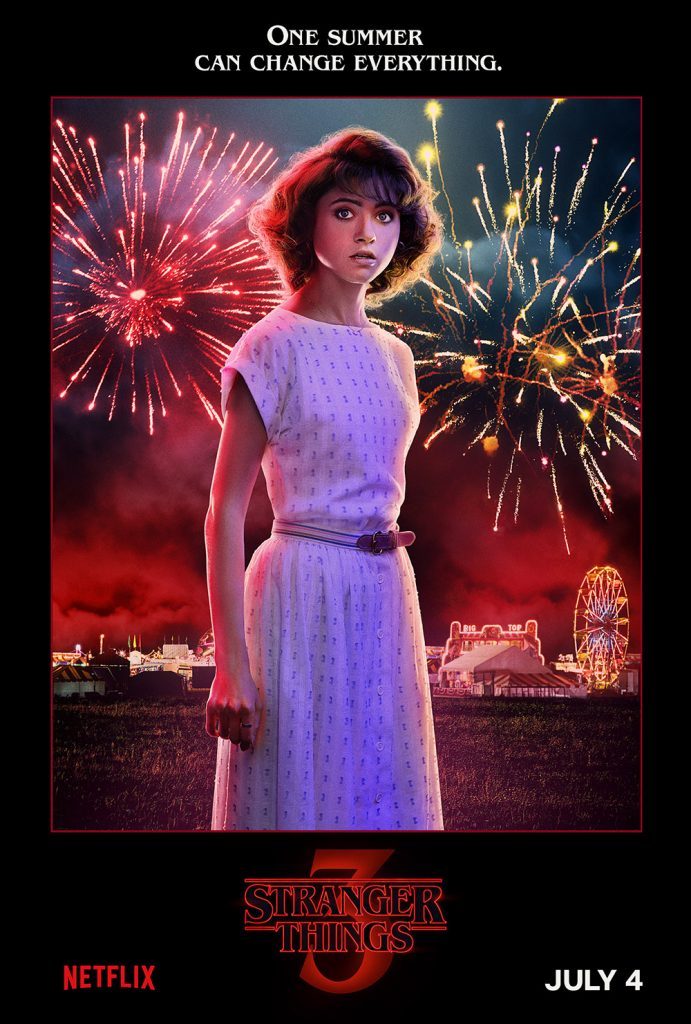 Despite everyone’s objection, Nancy sticks to her decision to find out the real reason behind all the suspicious things happening things in the town. 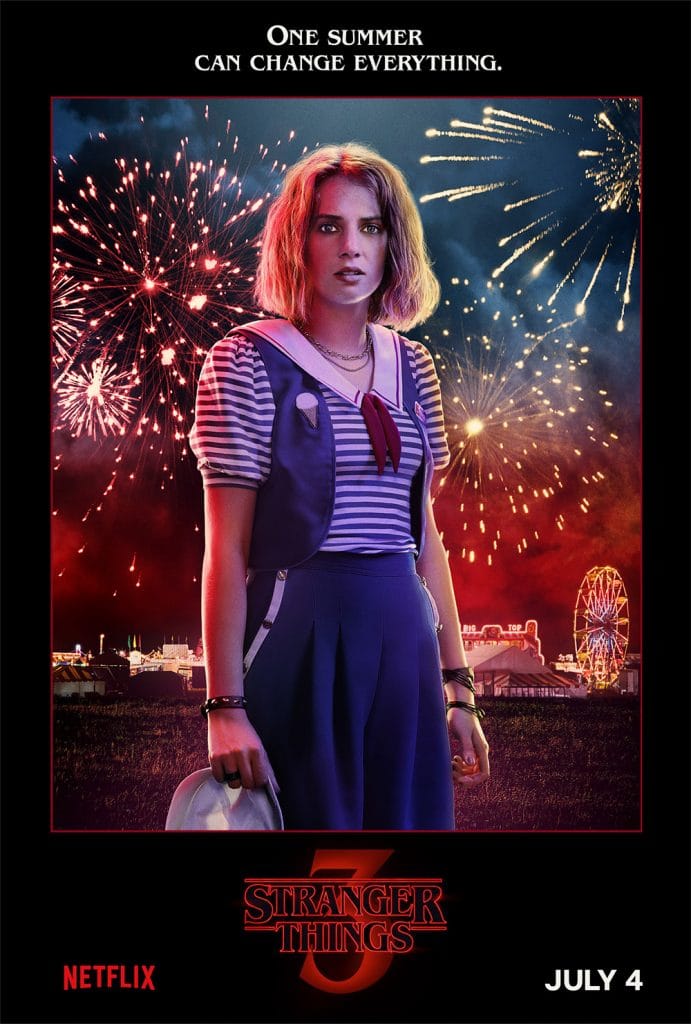 Robin is a character in the show. She is very intelligent and within one day she cracks up the Russian code thereby helping Dustin and Steve. 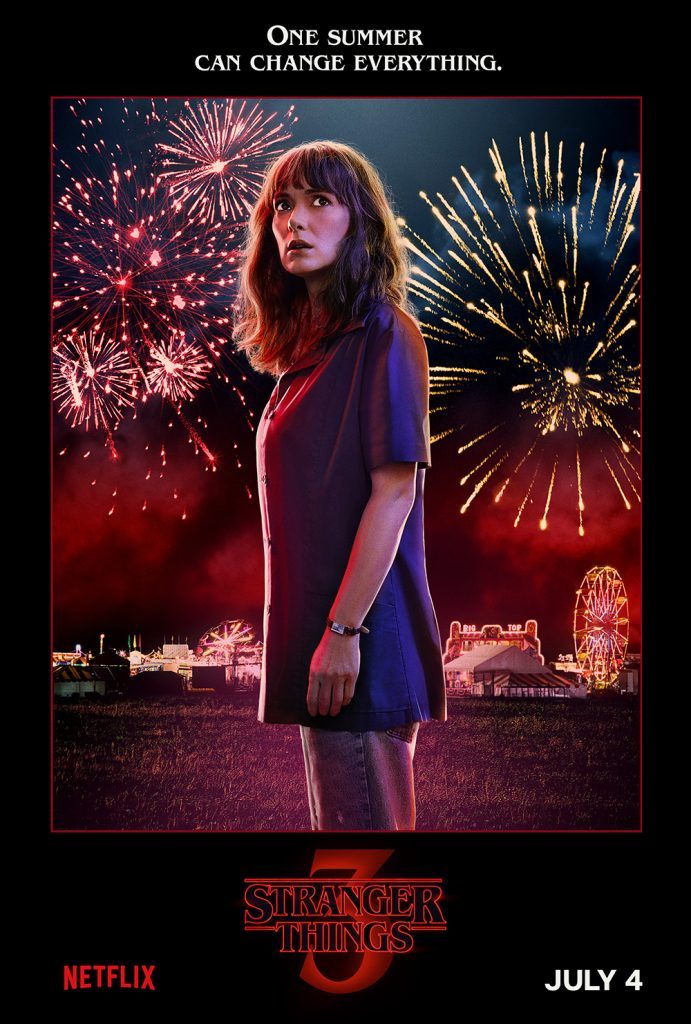 Joyce first notices that the Demogorgon might be back when she sees the magnets are falling off her fridge. She takes the help of Jim to find out the reason. 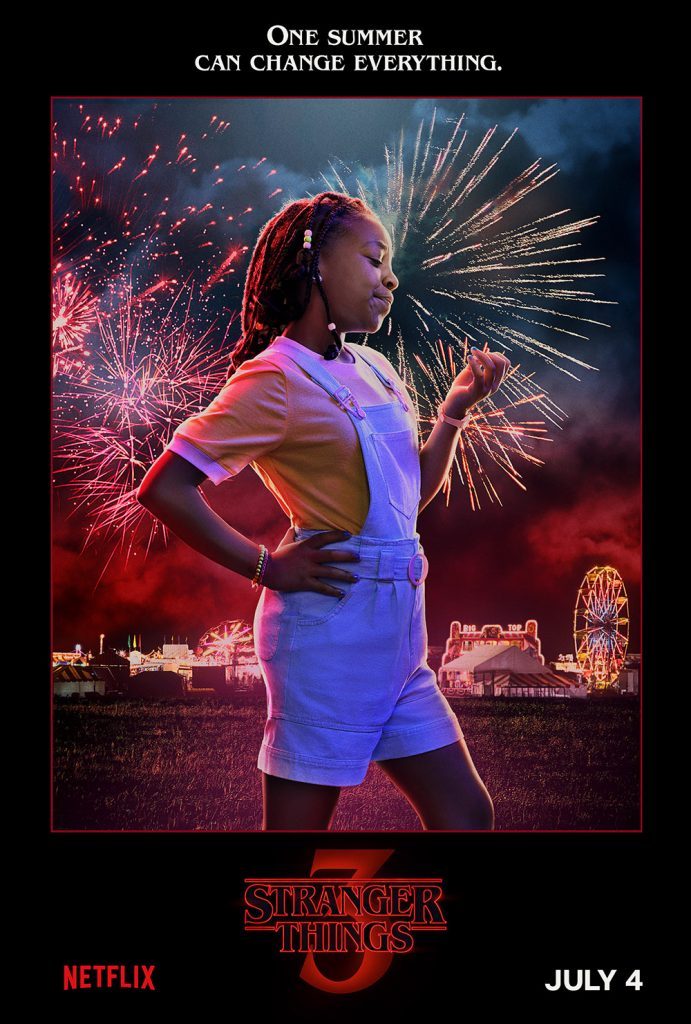 Erica is the sister of Lucas. She agrees to help Dustin, Steve, and Robin on one condition that she will get free ice cream for life. And also, can you really spell America without Erica? No, you can’t. 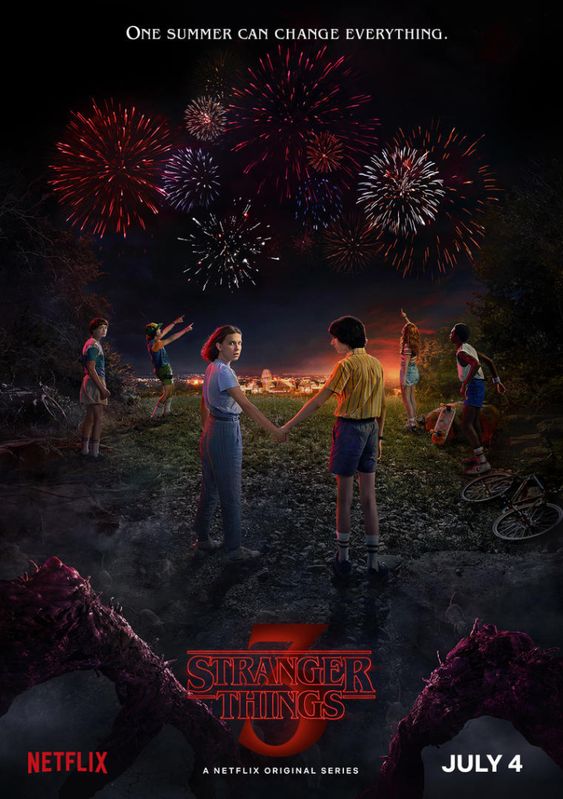 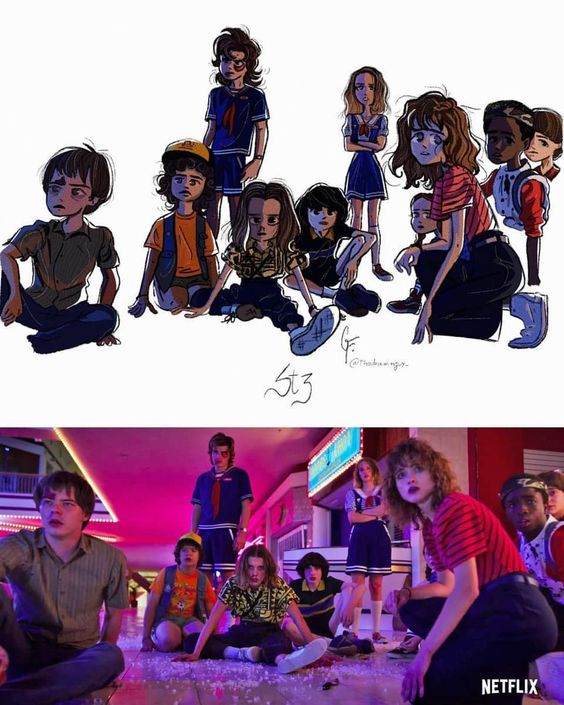 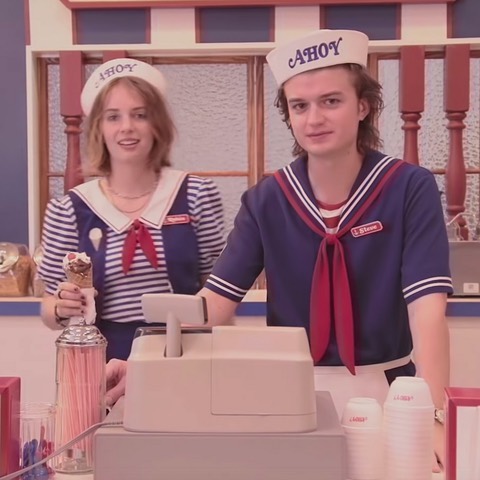 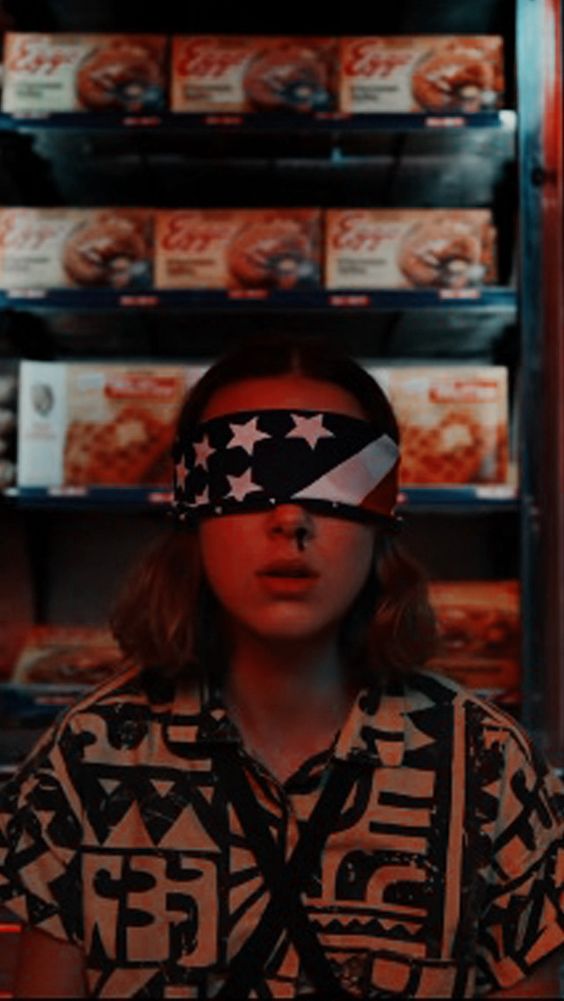 United They Fight and Win 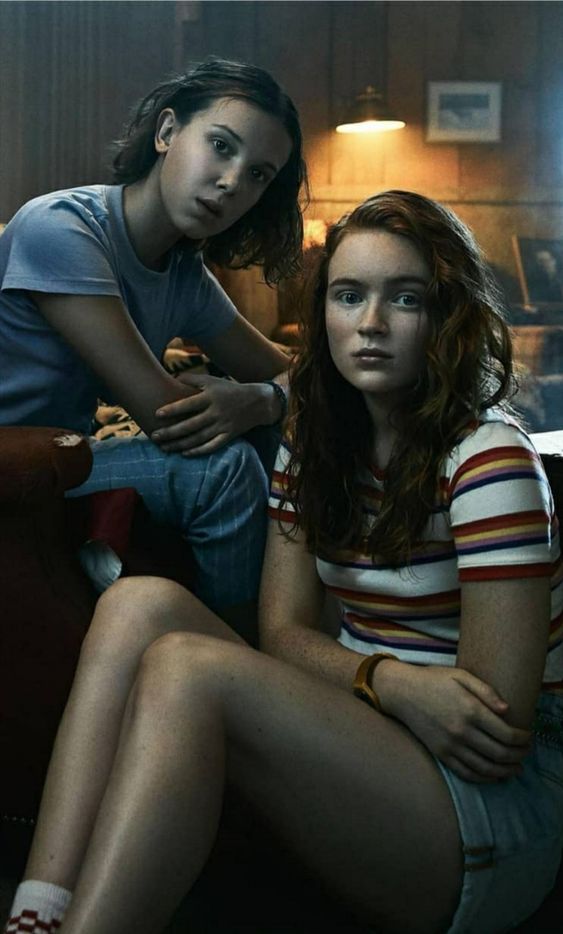 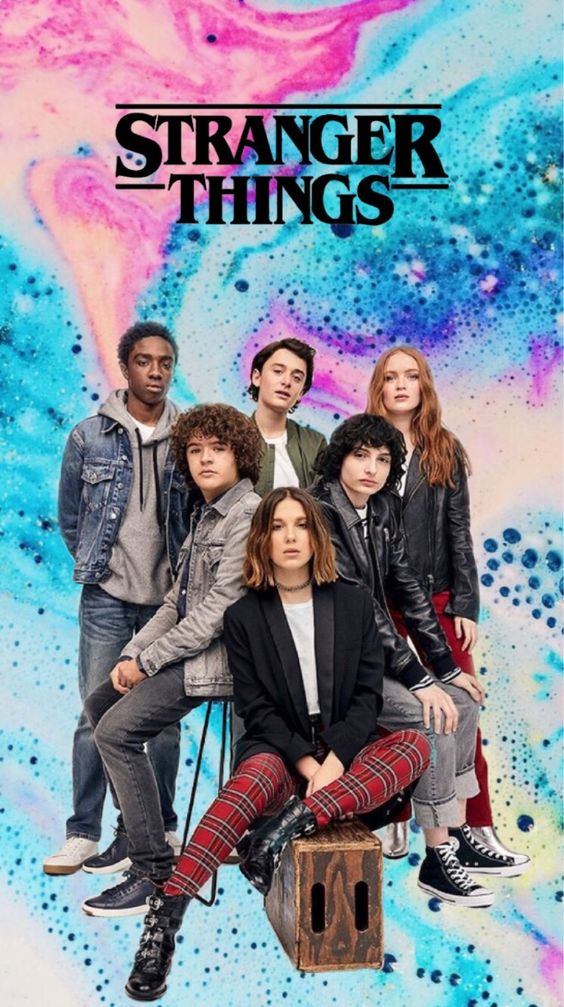 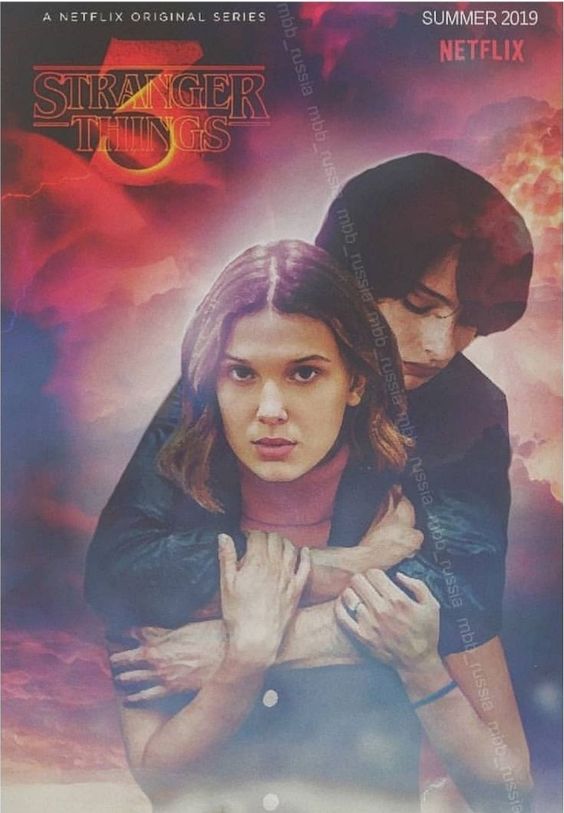 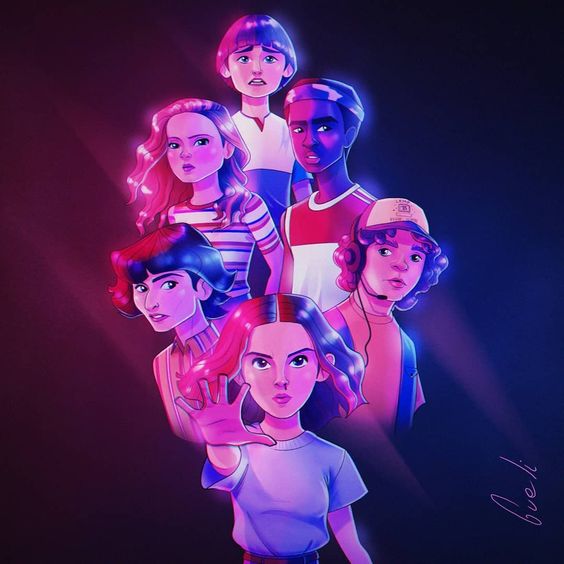 23. Where All The Drama Happens 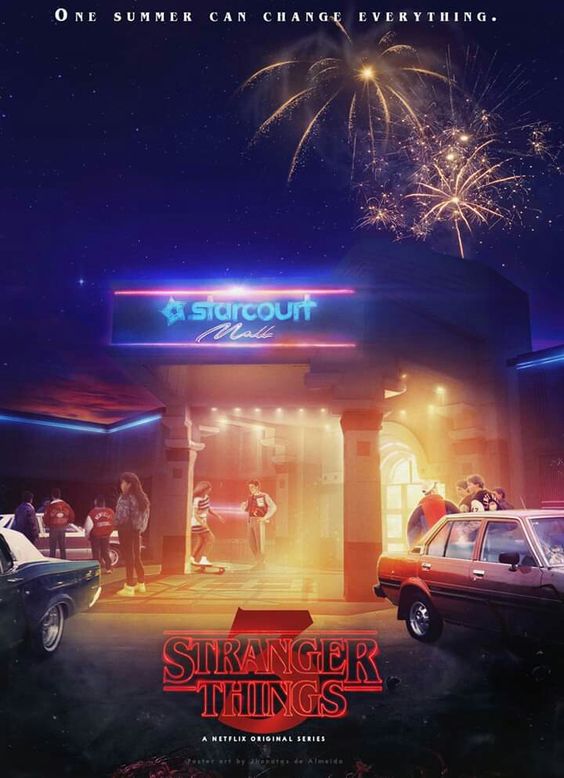 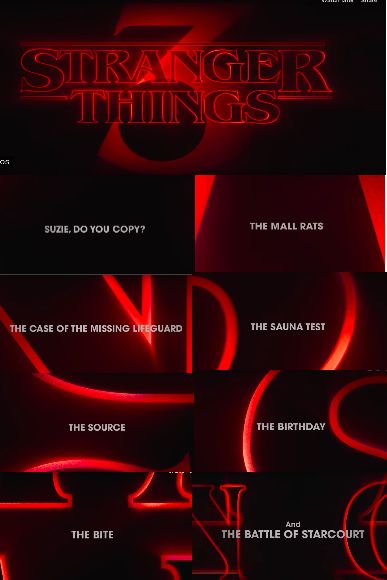 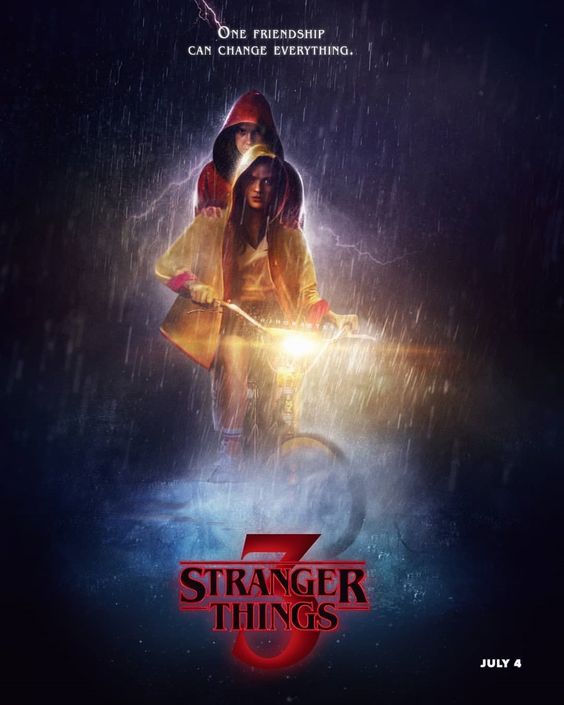 Stranger Things season 3 has a total of eight episodes. All the episodes are very gripping and keep the audience hooked to the screen. The group of teenagers with their extraordinary intelligence and courage eventually fights against the enormous Mind Flayer.

The last episode is quite an emotional one as Joyce leaves the town of Hawkins with her sons Will and Jonathan and she also takes away with her Eleven, as Hopper is now dead. Mike and Eleven got separated but they promise to each other to meet on Thanksgiving and Christmas.

Check out the fantastic collection of Stranger Things Season 3 posters. Those who have not watched the show yet go and binge-watch and download these awesome posters of the show.