Making a movie based on a video game is nothing new. The audience had their fair share of movies revolving around their favorite video games like the famous Angry Birds movie. There is good news for all Sonic fans.  Sonic the Hedgehog is an upcoming movie which is an adventure comedy. It is based on the Sega video game franchise of the same name. Sega is a Japanese multinational video developer. Jeff Fowler who is the director of the film is making his directorial debut with his film.

Sonic, the protagonist is an anthropomorphic blue hedgehog with a supersonic speed that exceeds the speed of sound. In the game, Sonic tries to stop his enemy Doctor Eggman who is planning to dominate the world. Sonic’s friends are helping him in his quest. But in the film, a small-town sheriff assists Sonic as he tries to flee from the government. The shooting of the film took place in Vancouver.

The movie was initially scheduled to release in November 2019. But, it did not receive a positive fan reaction after the release of the first trailer. So, the makers, Paramount Pictures decided to redesign the film and decided a new release date for the movie which is February 14, 2020. 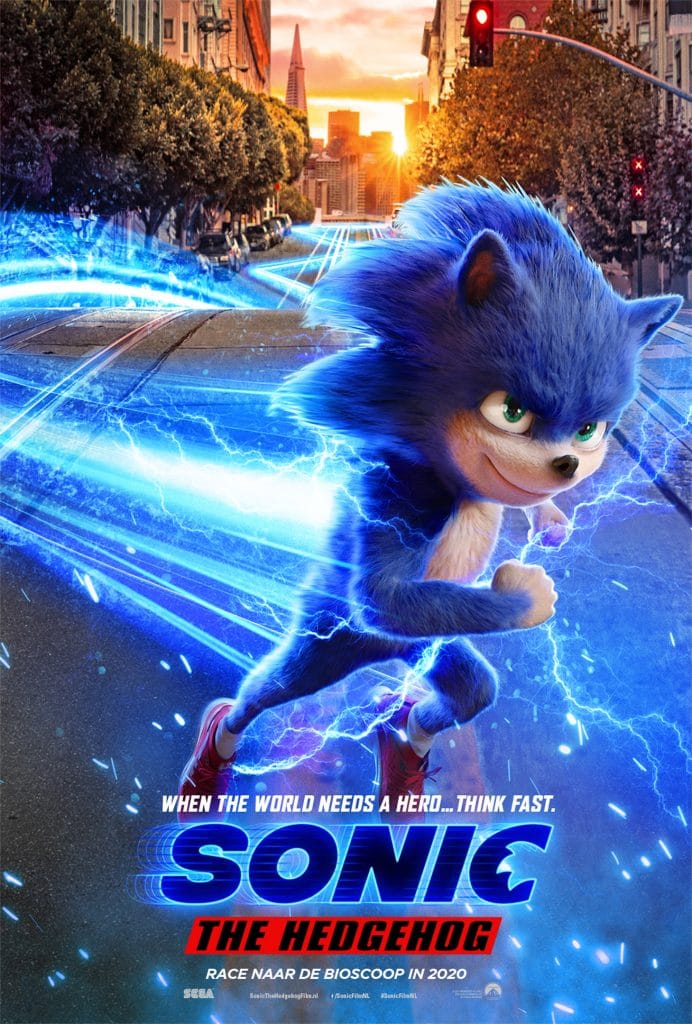 Do you love to play video games and Sonic is one of your favorites? Then, join the crazy adventure of Sonic the Hedgehog with some amazing posters from the movie. You are going to love this Sonic the Hedgehog poster collection. Scroll on to check out the fascinating collection of posters. 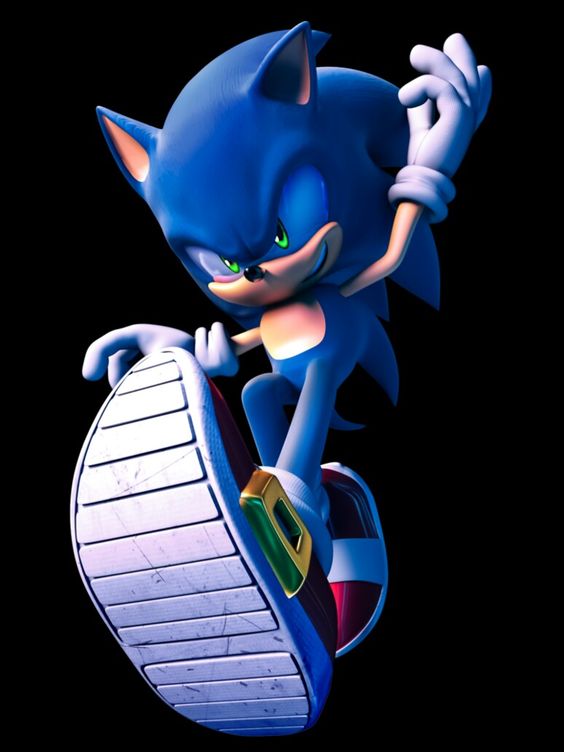 Sonic is the blue hedgehog who poses some supernatural power like having immense speed. He is a character who is like the wind. Sonic lives his life just as he wishes to, on his own terms. His life is a series of series and events. Sonic hates oppression and is always seeking freedom.

He has a short temper despite having an easy-going nature. With slow things, he becomes impatient. But he is the best hedgehog who is honest and loyal to his friends and keeps his promises. 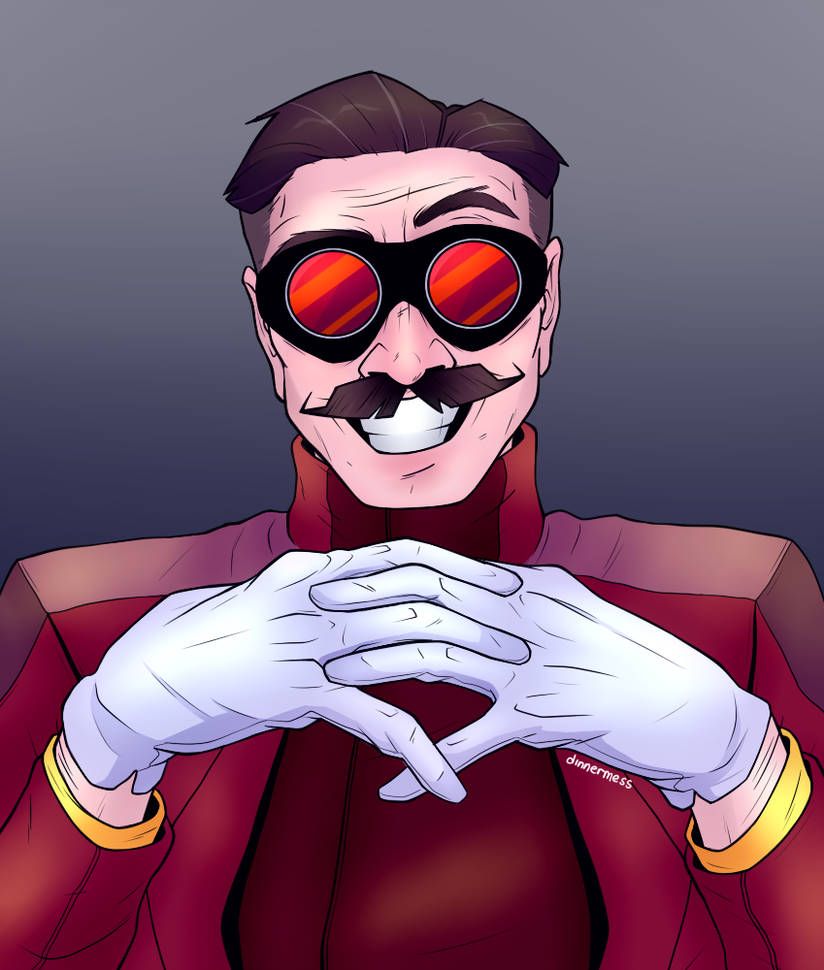 Dr. Ivo Robotnik is a scientist who is plotting world domination and he is the archenemy of Sonic. He is also known as Eggman. Eggman is a bonafide genius having an IQ of 300.

He has immense love for machines which turned him the authority of robotics. His goal is to conquer the world eventually. He is selfish and does not care for others’ opinions at all. 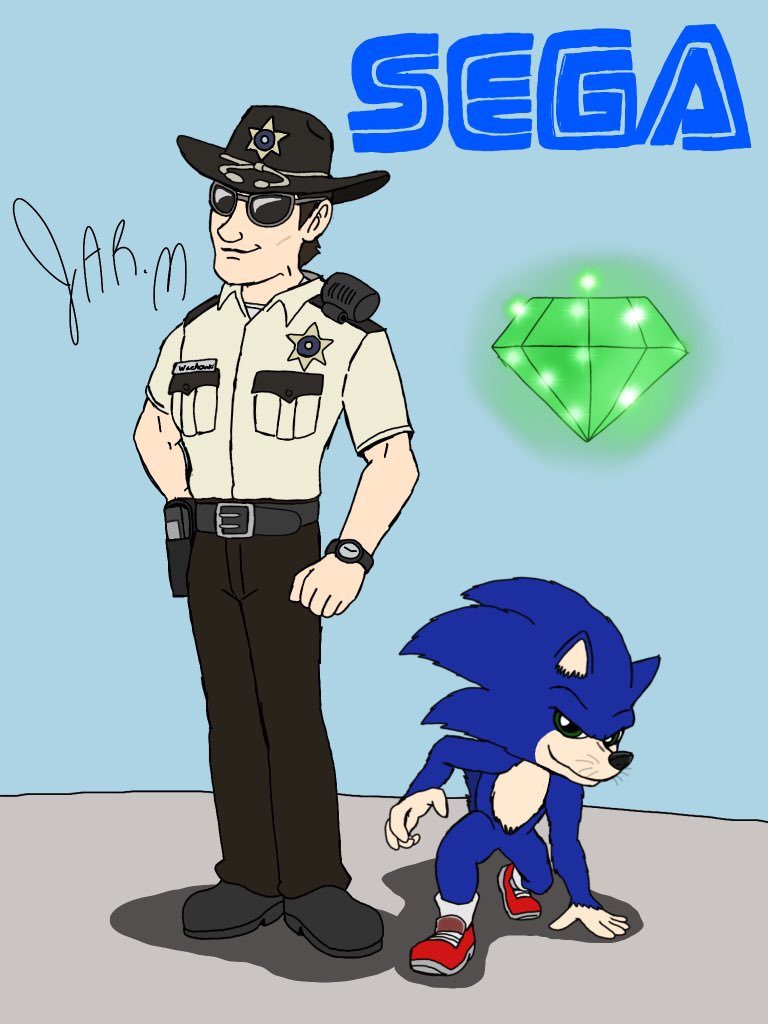 Tom was a former SFPD officer. He is the newly turned Sherrif on Green Hills. Sonic and he becomes good friends. He helps him to stop Dr. Robotnik and joins the adventure of Sonic.

The popularity of the game Sonic is unbeatable. This huge number of fans following the game led to the making of the movie. The makers of the movie paid special attention to the audience’s point of view. So, when fans disliked the first trailer of the movie, they immediately went to redesign it to satisfy the audience. 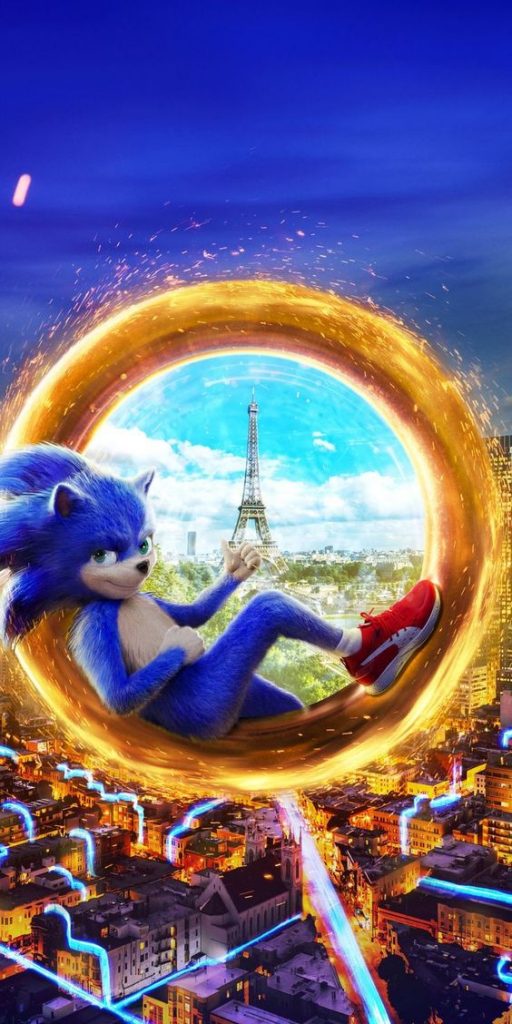 Sonic is very serious in times of crisis. He focuses immensely on the challenges that are in front of him. Sonic is the world’s fastest hedgehog and his greatest advantage is his super speed. 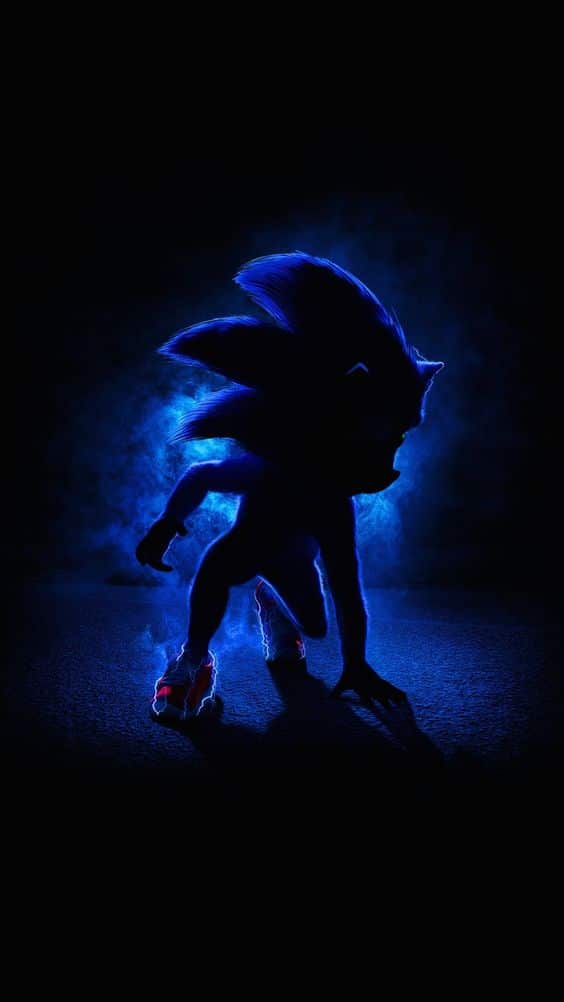 From the very first introduction of him in Sonic the Hedgehog in 1991, his primary offensive maneuver is the basic spin attack which is popularly known as Sonic Spin Attack. In the later games, two more advancements were added to this basic spin attack. The two spins are Spin Dash and Homing Attack.

7. I Can Spin Your World 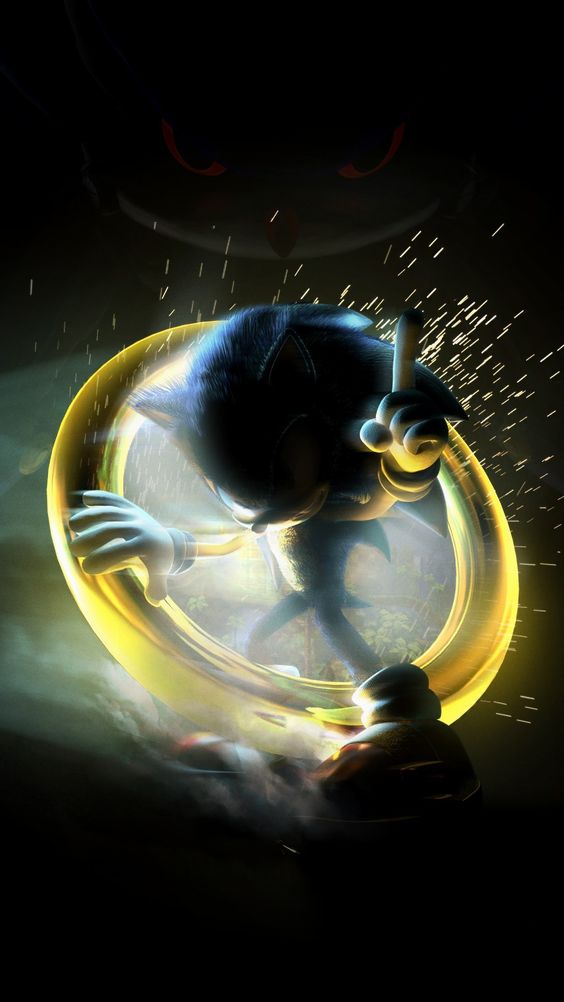 In the Spin Dash, Sonic can spin on the spot before blasting off at full speed. Homing Attack involves Sonic dasing towards the target in midair. But the one and only weakness of this blue hedgehog Sonic is that he can not swim. If he is ever into the water, he will drown like a rock. 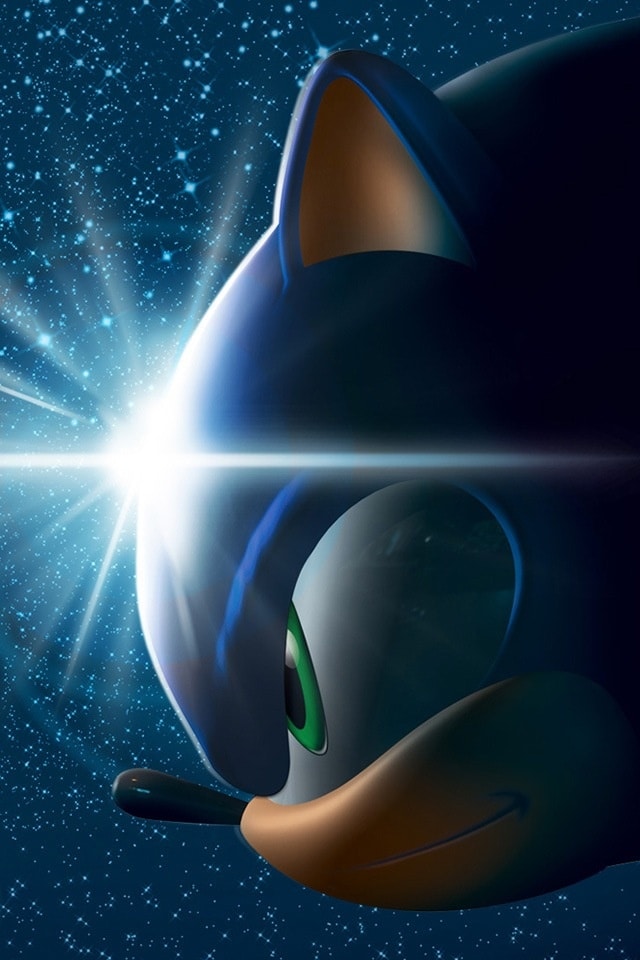 Sonic is the mascot of Sega and he is the most famous mascot in the whole world. He also became the first video game character to have a balloon on Macy’s Thanksgiving Day Parade. 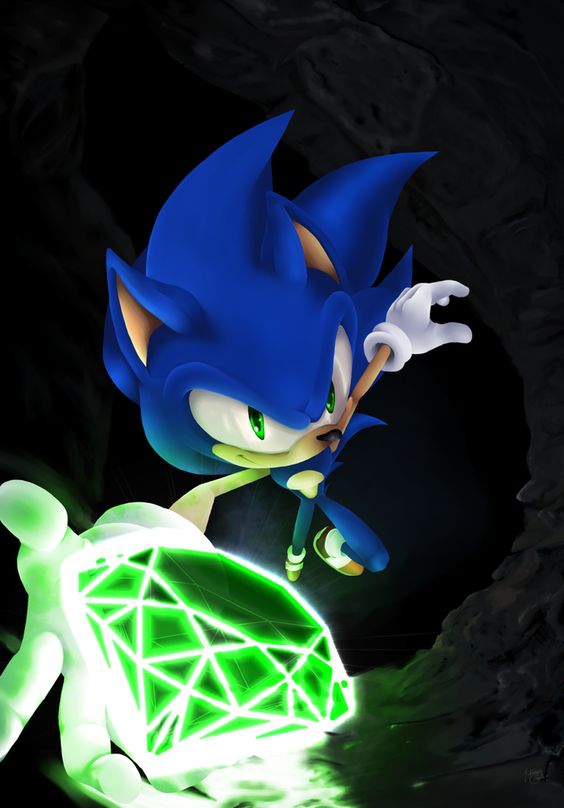 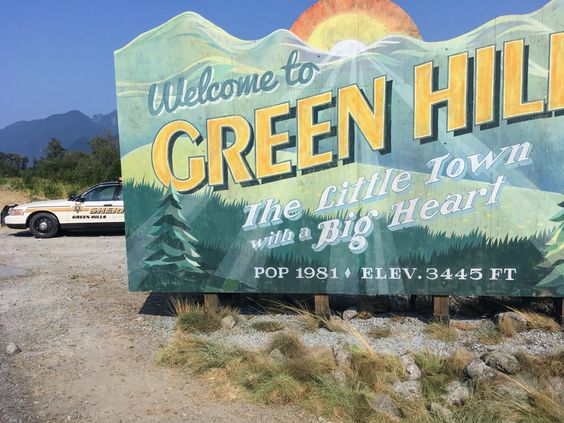 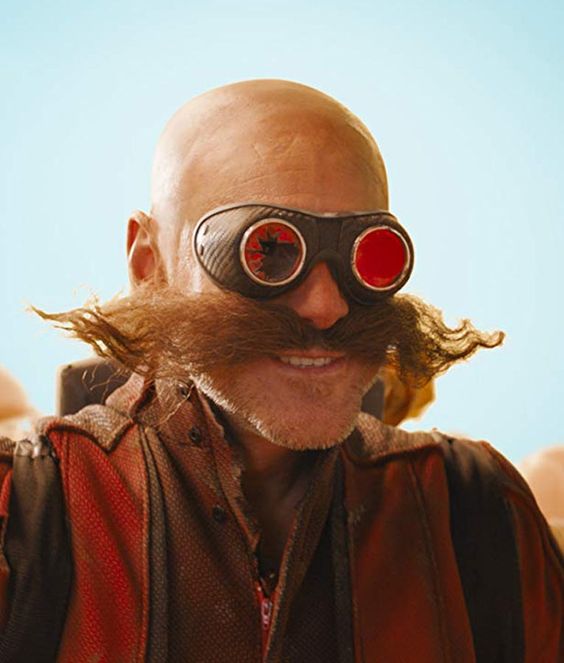 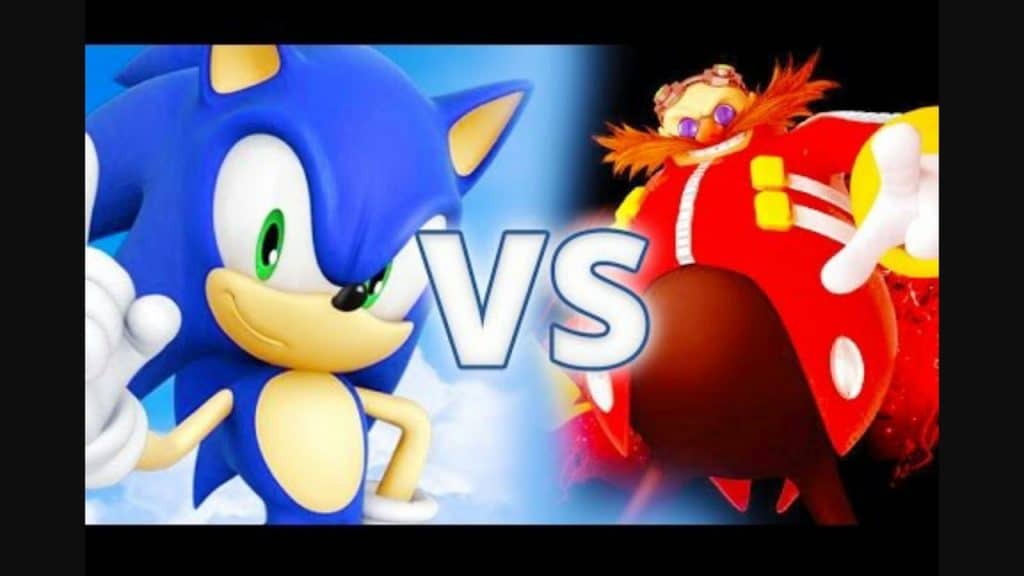 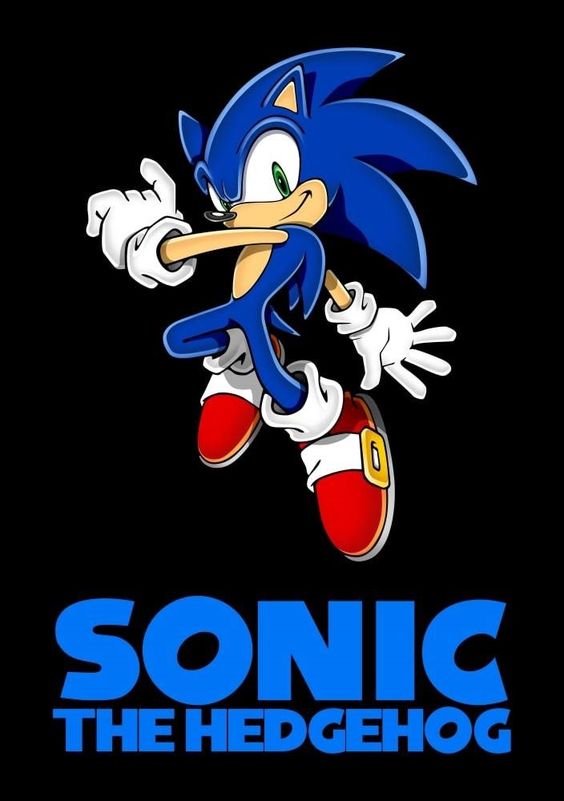 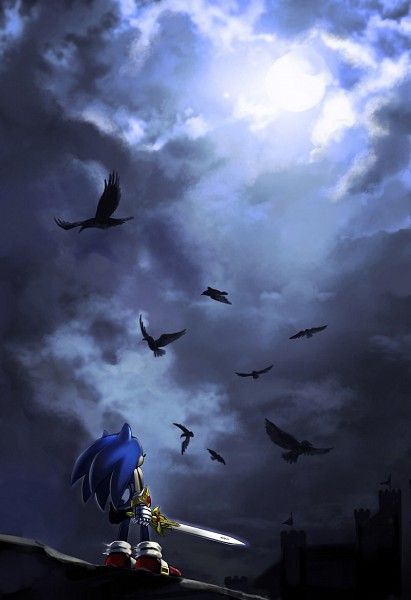 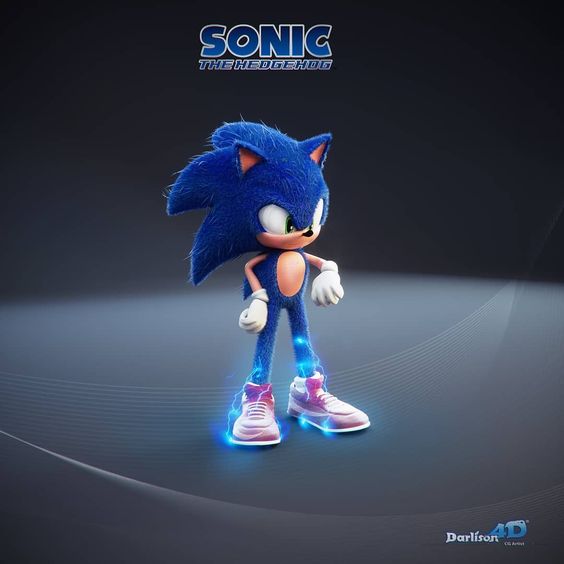 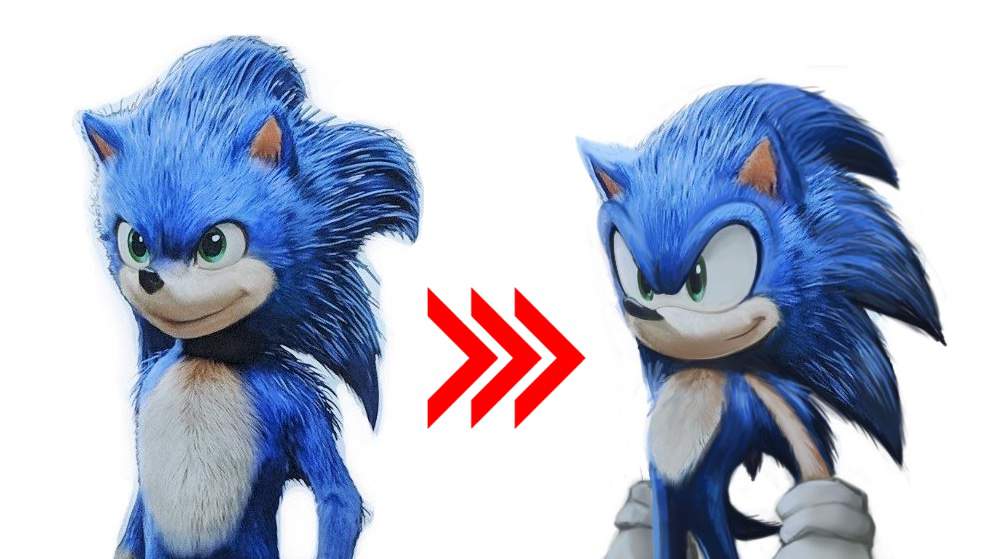 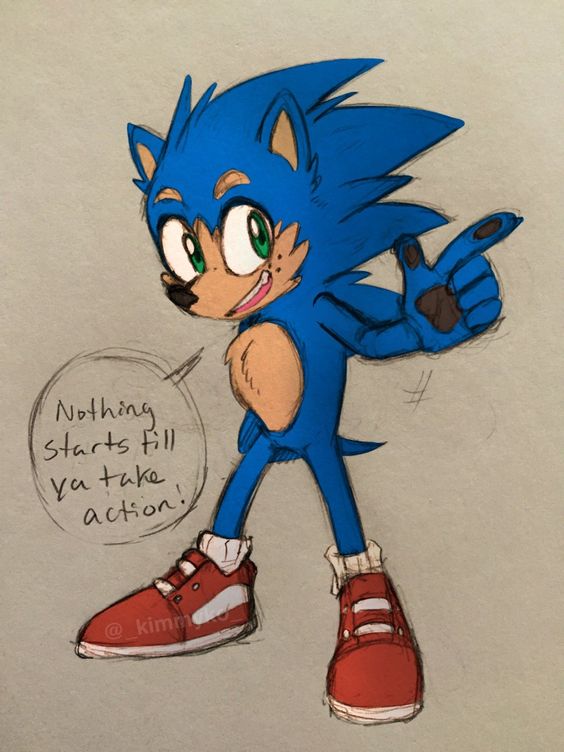 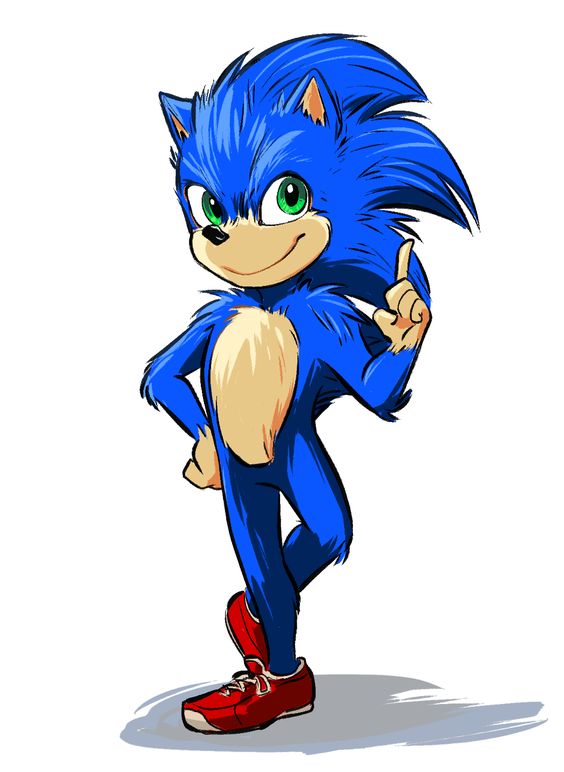 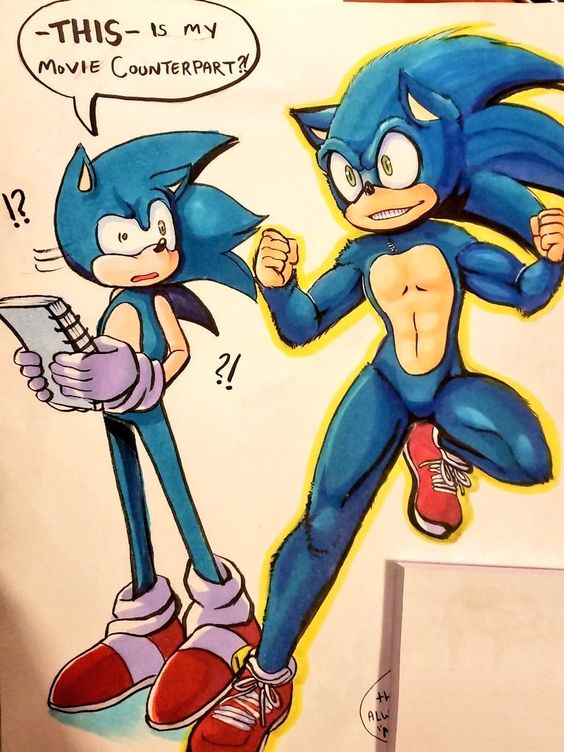 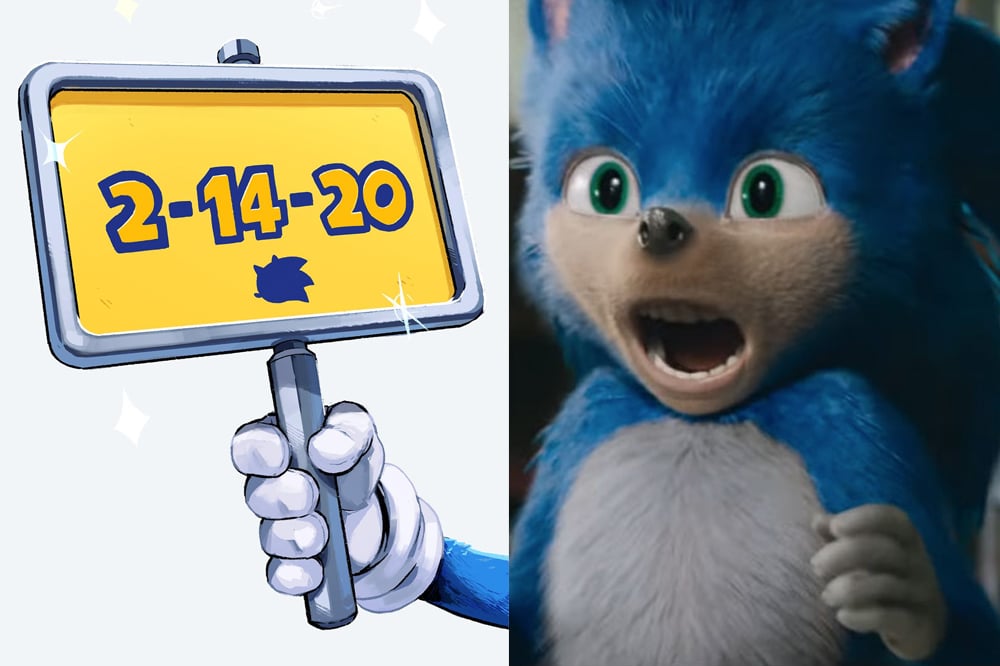 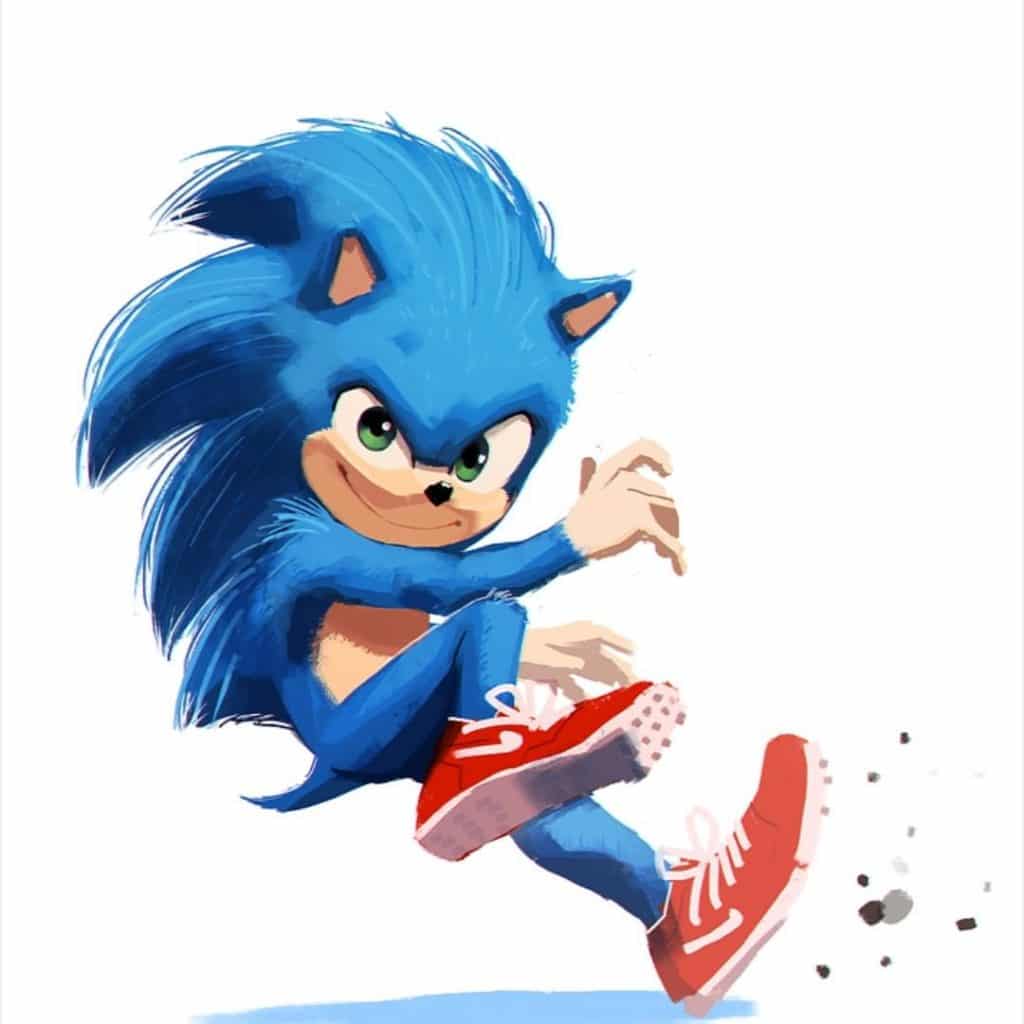 Sonic’s main purpose is to defeat the selfish Dr. Robotnik and save the world from him. For the movie, the design team initially wanted to make Sonic more realistic. They added fur, running shoes and two separate eyes. A more human-like physique was attached. But, Sega was not entirely happy with the new design of Sonic’s eyes either.

The audience who can make or break a film and on whom a film’s success totally depends criticized the look of Sonic heavily. They described his more humanoid appearance as uncanny. Clearly, even the viewers were not happy with it. Owing to the backlash of the audience, Fowler, the director of the movie, decided to push the release date of the movie for three months. The new date is now 14.02.2020.

I hope you enjoyed the amazing collection of posters from Sonic the Hedgehog. Check out these awesome posters while waiting for your favorite video game icon to hit the theatres. Make sure to download them and print them to hang around your room.

Check out other poster collection: