Sherlock is a crime drama television series. The series has released 4 seasons and a special episode till date. This series is based on the detective Sherlock Holmes stories. Sherlock is one of the most popular shows and has achieved high user ratings. So, here we are with Sherlock Poster collection for the fans. 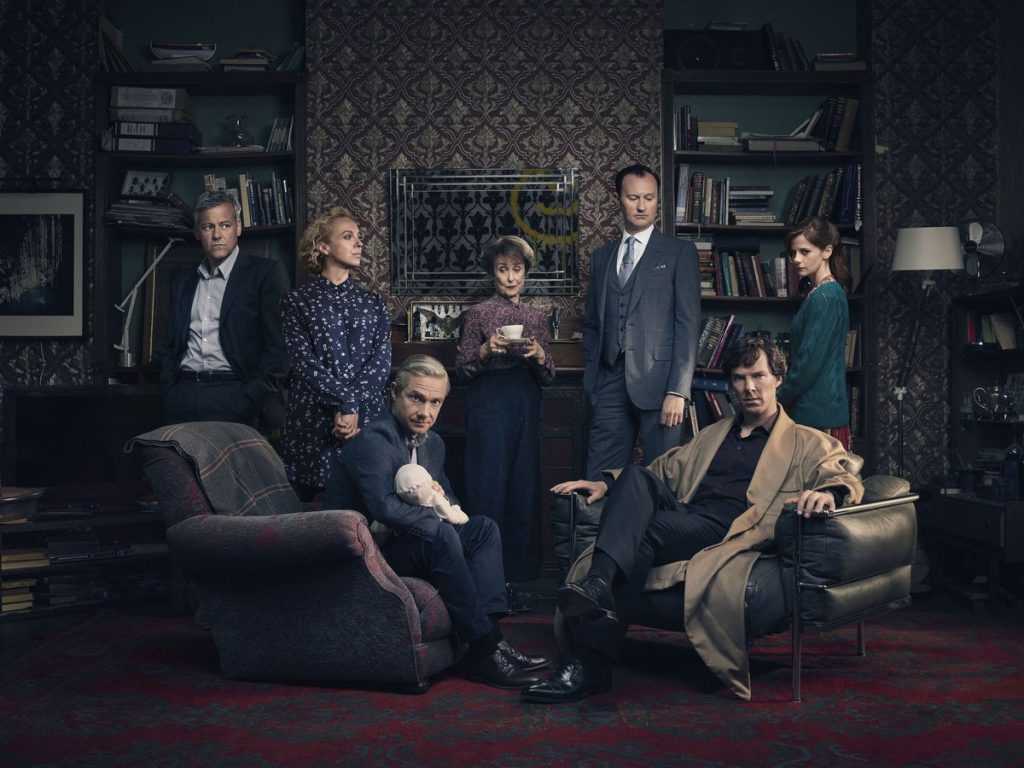 The main cast of Sherlock are:

Sherlock Holmes is a consulting detective. He is assisted by Dr. Watson, a former army doctor who has returned from Afghanistan. Sherlock and Watson live at 221 Baker Street in a house owned by Mrs. Hudson. Sherlock has a brother Mycroft (played by one of the creators of the show – Mark Gattis). Each season on Sherlock has 3 episodes each filled with amazing mystery and story. 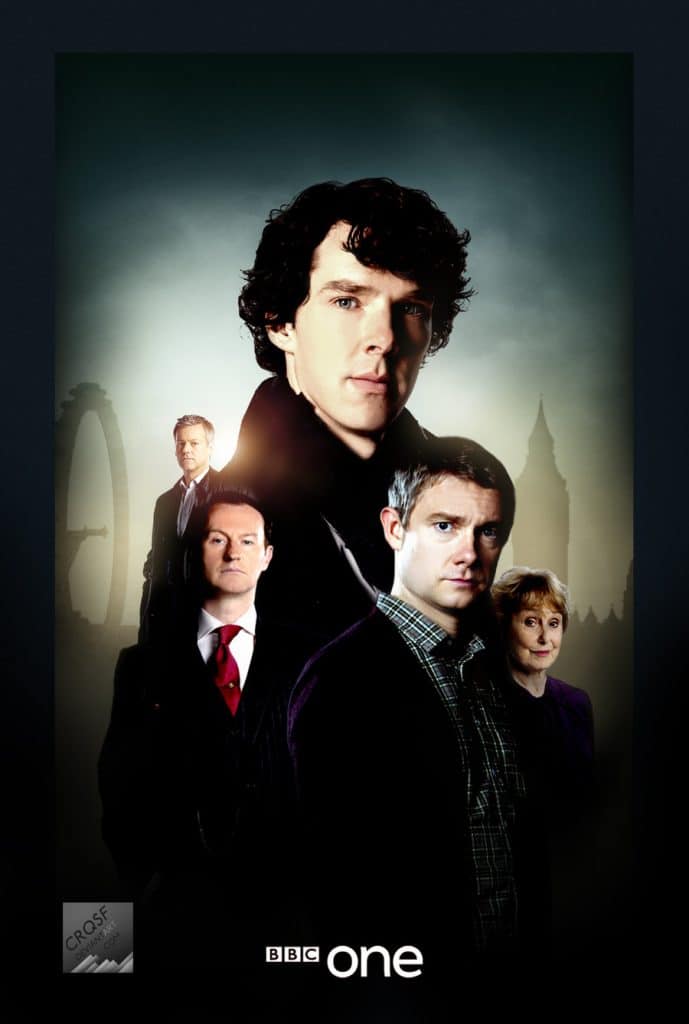 The series shows the entry of Dr. Watson and Mycroft. John and Sherlock then become a team to solve all the mysteries.

The first episode ‘A Study in Pink’ is based on the novel ‘A Study in Scarlet’. It is a story about a series of suicide by taking a poisonous pill. The second episode ‘The Blind Banker’ depicts bank robbery and death of an employee and John and his date getting abducted. The third episode ‘The Great Game’ solves a series of unrelated cases. 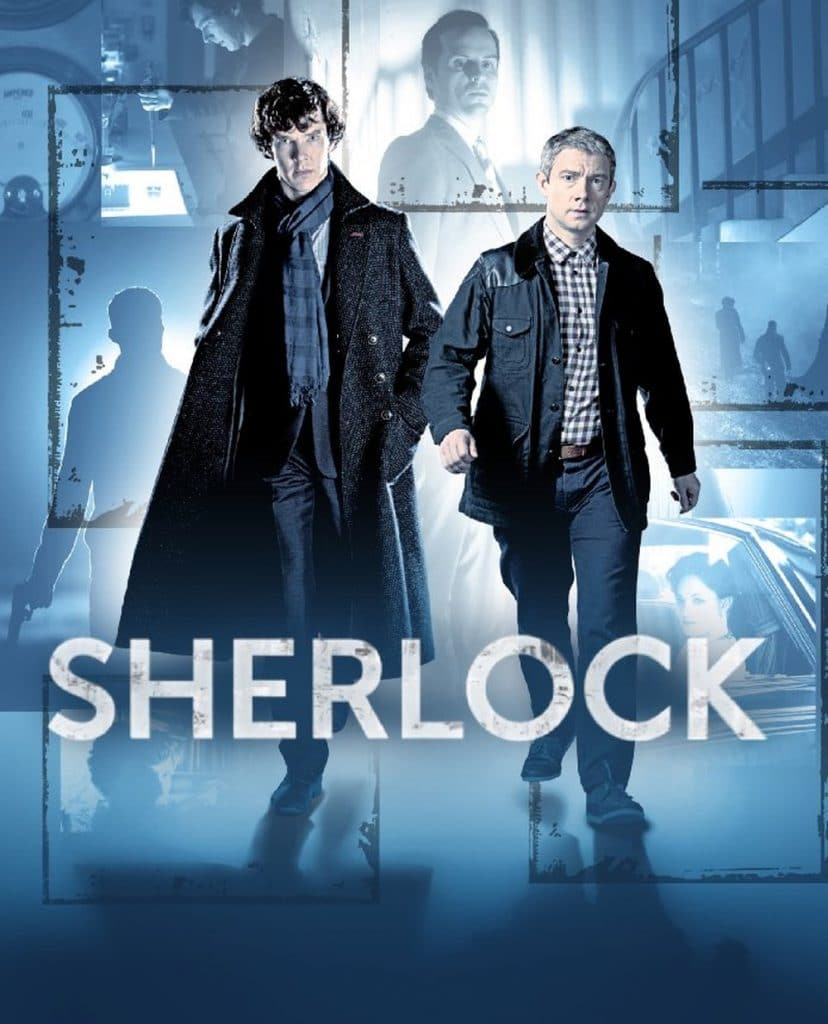 Season 2 of Sherlock introduced Irene Adler in the first case ‘A Scandal in Belgravia’ based on the story of ‘A Scandal in Bohemia’. Irene has compromising photos of a royal minor in her phone.

The second episode of this season is ‘The Hounds of Baskerville’ where Russell visits Sherlock to solve the case of his father’s mysterious death by a monstrous hound. It is based on the novel  ‘The Hound of the Baskervilles‘.

The final episode of the season is ‘The Reichenbach Fall’ where Jim Moriarty forces Sherlock to commit suicide. 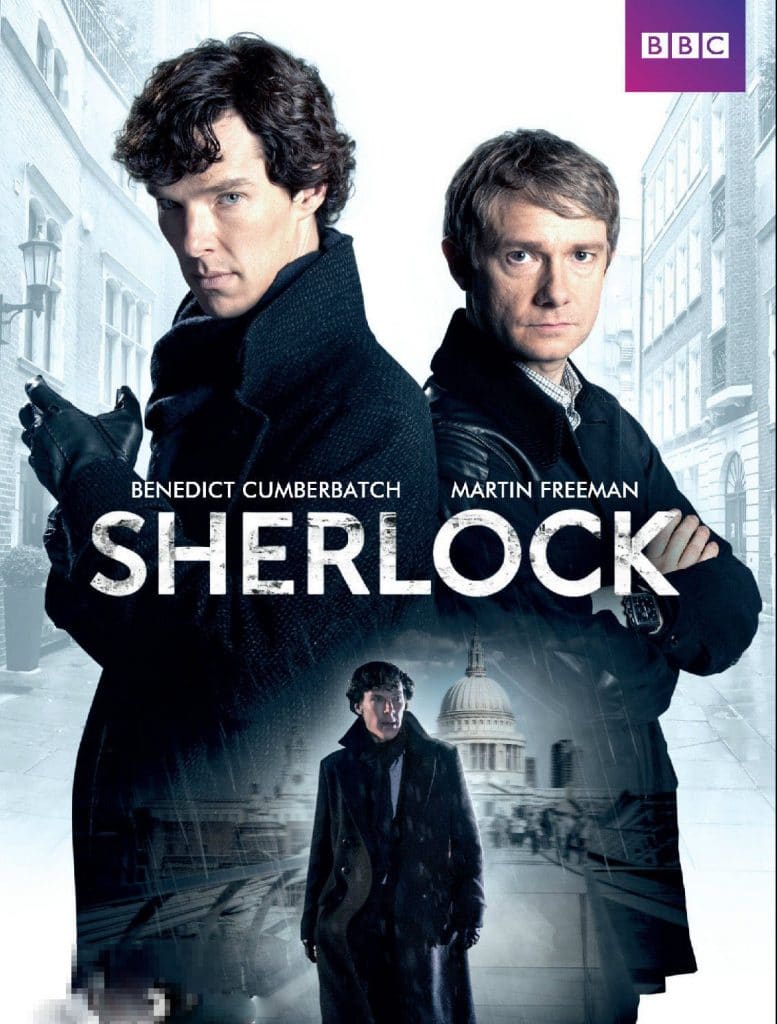 This series had a special mini-episode before it released it’s Season 3. It was a continuation of the episode after Sherlock commits suicide.

Sherlock is back after clearing all his charges to solves many cases like ‘The Empty Hearse’, ‘The Sign of Three’, and ‘His Last Vow’. A new character is introduced in the season ‘Mary Mortsan’ as John’s love interest.

The series concludes with Jim Moriarty’s video all over England asking “Did you miss me?”. 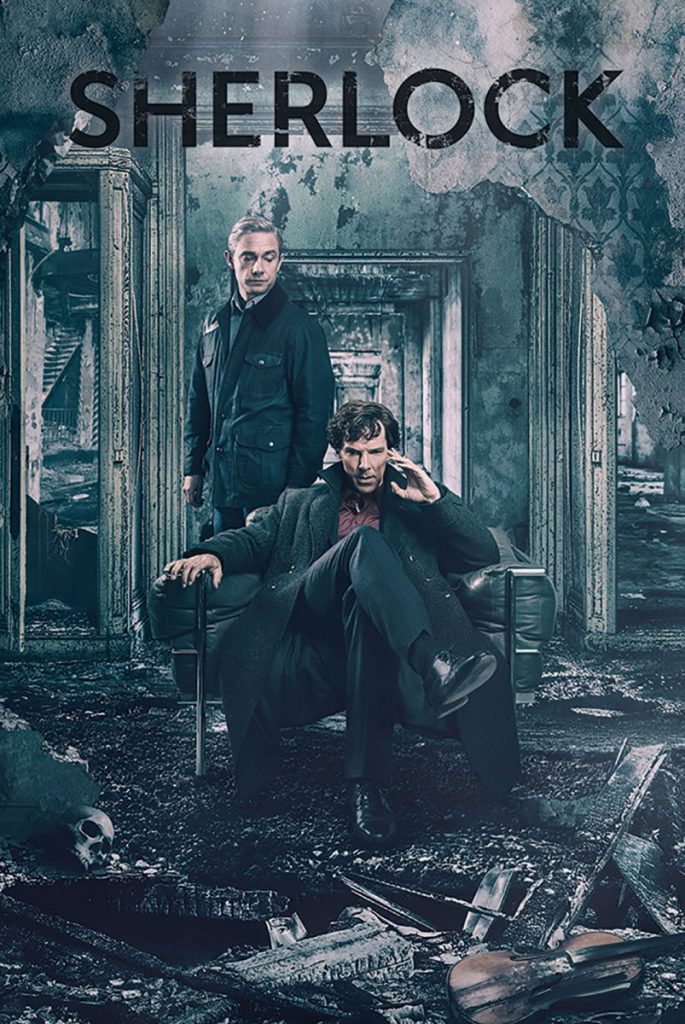 The three episodes of Sherlock Season 4 are – ‘The Six Thatchers’,’The Lying Detective’, and ‘The Final Problem’. John and Sherlock become friends again while solving the case and then return to their Baker Street apartment. 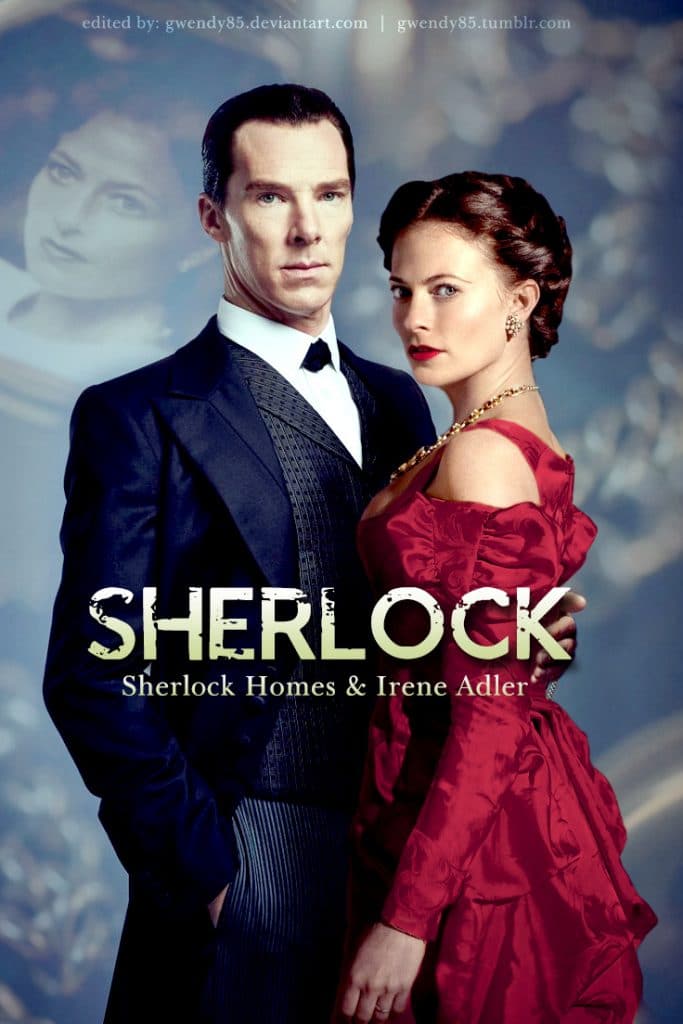 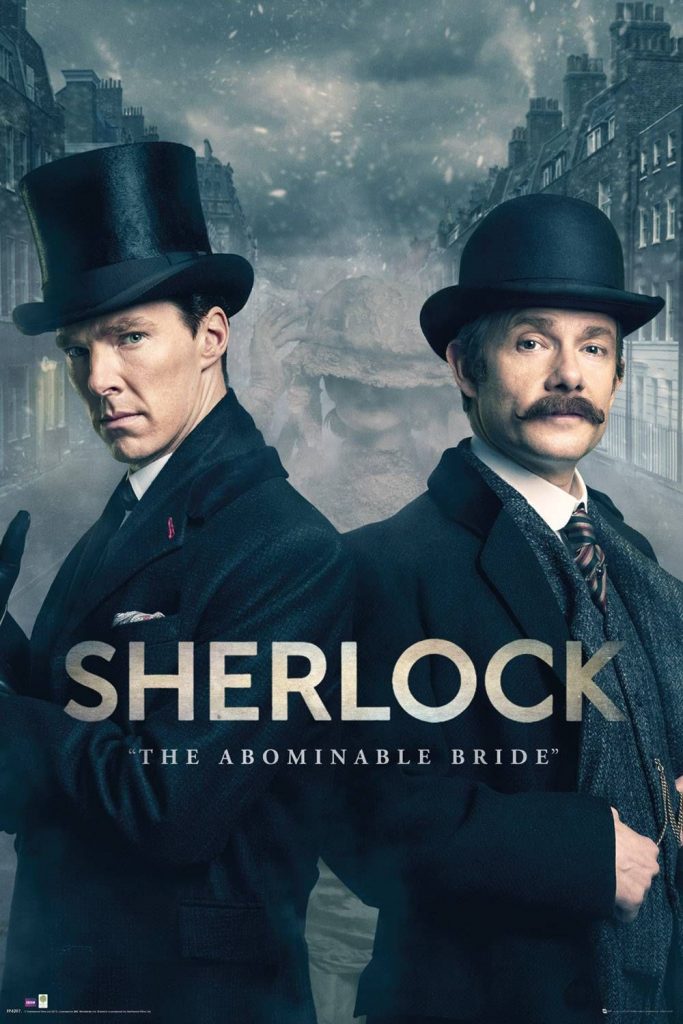 In the episode ‘The Abominable Bride’ Sherlock tries to solve a case where a bride killed herself by shooting in the head and then rising again from the grave. This case helped him solve the Jim Moriarty’s similar condition. 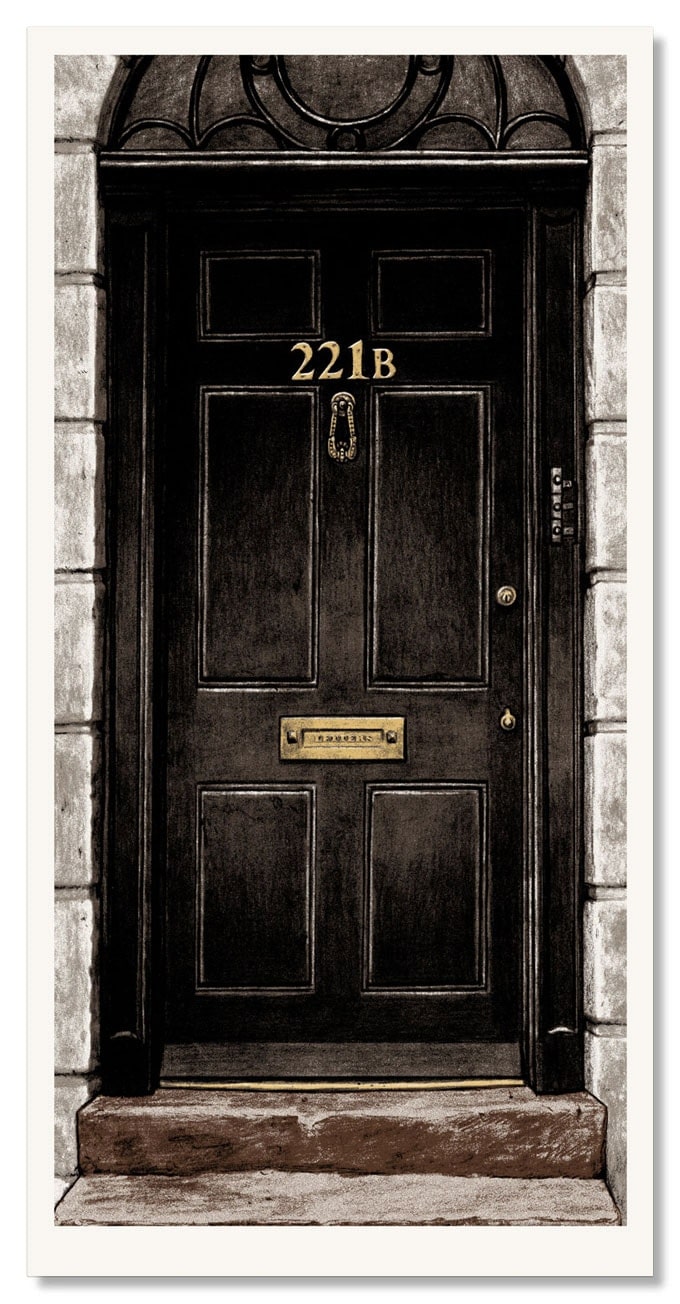 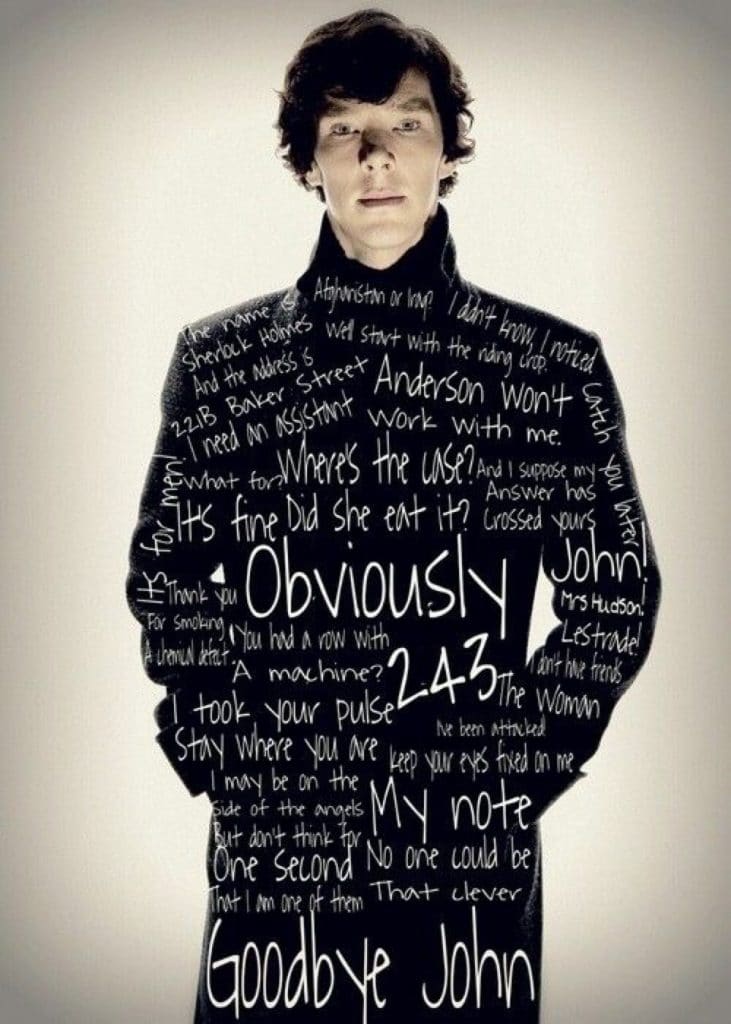 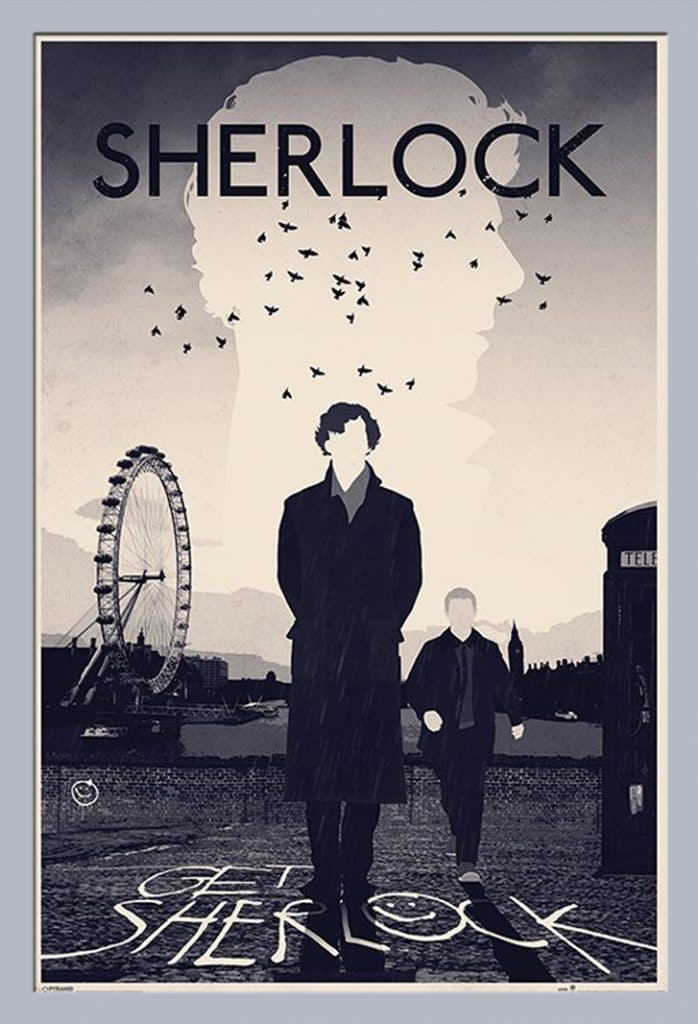 10. That’s How a Detective Walks 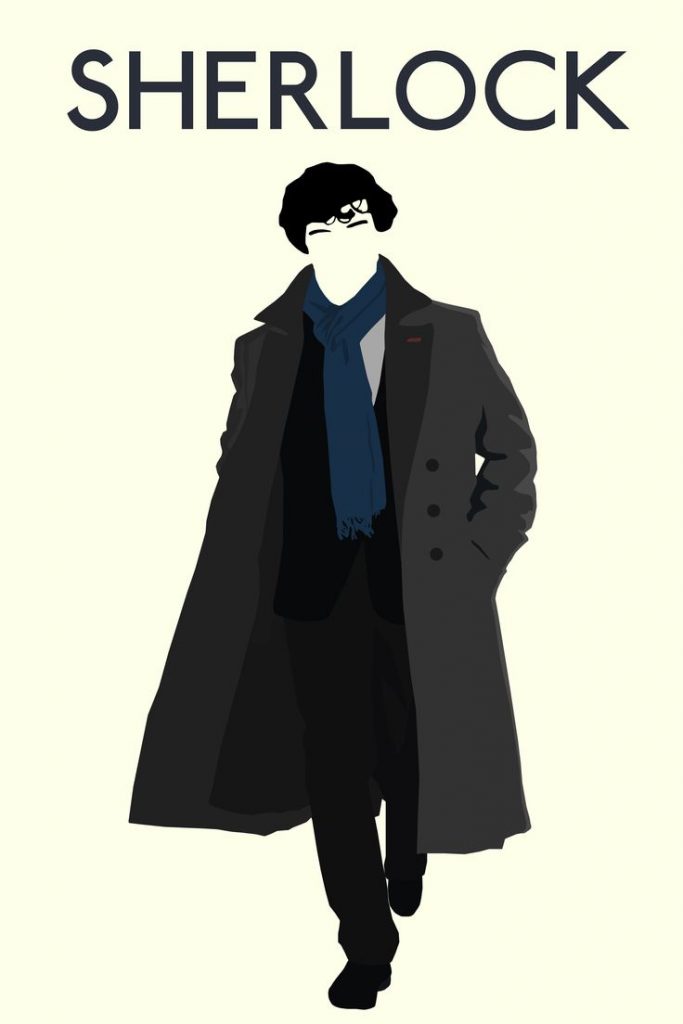 11. I cannot make bricks without clay 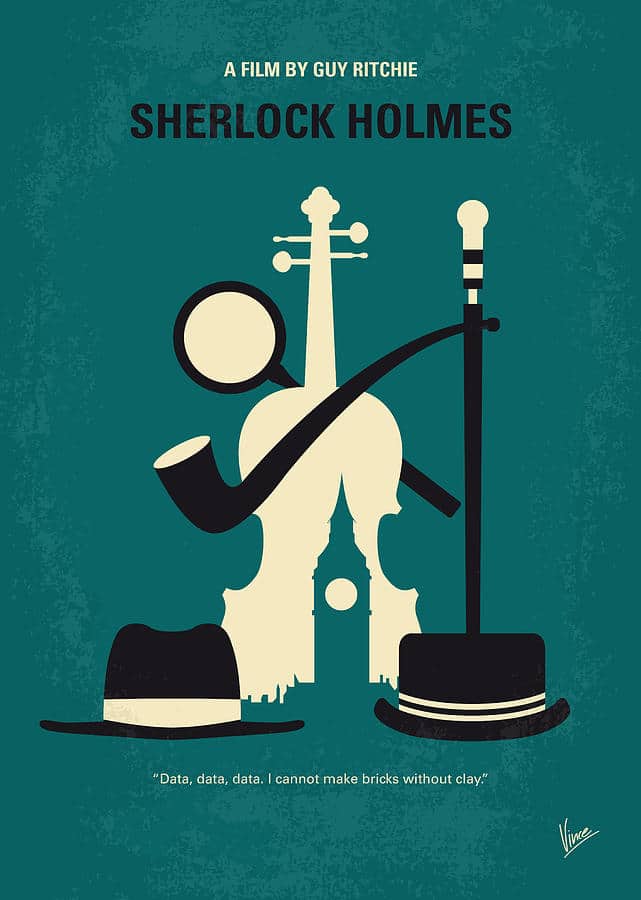 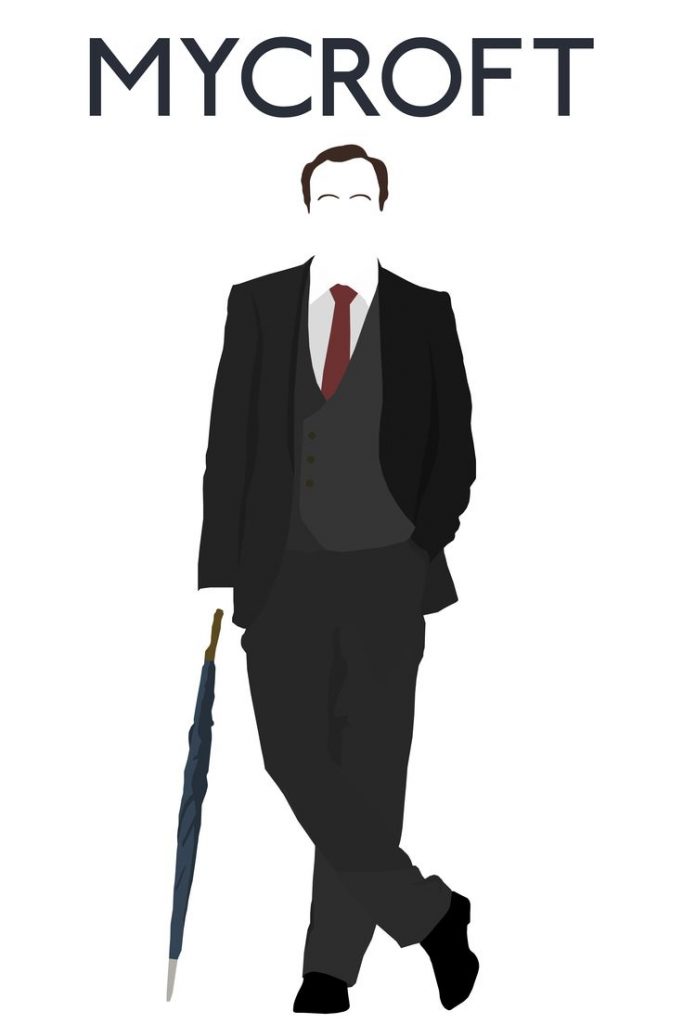 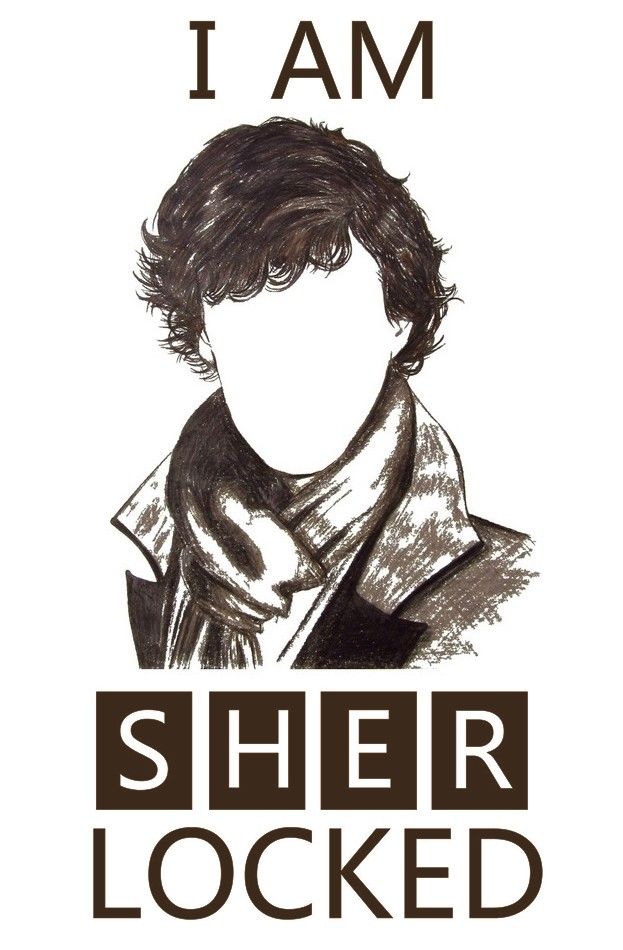 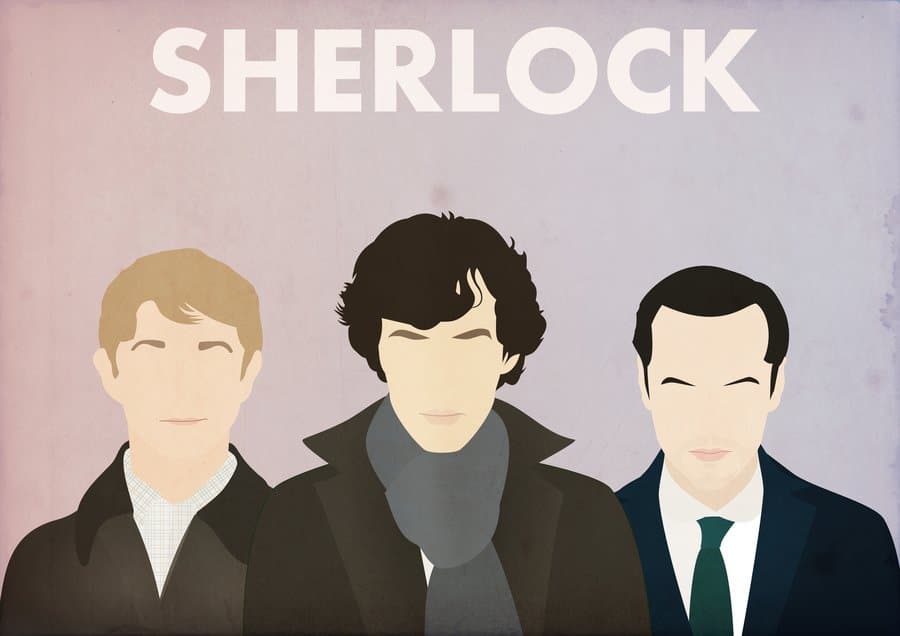 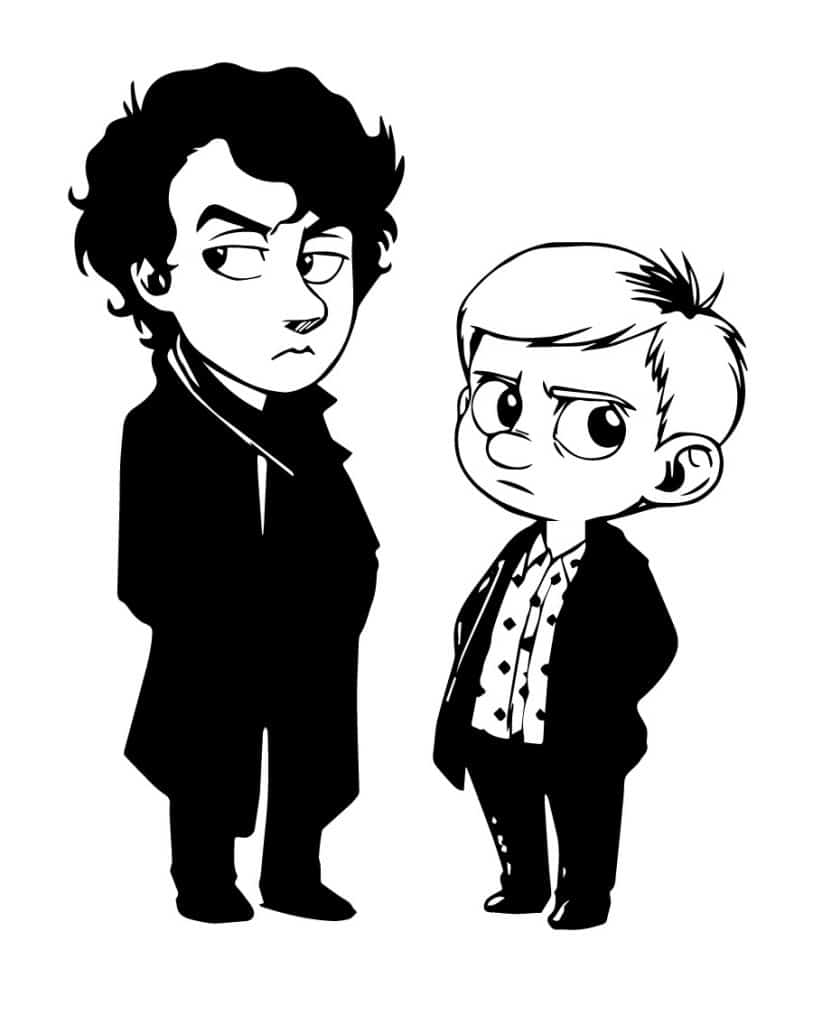 Sherlock is a great crime drama series. It is very popular and has managed to get high user ratings. So if you have not watched it go ahead and start today itself.

You can download and print the posters from this Sherlock Poster collection easily to hang around in your rooms, and workplace.

Do suggest some changes or poster you’d like to see on our site. We request you to pin at least one poster from the article to your Pinterest board. We have collected some amazing Sherlock posters. Hope you like it!