Ice Age is one of the most amazing movie series ever made. The adventure in the movie is of the next level and that is why we love it. Do you know, what is the best thing about animated movies, it is that they never feel old. If we watch older movies, there would be a gap in cinematic technology, but kids love any type of animated movie, they don’t judge them on their technology.

Always remember, if a girl says you’re ugly, she is jealous, if a boy says, you are ugly, he is being mean and if a kid says you are ugly, then you are ugly. So, despite being an old movie, it could still entertain the whole family. And to support your entertainment, we brought you this post of Ice Age poster collection.

Before getting directly to the Ice Age posters, let’s get into the ice age and know what’s happening there.

The movie series takes place during the ice age, which was a long period of reduction in the temperature of the earth’s surface and atmosphere. The movie features three main characters, viz., a saber-tooth tiger, Diego, a clumsy ground sloth, Sid, and a wooly mammoth, Manny. Though many other characters added in every part of the movie series these 3 will be the real heroes.

The main characters of the whole movie franchise were voiced by: 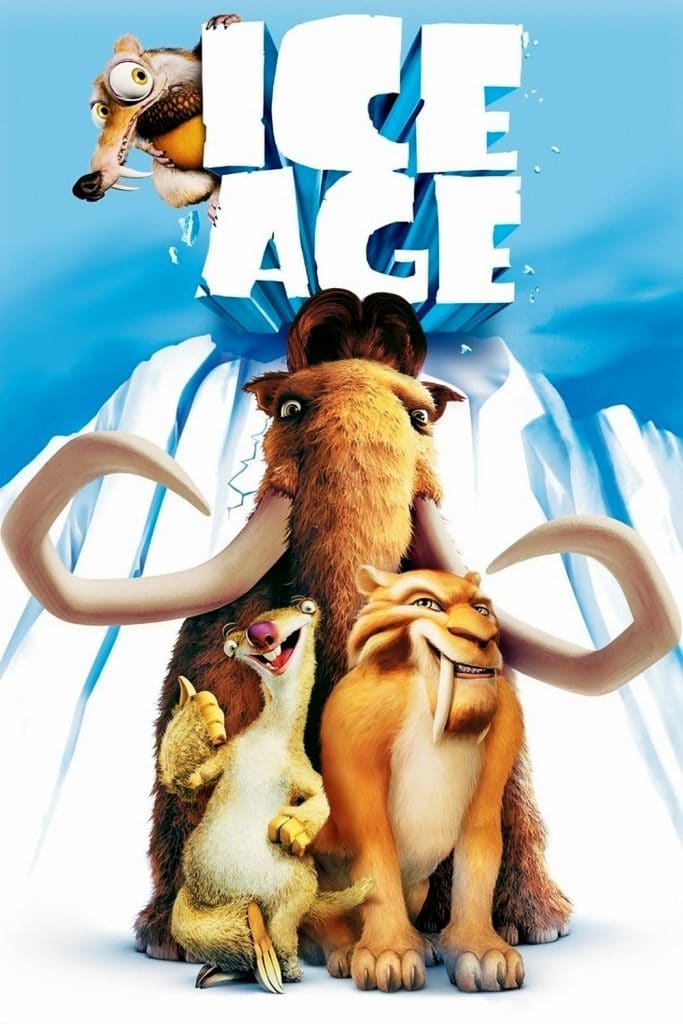 The movie was in the cinemas on the 15th of March in 2002. It did great as a first movie of the series and also the first feature film of Blue Sky Studios. 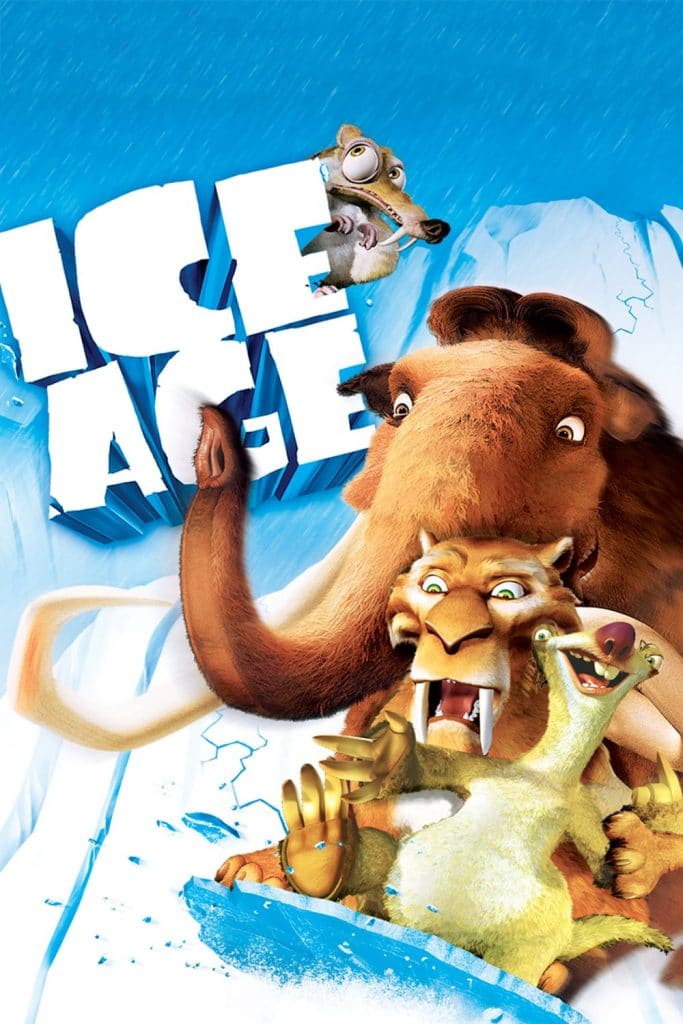 The movie made over $350 million on a budget of almost $60 million, which is a decent number keeping in mind all the main competitors in that year including Star Wars and Lord Of The Rings. 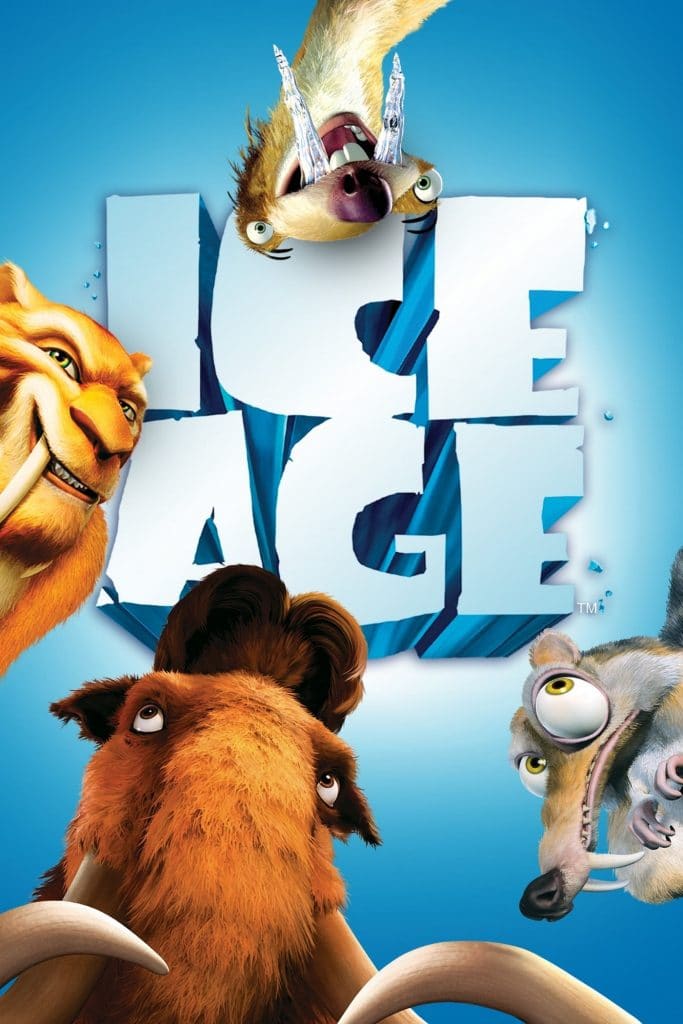 The movie introduces us to the last wooly mammoth of the earth, i.e. Manny. He is kind of serious or I should say overprotective father type. Then comes my second favorite, Sid. He is a ground sloths and he is damn funny. Diego is a saber tooth tiger, and he is that kind of guy, who gives a shit about nothing in school and consider himself a popular kid (I know that was a really bad example). 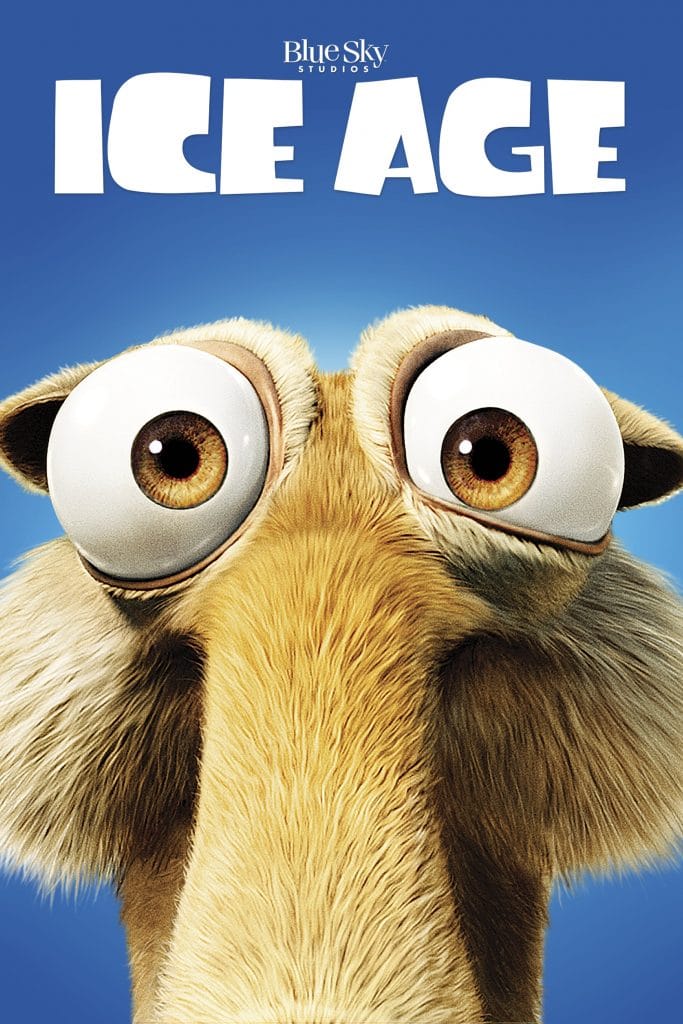 Scrat is a  squirrel sorry, a rat… I mean, Damn! Scrat is Scrat. He is obsessed with his acorn, which he wants to save and store for winters, and he is protecting it in the middle of Ice Age. He is the main character in all the movies as he is the one who created all the problems. 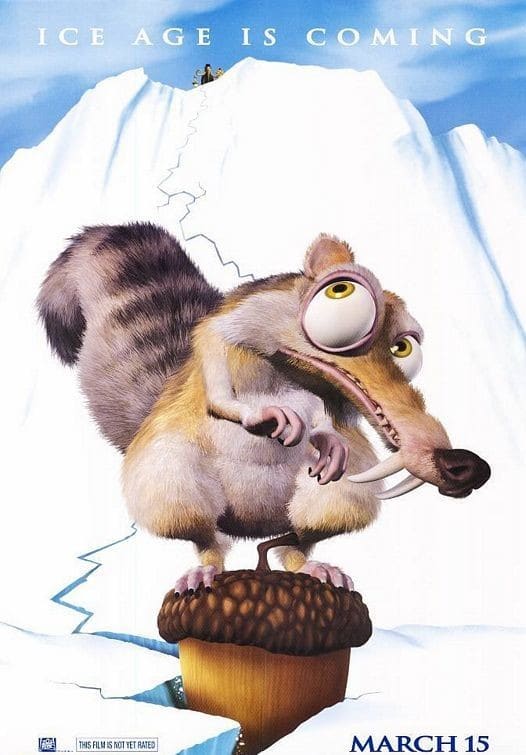 The story is based on all the main characters as they find a human baby and go through all the adventure to find his parents. The movie is good to watch as it was rated 77% on Tomatometer. 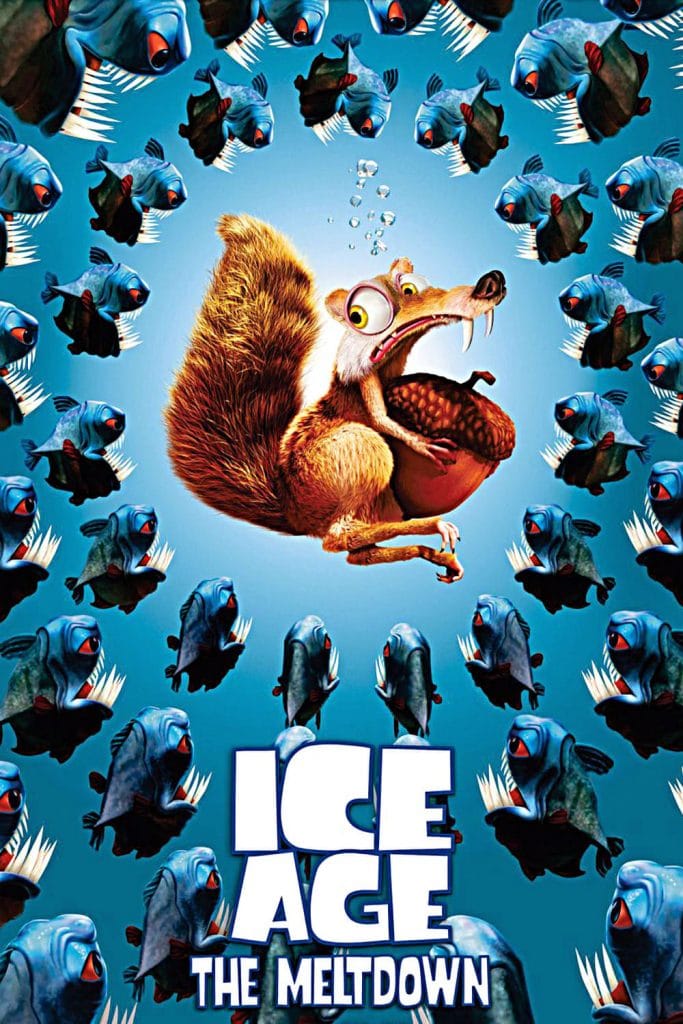 The movie was released on 31 March 2006. Although it was a success at the box office. 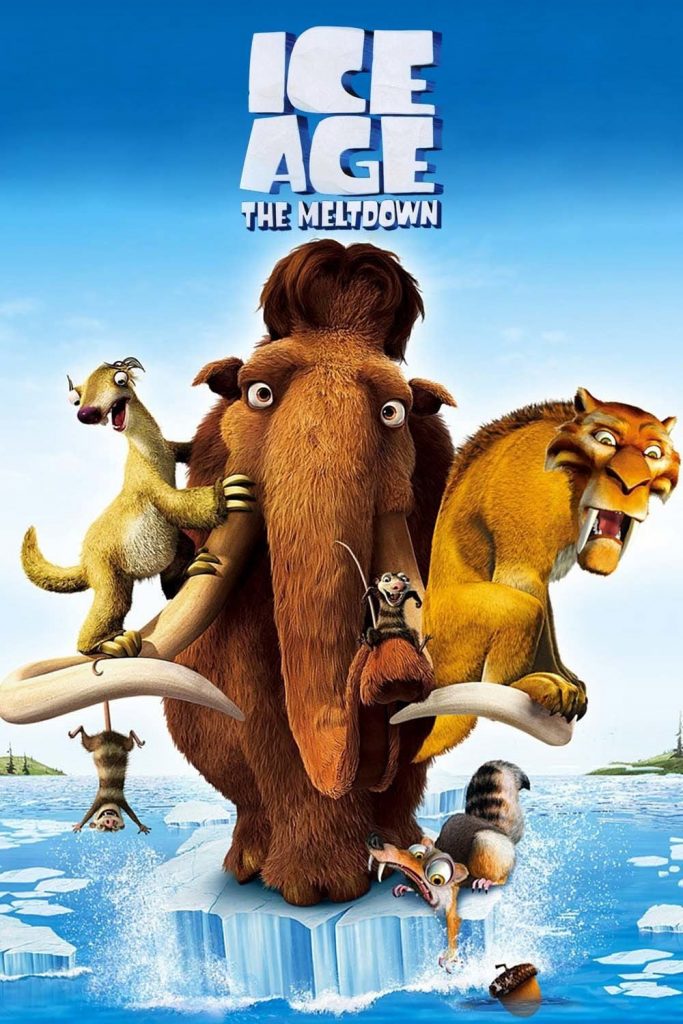 The movie earned more than $650 million on a budget of around $80 million but it didn’t touch the heart of the audience. The movie got only 57% on Rotten Tomatoes.

The movie has now taken a U-turn and the ice which covered the whole globe is now started melting, which is again a problem for the world. So, the squad has a new and amazing adventure (as amazing as the posters of this website) and there is a boat which can save everyone and the real adventure lies in the journey to that boat.

4. Most Unlikely Family In Any Age 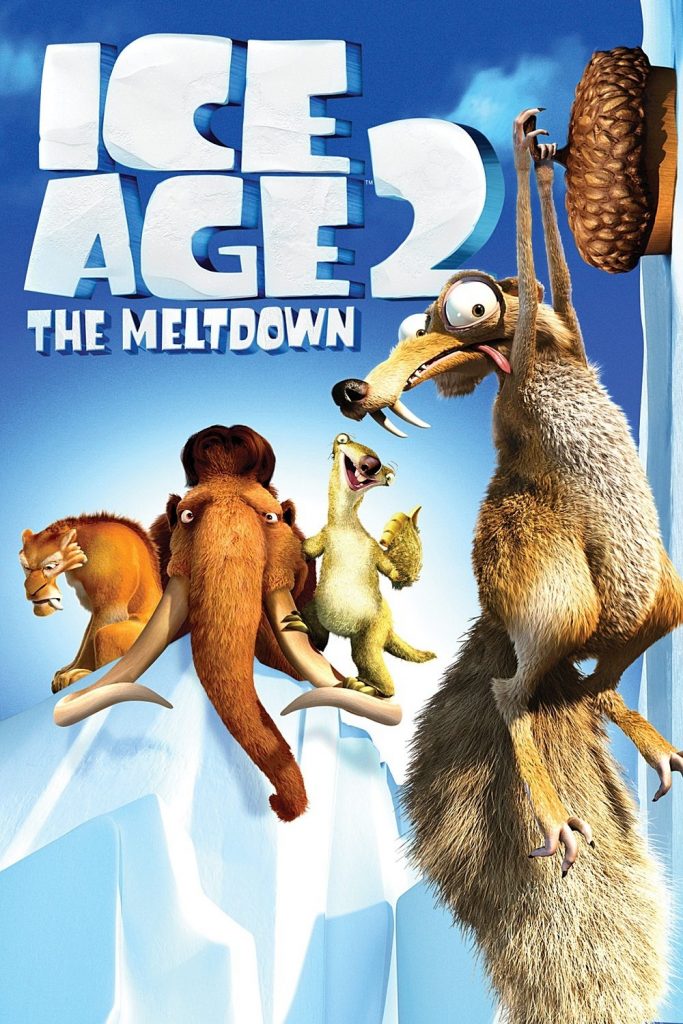 As Manny is now grown up boy, and he is as single as I am (read it af) he is afraid that his species will wipe out of the world. But he later finds a female wooly mammoth who is adopted in a family of possums and thinks that she is a possum. Also, she has two possum brothers who are awesome. 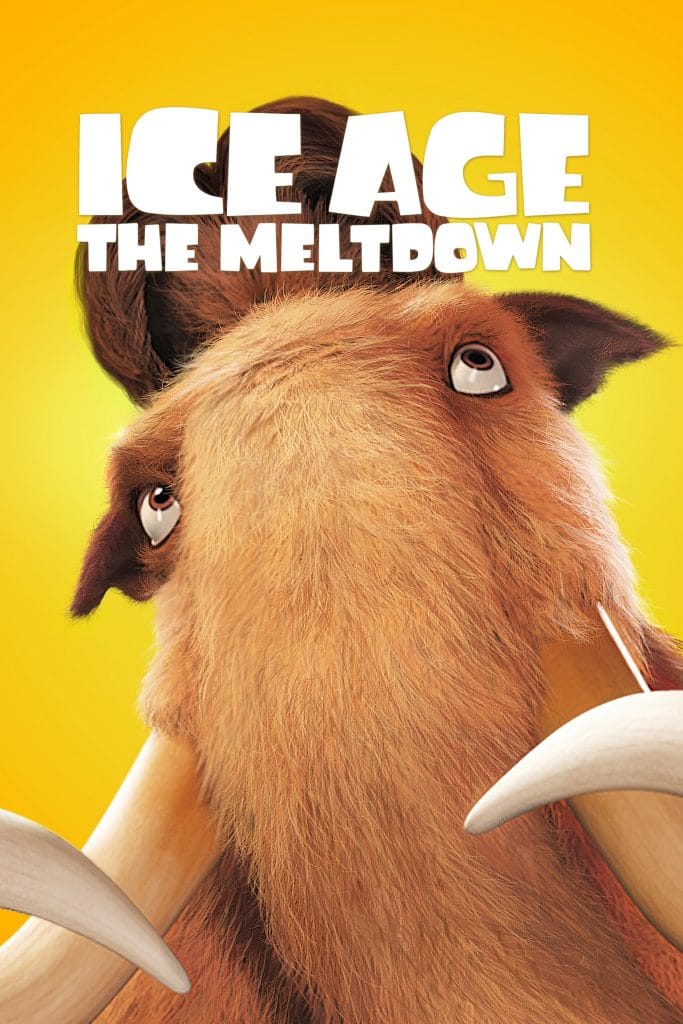 At the end of the movie, Sid saves Scrat and he starts beating as hell (that little karate kid). Watch the movie to know why. The movie is full of humor and you will definitely enjoy it for that particular reason (all because of Sid). 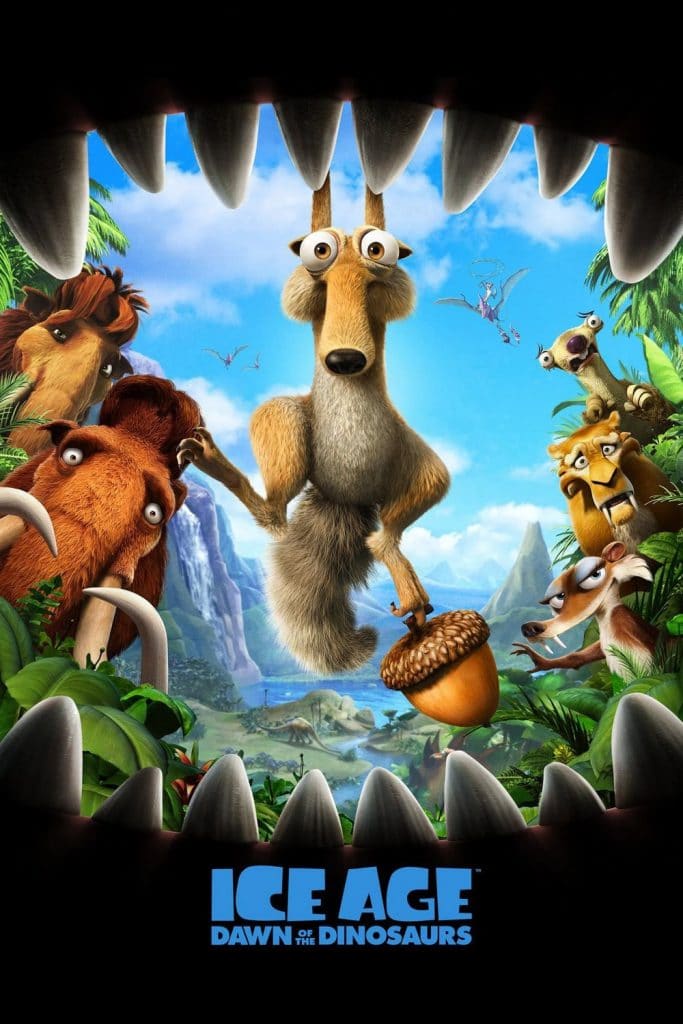 This one released on 1st July of 2009. The movie did really well on the screen but not on Tomatometer. 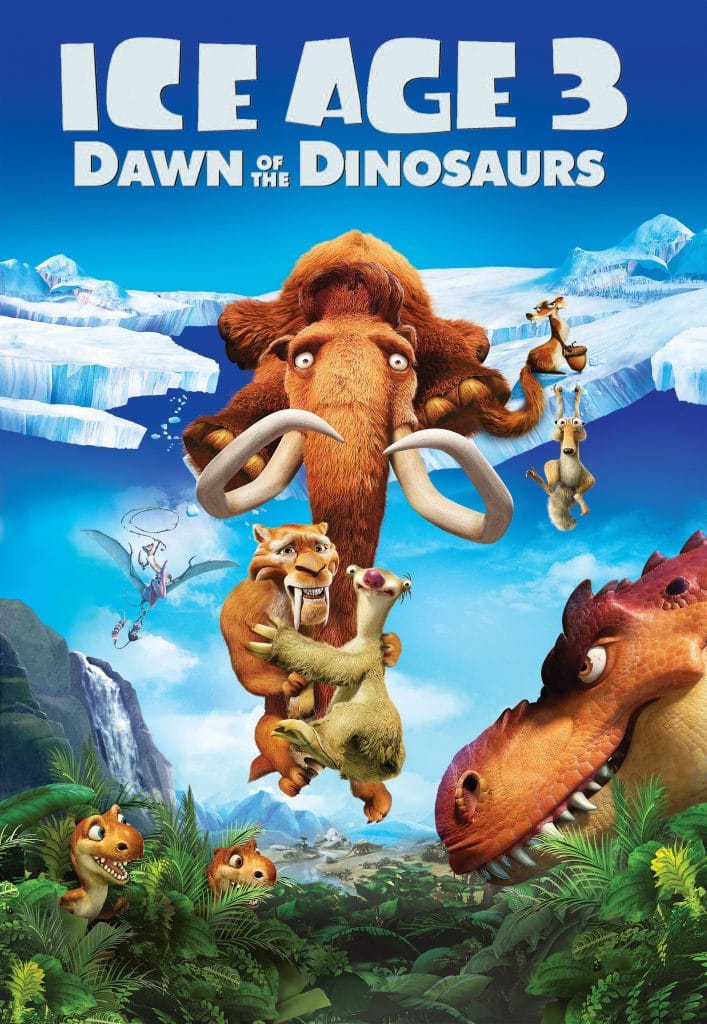 The movie bagged more than $850 million, which is almost a billion in today’s value, on a budget of around $90 million. 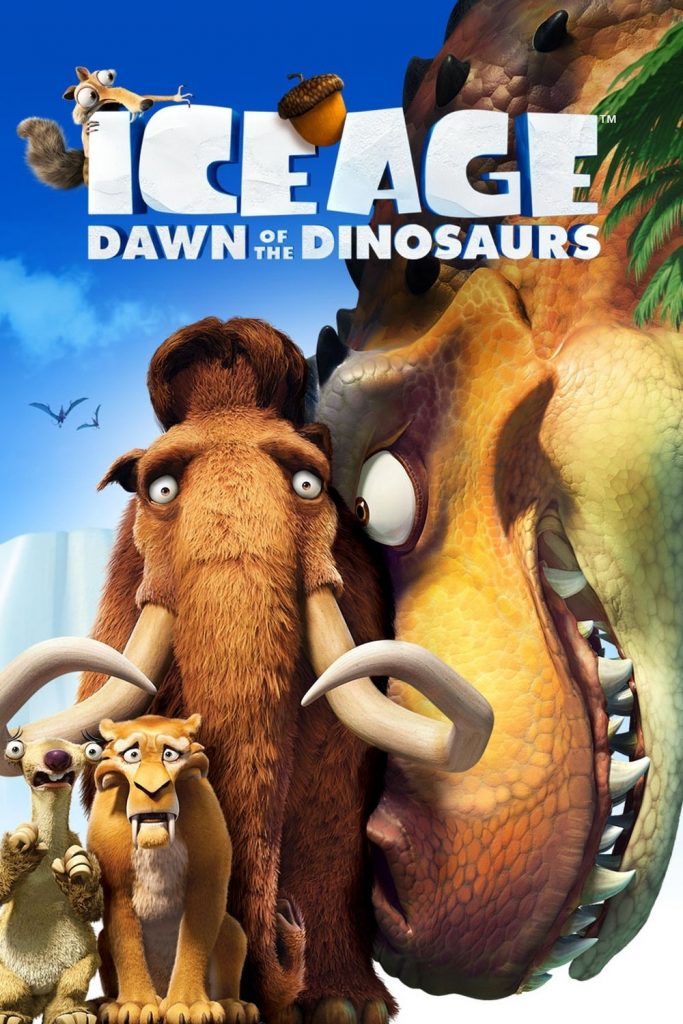 Although I always believe in the rating of Rotten Tomatoes, this can be an exception. The movie received only 46%, but I liked the movie and I think it deserves a little more.

4. Love In The Jungle 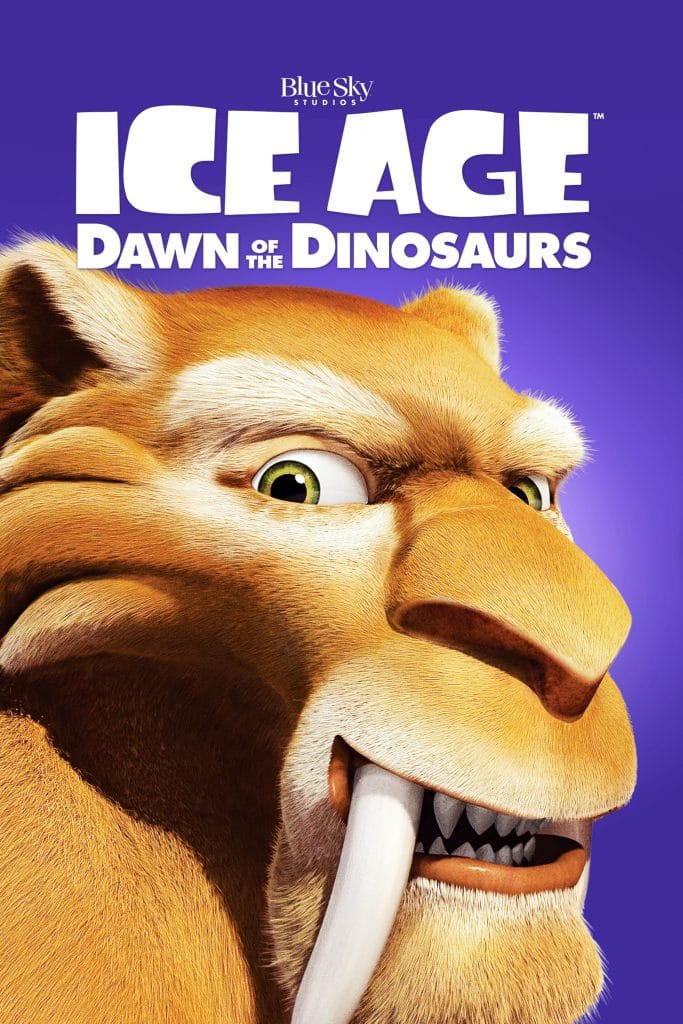 Everyone found their love in this movie except Diego. Even Scrat will be seen with his girlfriend enjoying the acorn, or fighting for it. I can feel you, Diego! 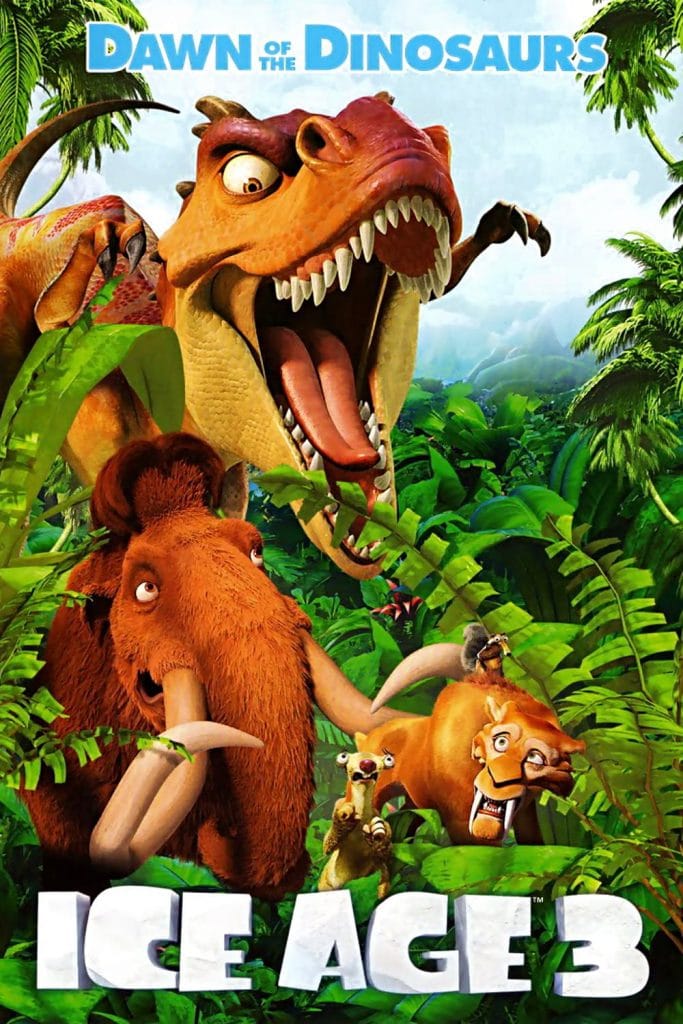 Dinosaurs kidnap Sid in the movie, and the whole squad will be in search of Sid. That’s the whole theme of the story and maybe, also the reason for getting a low rating on Rotten Tomatoes. Although you will enjoy Buck, he is very similar to Sid. 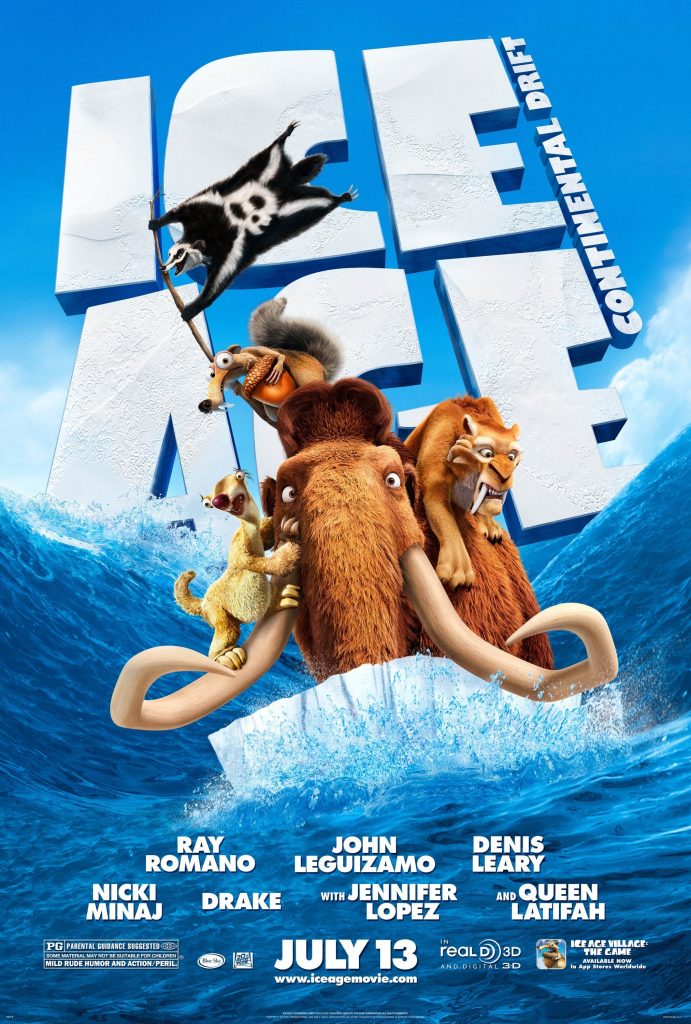 The release date of the movie is July 13 in 2012. This one is little different as it features some of the famous voices, you can read in the poster above who I’m talking about.

2. Masters Of The Sea 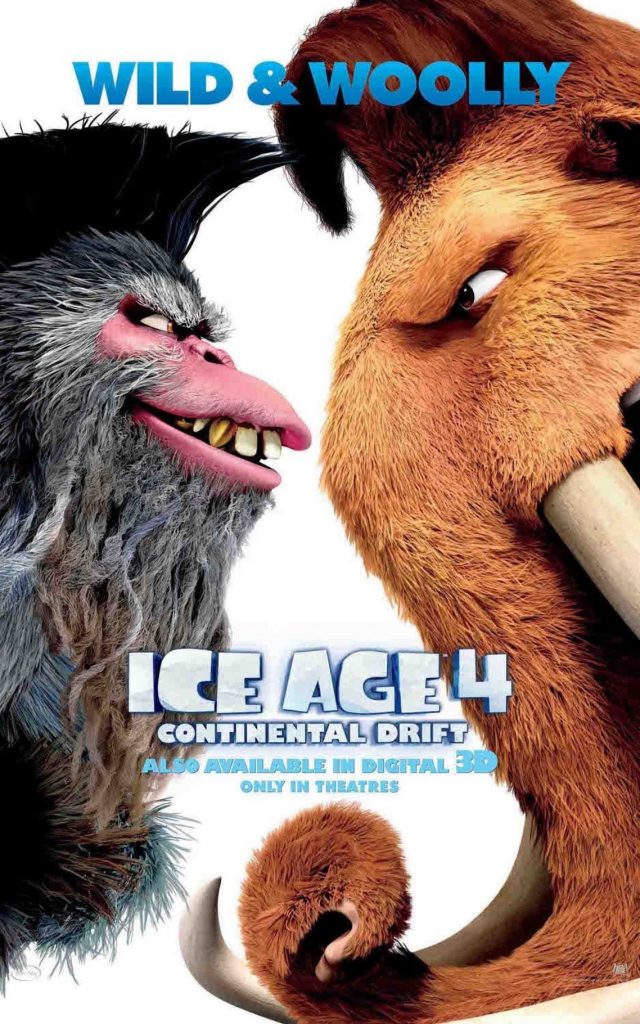 The movie was really the master of the sea full of the movies. It was the 4th highest grossing movie of 2012 with the collection of more than $850 million on a budget of just $95 million. 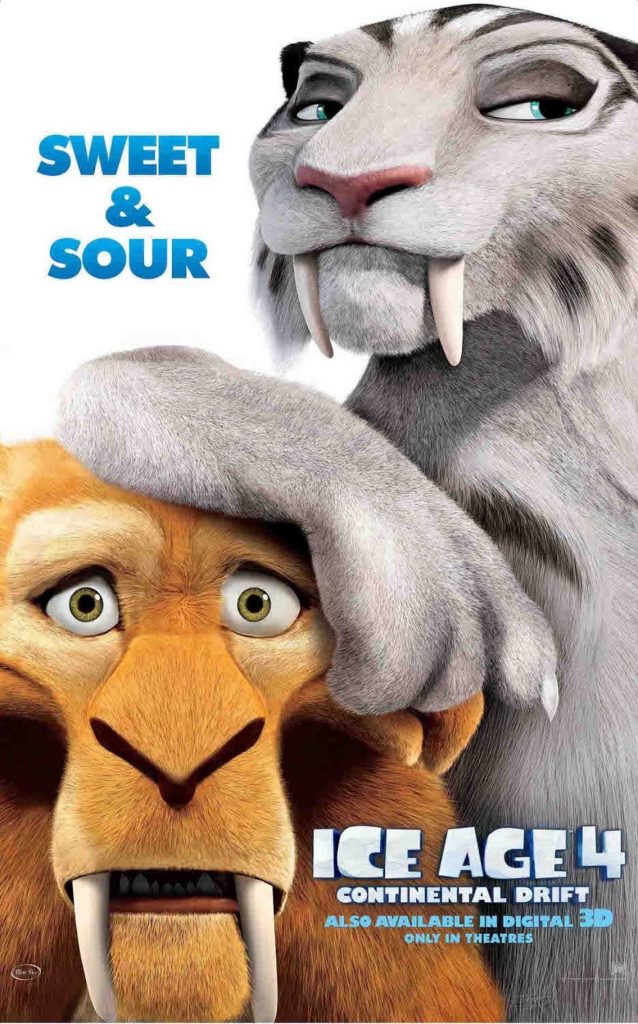 Finally, Diego’s good days come, but in a bad time and place. The squad gets separated from the family, and its again only Manny, Sid and Diego. While trying to get back to the family all of them encounter a Pirate group. And Shira, Diego’s future girlfriend is a member of that group. 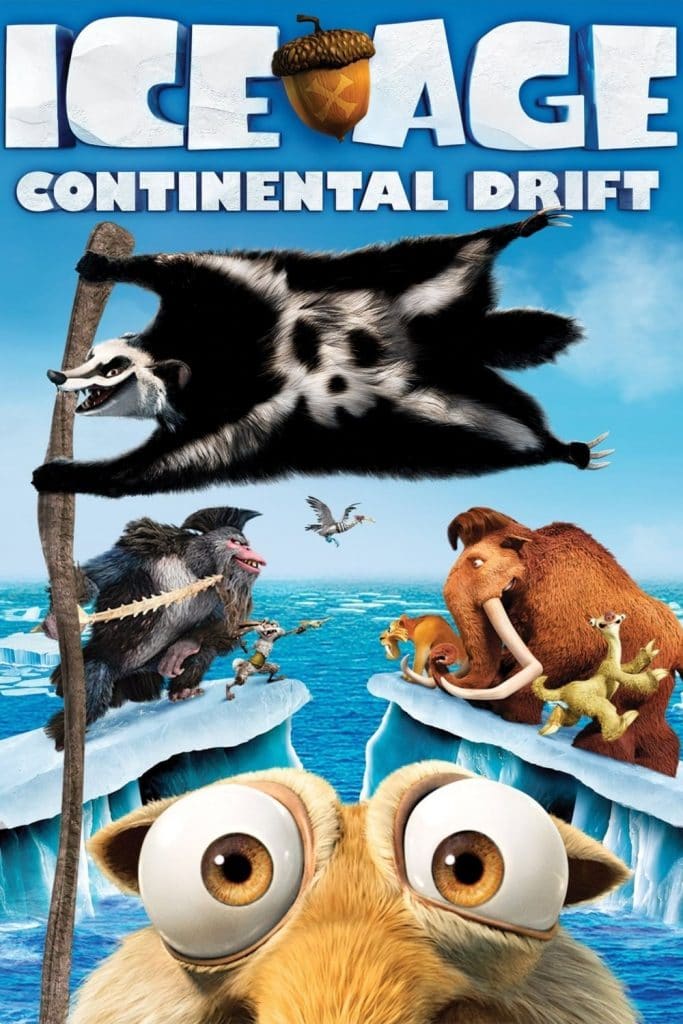 The leader of the pirate group, Captain Gutt, force them all to join their crew. And when they refuse he tries to execute them. However, they fight back which cause the ship to sink. Shira decides to join Manny and his friends as she was left to die by Gutts. And the adventure continues. 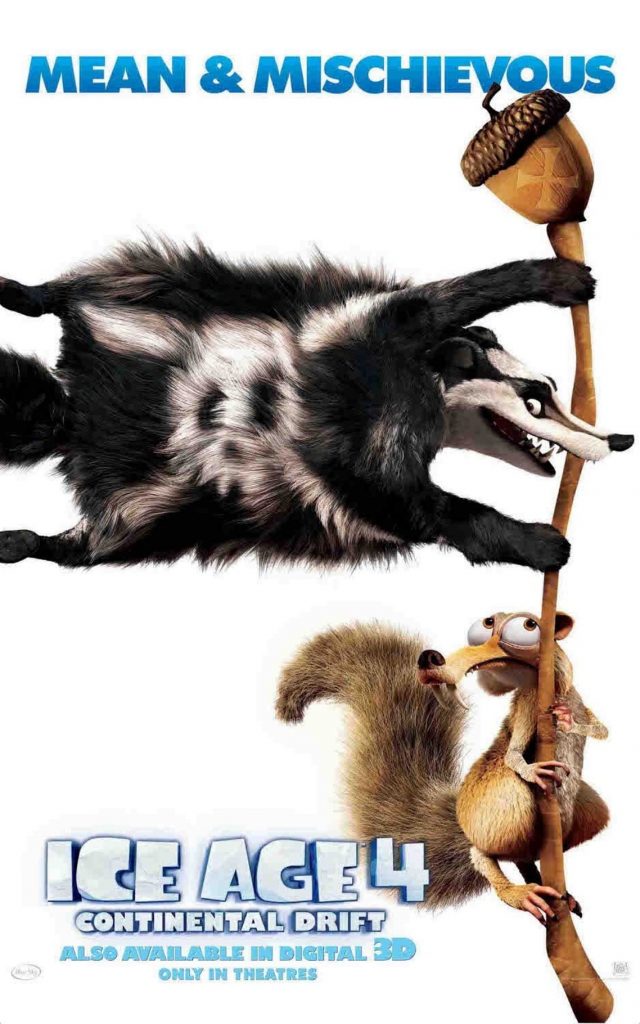 Maybe sometimes, the movie sucks, but most of the time, the movie rocks. As all the characters in the movie are funny, there are low chances that you will not like the movie. The story of the movie is not that great but the dialogues are totally awesome. 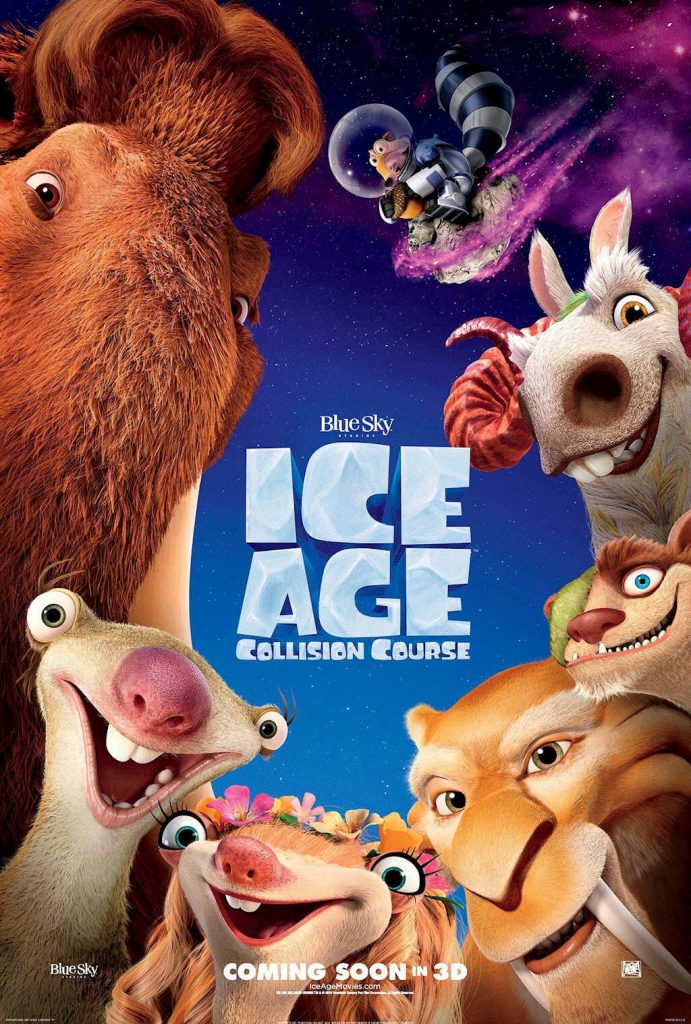 The movie premiered on 19 June 2016 at Sydney Film Festival and later released on 22 July. This is the latest Ice Age movie yet and worst one too. 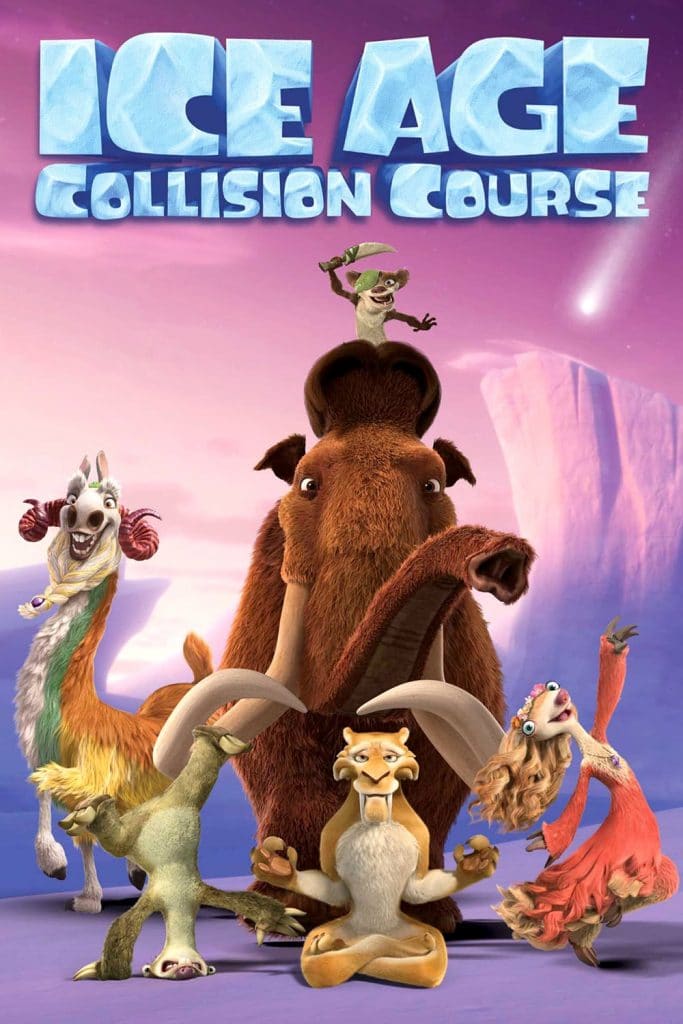 The movie made more than $400 million which is a huge amount, but not as huge as the previous one. After giving 2 almost billion dollar movies, it’s a shame to get this low. However, the budget of the movie was $105 million. 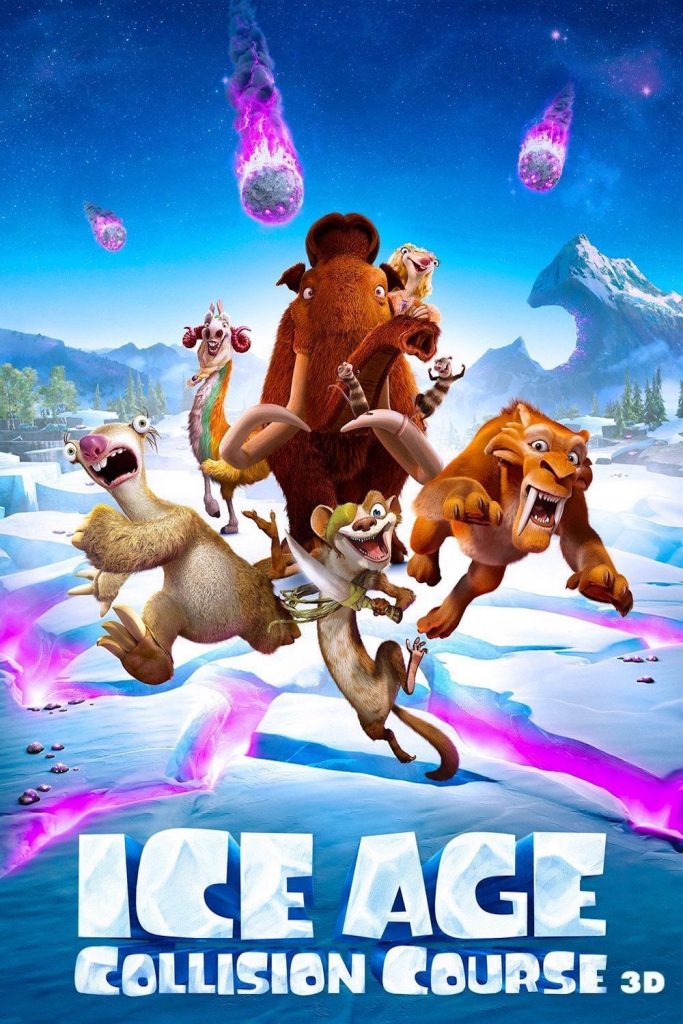 The movie, just like every time, based on saving the planet from natural causes, which are totally caused by Scrat. Animals are saving the world now, perfect reason for Avengers to retire. 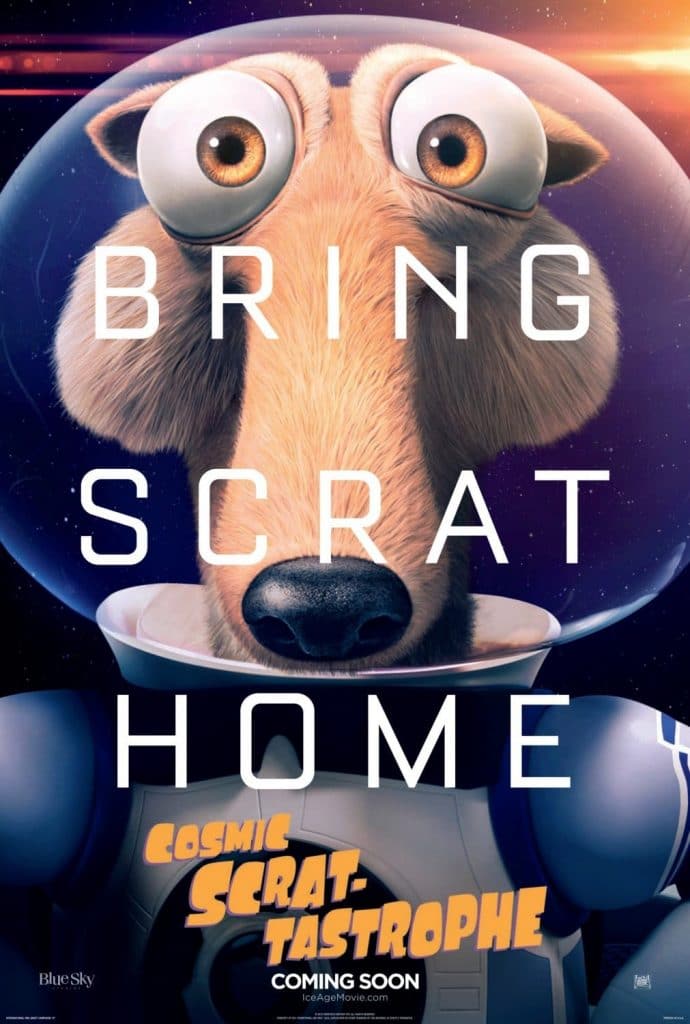 I would like to give you spoilers so that you don’t spoil your mood by watching this movie. Scrat somehow found an alien ship and fly into space causing many asteroids en routing the earth, hence causing a meteor shower on earth. 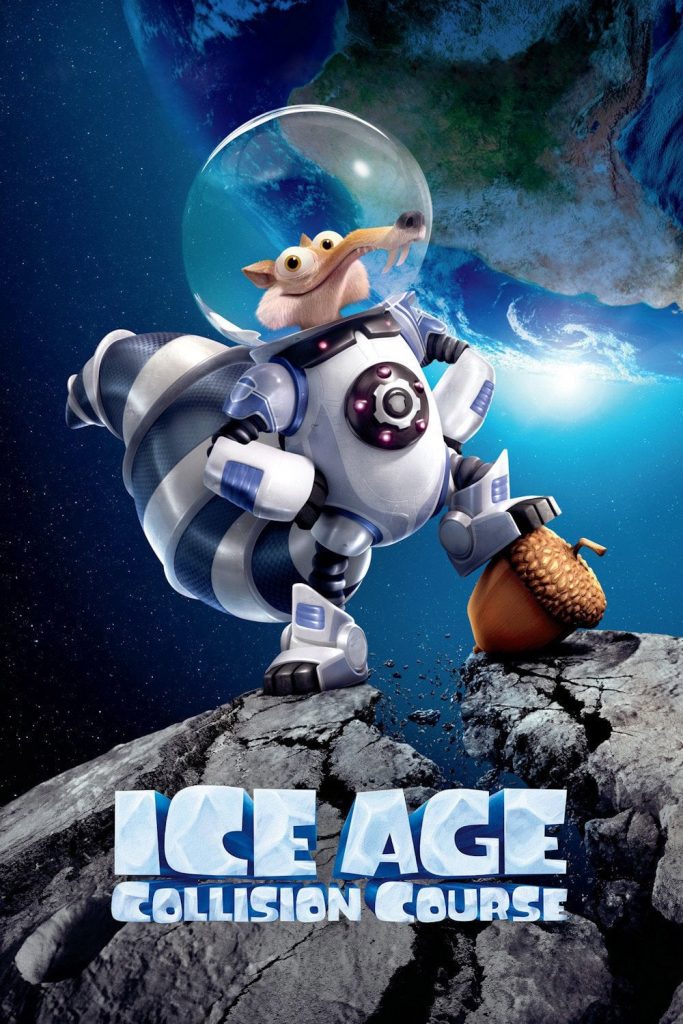 This movie can be the last movie of the Ice Age franchise, and I wish it is. There can be another movie in which they will bring back the human race and let us know what happened to that kid “Roshan” from the first movie, and end the franchise. Although it has not announced yet that the next part is coming or not, it will definitely take around 4 to 5 years, history of the franchise say so.

The series is totally worth watching if you are an animated movies’ fan like me but beware of the last installment.

Although, the last movie is also good but not as great as the first four. I think, the makers should have gone with the humans in the movie, at least in some parts, as a human baby was the centric object in the first Ice Age movie. They could have brought him back in third or fourth part a young adult boy. There is a high possibility that they will be bringing them back in the next Ice Age movie.

They bring him back or not, we will keep bringing you high-quality printable posters totally free for you. You just have to right-click on any poster (or long press the poster if you are using a mobile) and click “save image”. Bookmark this website if you want more amazing poster collection of movies and TV shows.

Check out everything about Ice Age here and the best to worst list of Ice Age movies here.