After 13 years of the massive success of the film that made our childhood awesome, Pixar and Disney are back with another awesome movie, Finding Nemo. Back then, when I was a kid, I used to watch “Finding Nemo” all day, again and again, and again and again!

In fact, I brought a Red Cap fish, as they didn’t have Clownfish at the time, which used to look like Nemo (That’s another thing that they change their pattern, so after some time, it was no more a “Nemo” fish).

I have watched Finding Dory three times in two days. This movie is so damn awesome that its worth having these guys on your wall. So, we got your back and brought this post of ” Finding Dory Poster Collection ” for you.

Before heading to the posters, let’s have a look at the plot of the movie.

As the name suggests, the movie focuses on the life of Dory as she tries to find her parents with Nemo and Marlin. They have a great adventure while doing all this with some, no, not some, too much comedy!

The characters are voiced by :

Just a fun fact, the movie features 289,240,840 animated characters. Hard to believe, right? But the main characters are listed above.

Let’s dive into the ocean, and experience the adventure! 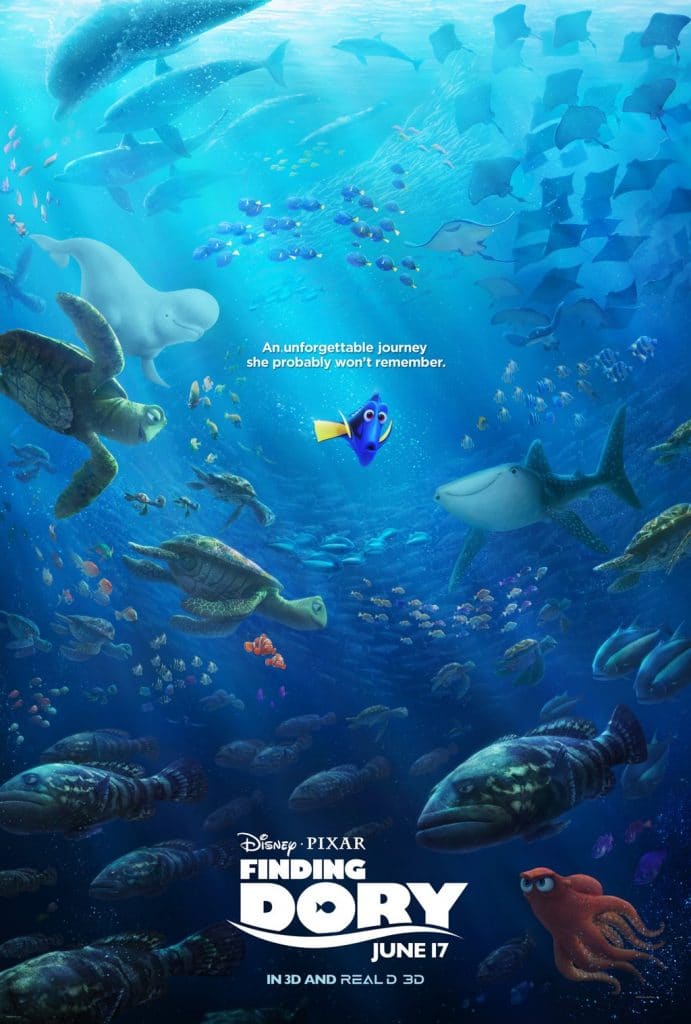 The movie was released on the 17th of June 2016. Yes, during the summer vacations to make the kids ‘cool for the summer’!

2. Found The Treasure In The Ocean 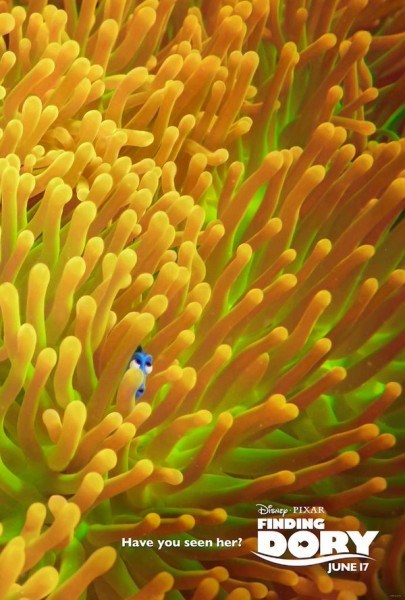 The budget of the movie was around $200 million. And how much it earned? More than ONE Freaking Billion Dollars! Woah! Kids really have the power!

3. Start With The Past 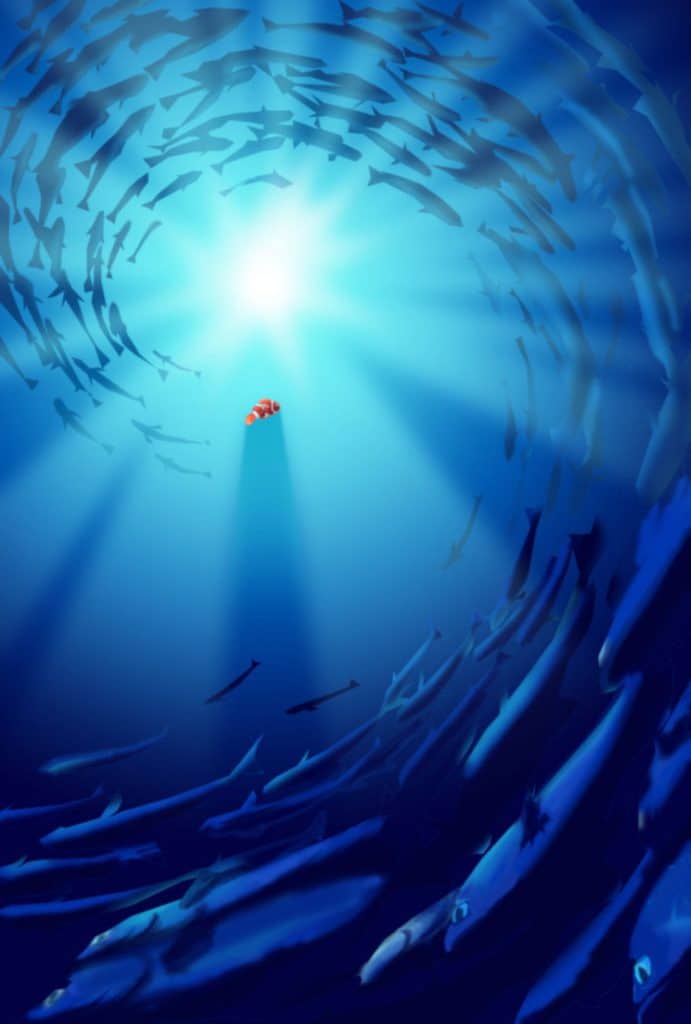 The movie starts with Dory searching for her parents and then comes the scene from Nemo when Marlin and Dory first met and start searching for Nemo as he went missing. 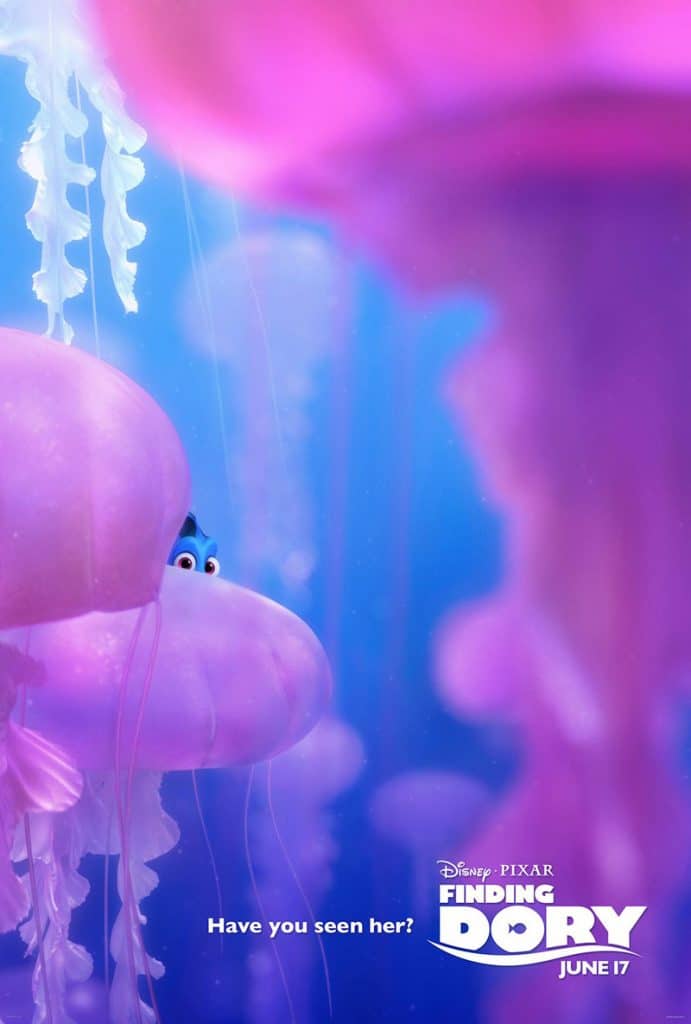 Half of the movie is about the past. Past scenes and memories, oh, I think “memory” is not a perfect word for this movie! 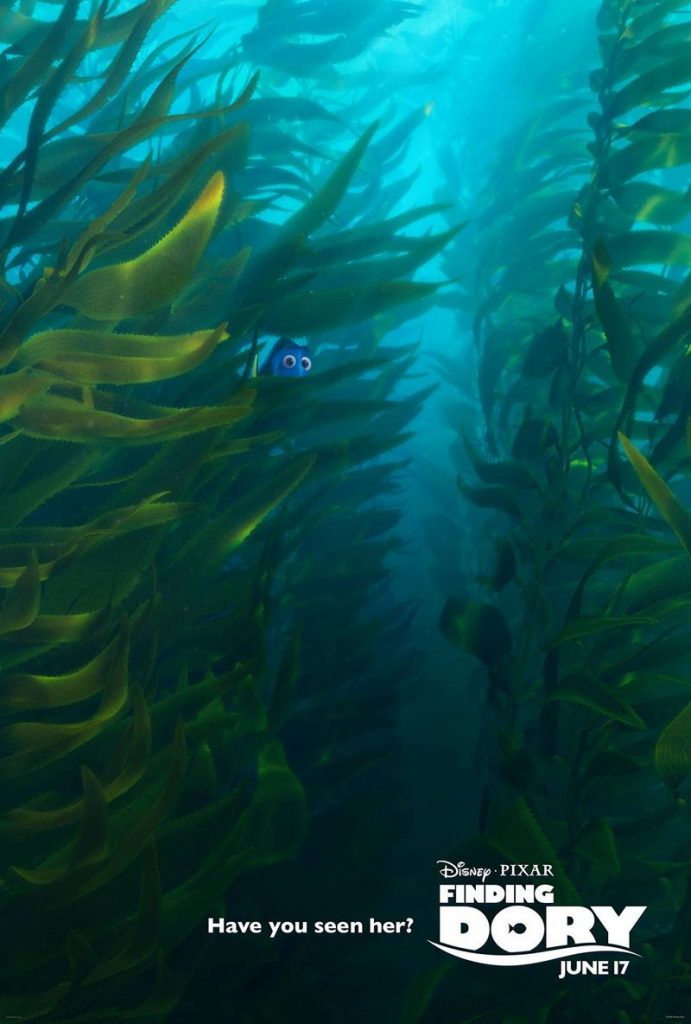 Have you ever heard that Gold Fish have only 3 seconds of memory span? Dory also has short-term memory loss problem. Is it possible, that Dory was possessed by a spirit of a dead Gold Fish? Were the makers trying to make it a spooky movie but ended up making a hilarious one? Just a fun fact, Gold Fish don’t have 3 seconds of memory span, they can remember things for a long time. In fact, they can be trained to do certain things. It was just a rumor all these years! 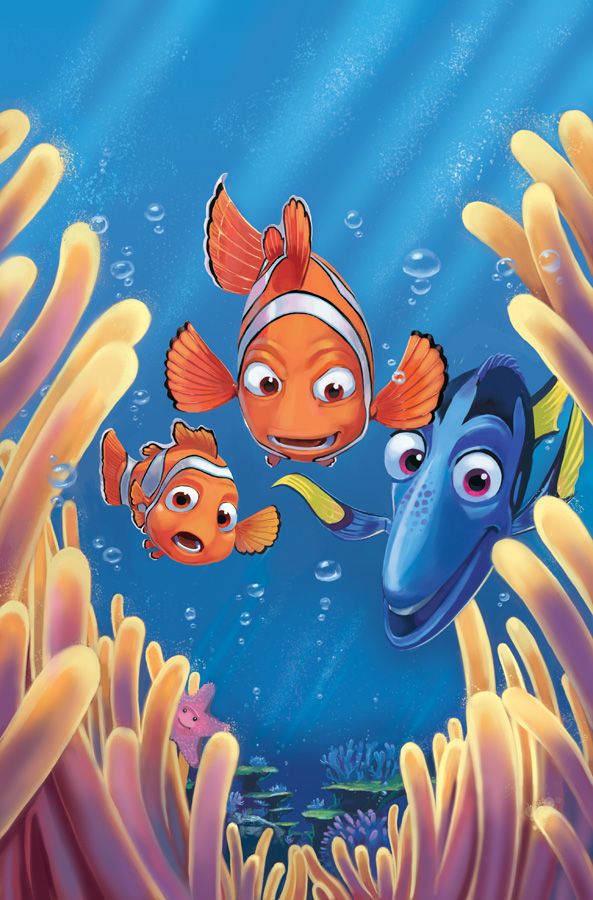 Nemo and his overprotective father help Dory on her way to find her parents. And Marlin did a great job entertaining us.

7. One Big Eye, Tentacles And A Snappy Thing? 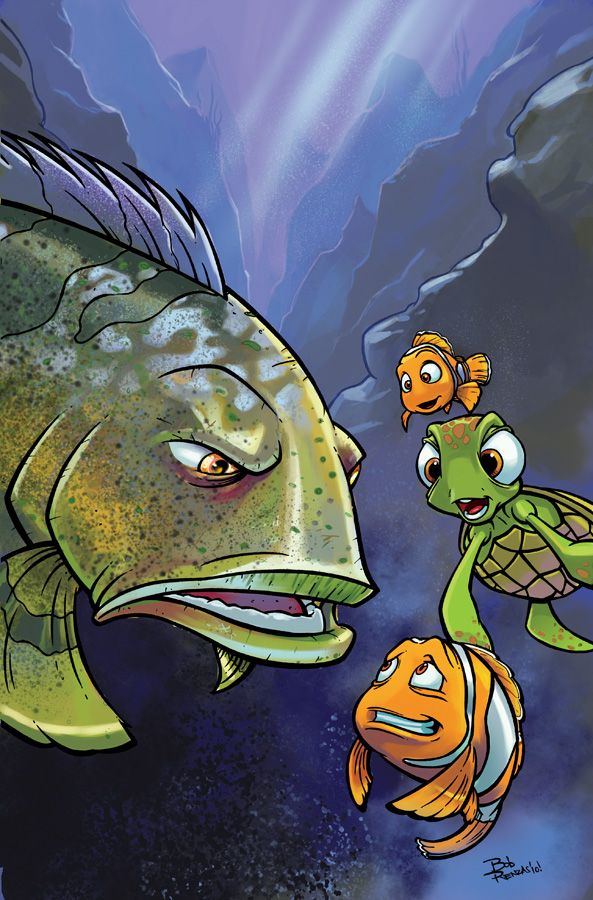 On their adventure, they come up with many creatures, and one of them is already described in the title of this poster! 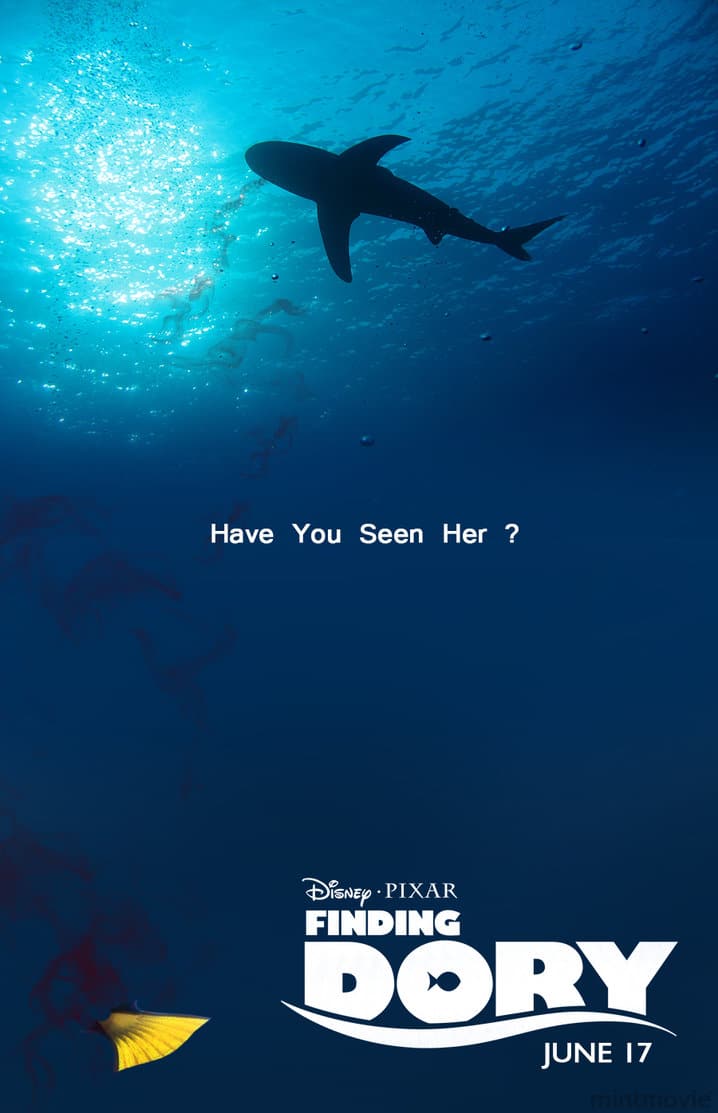 What will happen to Dory in this movie? Watch this movie after reading this post of ” Finding Dory Poster Collection “. 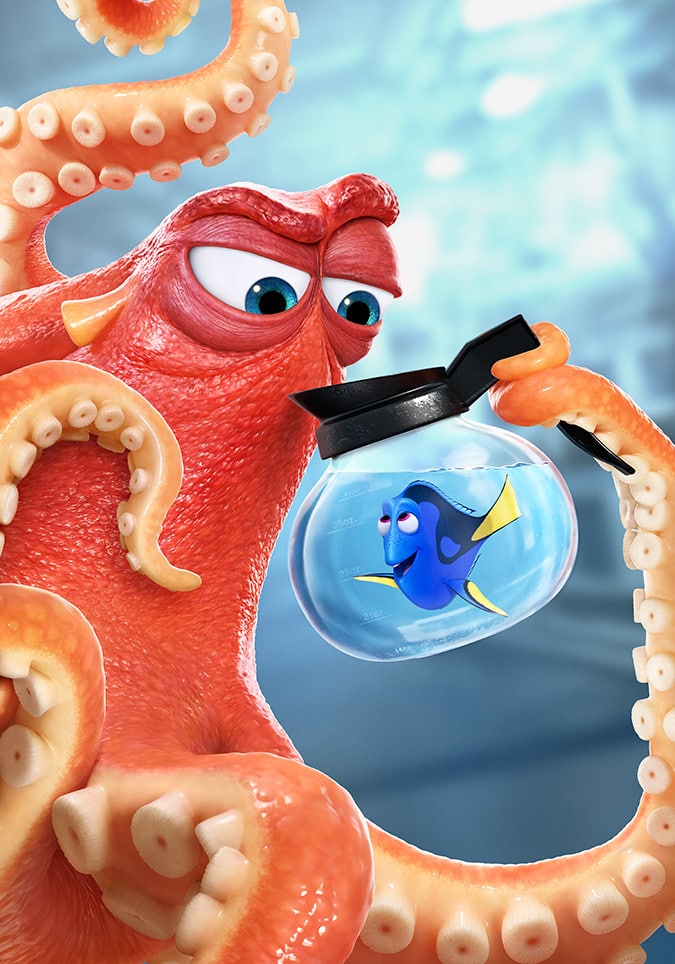 Hank is the best thing happened in the movie! He is an octopus or septopus if that is a real thing, and he has a very good heart… Ok, maybe not very good heart, but he has 3 hearts. Am I the only one who was shocked by this fact? 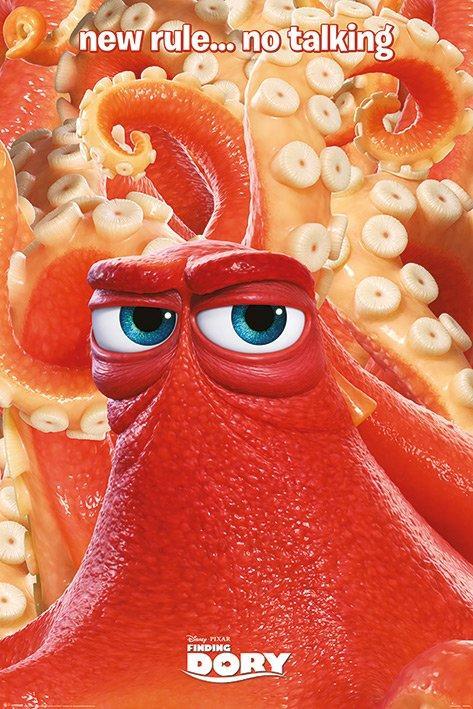 Hank is the coolest guy in the whole movie, although, everyone lives in water in this movie, so all are cool (too lame joke!), but he has an awesome style of talking! 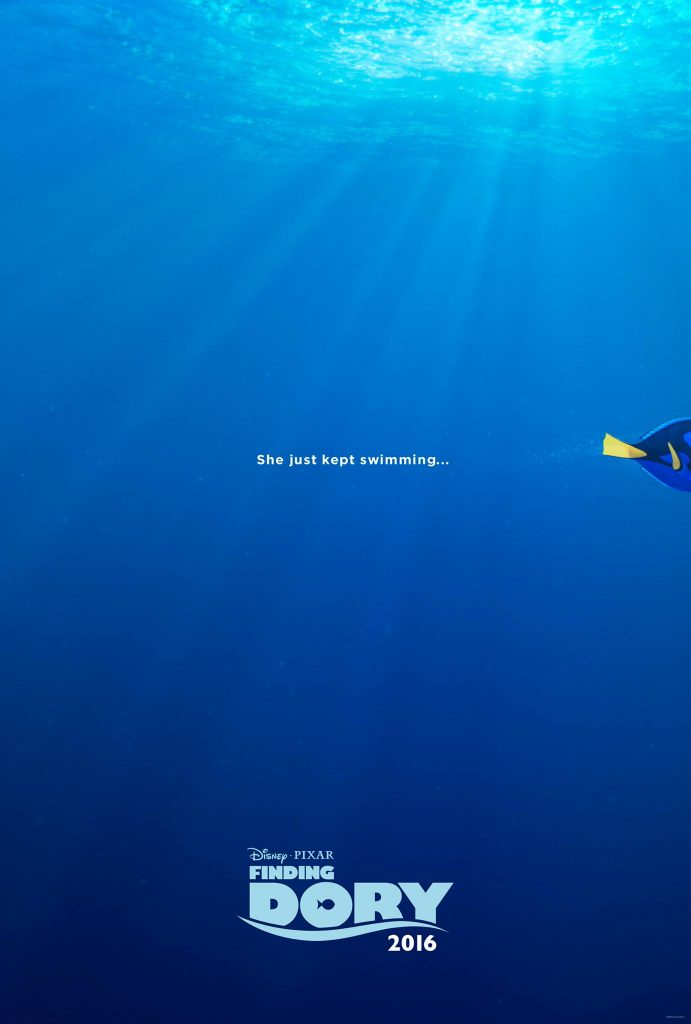 When Dory was a very little girl (Baby fishes are actually called Guppies. Just trying to show off my brilliant mind!), her parents told her that, if you ever get lost, just keep swimming. I don’t what a fish can do except that? 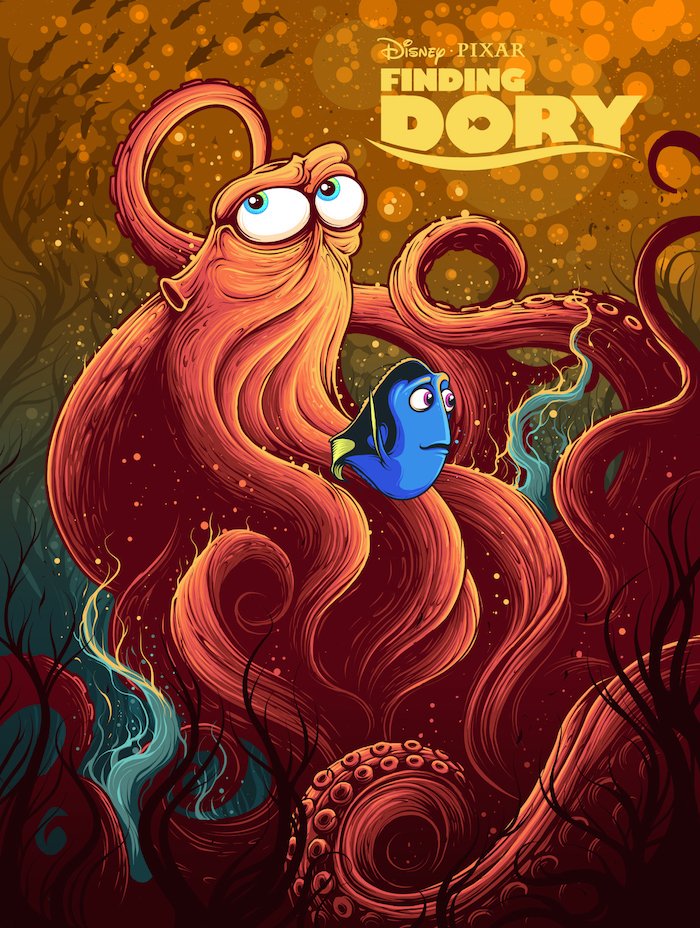 Hank was the hardest character to create for Pixar. In fact, it took 22 weeks to give texture to this character, whereas, on average, this process takes only around 8 weeks. 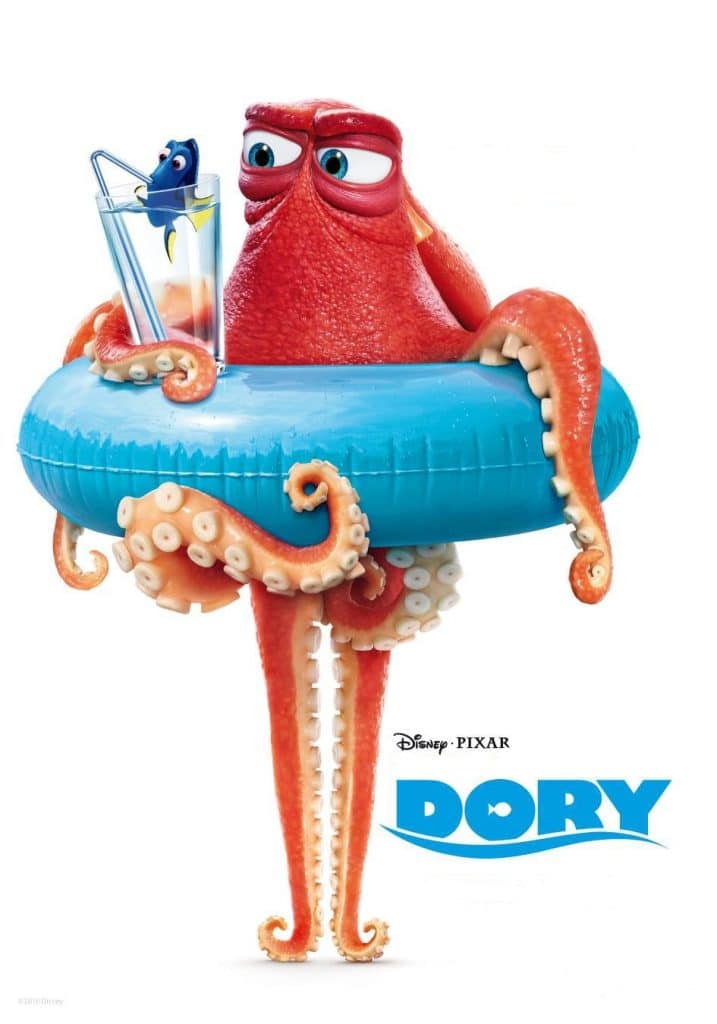 Hank’s character was so hard to create that the makers gave him only 7 tentacles. Yes, that is the real reason that why he is called a Septopus, and they blamed it all to small kids in the movie. Great move! 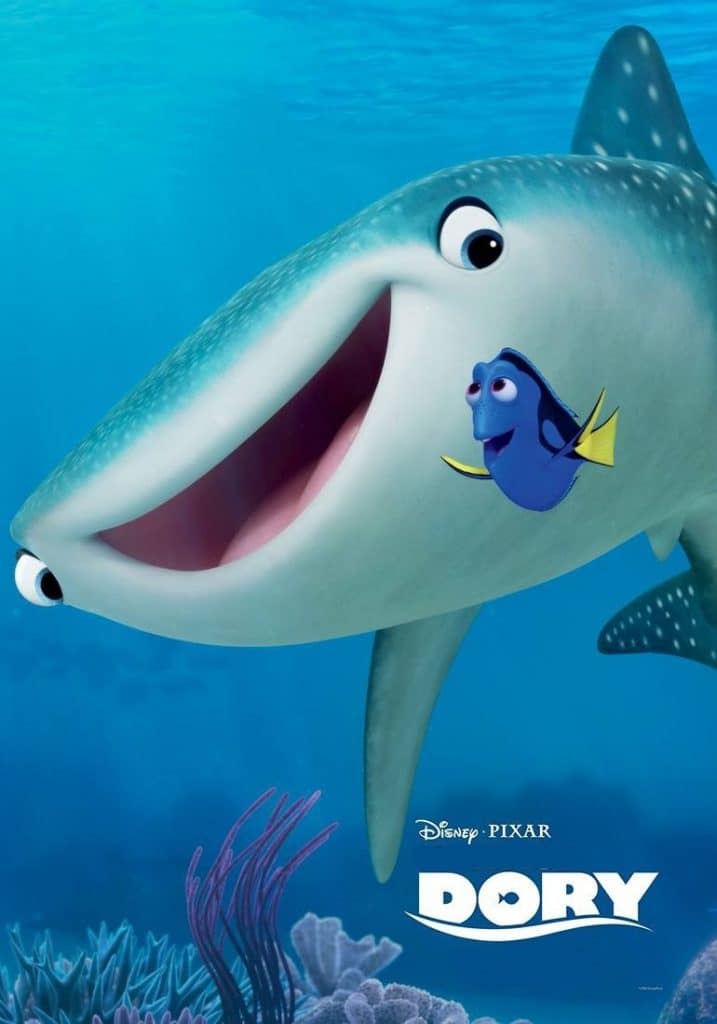 Make your “Destiny” be all “Clear” to you. If you “can’t see” your Destiny, then work hard for it! (Anyone who have seen this movie, know what I’m talking about!)

15. Keep Getting Lost, They Will Find You Anyway! 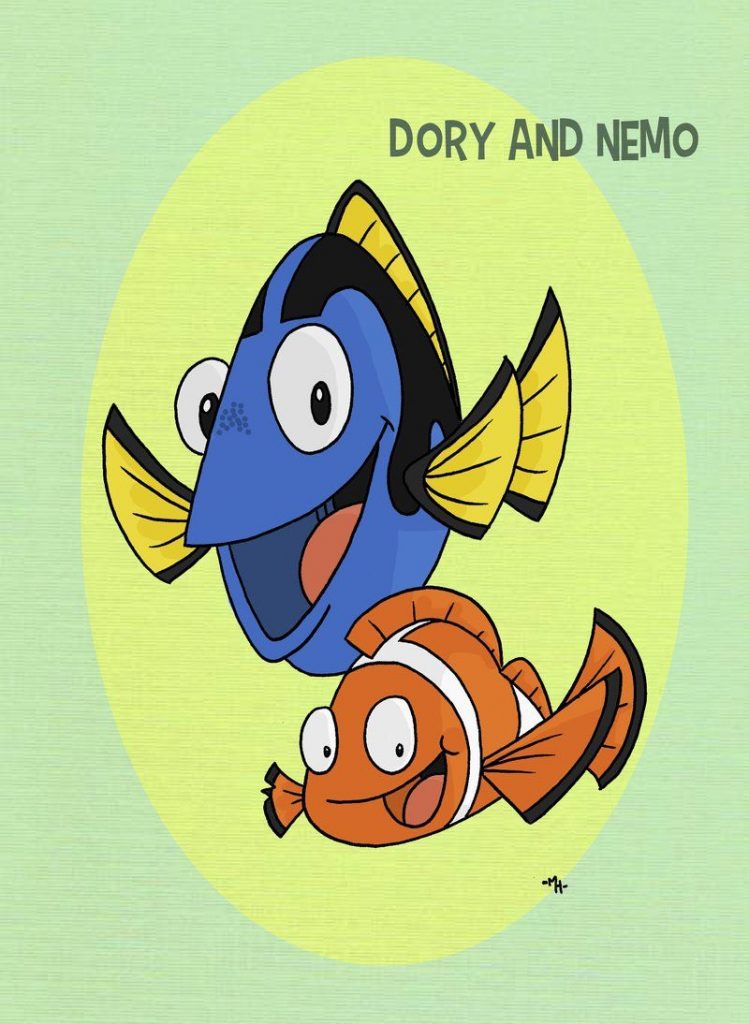 First Nemo, now Dory, who’s next? Marlin? I don’t know why they all keep getting lost? But, damn, what a movie! I know, I shouldn’t say this again, but I can’t keep myself from saying that, THIS IS THE BEST MOVIE EVER! Actually, I consider it the second best modern (in last 10 years) animated movie, as the first one was Zootopia!

The adventure is not over yet. Keep scrolling for more Finding Dory poster. 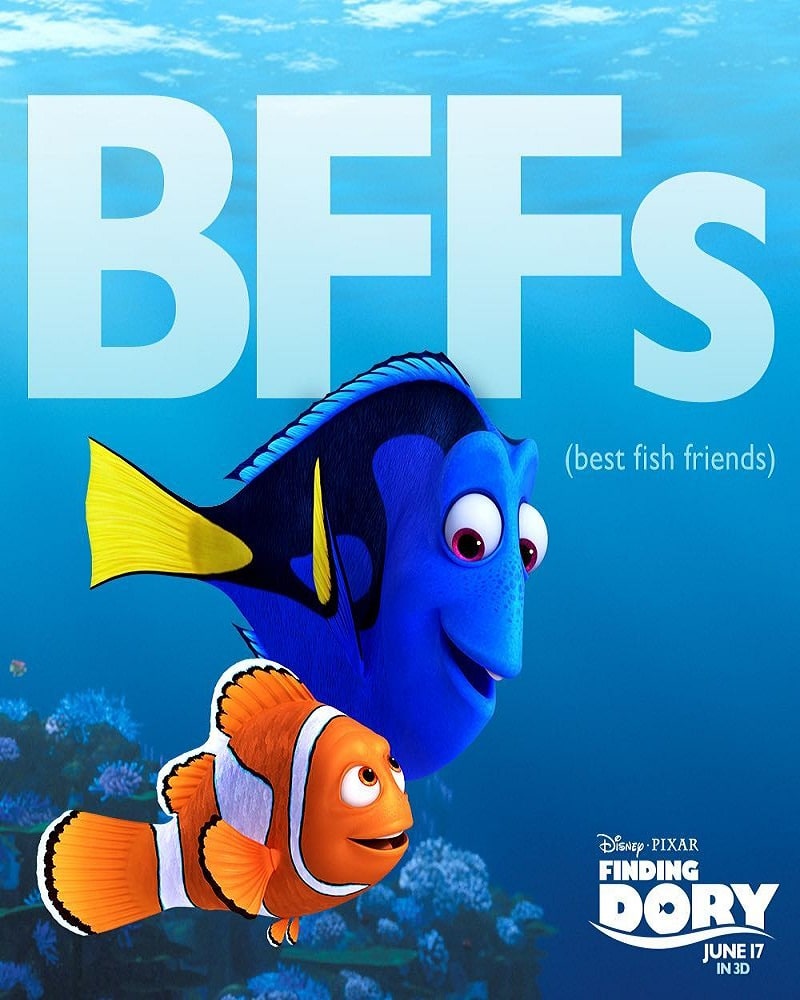 Nemo and Marlin are the only best friends Dory got and they are so good that they got themselves in danger to find Dory. And then, there are my friends, who wouldn’t even file a complaint if I go missing! 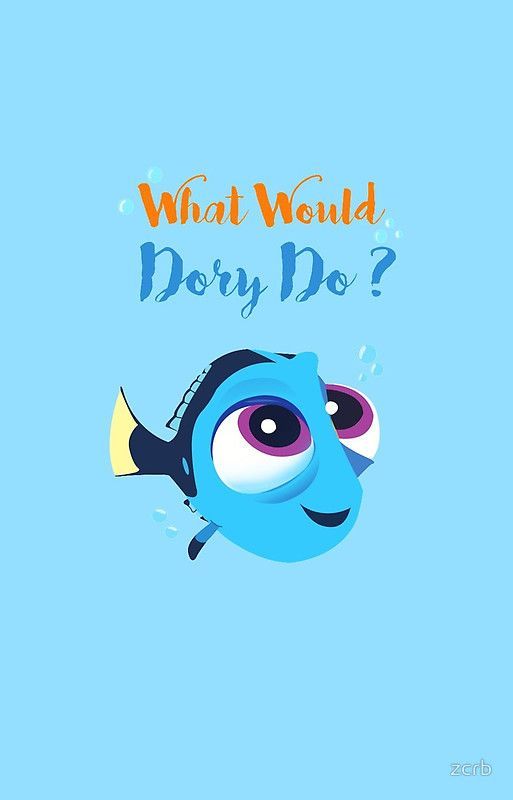 Download this poster, print it, and paste it on your wall. If you ever stuck in a problem, look at this poster and just think, What would Dory do? This is not going to solve your problem in any way, but, it will motivate you to watch the movie again! 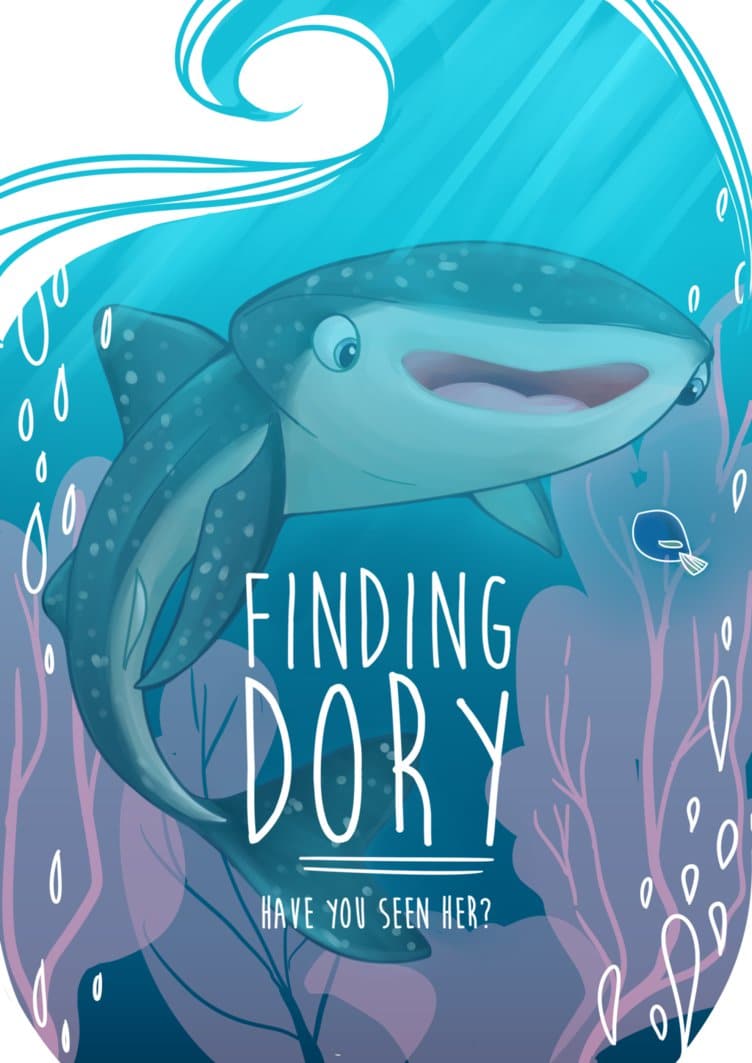 “Soap n’ lotion” is the important part of the movie. Watch it, if you haven’t yet (Obviously, after reading the whole article!) 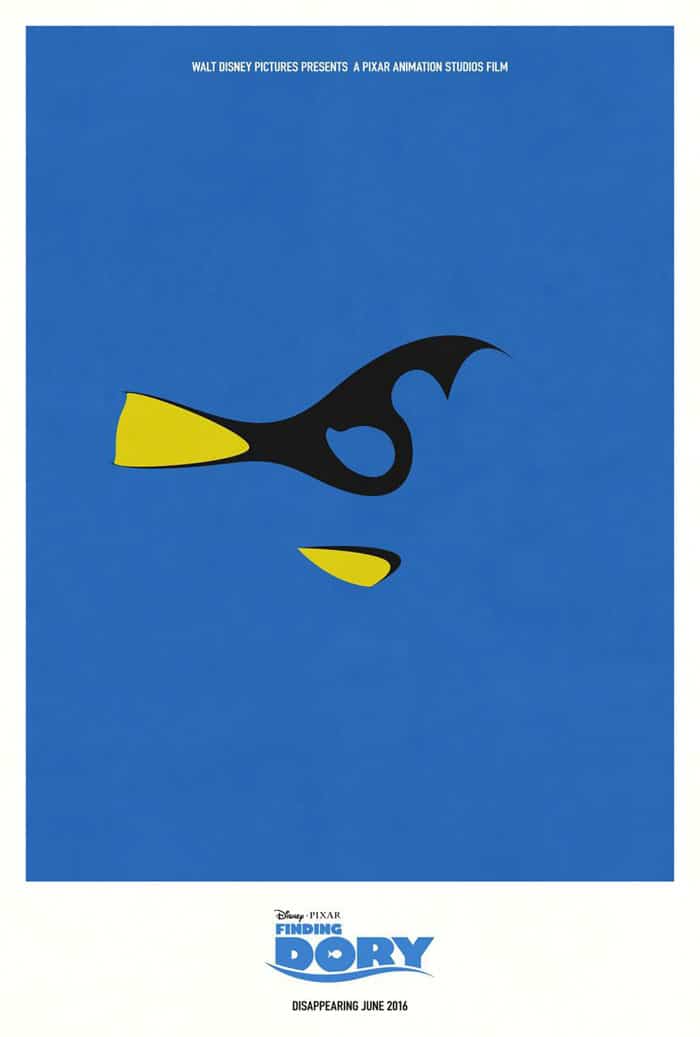 I like the promotion techniques of both, Marvel and Disney. So damn cool! 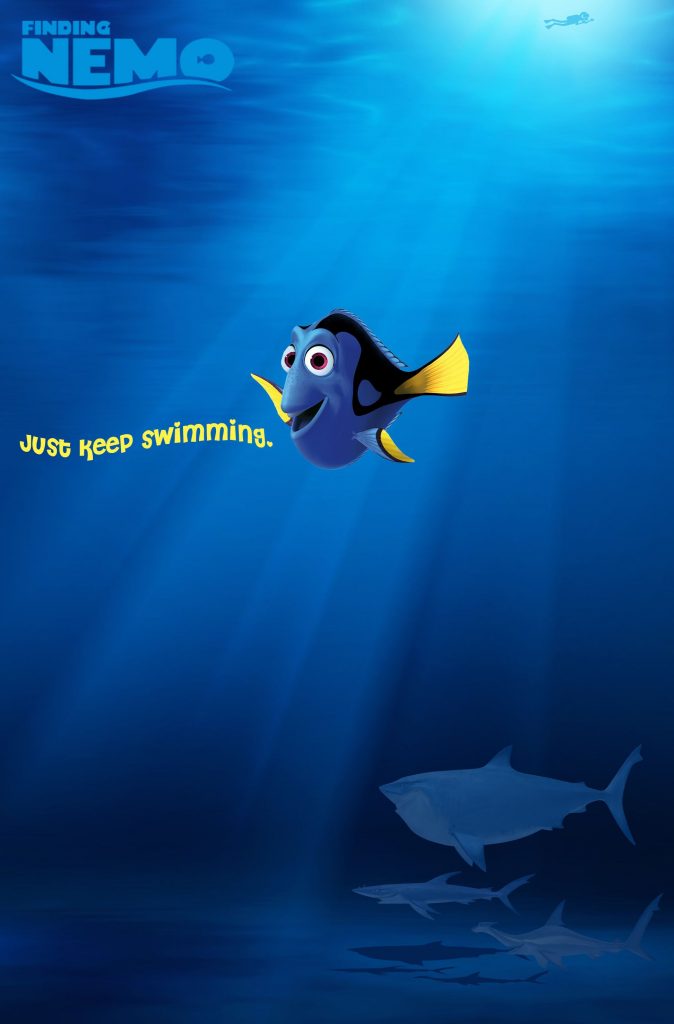 The idea for the movie came into existence when the director of “Finding Nemo” watched the movie for the first time in 2010. I don’t why he never watched that movie before that? 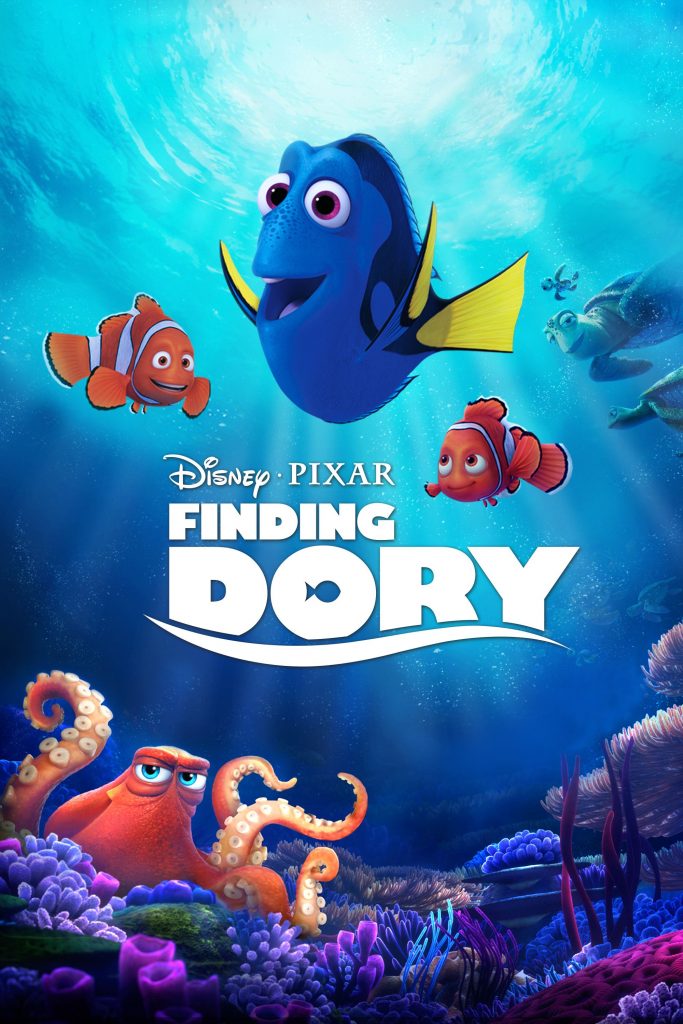 Everyone in the movie is disabled, or I should say, “specially abled” (so that no one gets offended) except Marlin. Dory suffer from “Short Term Remembory Loss”, Hank is “Septopus”, and we all already know about Nemo that he has one fin shorter than another one(by the way, that doesn’t matter in this movie). I don’t know why makers love to do that? 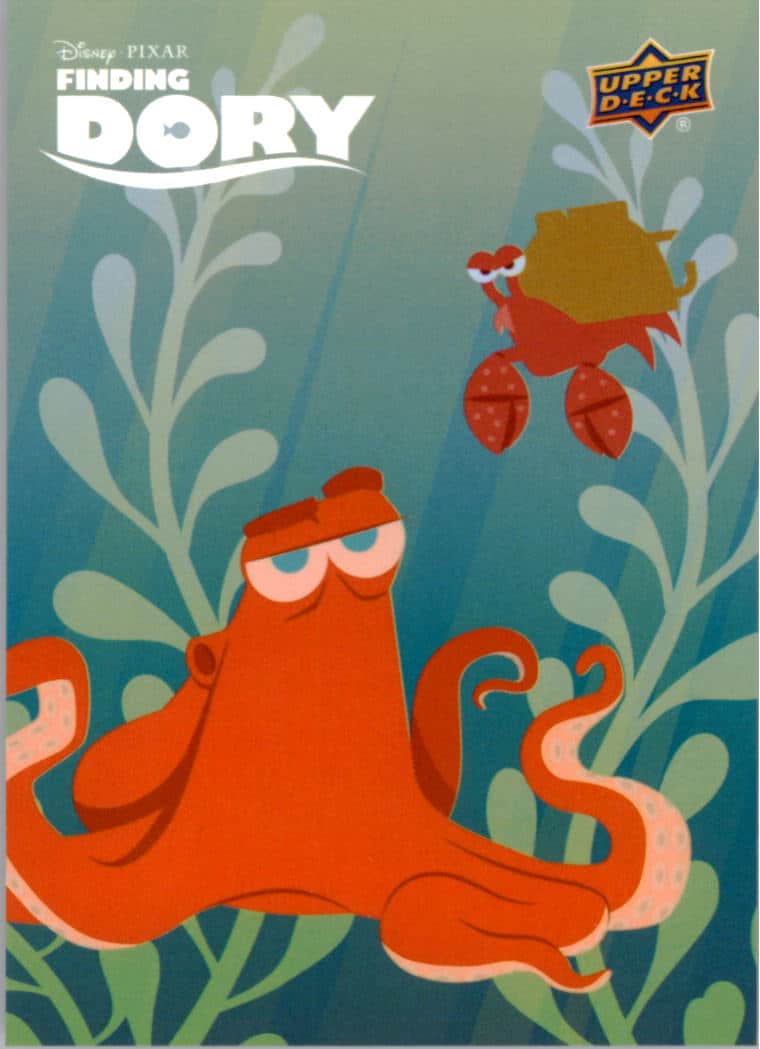 Do you know that Octopus can change its color? You already knew that? I was amazed by this fact! Okay, I need to study GK again. But this guy is awesome at hiding and it reminds me of James Bond, even though, I have never watched any James Bond movies. 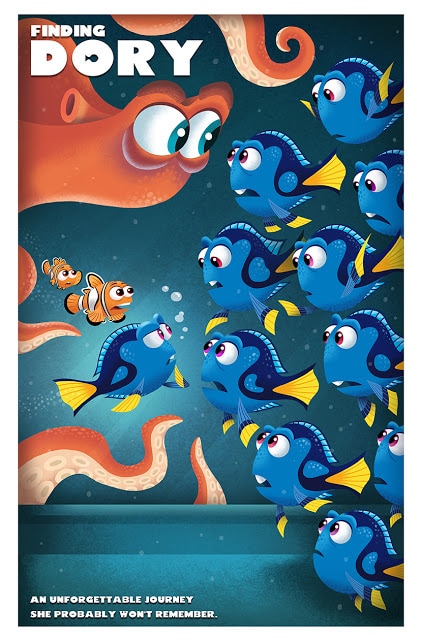 Dory goes to find her parents and she found a large troop of Blue Tang fish (Yes, I know so much about fishes because I’m a genius guy, or you can say, I have internet!). There she tries to find them, but was not successful! Or, was she?

24. Researching Is The Key. Really? 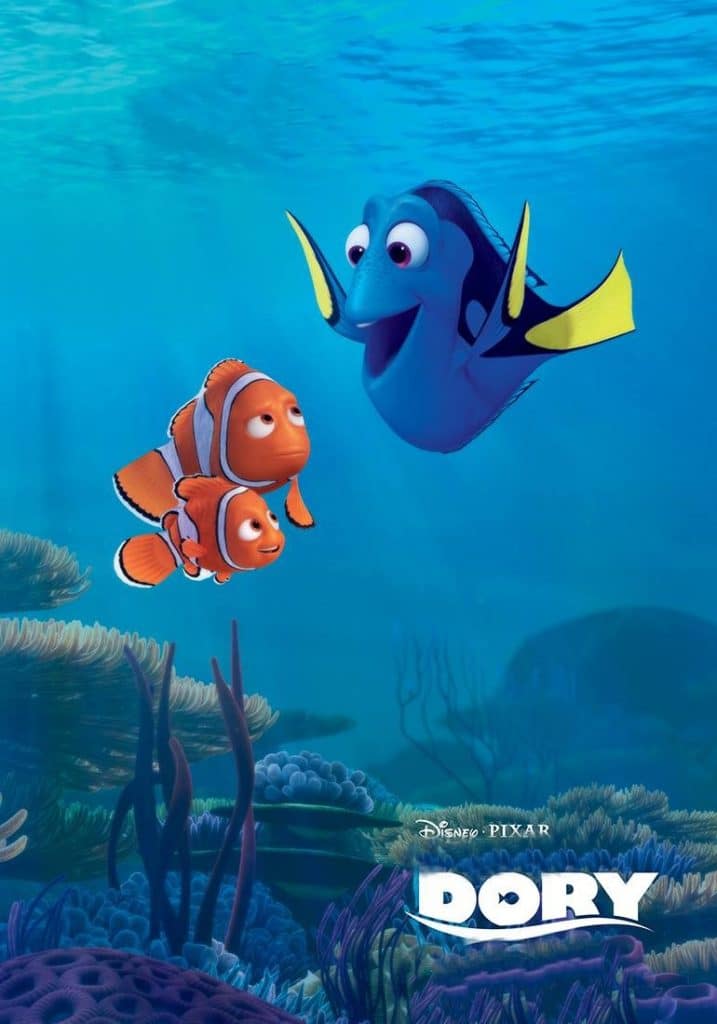 All the crew members including director went to The Jewel Bay Of California to research on the place. Kailey Olson researched on whales for her role as Destiny. Moreover, Ellen already was a part of “Finding Nemo” movie, but she still did some research for her role as Dory, and almost everyone researched for their respective roles. But Ed’ O’Neil who voiced Hank, is as cool as Hank. In the name of research, he just googled “mimic octopus”, that’s all. And he nailed it! 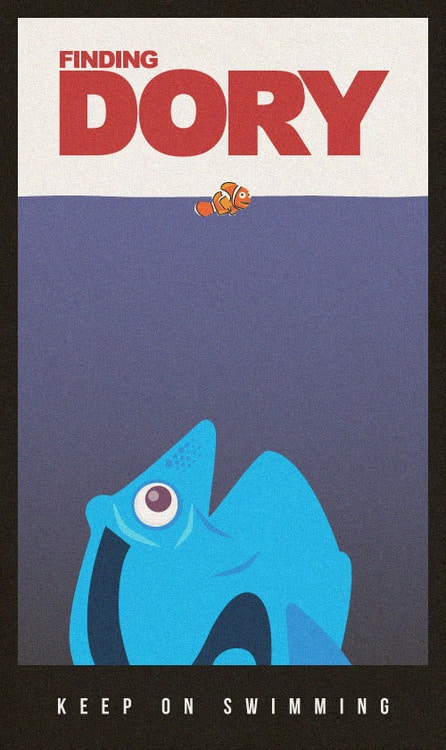 The movie ends with an awesome adventure. I can’t explain how excited I was in the ending scenes, in words. That was awesome!

Now, as always, if you are really a big fan of this movie, you would still be here! So, here is a treat for you! 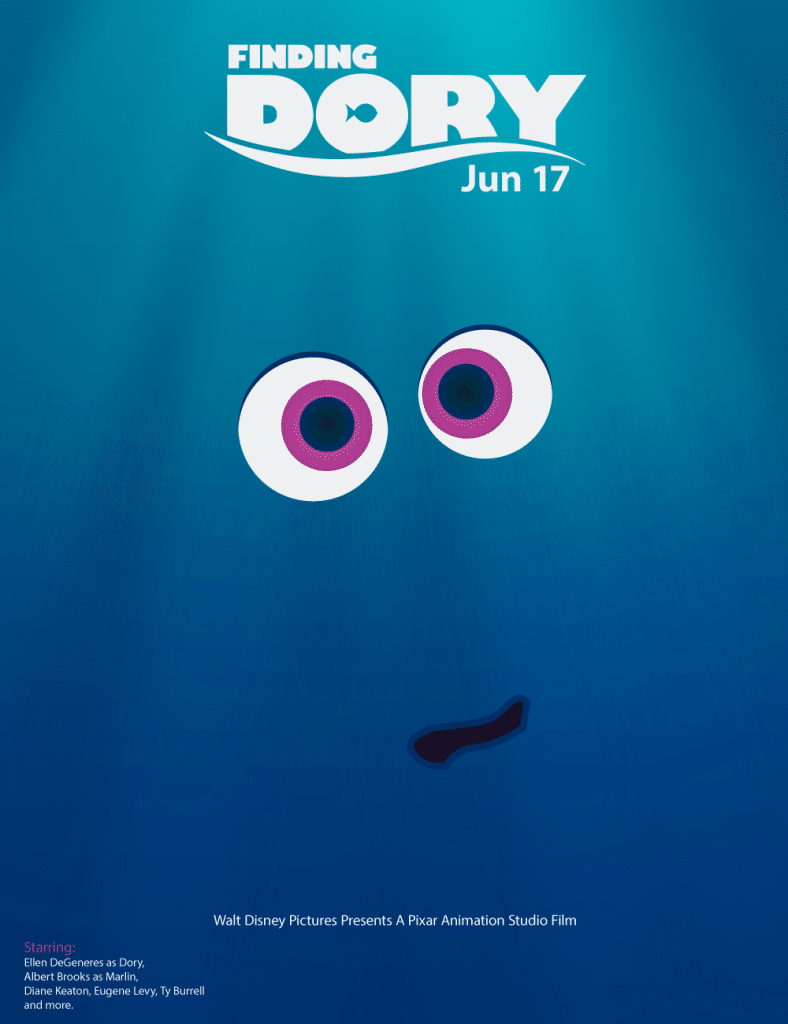 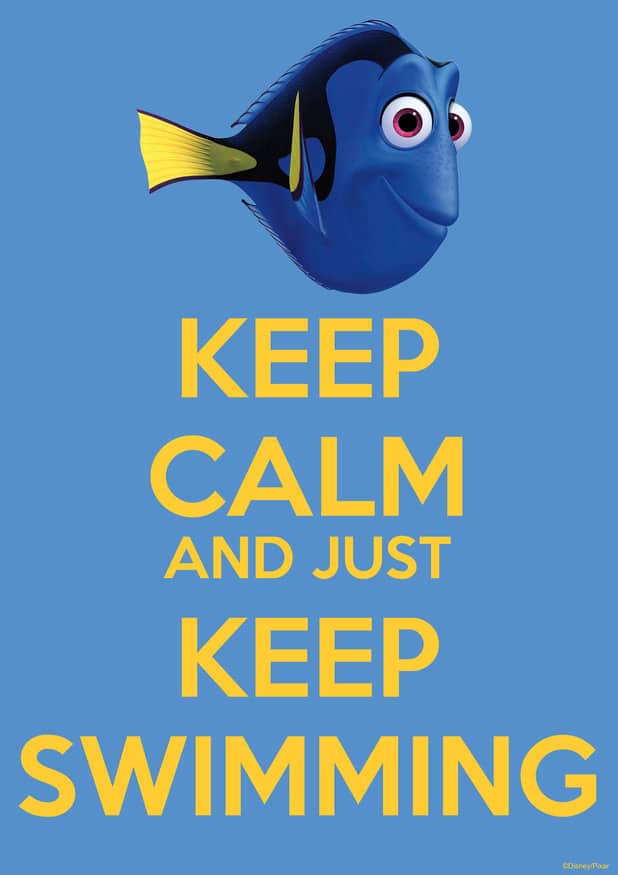 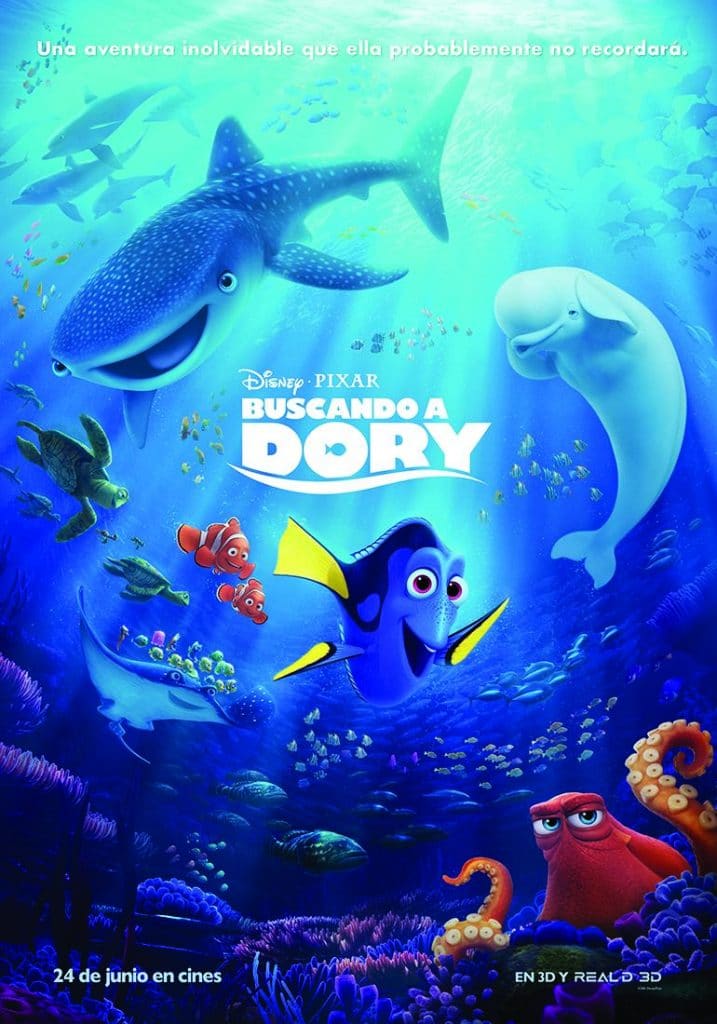 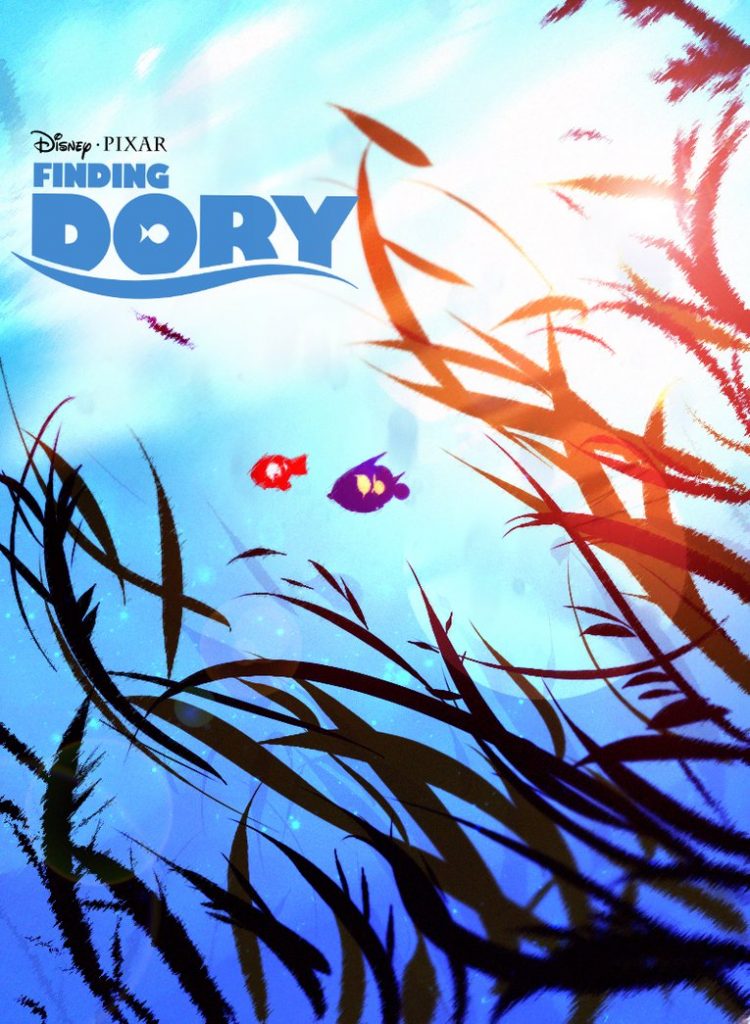 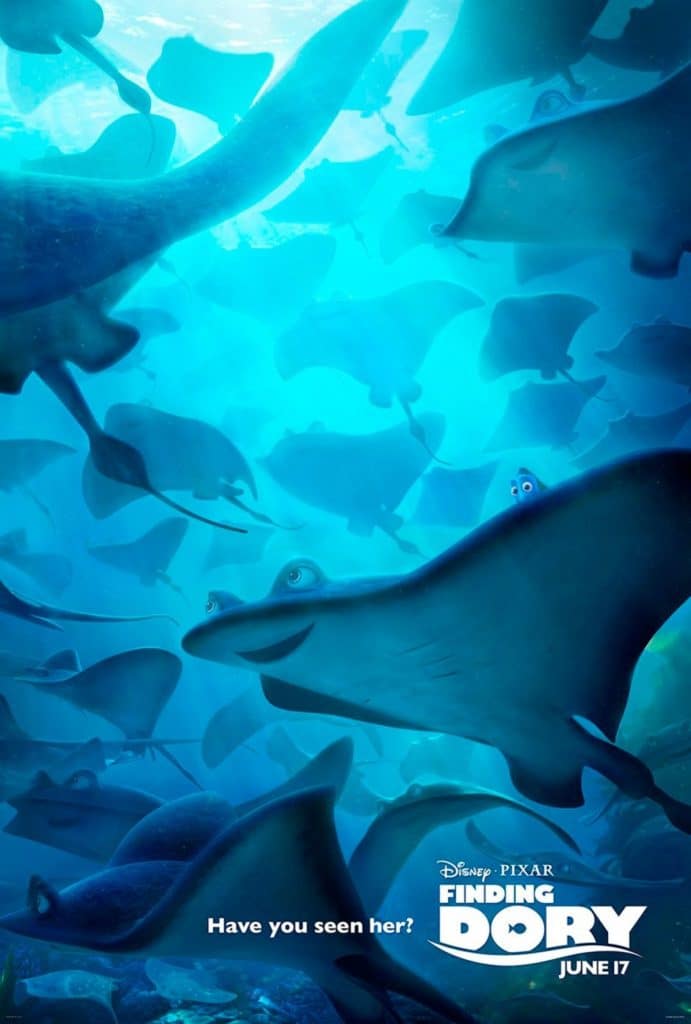 And anyone can download its posters too! You just have to right-click the poster and click “save image”! Share this post with your friends, so they also start finding dory. And don’t forget to bookmark this website as we bring you high-quality posters for free.

Now go watch this movie if you haven’t yet, and then read this article again, you will know that how relatable this article was.

Ohh, did I told you that this movie also features the tank gang guys who were in Finding Nemo movie? Go watch the full movie till the end for them!