You all know that I’m a hardcore Marvel‘s fan, but I respect every comic fan out there. In fact, I remember, when I was young around 7 or 8 years old, I used to watch Justice League’s cartoon and that was the best cartoon ever (And still is). So, DC has come with Batman Vs Superman to create a base for its upcoming awesome movies. And here we are, with amazing printable Batman V Superman poster.

Let’s start with some storytelling.

After the destruction of Metropolis, people were trying to determine whether Superman should be praised as a hero or should turn himself over to the authorities. And Batman, on the other hand, considers Superman as an absolute danger for the humanity and plans to take on the Man Of Steel himself. Meanwhile, Lex Luther was planning his own evil plan to destroy the mankind while Diana Prince or say Wonder Woman, pursues her own plans. Let’s see who wins the race of “Justice”?

Let’s get into the fight between Batman and Superman!

The movie was released on 25 March 2016. However, this was not exactly the official poster for the movie, the original one had the movie’s name and other detail on it, but we thought this one will look cooler on your walls.

The fight of Zod and Superman destroyed almost the whole Metropolis city. Batman was arrived just some minutes ago (I don’t know how the hell do the superheroes have so many co-incidence) and was welcomed by the scene of the destruction of the city.

In the movie, our “Dark Knight” is against our “Man of Steel”. Superman has the power to destroy the whole of mankind in just seconds and he already caused the deaths of thousands of people, so Batman thinks he should be killed before the number increases to millions or billions.

As we are talking about the numbers, then we should talk about some more millions. The collection of the movie was more than $850 million, on a budget of around $300 million (I think almost all of them must have regretted buying the tickets).

Superman’s statue which was placed in the “Park of Heroes” was sprayed by the words “False God” by a former employee of Wayne Enterprises (No, it do not have anything to do with Bruce Wayne personally).

The movie is more of a “Superman” sequel than a “Batman” movie because it starts with the scene of Superman and General Zod fighting with each other and Bruce Wayne arrives late. So, first come, first serve!

The movie is all about killing Superman. I mean, seriously? Batman really have big dreams! But I think they are childish!

The movie creates a base for DC’s upcoming movies. Besides that, Wonder Woman has its first appearance in this movie. Moreover, it also features some cameos of other members of the team.

Wonder Woman, Gal Gadot, has done a great job. Though I would like to tell the makers that if she is young and beautiful “grandma”, it doesn’t mean that you have to use the old style soundtrack too. In other words, the soundtrack on Wonder Woman’s entry is so old style. By the way, wonderful woman…uhh, I mean Gal Gadot is fit for the role of Wonder Woman!

This movie leaves you with a reason to watch “Wonder Woman” movie. The reason is clear. Yes, of course, the reason is Gal Gadot!

Though, Batman is trying to kill Superman in the movie (we all know his efforts are useless), he still loves Superman and regrets his actions later!

I think they are referring to Batman’s tummy by “Bigger”.

I don’t know why Batman looks so awkward here?

I used to think that Batman is the coolest hero of DC universe and I love this hero so much. But now I think that this was Christian Bale who made us a huge fan of Batman.

Believe me or not, this poster of “Batman V Superman” contains spoiler of the Justice League!

The movie is kind of serious one. It does not include much comedy. But if you are a DC fan, then this is a must to watch the movie.

In every movie, we see a new Batsuit. So, makers have given Batman a new look, that is awesome. This is made of some strong metal (fictional).

Superman is just a monkey in the middle of Lex Luther and Batman. Because, if he fights Batman, he will die and if not, his mother will!

At the University of Victoria in Canada, there is actually a course called ‘The Science of Batman’. The course description is: “The extreme range of adaptability of the human body explored through the life of the Caped Crusader” (I don’t know why I am having a sudden urge to study hard in that university).

In an interview with Jimmy Fallon, Ben Affleck (who played Batman) said he was warned by Warner Bros. about the possible negative reaction to his casting and was advised to remain off the Internet after the casting announcement.

He also said to assuage his concerns, the studio showed him negative comments that fans had initially made to previous superhero castings. Affleck said in spite of the studio warnings, he still checked out an online message board. The first comment he read was, “Affleck as Batman? NOOO!” After seeing that, he immediately went offline.

There was a crossover between Marvel and DC in which Batman merged with Wolverine creating a character known as Logan Wayne or Dark Claw. He had Wolverine’s classic yellow costume, adamantium claws, and Batman’s trademark cape. So, we all are one, comic fans (Though it is true that Marvel is better. JK, No Offense please!).

Superman’s powers include incredible strength, the ability to fly. X-ray vision, super speed, invulnerability to most attacks, super hearing, and super breath. Also, he is nearly unstoppable. However, Superman does have one weakness though, that is Kryptonite. When exposed to this radioactive element from his home planet, he becomes weak and helpless.

You may wonder how his costume is able to remain fairly undamaged in most battles unlike other superheroes, who get discount from their tailors for coming so frequently.  This is due to his bio-electric aura that is just above his skin, protected his skin-tight costume as well as helping his invulnerability.

Clark Kent is also a character in the Marvel universe, where he is actually just a mild-mannered reporter and nothing more.

So, here we are for our little champs with Lego Batman V Superman poster.

It’s a spoiler, but Superman will die in this movie, hard to believe right? But it is true (at least for some time).

The final fight, for which we watched the whole movie, lasts only 8 minutes, and Batman leaves the idea to save the mankind, just because both guys’ mothers have the same name. What a great move Bruce!

28. Have You Forgotten The Email Mr. Detective?

In one scene, Superman asks Batman if she (Wonder Woman) is with him or not, on which Batman replies “I thought she is with you”. Now just tell me, what the shit happened to that email which Bruce sent to her just before half an hour of their meeting?

29. What Happened To Your “Super” Hearing Capacity, My Friend?

When Lois was in danger, Superman hears her out and comes immediately even when he was miles away. But what happened to his ears when his own mom was in danger? So, it means that we should love and help our mom only when its Mother’s Day, right? He is dumb, you don’t be one.

So, go and help your mom out in anything she is doing after reading this article, (because I’m working on it from 2 days) believe me, she loves you!

No, of course not, I was just telling the facts! Kidding, I had nothing to write so “I wrote my heart out”!

I know this article was a bit boring, but I’m not much into DC comics, so it was hard to cope humor with the content. But it tried my best. And if you are still here, then here are some bonus posters for you. Enjoy Marvel… uhh… I mean… DC fans. 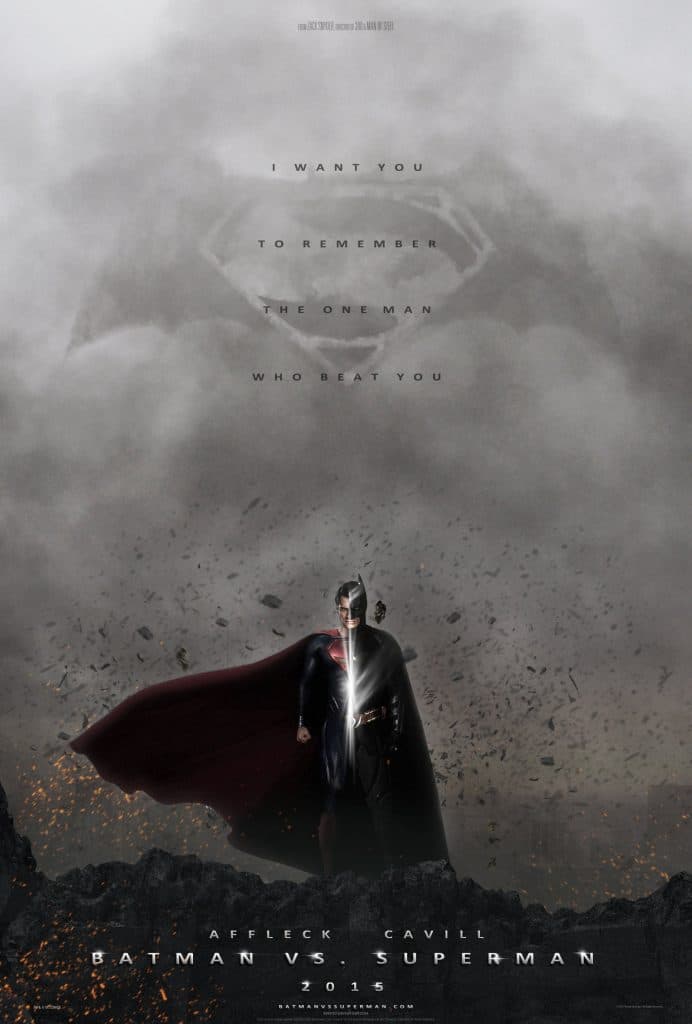 My final words would be painful for any DC fan, but this movie is only for DC fans and no one else. This movie is important to watch if you are a story enthusiast, it is the background for DC’s upcoming movies. If you are having insomnia than it is an absolute medicine for you. The movie is total drama and action, it does not contain much humor. So watch it at your own risk.

If you are searching for a better option then there are many movies reviewed with awesome posters on our website. So share this post, to save your friend’s life, you know what I mean! Also, bookmark this website because we bring you honest review with amazing high-quality printable posters.

More Movie posters on our site:

If you are still reading this, then here is a small but amazing fact for you:

DC’s full form is “Detective Comics”, which was named so because of Batman’s debut, and then it became the official name of the company.

Remember poster #29? Now go and help your mom out in her work!